Scattered damaging wind gusts will accompany a line of strong storms, which will move through the Mid-Atlantic on Thursday afternoon.

The FOX Weather Wire has live updates on the severe storms threatening the East Coast and impacting millions of Americans. Click here for live updates.

Following another outbreak of severe thunderstorms with widespread damaging winds and tornadoes across the storm-ravaged South, the severe weather threat now shifts to the East Coast on Thursday.

NOAA's Storm Prediction Center has issued Tornado Watches from Florida to the mid-Atlantic. 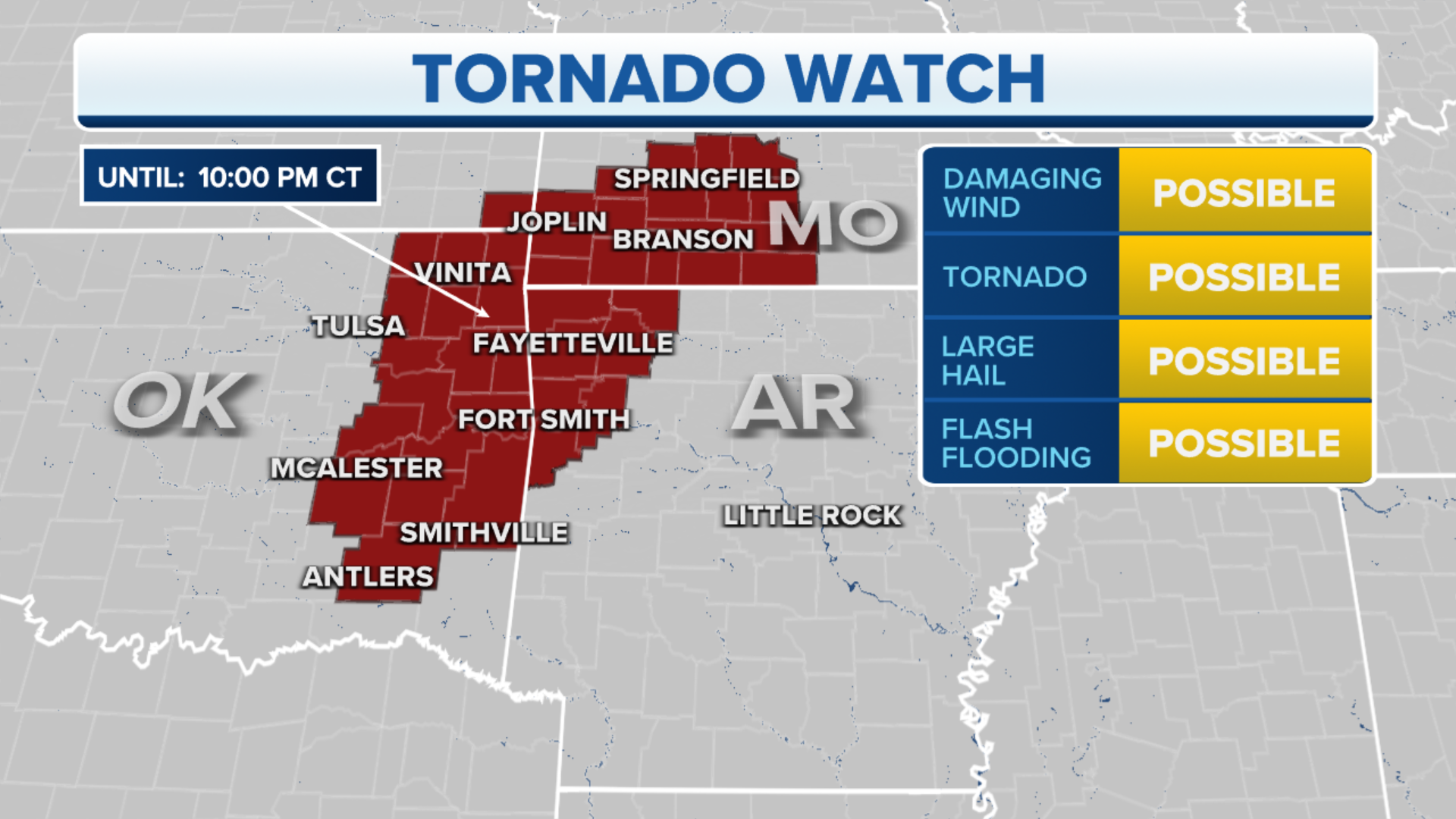 A Severe Thunderstorm Watch has also been issued for parts of the mid-Atlantic and the Northeast. 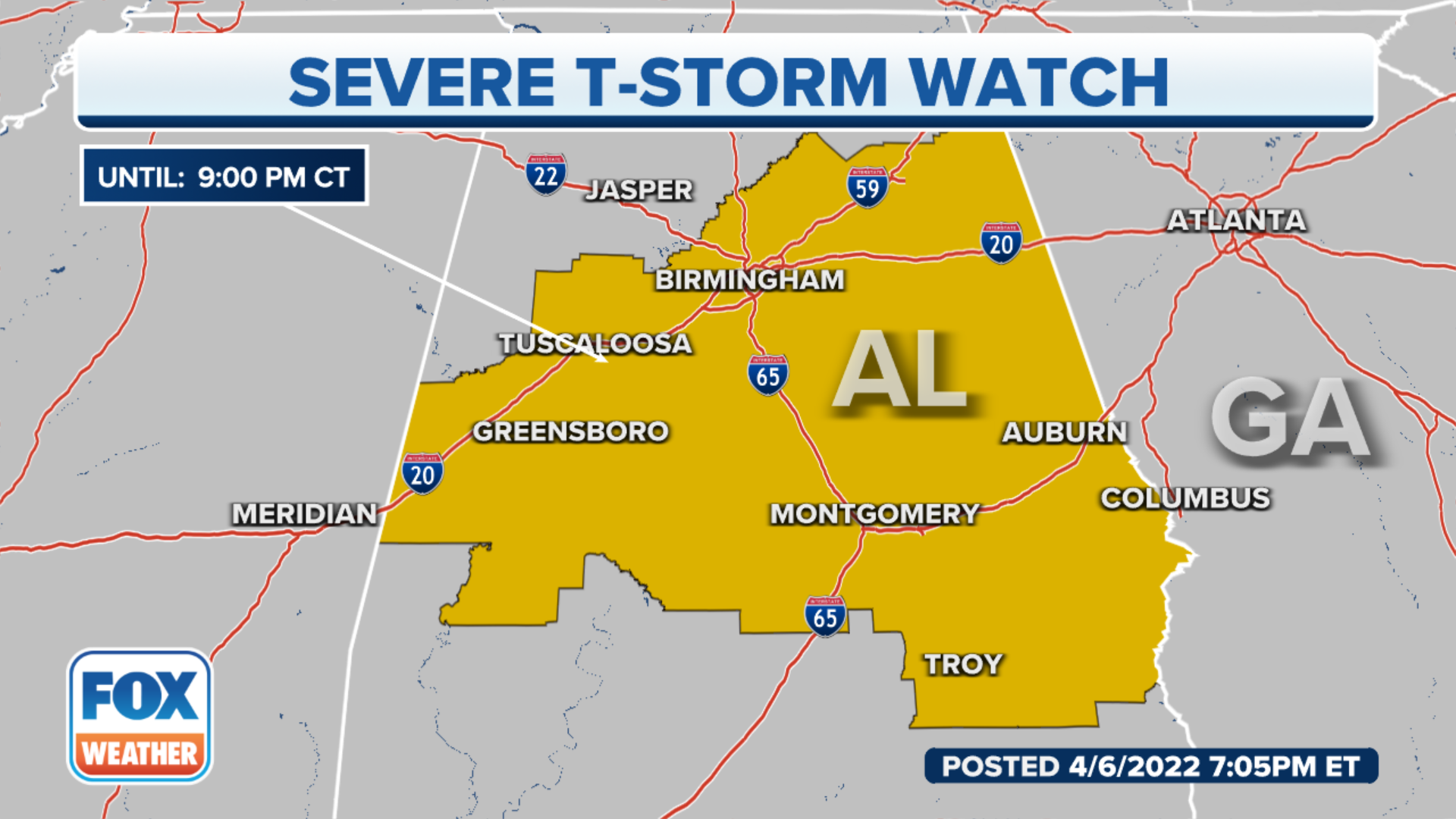 Severe storms on Wednesday and Wednesday night produced two-dozen reports of tornadoes from East Texas to the western Florida Panhandle. There were also 170 reports of wind damage or wind gusts over 58 mph across a widespread area from the Gulf Coast to the Ohio and Tennessee valleys.

Additional tornadoes could be confirmed in the coming days as the NWS continues to survey the storm damage across the South.

The line of thunderstorms responsible for Wednesday's severe weather is now racing across the Southeast and mid-Atlantic states on Thursday afternoon.

As this storm system continues to march eastward into Thursday evening, additional severe thunderstorms will be possible from northern Florida all the way up to New York's Hudson Valley.

The highest threat of severe weather is in the areas shaded in the darkest red on the map below, including parts of central and eastern Pennsylvania, Maryland and northern Virginia.

Damaging wind gusts will be the main concern with these storms, but a few tornadoes can't be ruled out.

WARMTH MOVES INTO NORTHEAST ON THURSDAY AHEAD OF POSSIBLE SEVERE STORMS 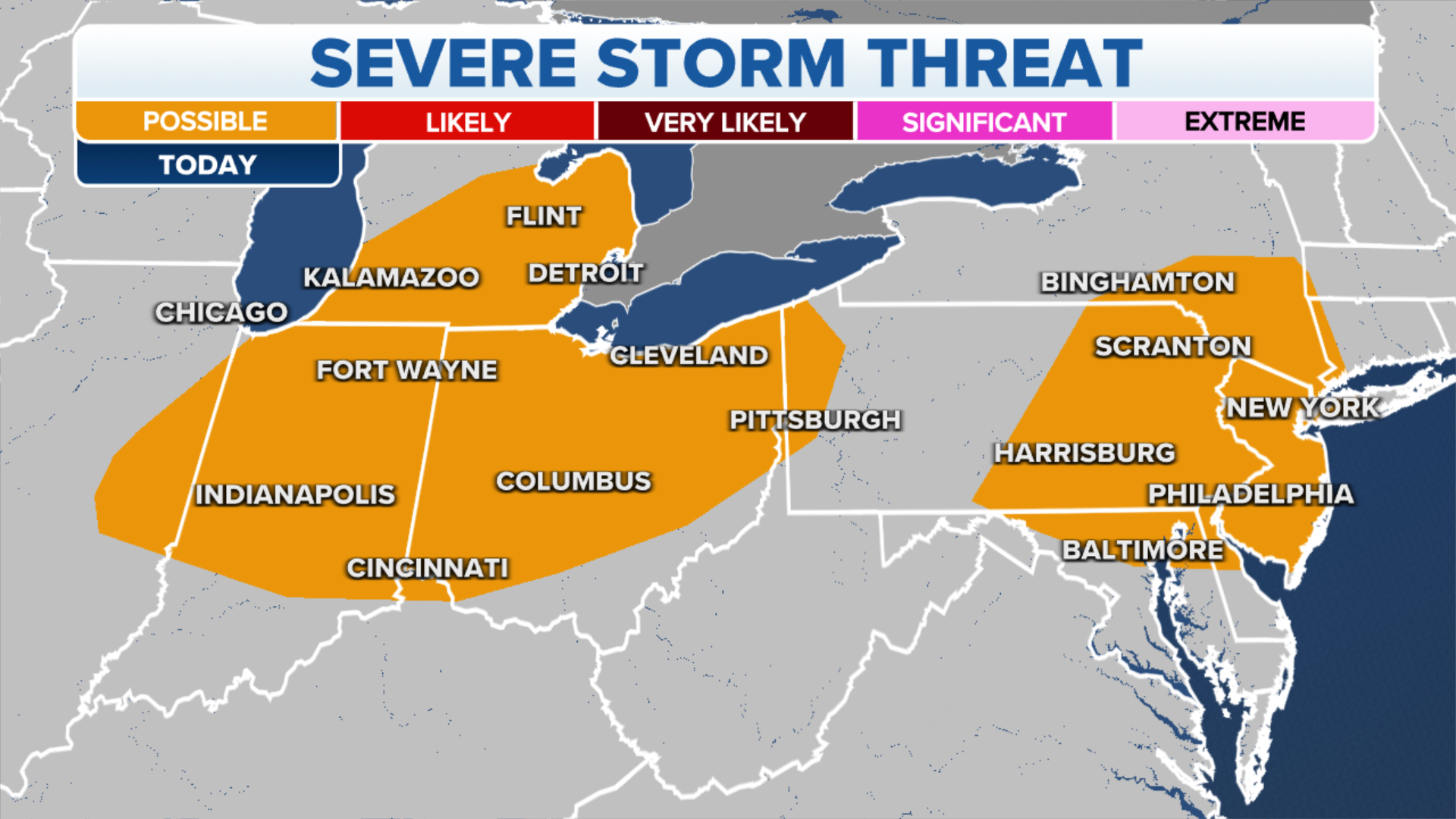 The system responsible for this week's severe weather threat will push off the East Coast by Friday.

Be sure to download the FOX Weather app for the latest forecast and weather alerts for your exact location, plus our channel's 24/7 livestream – now featuring a new, all-star lineup with live programming weekdays from 6 a.m. to 10 p.m. Eastern time.