NHC: 90% chance of development in Pacific for second named storm of season

The National Hurricane Center is monitoring a disturbance off the coast of southwestern Mexico that it says has a 90% chance of becoming the Eastern Pacific’s second named storm of the season.

The National Hurricane Center is monitoring a disturbance off the coast of southwestern Mexico that it says has a high likelihood of becoming the Eastern Pacific’s second named storm of the season.

Forecast models show gradual organization as conditions become more conducive for development and potential strengthening, and it's likely that a tropical depression will form within the next day or two while the system moves slowly northwestward off the southwestern coast of Mexico.

Forecasters say the disturbance has a 90% chance of development, and if it reaches tropical storm status – meaning it has maximum sustained winds of at least 40 mph – it will be named "Blas." 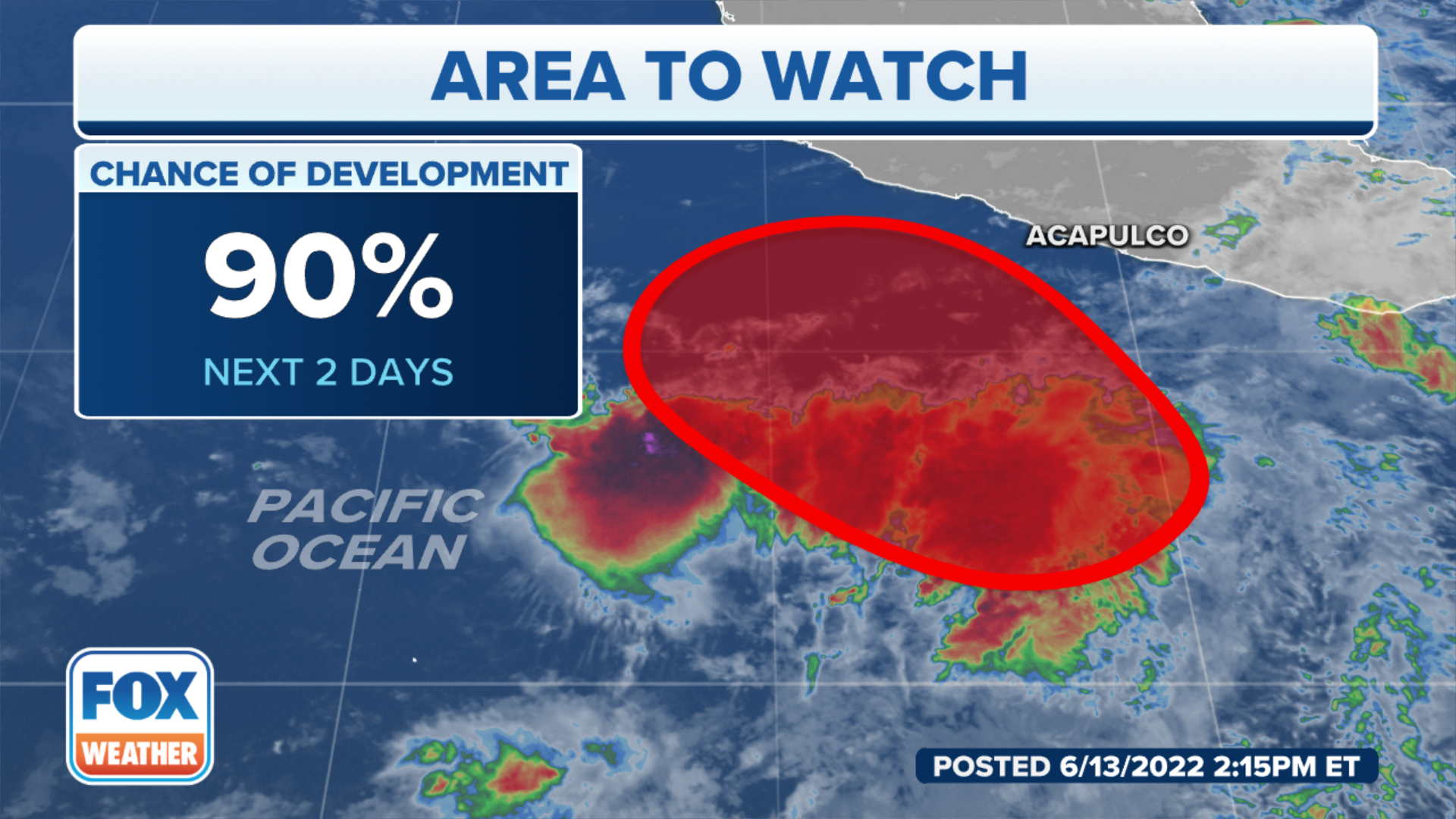 The National Hurricane Center is monitoring an area off the coast of southwestern Mexico for possible tropical development within the next day or two.
(FOX Weather)

Unlike Agatha, which made landfall along Mexico’s coast in May, forecast models suggest this developing tropical cyclone will parallel the coastline, keeping the worst of the rain and wind impacts offshore.

But meteorologists say the exact magnitude of any impacts will depend on where a center of circulation forms.

If the disturbance organizes closer to the coast, areas from Puerto Escondido to Manzanillo in southwestern Mexico could see some rain and locally gusty winds. 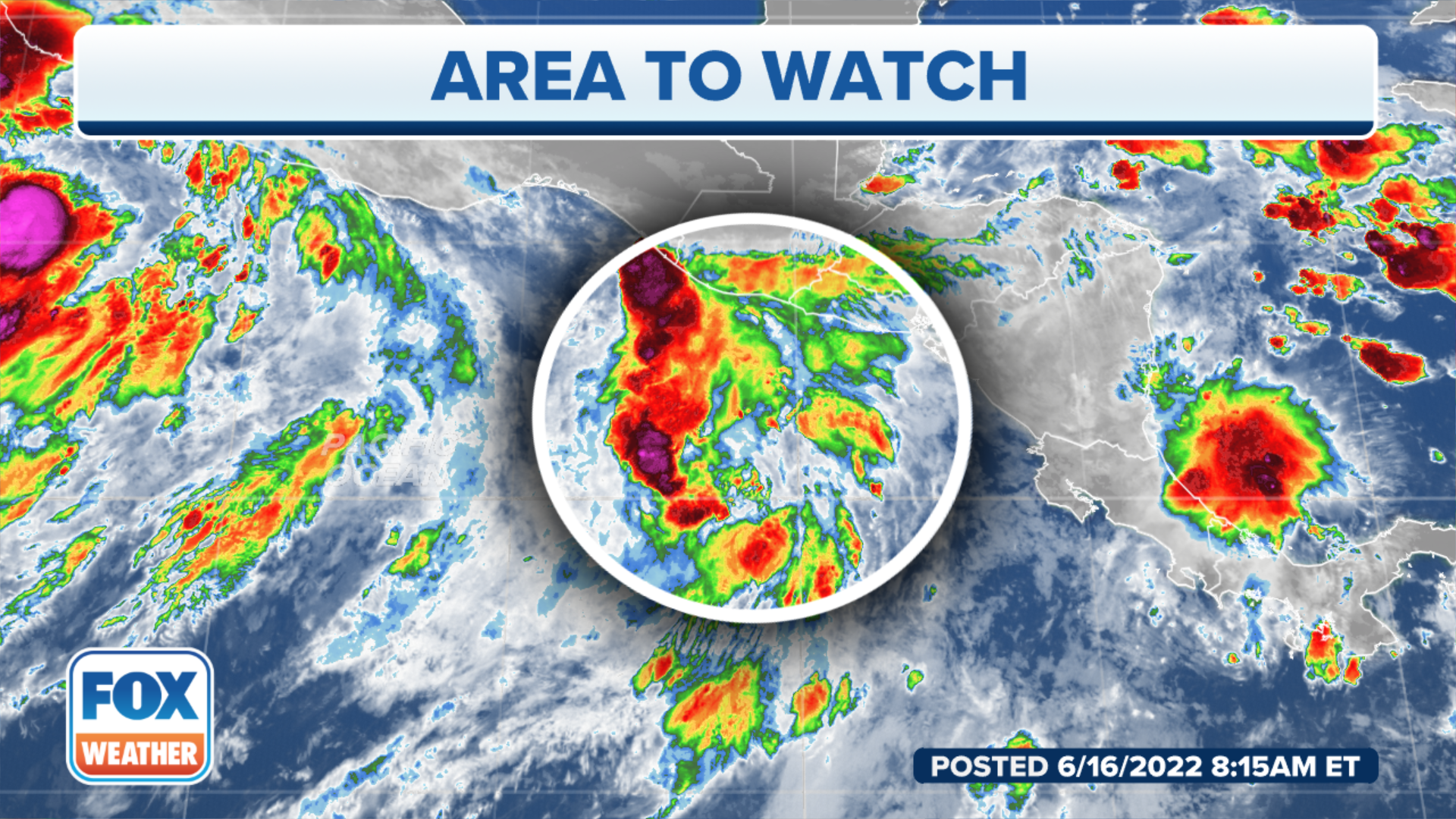 A satellite image of the area off the coast of southwestern Mexico that the National Hurricane Center is monitoring for possible tropical development.
(FOX Weather)

Regardless of its strength, the NHC expects the system to head slowly northwestward off the southwestern coast of Mexico.

If the disturbance organizes enough to become known as Tropical Storm Blas, it would beat the climatological date of the naming of the second tropical cyclone.

On average, in the Eastern Pacific, the second named storm of the year forms around June 24.

EASTERN PACIFIC HURRICANE SEASON BEGINS MAY 15: HERE’S WHAT THAT MEANS FOR THE US

On average, the second storm in the Pacific isn't named until June 24.

The NHC is also monitoring a disturbance off the southwestern coast of Central America, which is producing a disorganized area of showers and thunderstorms.

Forecasters say some additional development of this system is possible over the next few days as long as it remains offshore, moving slowly northwestward near the coasts of Central America and southern Mexico.

This disturbance's odds of development are currently low, sitting at just 30% over the next five days. Environmental conditions are forecast to become less conducive for development by the end of this week.

Regardless of development, locally heavy rain is possible across portions of Nicaragua, El Salvador, Guatemala and southern Mexico through the week ahead. 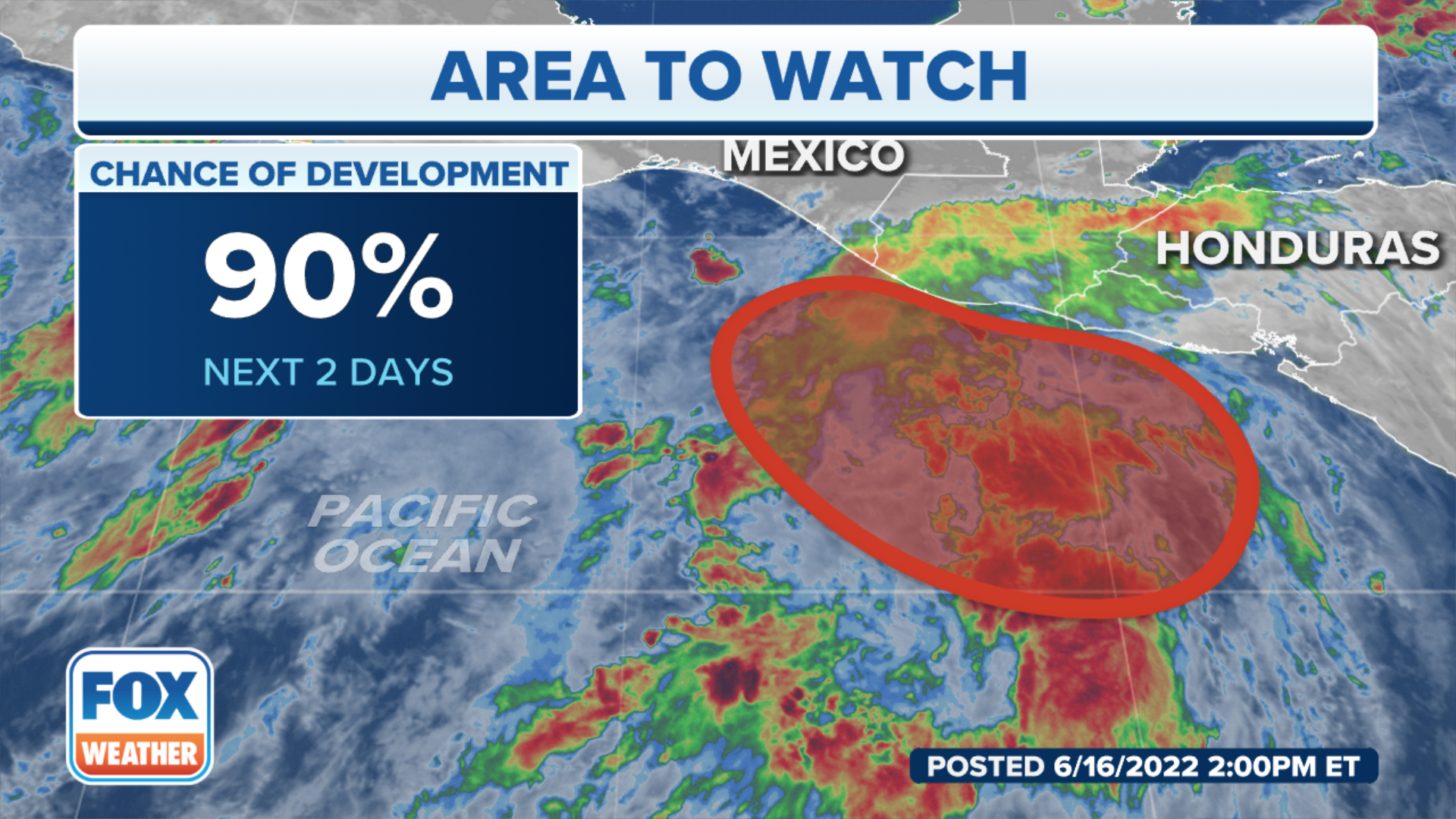 The National Hurricane Center is also monitoring an area off the southwestern coast of Central America for possible tropical development this week.
(FOX Weather)

In the Atlantic Basin, a disturbance in the southwestern Caribbean Sea is being watched for possible tropical development this week. For more on that story, click here.