Agatha made landfall Monday afternoon in southern Mexico as a Category 2 hurricane, but the storm has now dissipated as its remnants continue to spread heavy rainfall across southeastern Mexico.

Agatha, the first named storm of the Eastern Pacific hurricane season, made landfall Monday afternoon in southern Mexico as a Category 2 hurricane, but the storm has now dissipated as its remnants continue to spread heavy rainfall across southeastern Mexico.

According to the National Hurricane Center, Agatha had winds of 105 mph as its eye plowed into the Mexican state of Oaxaca, just west of Puerto Angel. That makes it the strongest hurricane on record to hit the Pacific coast of Mexico during the month of May. Recordkeeping began in 1949. 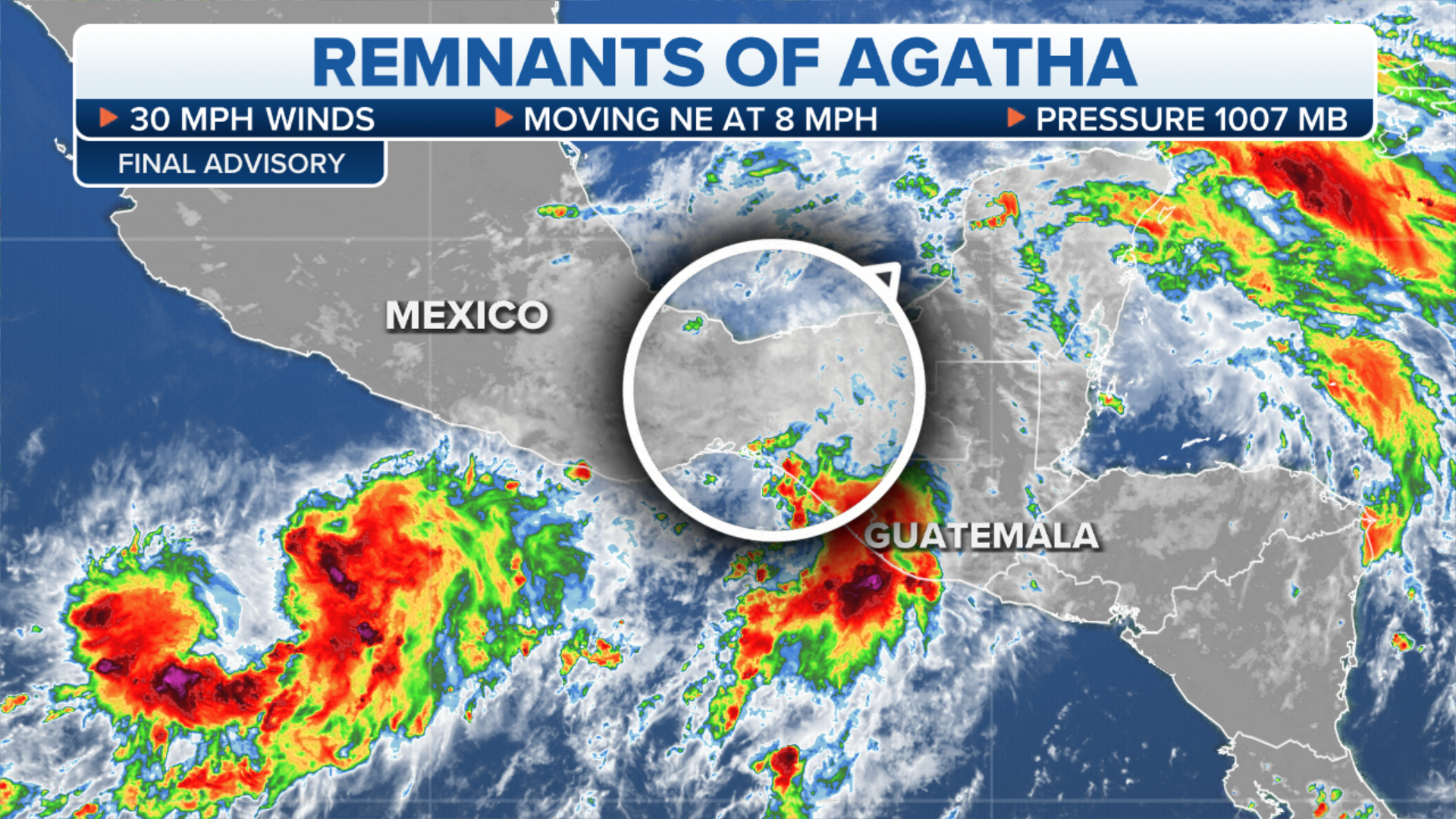 While all hurricane and tropical storm watches and warnings have been discontinued, the remnants of Agatha are still expected to produce heavy rain, which could lead to life-threatening flash floods and mudslides across southern Mexico through Tuesday night.

In Oaxaca, 10 to 16 inches of rain, with some areas receiving up to 20 inches of rain, is possible. The NHC said life-threatening flash flooding and mudslides might occur in this region.

In Chiapas, 5 to 10 inches of rain is expected to fall through Tuesday night, according to the NHC. Some areas could see up to 15 inches of rain, and flash flooding and mudslides may also occur in this region of southern Mexico.

Veracruz and Tabasco could see 2 to 4 inches of rain from Agatha, with some areas seeing up to a half-foot of rain.

EASTERN PACIFIC HURRICANE SEASON BEGINS MAY 15: HERE'S WHAT THAT MEANS FOR THE U.S. 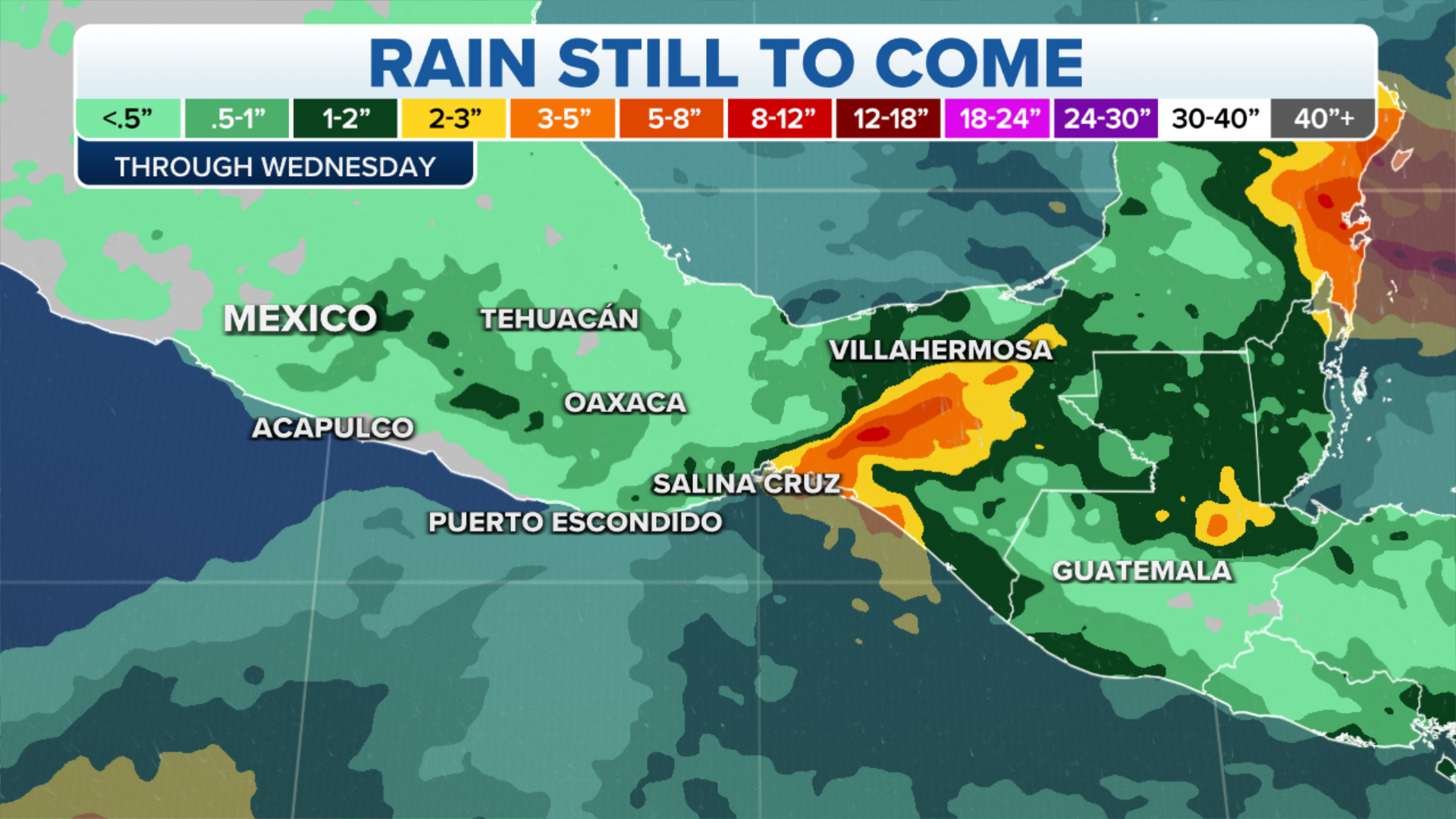 Some parts of southern Mexico could get up to 20 inches of rain.
(FOX Weather)

Agatha's remnants are forecast to continue moving farther inland over the mountainous terrain of southern Mexico on Tuesday.

However, the lingering circulation of the storm will likely help develop a system in the Gulf of Mexico or Caribbean later this week. 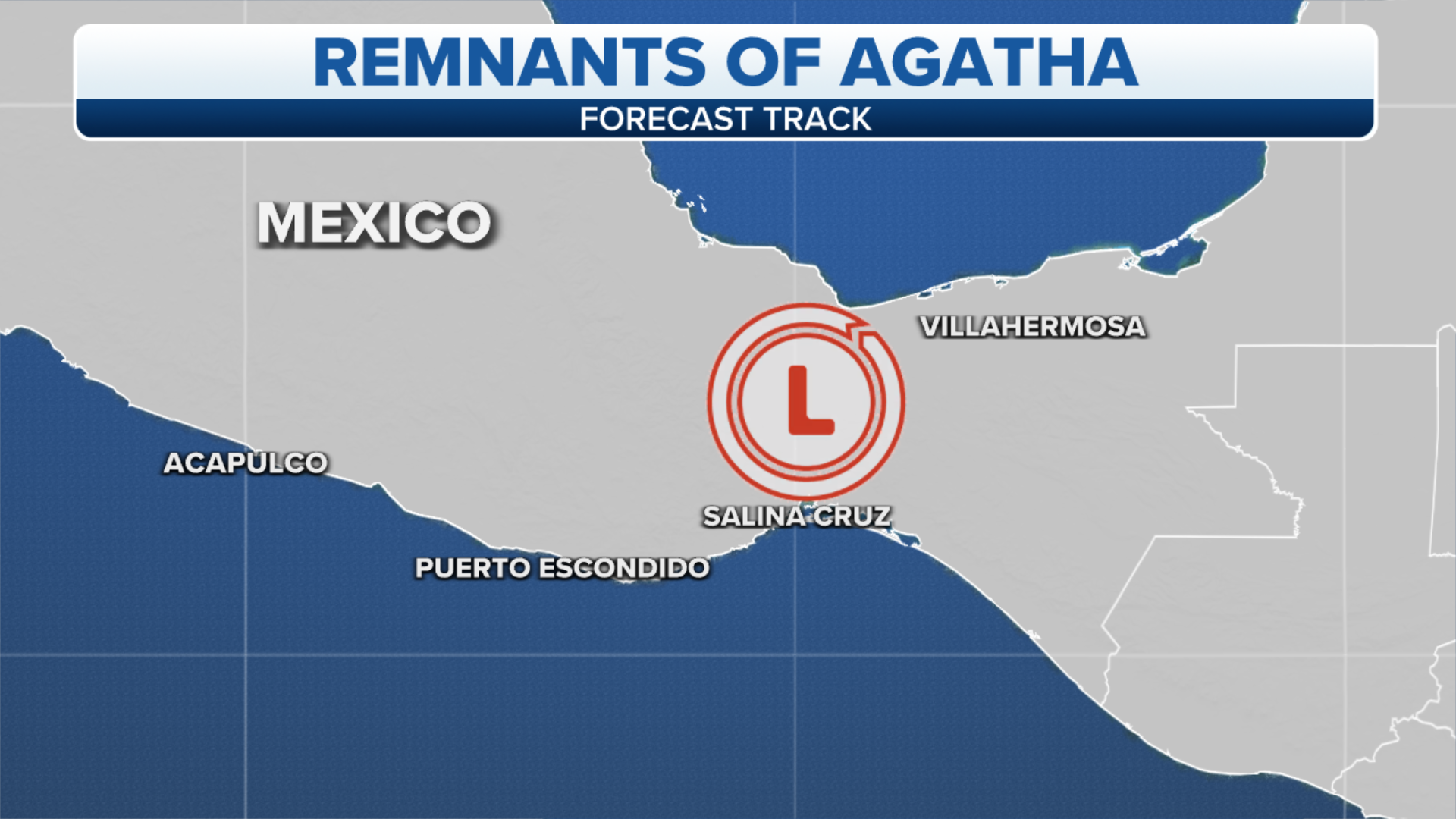 The latest on Agatha's remnants from the National Hurricane Center.
(FOX Weather)

The formation of Agatha before June 10 beat the climatological date of the naming of the first tropical cyclone in the Eastern Pacific.

The Atlantic Basin will officially enter its annual hurricane season on June 1, and for the first time in eight years, there will likely not be any preseason development.

Forecasters warn that they are anticipating the season to be busier than average.