A ridge of high pressure in the western United States are allowing for temperatures to soar in the Pacific Northwest.

Summer is making an appearance in the Pacific Northwest after an unusually cool and wet spring, but it's not all good news as temperatures are expected to reach dangerously hot levels.

The National Weather Service has issued Heat Advisories from western Washington into western and south-central Oregon, as well as parts of Northern California through Monday. Seattle and Portland, Oregon, are both included in these advisories.

HOW THE WEATHER YOU'RE ACCUSTOMED TO AFFECTS NWS HEAT WARNINGS, ADVISORIES 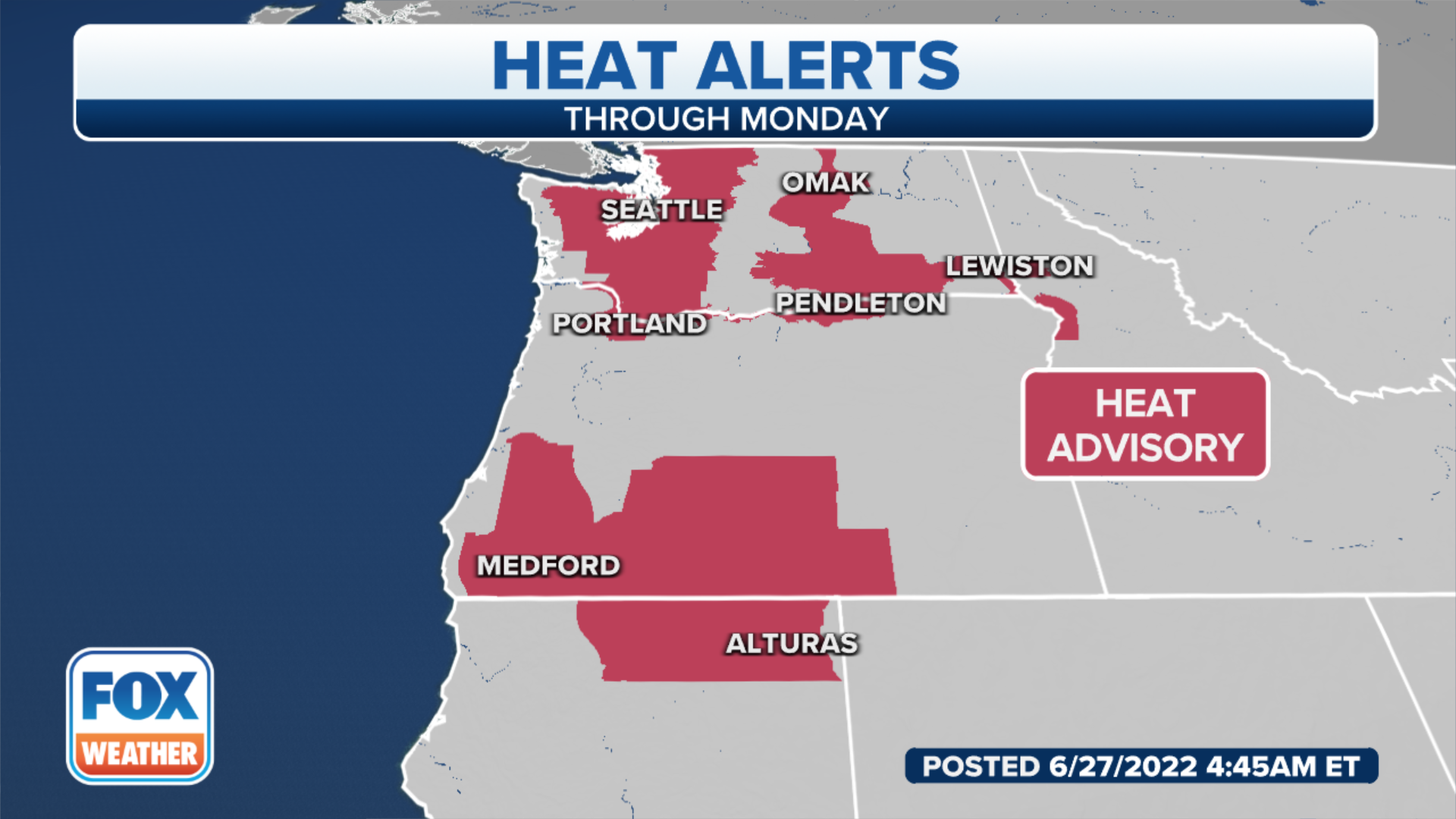 Heat Advisories are in effect across the Pacific Northwest.
(FOX Weather)

Highs are forecast to climb into the 90s across much of the region, with 100s farther south into the Central Valley of California. These temperatures are 10 to 25 degrees above average for this time of year.

Seattle hit 90-degrees for the first time this year on Sunday. The City only averages three such days per year. Monday's forecast is 92.

Farther east, cities in the Snake River Valley of Idaho, including Boise, could reach 100 degrees or higher on Monday. 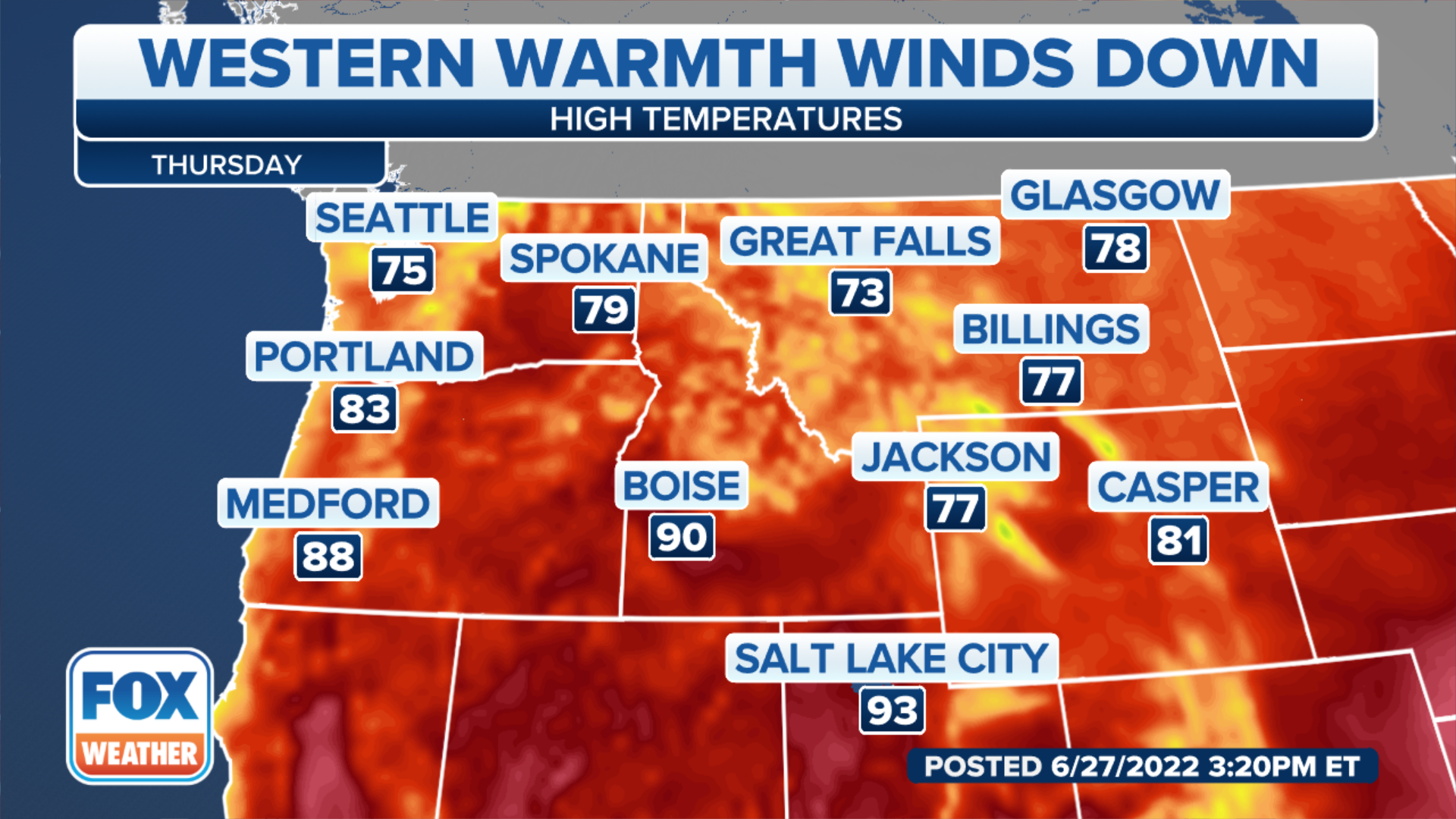 Despite the heat in the Pacific Northwest, rivers across the region are still running cold and fast and will continue to do so this weekend.

The NWS office in Portland noticed that nearly every year, people die after attempting to swim in rivers in southwestern Washington and northwestern Oregon due to the cold water shock during the season's first heat wave.

SWIMMING TO BEAT THE HEAT? EXPERTS WARN OF HYPOTHERMIA IN STILL-COLD WATER