A Severe Thunderstorm Watch has been extended for parts of the Northeast until 10 p.m. New Hampshire and Massachusetts have been added to the watch.

The Northeast and New England are bracing for a possibly busy afternoon as a severe thunderstorm threat brings concerns of damaging wind, hail and flash flooding.

"We do have a likely setup for severe weather that stretches from Vermont and New Hampshire down to coastal Connecticut, and this does include upstate New York," FOX Weather meteorologist Britta Merwin said. "Again, the majority of this is going to be in the afternoon. So after lunchtime, be very vigilant." 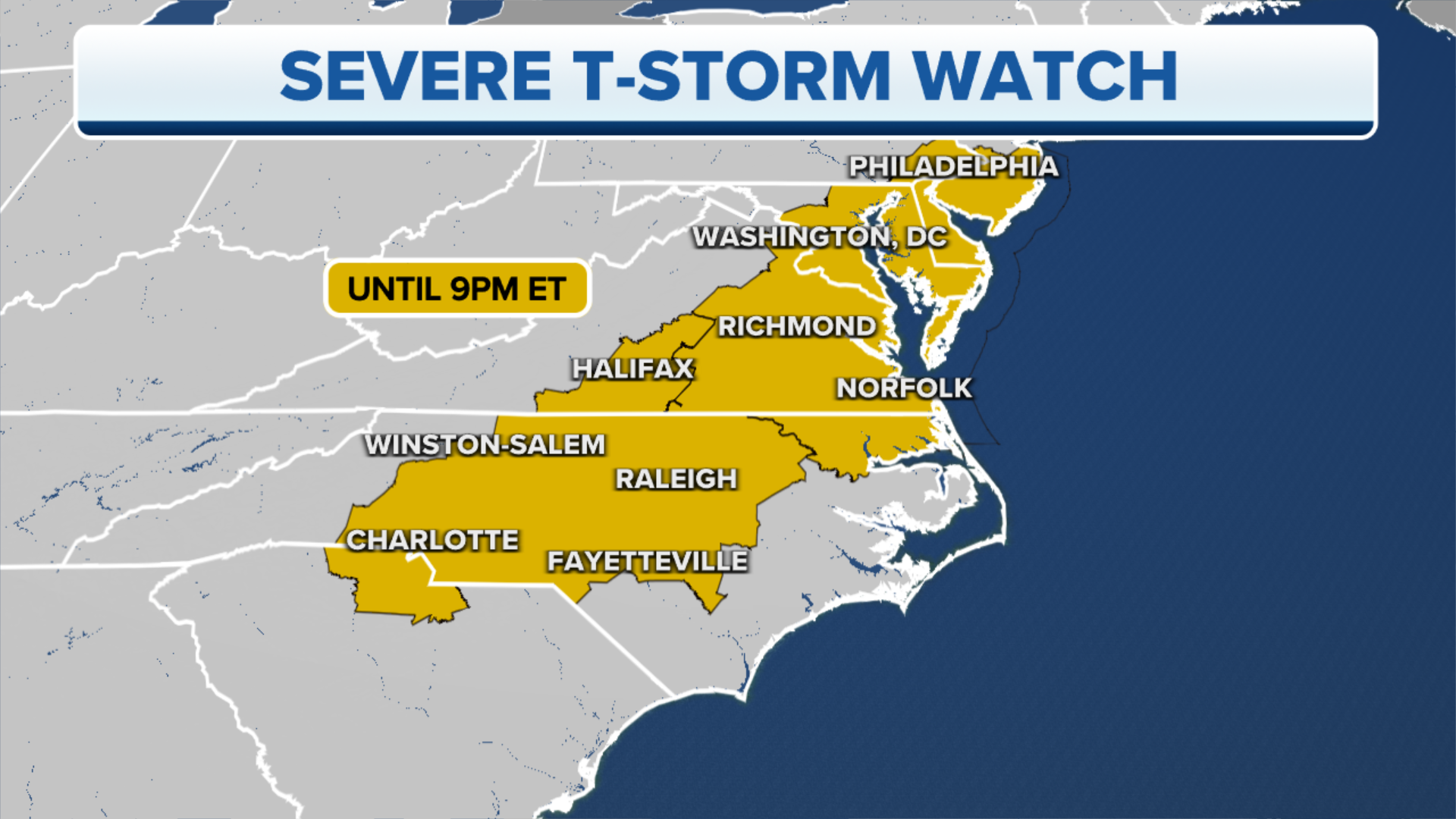 A Severe Thunderstorm Watch is also in effect until 10 p.m. for parts of New Hampshire and Massachusetts. 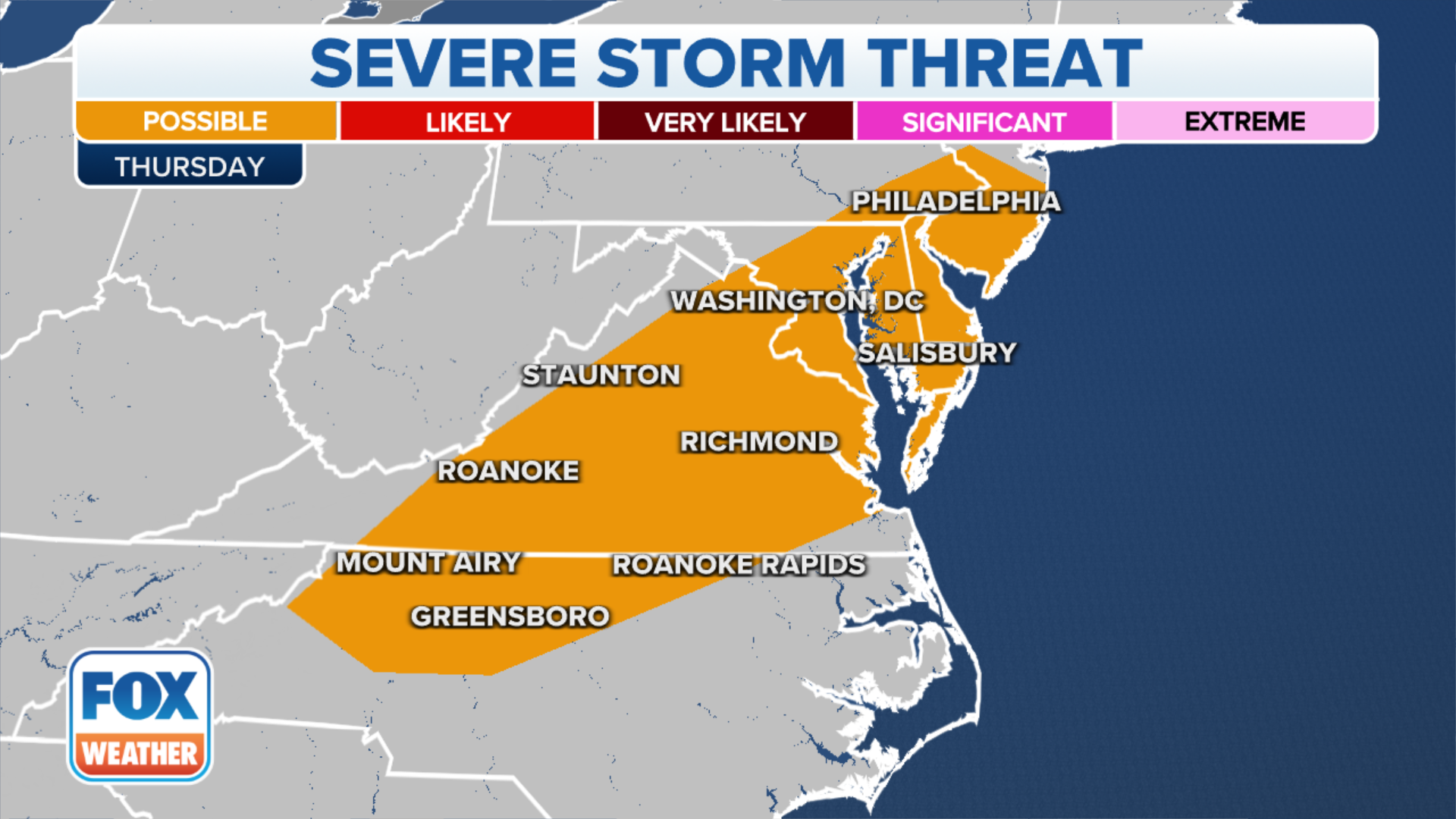 By Thursday afternoon, the heaviest activity should be in western New York and Syracuse.

The rain and thunderstorms will continue to sweep across New York State and reach New England later on Thursday afternoon and into the evening.

"By the evening commute, Vermont and New Hampshire, and also eastern Pennsylvania and northern New Jersey will be starting to see those thunderstorms move through," Merwin said.

Some activity will still be ongoing even after the sun sets.

"Coming up tonight, we still have a lot going on," Merwin said. "At 9 p.m., thunderstorms are stretching through Maine and Massachusetts, dropping onto Long Island, but as we get closer to 11 p.m. and midnight, everything will clear out nicely."

A woman captured an explosive lightning strike hitting her husband's truck on the highway in Tampa, Florida on July 1.

The main threats from any thunderstorms that develop will be heavy rain, hail and damaging winds.

According to NOAA's Storm Prediction Center, there is also a chance of some areas seeing a tornado, but those chances are low.

Flash flooding is a concern from upstate New York and across New England, but the flooding that could occur shouldn't be near the levels of historic flooding seen in St. Louis on Tuesday and Kentucky on Thursday morning.

Watch vs. Warning: Here are the differences between the two

The primary goal of any statement issued by the NWS is to protect life and property.

There's also the chance of some areas seeing large hail. That risk extends from eastern Pennsylvania and New Jersey north through upstate New York and across New England.

Philadelphia, New York City, Providence, Rhode Island, Boston and Portland, Maine, are all under the risk of seeing large hail.