The Desert Southwest will continue to see light to heavy downpours in drought stricken areas with the possibility of flash flooding in southeast Arizona.

PHOENIX – Several inches of rain forecast across parts of the Southwest through Monday will benefit parched areas of the desert. Still, while helpful to drought-stricken areas, the heavy rainfall is also causing some localized flooding in Arizona.

On Saturday, Phoenix Sky-Harbor International Airport recorded .76 inches of rain, making it the wettest day of 2022 for the city.

FOX Forecast Center meteorologists say this rainfall is notable because it comes after the typical monsoon season when the average amount of rain for the entire month of December is .74 inches.

The storm system bringing rain and snow to California will keep scattered chances for rain in the forecast for Arizona through Tuesday before drier conditions resume. 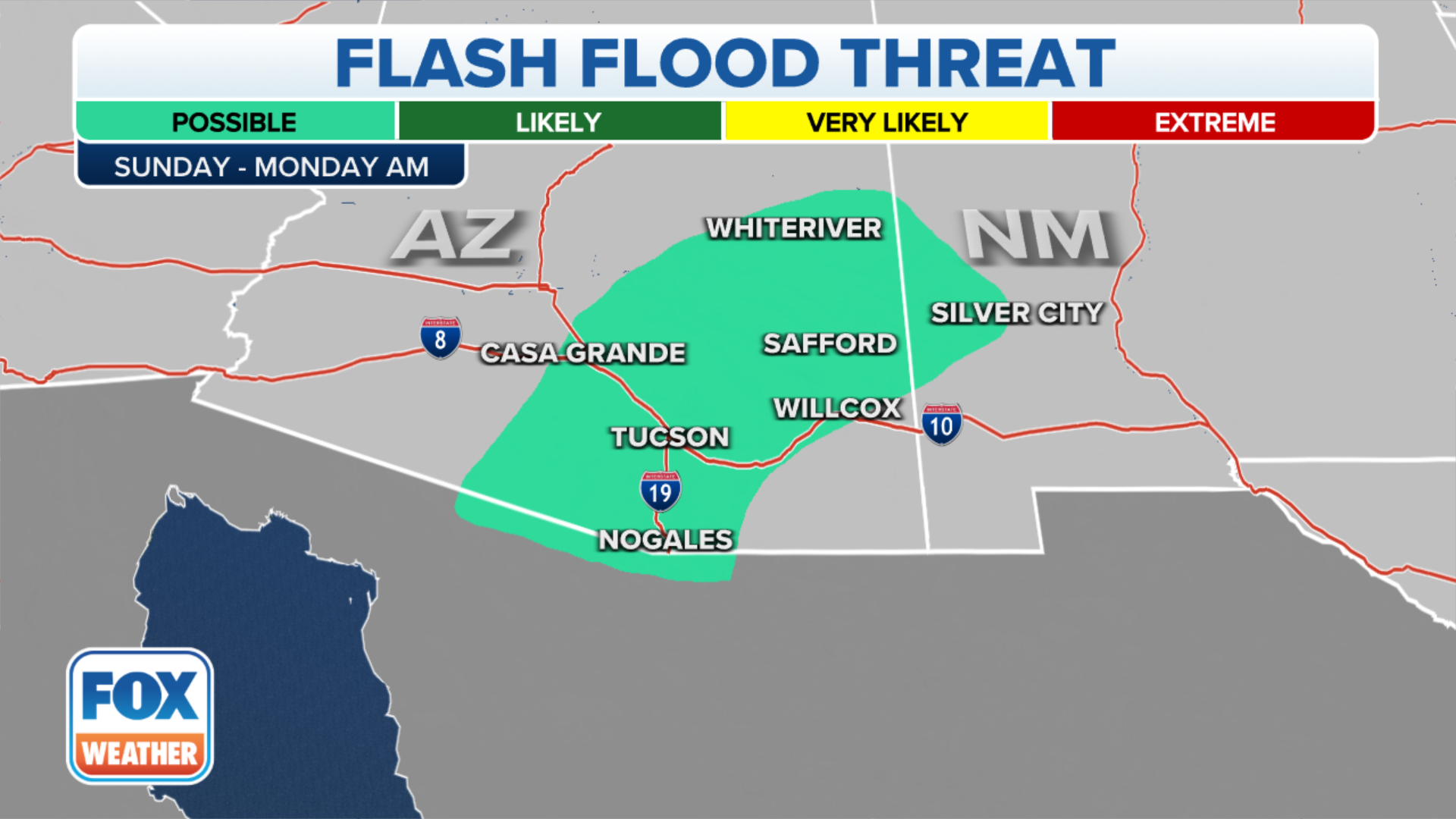 By Sunday morning, a large area of Pima and most of Pinal counties had picked up 1 to 2 inches of rain with more on the way, according to the National Weather Service in Tucson.

The Tucson International Airport received more than a half inch of rain. This comes after Tucson tied for its driest November on record with no measurable rainfall.

Rainfall created flooded roads and slick conditions for drivers through the weekend.

Persistent rainfall over and south of Casa Grande resulted in flooding over multiple low-water crossings, according to forecasters with the NWS. 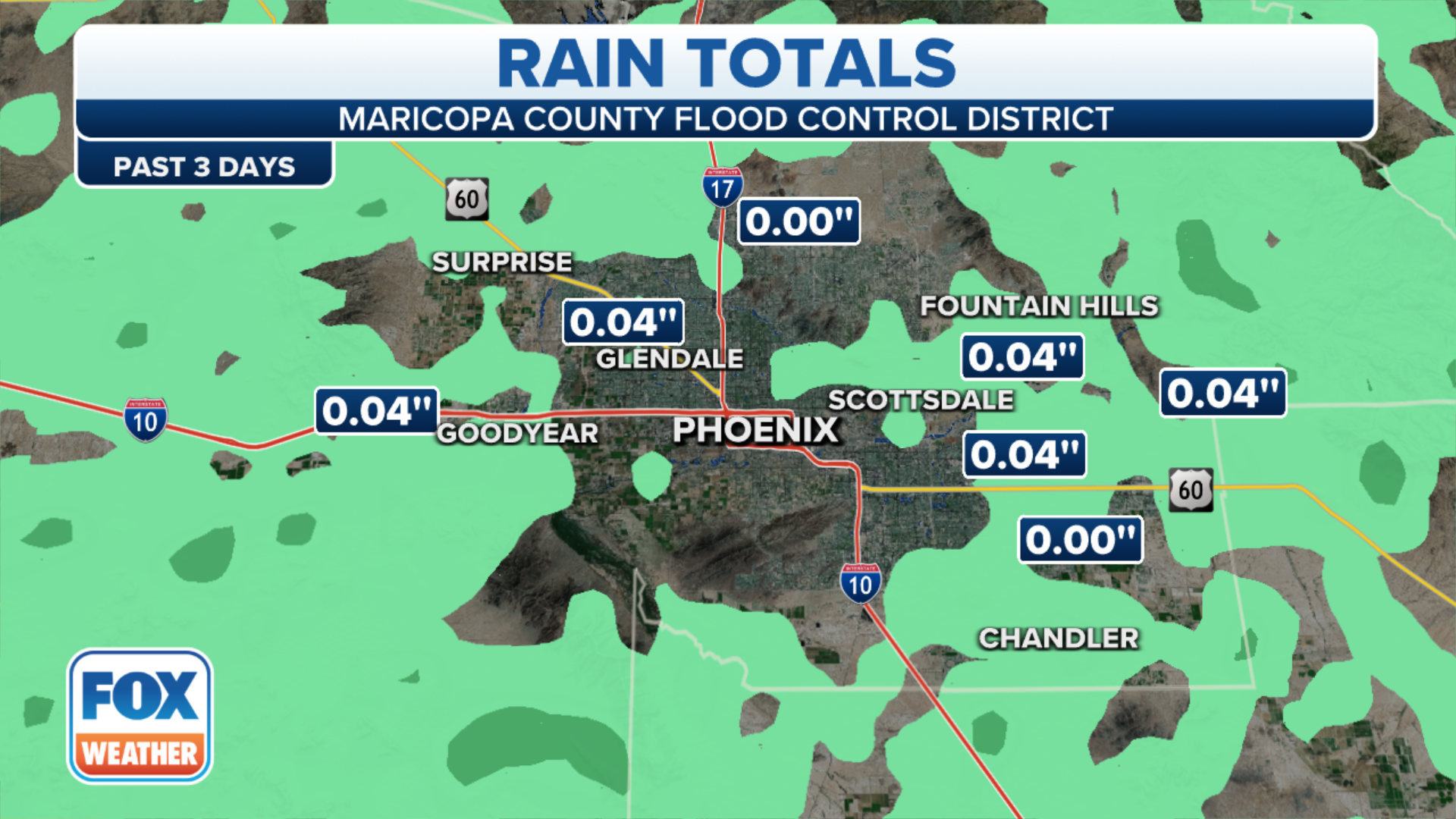 Even as the rain let up near Tucson Valley Sunday morning, Arizona Department of Transportation officials warned drivers to slow down as roads remained very wet.

The NWS in Phoenix issued a Flood Warning for parts of Pinal County through Sunday morning, including Casa Grande, Arizona City, Arizola and Toltec.

The threat of flash flooding will continue through Monday for Arizona and New Mexico.

THE US DROUGHT MONITOR EXPLAINED

The post-monsoon rain was welcome across the Southwest, where the additional rainfall can continue to improve drought conditions.

According to the U.S. Drought Monitor’s latest report, most of Arizona remained under abnormally to moderate drought conditions, with some areas in the northwest in severe drought.