Final round of snow, rain moving over California

The relentless winter storm continues across California's Sierra Nevada, where winter weather alerts remain in effect. After receiving several feet of snow since last week, more than a foot of additional snow could fall in the mountains through Tuesday with several inches at lower elevations.

TRUCKEE, Calif. – Not only has heavy snow not taken the weekend off in California's Sierra Nevada, but it's working right into Monday as well, as a stubborn low-pressure system continues to swirl just off the Northern California coast.

Already, 1 to 4 feet of snow has fallen in the mountains from the moisture-laden storm that also brought drenching rains to the California lowlands over the weekend. Sierra at Tahoe led the way with 43 inches of new snow in just 24 hours over the weekend and netted another 6 inches Sunday into Monday. Several elevated areas reported 6-10 inches of new snow late Sunday though Boreal and Soda Springs ski resorts each added 22 inches of snow by Monday morning.

California transportation officials highly discouraged mountain travel due to heavy snow and gusty winds. Multiple spinouts and crashes closed Interstate 80 and other highways that traverse the Sierra over the weekend, and travel was forecast to remain challenging through much of Monday.

HOW TO DRIVE IN ICY CONDITIONS

Winter Weather Advisories have been extended across the Sierra and Northern California's Siskiyous Mountains into Monday afternoon and could be extended into Tuesday as snow showers stubbornly linger. 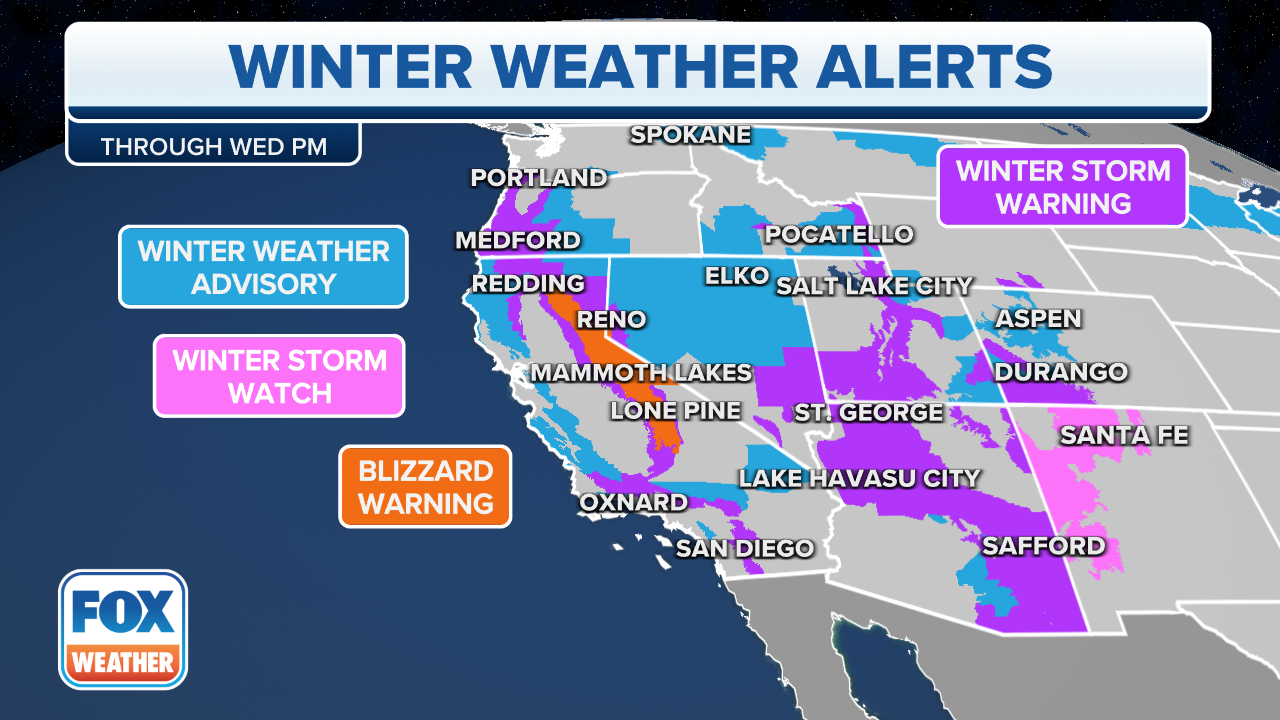 According to the FOX Forecast Center, another 5 to 8 inches of snow is likely in the Sierra through Monday afternoon, with winds gusting up to 35 mph creating occasional blowing snow.

Snow will become more showery later Monday and into Tuesday but could provide brief bursts of winter weather conditions.

Ferocious wind gusts made for near-blizzard or whiteout conditions at times over the weekend, with gusts in the passes reaching 50 to 65 mph. A gust at Conway Summit along U.S. Highway 395 hit 81 mph, while Mill Canyon in California's Mono County recorded a gust of 99 mph. Even northwestern Reno, Nevada, clocked a gust of 68 mph.

In the California lowlands, rainfall totals reached around 1-2 inches in the Bay Area and Sacramento, with higher amounts in the coastal hills.

Rock and mudslides damaged California's iconic Highway 1 in Monterey and San Luis Obispo County, according to CalTrans. The highway is now closed from about 2.5 miles south of Big Sur to Ragged Point. 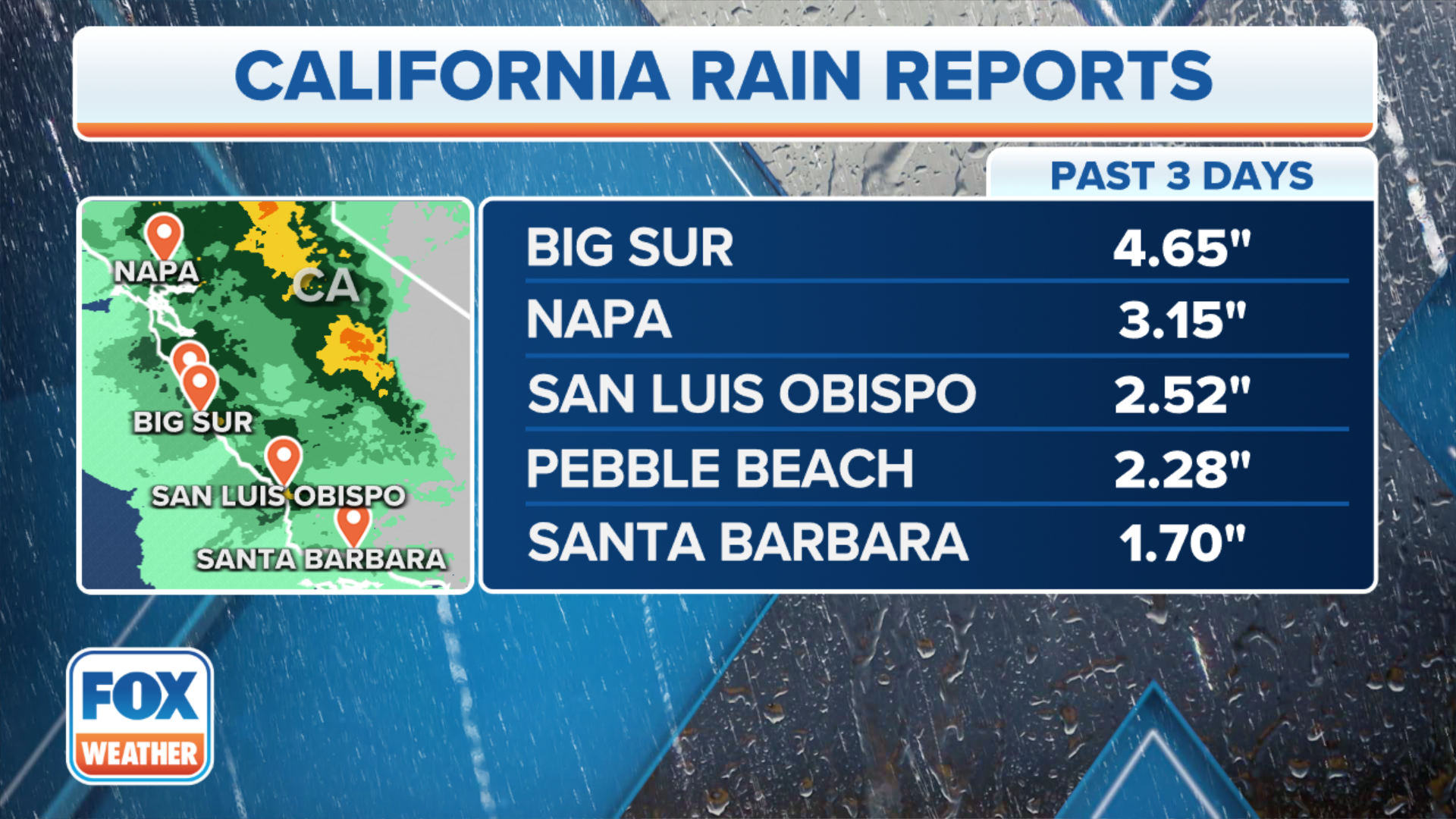 Even Southern California residents had to dust off their umbrellas, provided they own one, as measurable rain fell in the Los Angeles area Sunday – over a tenth of an inch at LAX.

Despite the travel headaches, the storms have had some good news.

The beneficial rains helped at least put a small dent in the ongoing drought. And the snowpack is off to a great start this fall west of the continental divide. Most mountains have seen between 100% and 300% of their average snow-to-date.

Northern, Central and Southern California snowpacks are all above 100%, but FOX Weather meteorologist Craig Herrera explained this trend needs to continue.

"We hope that it keeps going," Herrera said. "Last season, it did great in December and shut off in January and February."