EASTLAND, Texas – Three additional fires broke out in Eastland County, Texas, on Sunday, bringing the total number of fires within the Eastland Complex Fire to 7.

Four fires ignited on Wednesday and Thursday – the Walling, Wheat Field, Kidd and Oak Mott fires. Those were combined for management purposes and named the Eastland Complex Fire. Three more fires, the Blowing Basin, Cedar Mountain and Mangum fires, broke out on Sunday. 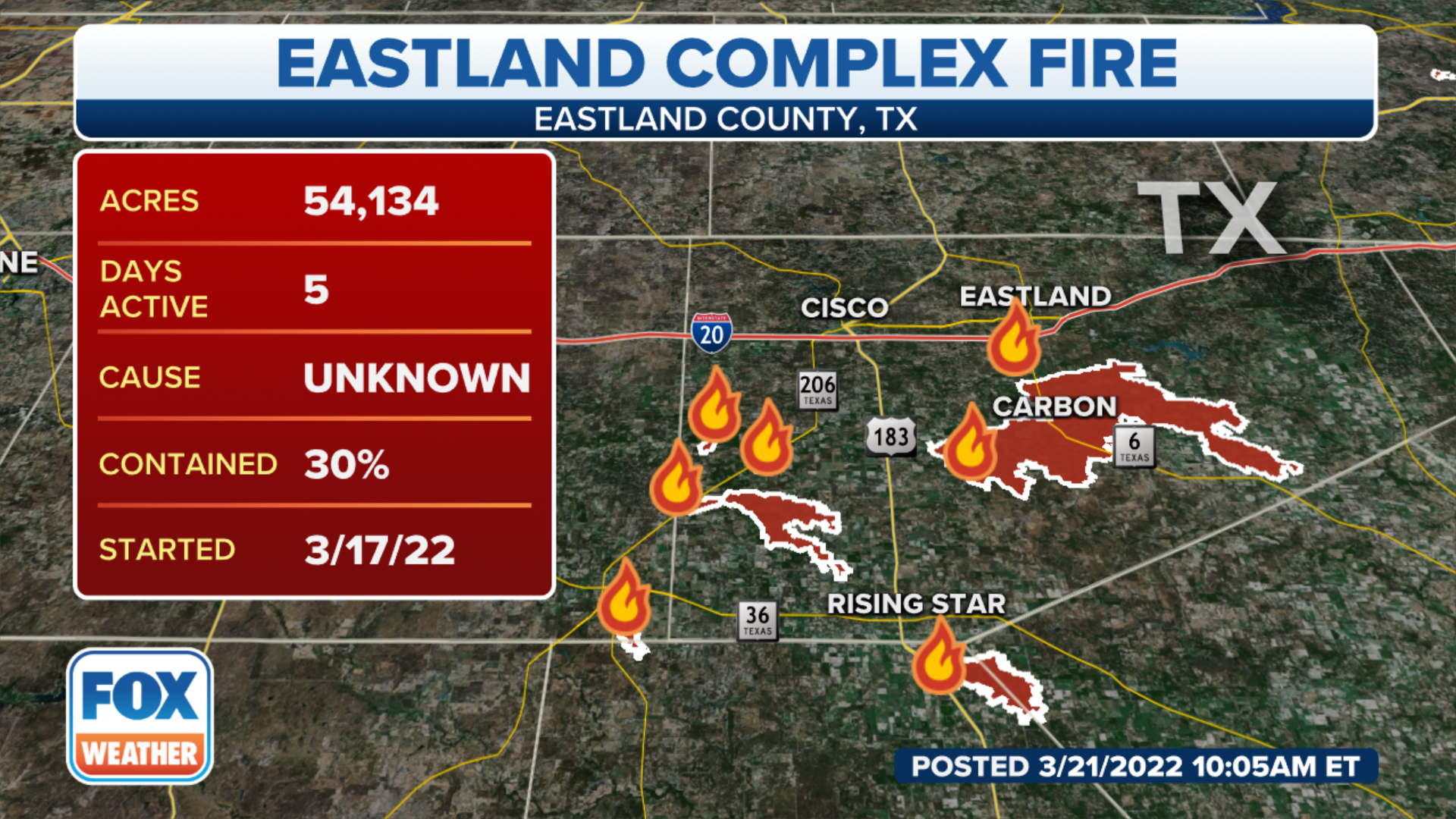 Dozens of homes and other buildings have been destroyed by the fires.

Authorities on Friday announced an Eastland County deputy was killed while trying to get people to safety ahead of a fast-moving fire. Police said they believe Deputy Barbara Fenley lost control of her vehicle in the thick smoke while checking on residents in Carbon, Texas, and was overcome by the flames.

DEPUTY KILLED WHILE TRYING TO SAVE PEOPLE FROM TEXAS BRUSH FIRES

Deputy killed while trying to save people from Texas brush fires

Authorities announced Friday an Eastland County deputy was killed when trying to guide people to safety ahead of fast-moving brush fires across The Lone Star State. Police believe Deputy Barbara Fenley lost control of her vehicle in the thick smoke while checking on the elderly in Carbon, Texas and was overcome by flames.

Flags were lowered to half-staff in Eastland County in honor of Fenley.

"We will never forget her sacrifice, and the state will continue to work closely with first responders and local leaders to mitigate these fires and support our communities as they recover," Gov. Greg Abbott said.

Abbott also issued a disaster declaration for 11 counties that have been impacted by wildfires across the Lone Star State and said his administration would work with local officials to provide resources for those affected.

West-central Texas is under a critical risk of wildfires on Monday as dry, windy conditions across the region would allow for wildfires to quickly grow and spread if any were to ignite.