We may be getting ready to celebrate the unofficial start of summer with Memorial Day just days away, but people living in the Central Plains will be grabbing a jacket rather than a swimsuit as temperatures drop to levels more typical of late winter.

An area of low pressure that is gaining strength over the Southern Plains will continue its journey to the northeast toward the Corn Belt and the Great Lakes.

As that happens, the National Weather Service says a warm front will also lift north, allowing the warm, moist air from the Gulf of Mexico to surge through the Mississippi Valley, bringing the threat of heavy rain, flash flooding and severe weather over the central Gulf Coast and into the mid-South.

But in the Central Plains, which will be on the northwestern side of the storm system, cooler air will fill in from the north and combine with rain and cloudy conditions that will keep temperatures much cooler than those being felt to the south. 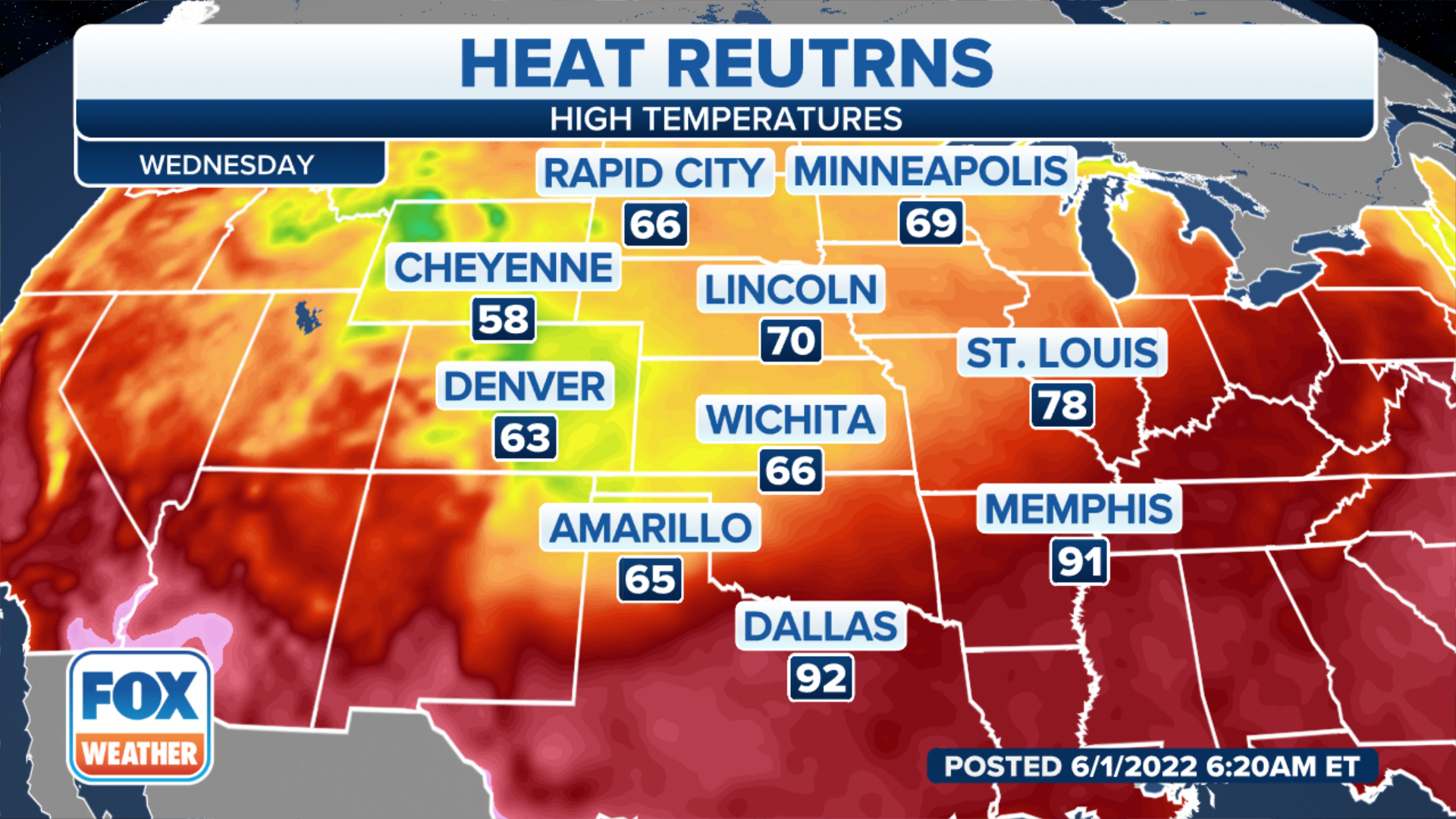 Many areas of the Central Plains will be in the 50s on Wednesday.
(FOX Weather)

Check out the high temperatures expected in the Central Plains on Wednesday.

Wichita, Kansas, will only get to around 54 degrees during the day. And to the north, in Lincoln, Nebraska, a high temperature of 55 degrees is expected.

Those cooler temperatures will extend to the northeast, with more temperatures in the 50s on tap for people living in Iowa, Minnesota and Michigan. 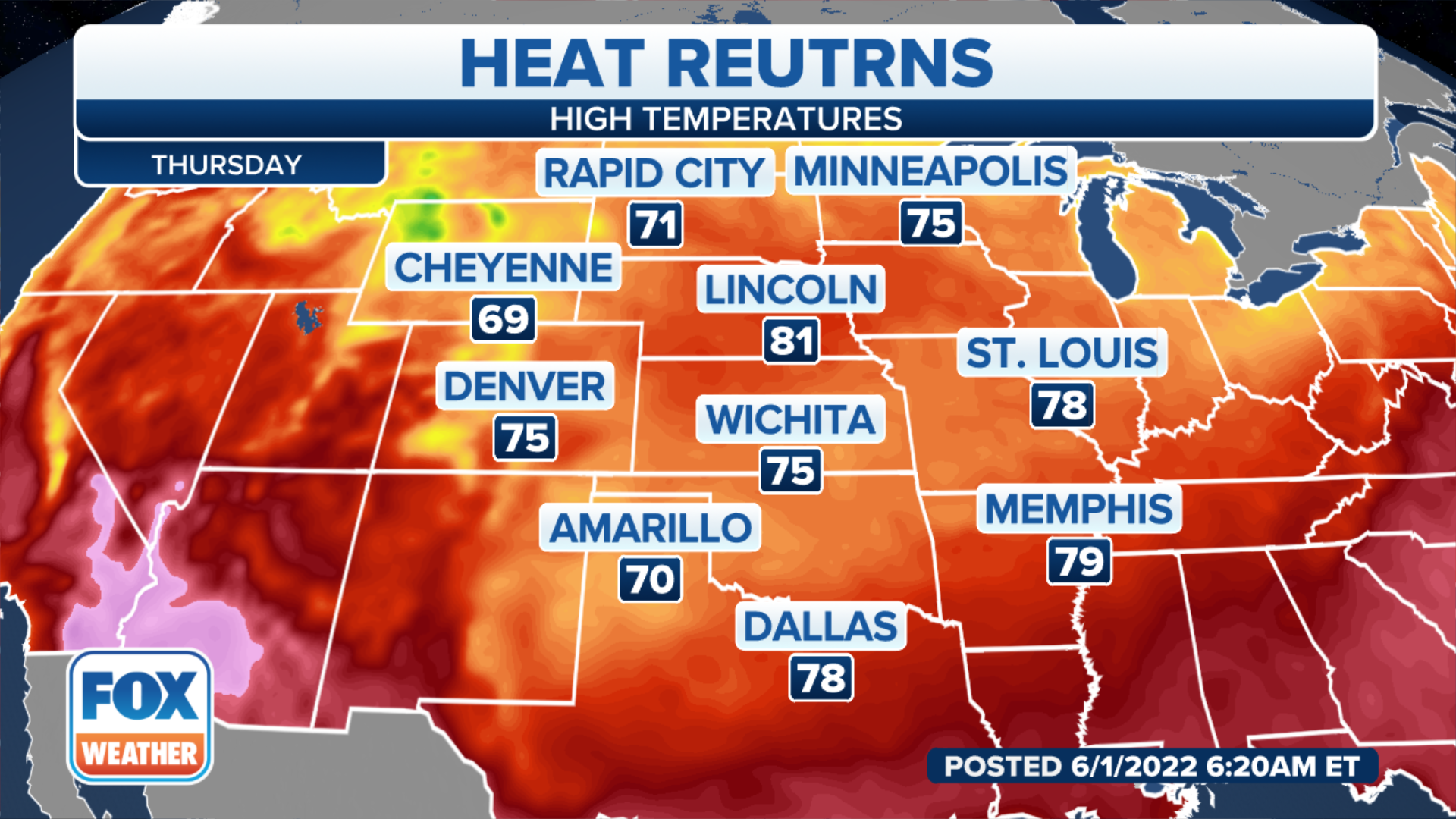 Temperatures should begin to rebound by Thursday.
(FOX Weather)

However, the cooler temperatures won't stick around for too long as they are expected to rebound as we get ready to close out the week.

HOW DO CLOUDS AFFECT THE CLIMATE ON EARTH

On Thursday, Wichita is expected to rise nearly 15 degrees with a forecast high of 68 degrees in the afternoon.

Lincoln will also reach the upper 60s as the cooler air begins to lift out of the area.

However, some cooler air is expected to remain in the Midwest and parts of the Great Lakes. Those temperatures should be confined to extreme northern Wisconsin and Michigan's Upper Peninsula.

CLIMATE CHANGE MIGHT BE KEEPING YOU FROM A FULL NIGHT'S REST, STUDY FINDS 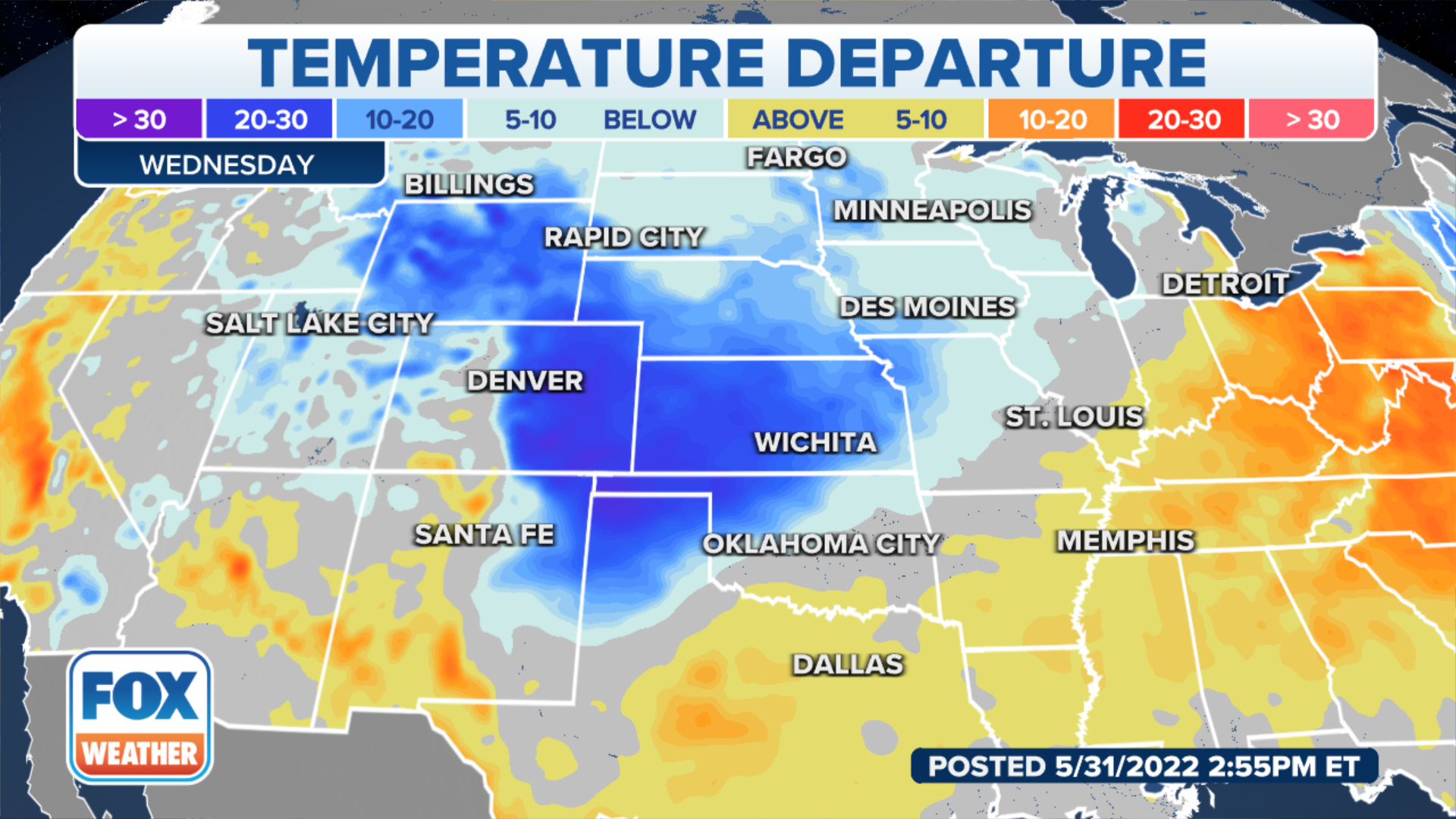 Temperatures will begin to rise, but will still be below average on Thursday.
(FOX Weather)

Even though temperatures will start to rise into the 60s and 70s by Thursday, it will still feel below average from the mid-Mississippi Valley and stretching through the Plains and into the Midwest and Great Lakes region.

Warm temperatures are expected across the western United States by Thursday, bringing above-average temperatures to that region.

That warm air is expected to fill into areas seeing the cooler temperatures on Wednesday. That should bring temperatures to near average or slightly above average for this time of year.