As much as 47" of snow has been reported in Montana and 28" in North Dakota.

An April blizzard that's been pounding the Northern Plains with heavy snow and high winds has buried parts of the region under nearly 4 feet of snow since Monday.

Blizzard conditions finally tailed off Thursday evening. The storm that produced the winter weather was part of the same system that produced another severe weather outbreak across the Plains, Midwest and South over the last few days. 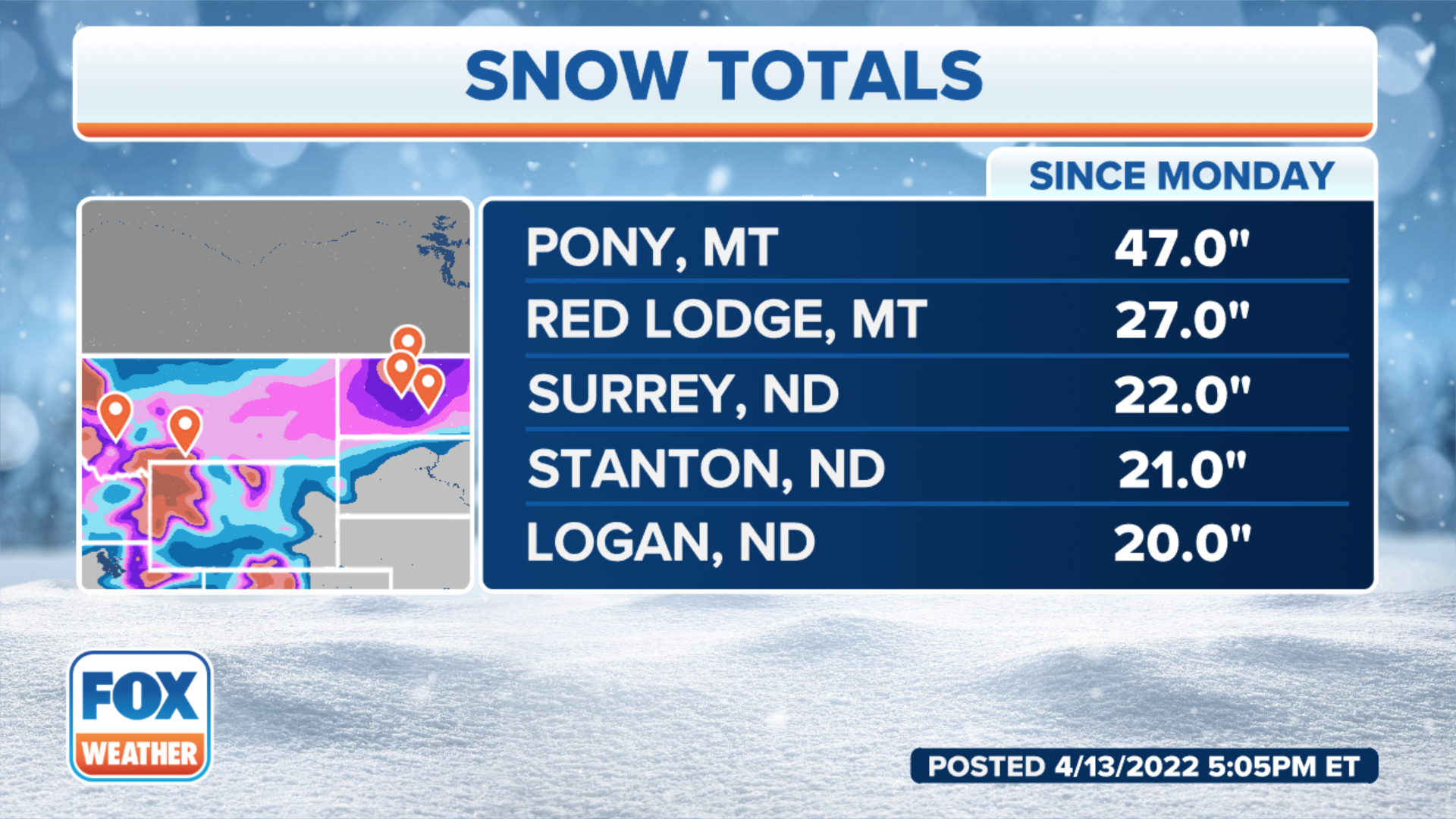 As much as 47 inches of snow has piled up near Pony, Montana, since Monday, while up to 30 inches has been measured to the east in Minot and Glenburn, North Dakota.

Because of the gusty winds and reduced visibilities, Blizzard Warnings were issued for southeastern Montana into much of western and central North Dakota and northwestern South Dakota.

Thursday marked the third consecutive day of snow and high winds across parts of the Northern Plains. Winds gusted over 50 mph in Bismarck, North Dakota, resulting in near-whiteout conditions.

HERE'S WHY BLIZZARD ALLEY IS IN THE NORTHERN PLAINS 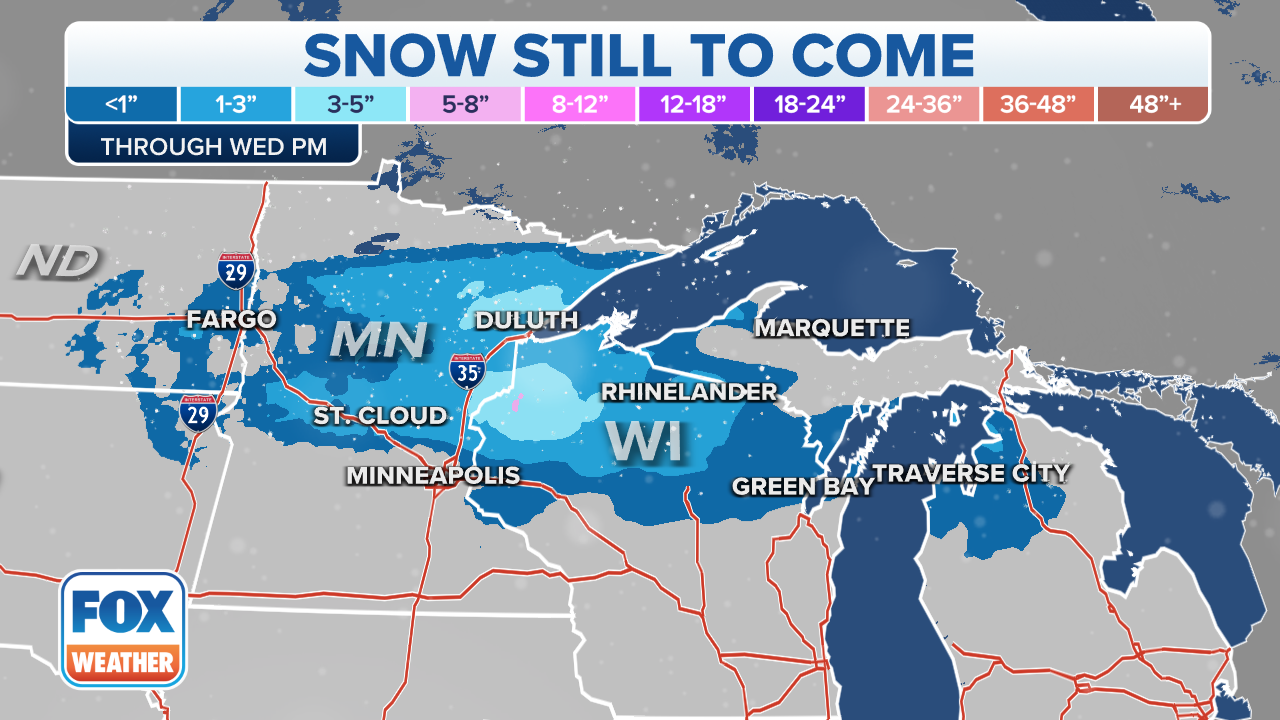 Billings, Montana, saw the snow fall at 2 to 3 inches per hour on Tuesday and tallied 13.9 inches for the day, making it the city's snowiest April day since at least 1955 and the sixth-snowiest day of all time. This was also the first time Billings picked up at least a foot of snow in a two-day period since Feb. 23-24, 2014, when 12.8 inches piled up.

Blizzard conditions were observed in many parts of North Dakota on Tuesday and Wednesday, including in the Bismarck and Grand Forks areas.

No Travel Advisories were posted across much of North Dakota on Wednesday, as heavy snow and high winds snarled travel in the state. Crews were still working to clear the roads Thursday morning, with high winds posing the greatest challenge to the snowplow drivers.

NOAA's Weather Prediction Center was referring to this winter storm as a "potentially historic blizzard" for portions of the Northern Plains, particularly in the Blizzard Warning areas.

That's because cities such as Bismarck and Minot in North Dakota still have the potential to experience their biggest snowstorm on record – despite the fact we're in the middle of April – before the storm fully wraps up Thursday night.

This storm even has the potential to break the North Dakota state record for the greatest three-day snowfall. The current record is held by Lisbon, which picked up 35 inches from Feb. 13-15, 1915.

Any unprotected livestock, particularly the young, will likely be killed due to the extreme impacts of this blizzard in the Northern Plains.

Widespread snowfall totals between 1 and 2 feet were expected from eastern Montana to much of North Dakota, with the potential for 2- to 3-foot totals in some locations. Snowdrifts up to 7 feet high have been reported in parts of North Dakota.

While it is not unusual to get snow in April in these areas, it is getting late in the season for such a widespread event. Be prepared for major travel disruptions until the winter storm finally exits the region.

Before arriving in the Northern Plains, this system's snow swept across portions of the West on Monday, even accumulating at very low elevations such as Portland, Oregon, where measurable snowfall (at least 0.1 inches) was reported for the first time on record during the month of April. Officially, 1.6 inches was measured in Portland.