Hurricane Blas will continue to strengthen, poses no threat to land

Hurricane Blas formed in the Eastern Pacific, but the tropical cyclone poses no threat to land.

Blas became a hurricane on Wednesday and will continue to generate dangerous surf and rip currents along the coasts of southwestern Mexico and Baja California through the weekend.

According to the National Hurricane Center, Blas has winds of 85 mph and is located about 215 miles south of Manzanillo, Mexico. It is moving west-northwest at 8 mph. 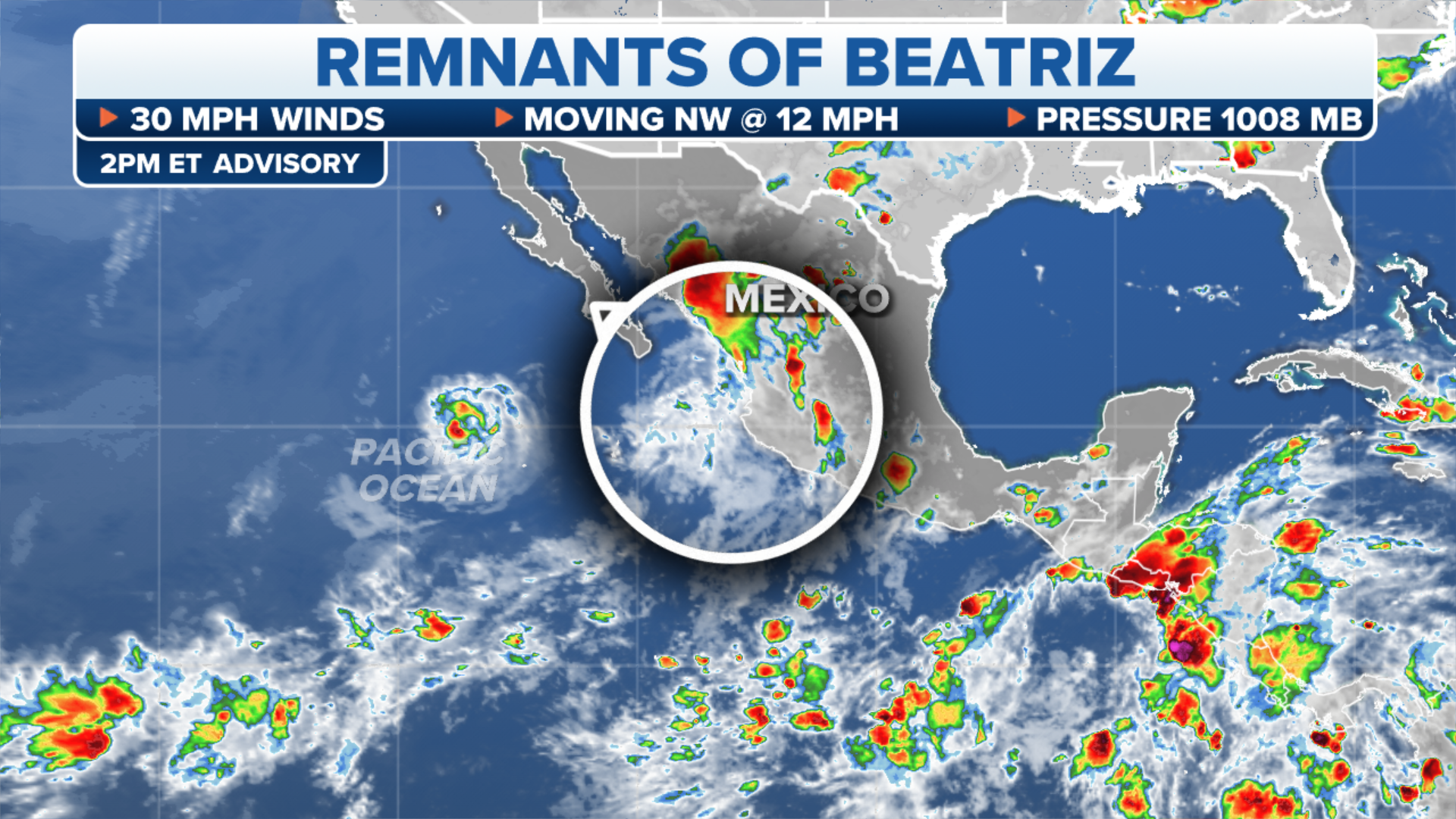 The NHC is predicting that Blas will maintain its current strength through Thursday night as it moves farther away from Mexico and into the open waters of the Eastern Pacific. Weakening is then expected to begin by Friday night and continue through the weekend.

Unlike Hurricane Agatha, which made landfall along southern Mexico’s coast in late May, Blas will not bring any wind impacts to Mexico.

EASTERN PACIFIC HURRICANE SEASON BEGINS MAY 15: HERE’S WHAT THAT MEANS FOR THE U.S. 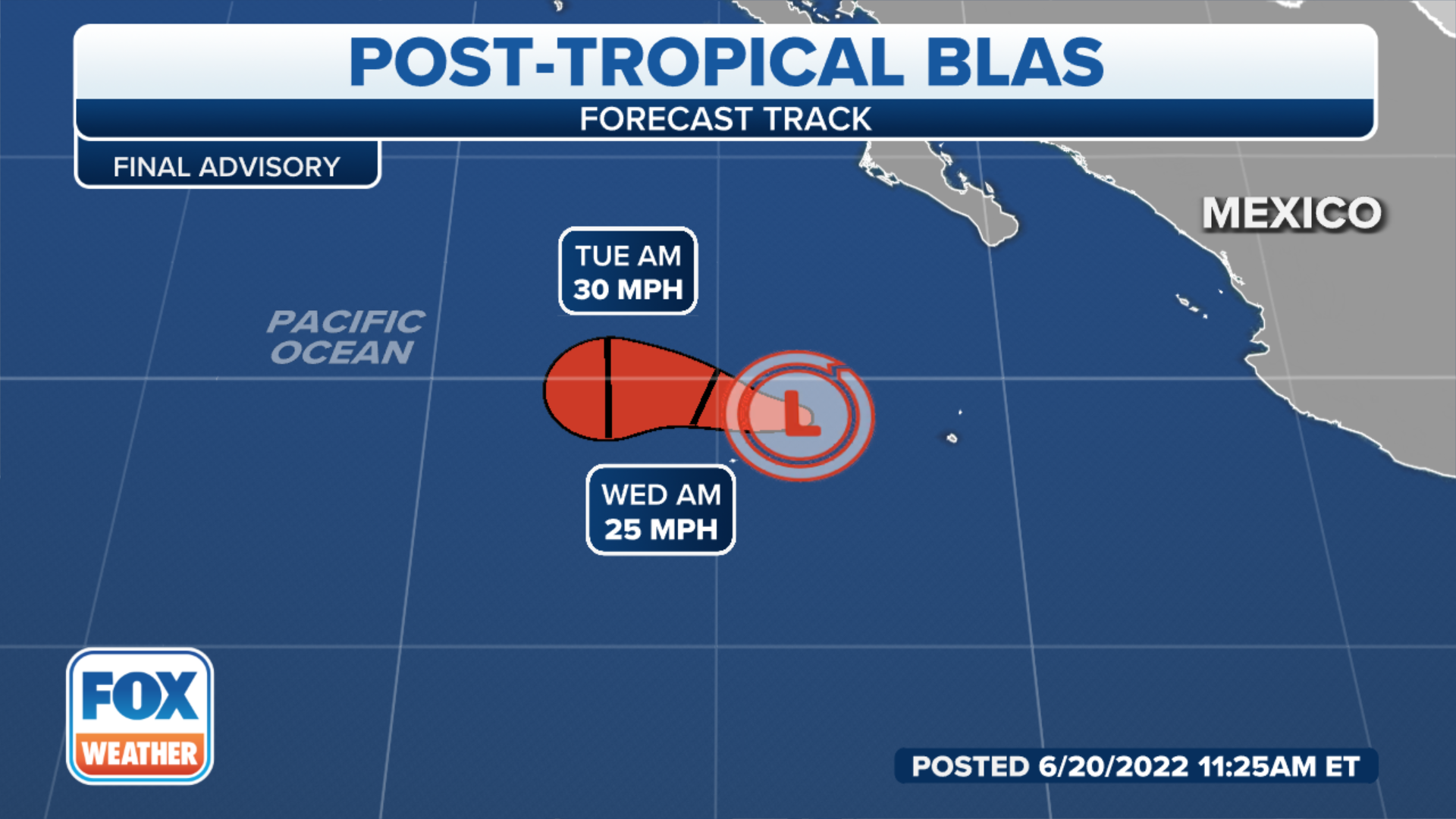 The projected path and intensity of Blas from the latest National Hurricane Center advisory.
(FOX Weather)

Swells generated by Blas will continue to affect the coast of southwestern Mexico over the next couple of days and are also expected to spread toward portions of the southern coast of Baja California by late Friday and through the weekend. These swells are likely to cause life-threatening surf and rip currents, so beachgoers in these areas will need to use extreme caution when entering the water.

Computer forecast models are in unanimous agreement that Blas will stay offshore, and besides swells and maybe the occasional shower, the bulk of the storm's impacts will be for marine interests. 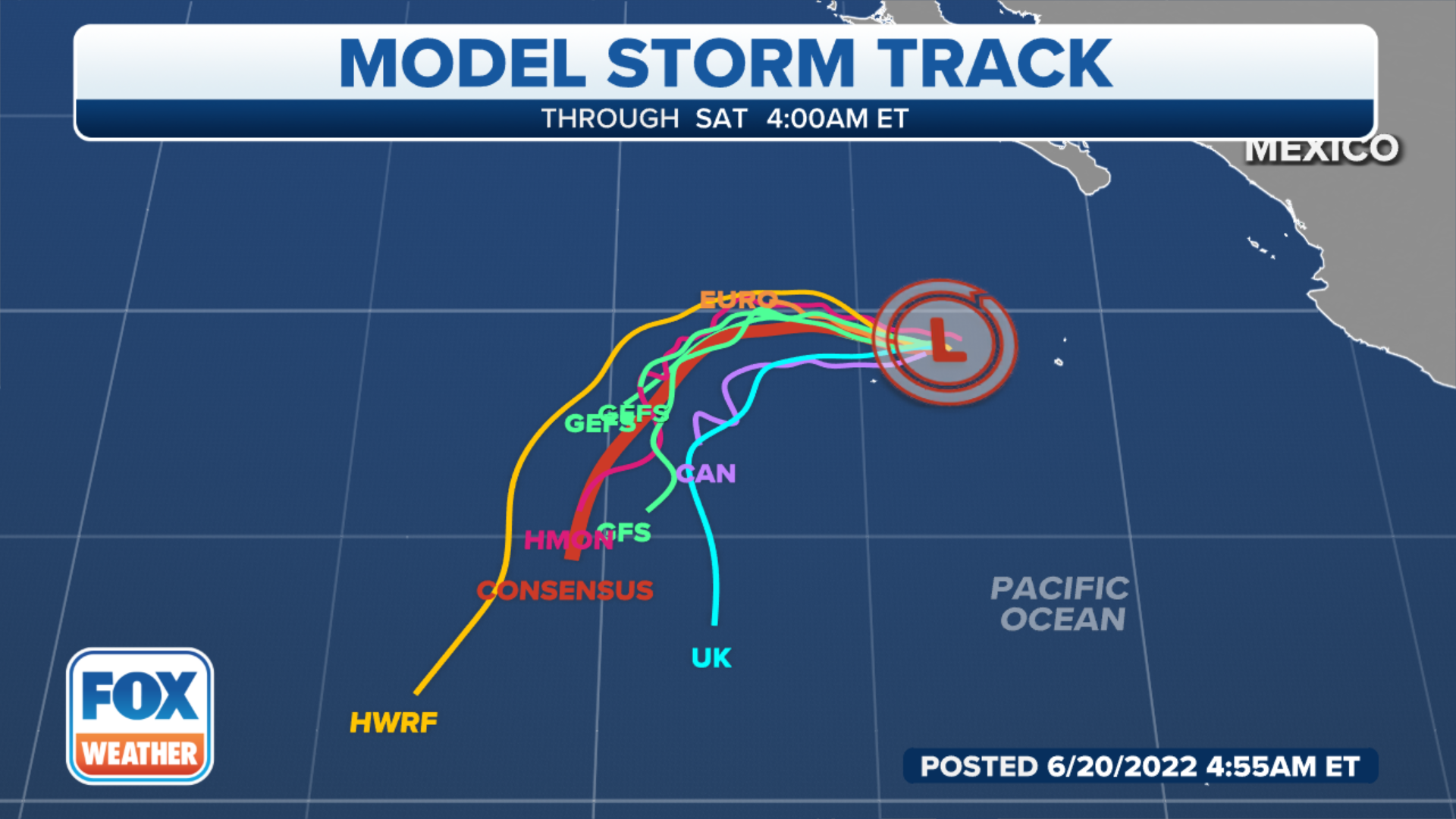 The formation of Blas on Tuesday was about 10 days ahead of the average date of the Eastern Pacific's second named storm of the season.

June 24 is typically when the "B" storm forms in the Eastern Pacific.

On average, the second storm in the Pacific isn't named until June 24.

Another area to watch for possible development

The NHC is monitoring an area off the coast of Central America for possible development into another tropical depression or tropical storm in the Eastern Pacific.

Shower and thunderstorm activity has increased slightly with an area of low pressure a couple of hundred miles south of the coasts of Guatemala and El Salvador.

According to the NHC, environmental conditions are forecast to become a bit more favorable over the next day or two, and a tropical depression is likely to form within the next couple of days. 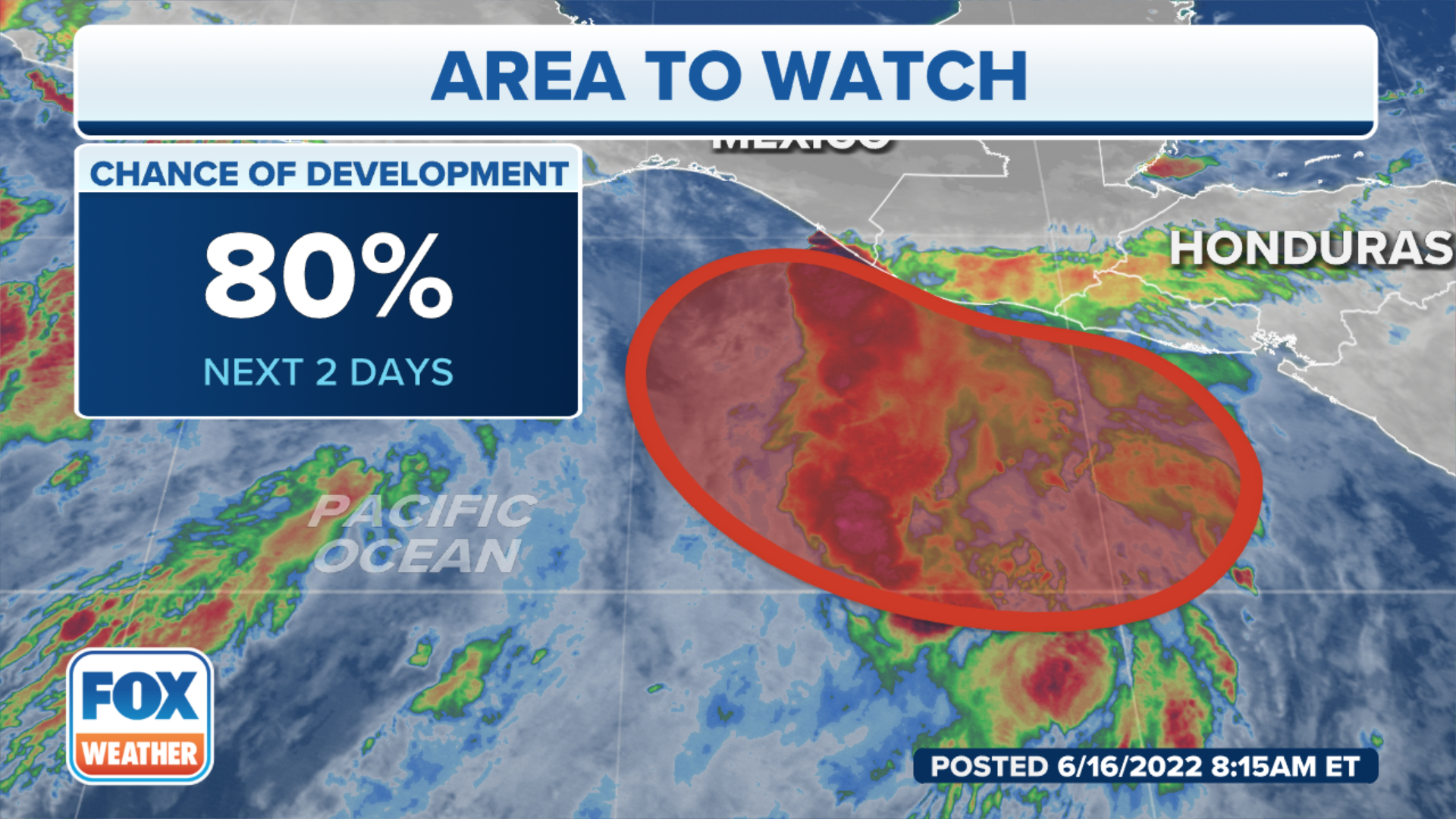 The latest outlook from the National Hurricane Center for an area of low pressure south of the coast of Central America.
(FOX Weather)

The system is forecast to meander in this area through the weekend, but it will begin to drift westward by early next week.

Regardless of development, locally heavy rain is possible across portions of El Salvador, Guatemala and southeastern Mexico over the next several days.