Tropical disturbance no longer a threat for development

A tropical disturbance that had the potential to develop into a tropical depression or Tropical Storm Danielle is no longer a threat.

A tropical disturbance that forecasts had been watching for potential development is no longer a threat.

The system was dubbed Potential Tropical Cyclone Four by the National Hurricane Center. A PTC classification is simply a convention used by the NHC to identify a disturbed area of weather that has the potential to impact land as an organized tropical cyclone.

The greatest impact was expected to be the potential of flooding downpours, for a region that is still drying out from a previous wet weather event. A tropical disturbance last weekend dropped between 3 and 6 inches of rain in the Rio Grande Valley.

The FOX Forecast Center said the rainfall amounts will be light over southern parts of the Lone Star State, with slightly higher amounts in northern Mexico.

The chance of scattered showers and storms associated with the disturbance is expected to diminish by Monday as the system loses any influence from the warm waters of the Gulf of Mexico. 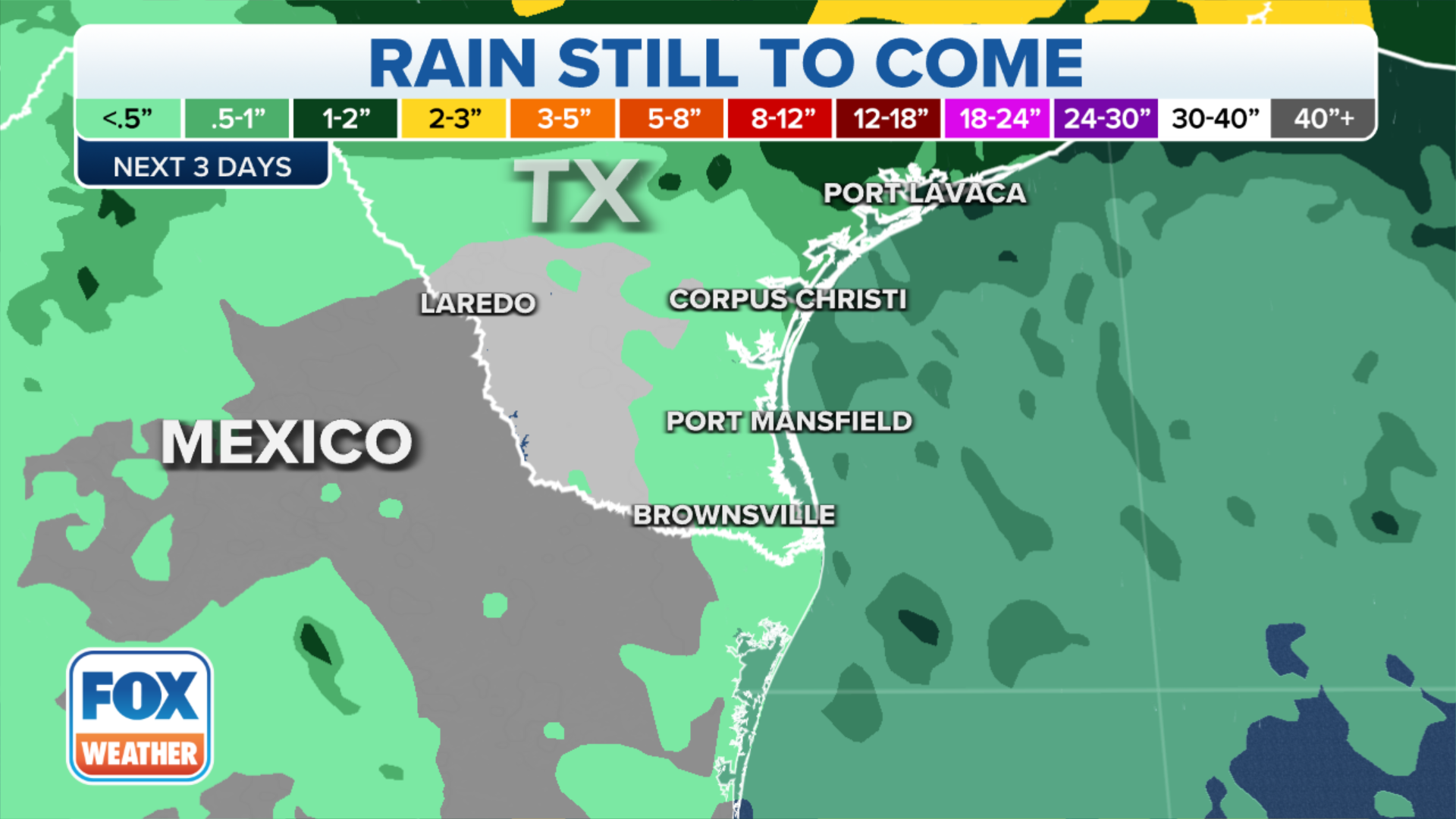 Residents near the Texas-Mexico border took advantage of the dry skies on Saturday morning to fill sandbags ahead of the potential flooding.

In addition to heavy rain, the disturbance was also expected to increase seas and cause rough surf along beaches.

The NWS warns the combination of gusty winds and choppy waters is creating a strong rip current risk. Swimmers are encouraged to stay out of the water until the conditions subside.

It's estimated around 100 people die each year from rip currents. If you are caught in a current, it is advised you don’t try to swim against the force outgoing water. Instead, swim parallel to the shoreline until out of the rip current, and then you can safely head back to towards land. 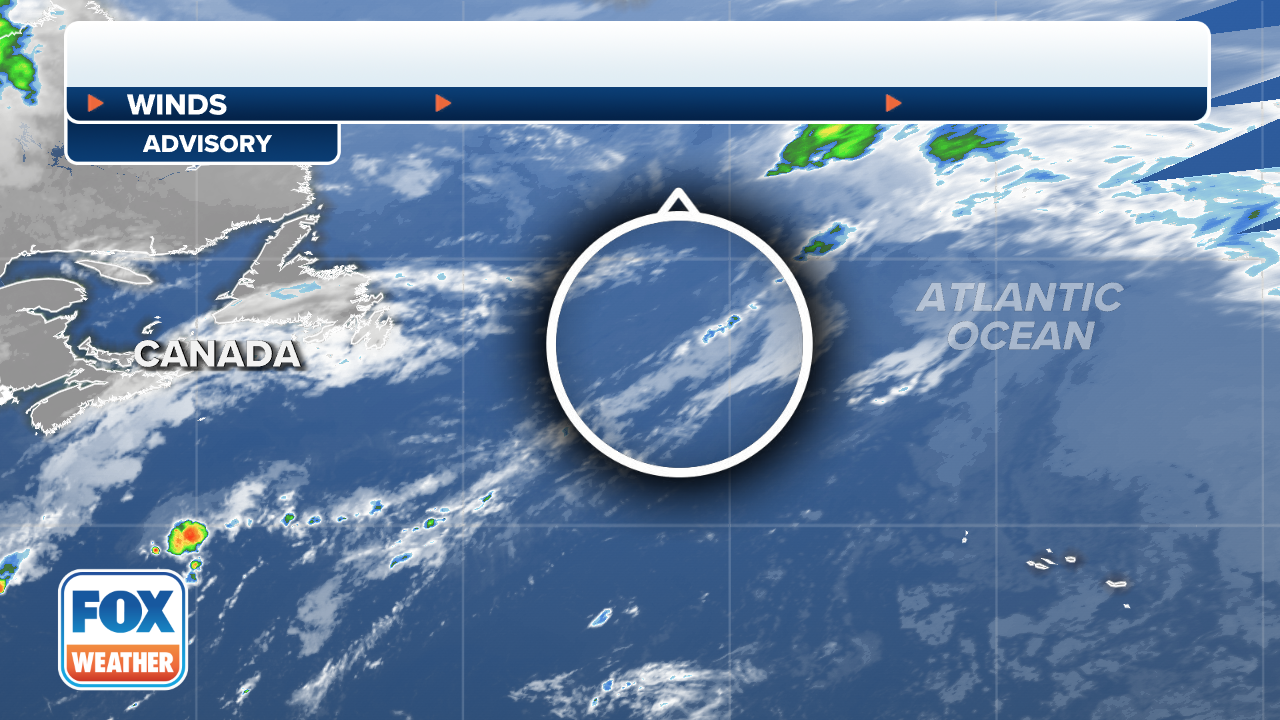 The next Atlantic system to become a tropical storm with winds of at least 40 mph will earn the name "Danielle", but we've already passed the date by which the "D" storm would form in an average season (Aug. 15). 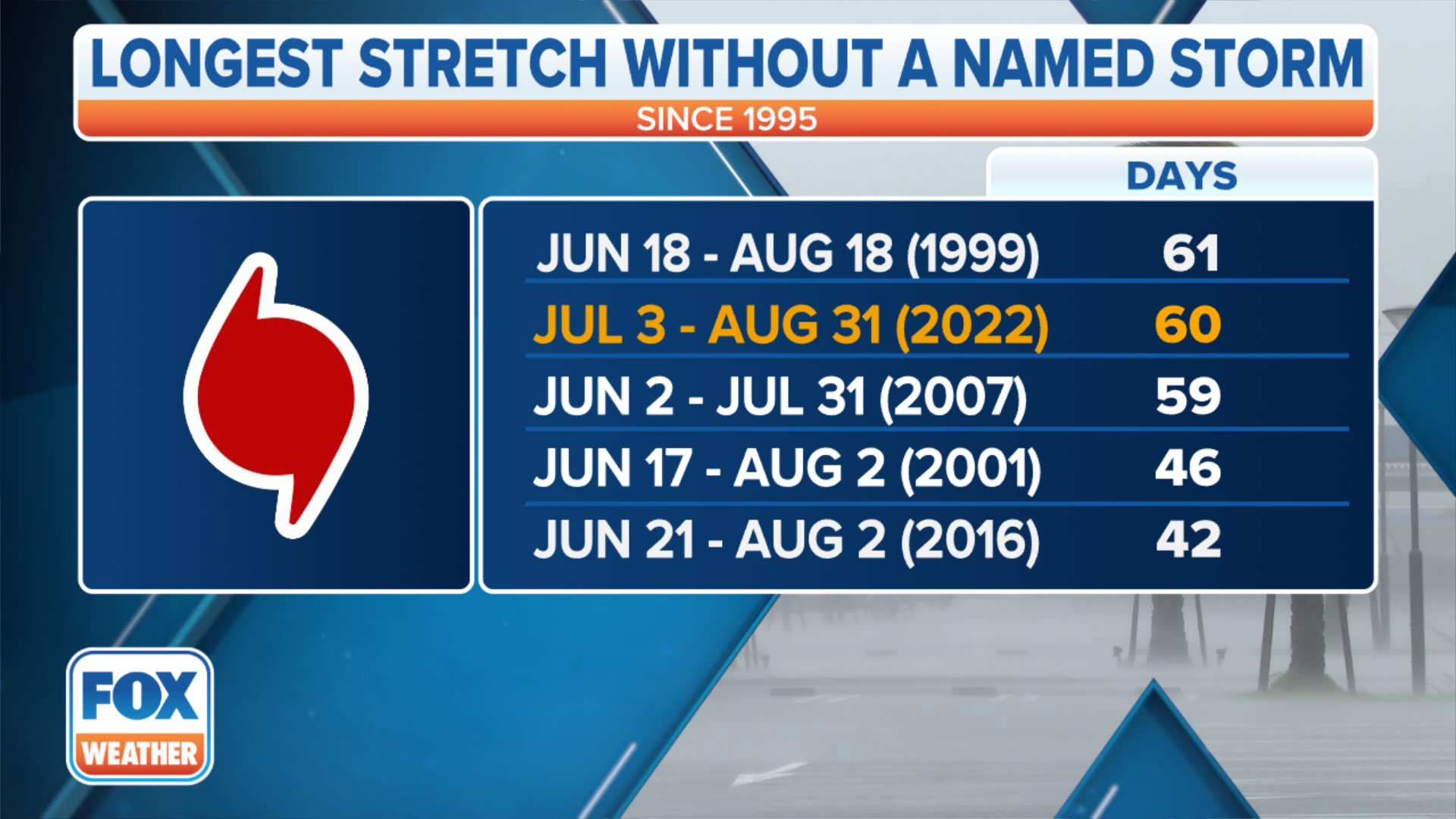 The longest stretches on record without a named storm in the Atlantic Basin during hurricane season.
(FOX Weather)

Another benchmark that's been missed in 2022 is the average date of the Atlantic's first hurricane (Aug. 11).

As long as the current lull in tropical activity continues, more benchmarks are in danger of falling.

HURRICANE SEASON 2022 RUNNING BEHIND SCHEDULE: HERE ARE THE IMPORTANT BENCHMARKS TO WATCH FOR

Aug. 22 is the typical date the "E" storm forms, and Aug. 26 is usually when the second hurricane of the season develops, but both dates are in jeopardy of being missed.

As the season marches deeper into August and enters the first month of meteorological fall, these benchmarks become more critical as hurricane season nears the climatological peak of activity on Sept. 10.

Three tropical storms have formed in the Atlantic during the 2022 season.