A flood watch is in effect through Saturday morning for the flood-ravaged counties in eastern Kentucky. A humid airmass will remain in place on Saturday prompting the development of more scattered storms in the afternoon.

A sprawling, slow-moving front across the eastern third of the U.S. will remain the focus for heavy rain and thunderstorms into the weekend in the Ohio Valley and Northeast, including the flood-ravaged areas of eastern Kentucky.

The same front brought strong storms to the mid-Atlantic on Thursday where four people in Washington were struck by lightning near the White House.

According to the FOX Forecast Center, the heaviest rain Saturday is likely to occur over the Appalachians from western Virginia into northern Georgia. Flash flooding is possible in these areas, especially in locations that are soaked by repeated rounds of downpours since the ground is already highly saturated from recent rainfall. 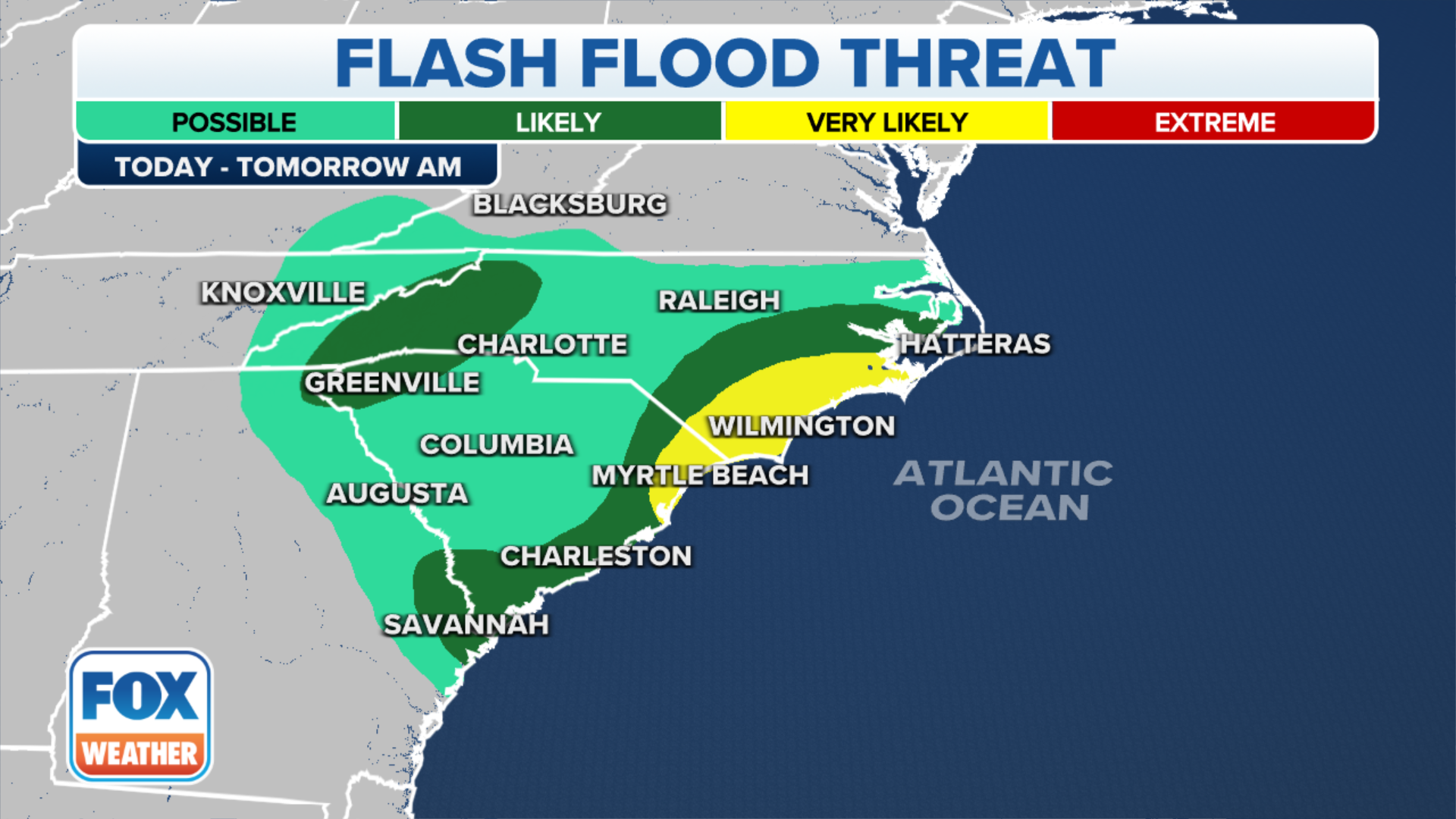 Flood Watches have been issued by the National Weather Service for much of Kentucky, as well as southern Ohio, southwestern Virginia and West Virginia. A Flood Watch means flash flooding is possible in the indicated areas.

The FOX Forecast Center says most locations can expect 1 to 3 inches of rain over the next couple of days, but locally higher amounts upwards of 3 to 5 inches are possible in places that are hit the hardest. 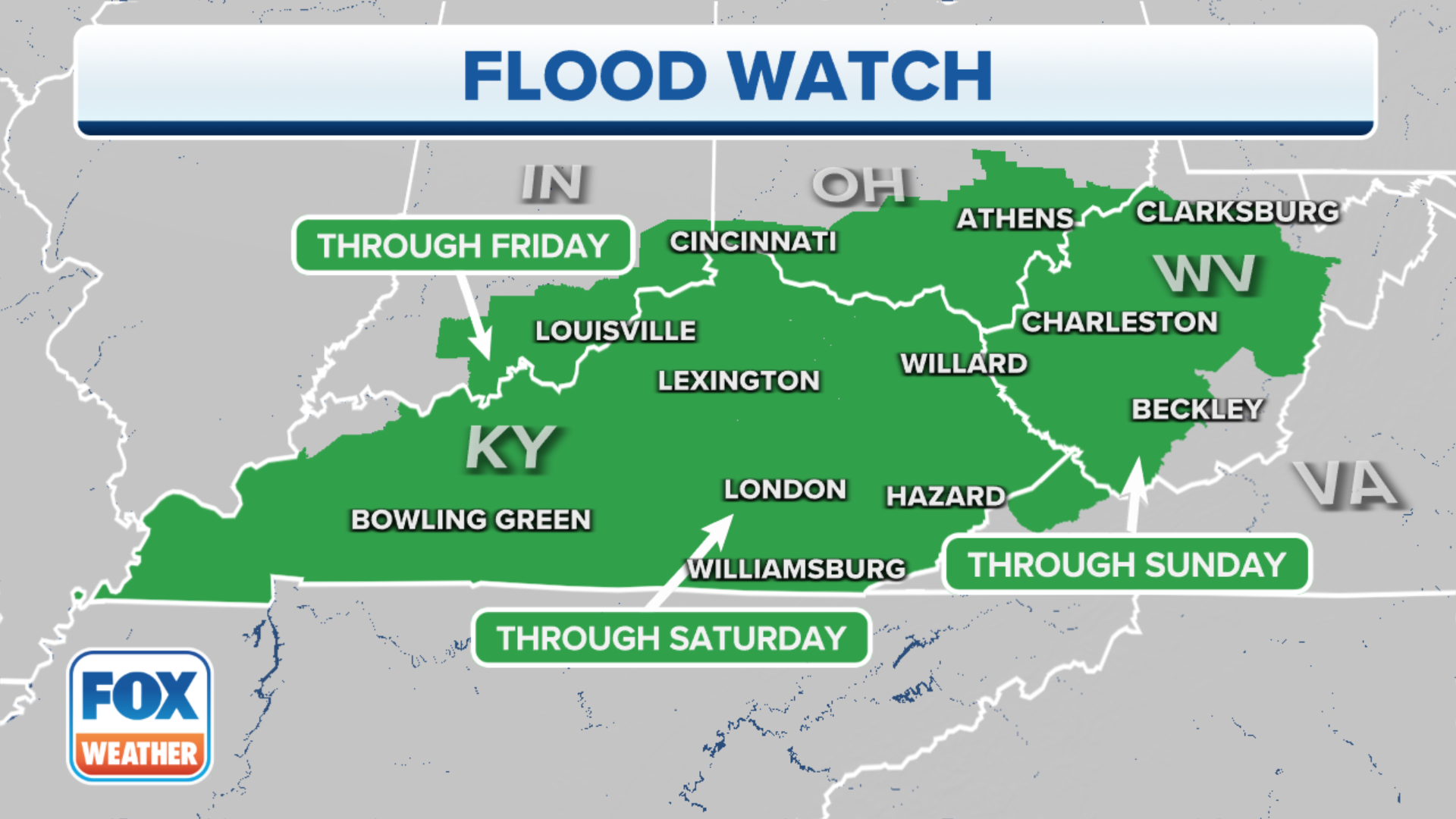 Flood Watches are in effect across the Ohio Valley.
(FOX Weather)

"As (the rain) progresses slowly out toward the east, we are going to have that potential of additional flooding across the area each and every day," said FOX Weather meteorologist Britta Merwin. "This is definitely more of a marathon than a sprint."

Any thunderstorms Saturday in the eastern U.S. are likely to remain below severe limits, but any storm will be capable of producing torrential rainfall, lightning and gusty winds. 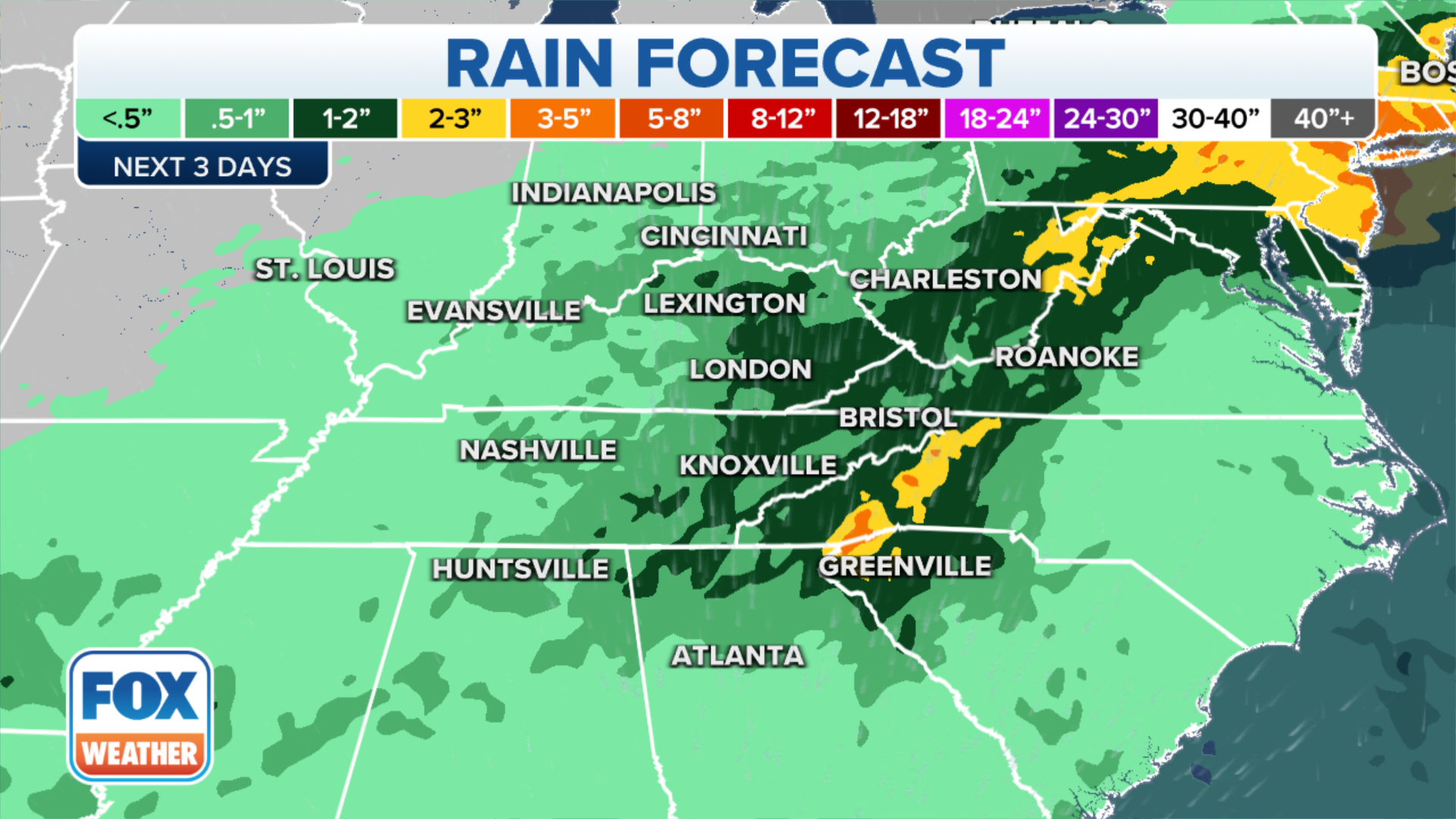 Expected Rainfall over the next 5 days
(FOX Weather)

One of the many areas that saw heavy rain on Friday and that could see more over the weekend is the nation's capital.

Some streets in poor drainage areas looked like streams during the afternoon downpours.