DALLAS – FOX Weather multimedia journalist Robert Ray was in the right place at the right time on Monday morning as he was able to help rescue a woman from her submerged vehicle after torrential rain led to deadly flash flooding in the Dallas-Fort Worth Metroplex.

Ray was in the Dallas area reporting on the flooding after many parts of the area received more than a half-foot of rain.

FOX Weather's Robert Ray helped rescue a woman from her submerged car in Dallas. She said, "I thought I was going to die."

While he was getting ready for a live report on FOX Weather, a car drove onto a water-covered roadway which quickly submerged the vehicle.

"She literally, as I was standing here setting up for the shot, guys, pulled in and didn't realize it," Ray said. "The next thing you know, her car was floating. So, I went out there and tried to push her vehicle as best I could."

Ray said he was trying to push the car closer to higher ground but quickly realized that wasn't going to happen, so Ray pulled the woman from the window of her car.

'A blessing from God actually': Woman thanks FOX Weather's Robert Ray for helping her from submerged car

"A blessing from God actually." A woman thanked FOX Weather's Robert Ray for helping her from her submerged car in Dallas.

Carroll told Ray that she didn't see the water on the roadway when she approached the intersection and drove into the floodwaters.

Be sure to download the free FOX Weather app to track the heavy rain and receive important weather alerts.

"I didn't see anything," Carroll said. "I thought I was just going to drive. I go this way every day to get my daughter."

And when her car entered the water, she told Ray she only had one thought.

Ray said when he pulled up to the area earlier on Monday morning, he saw crews with the city, and they said they would bring pumps in to try and get rid of some of the water since it takes a long time for water to recede after flooding.

"Gosh, guys, over 8 inches of rain has fallen in some spots in about a 12-hour period," Ray said. "People are in harm's way. This is a prime example, guys, of what water and flash flooding can do. My goodness. My heart is 'boom, boom, boom' right now. What a morning here in Dallas."

The Fort Worth Fire Department said they have responded to about 40 high water investigations since about 10 p.m. Sunday night. However, it's still unclear how many of those investigations led to the rescue of people who were stranded. 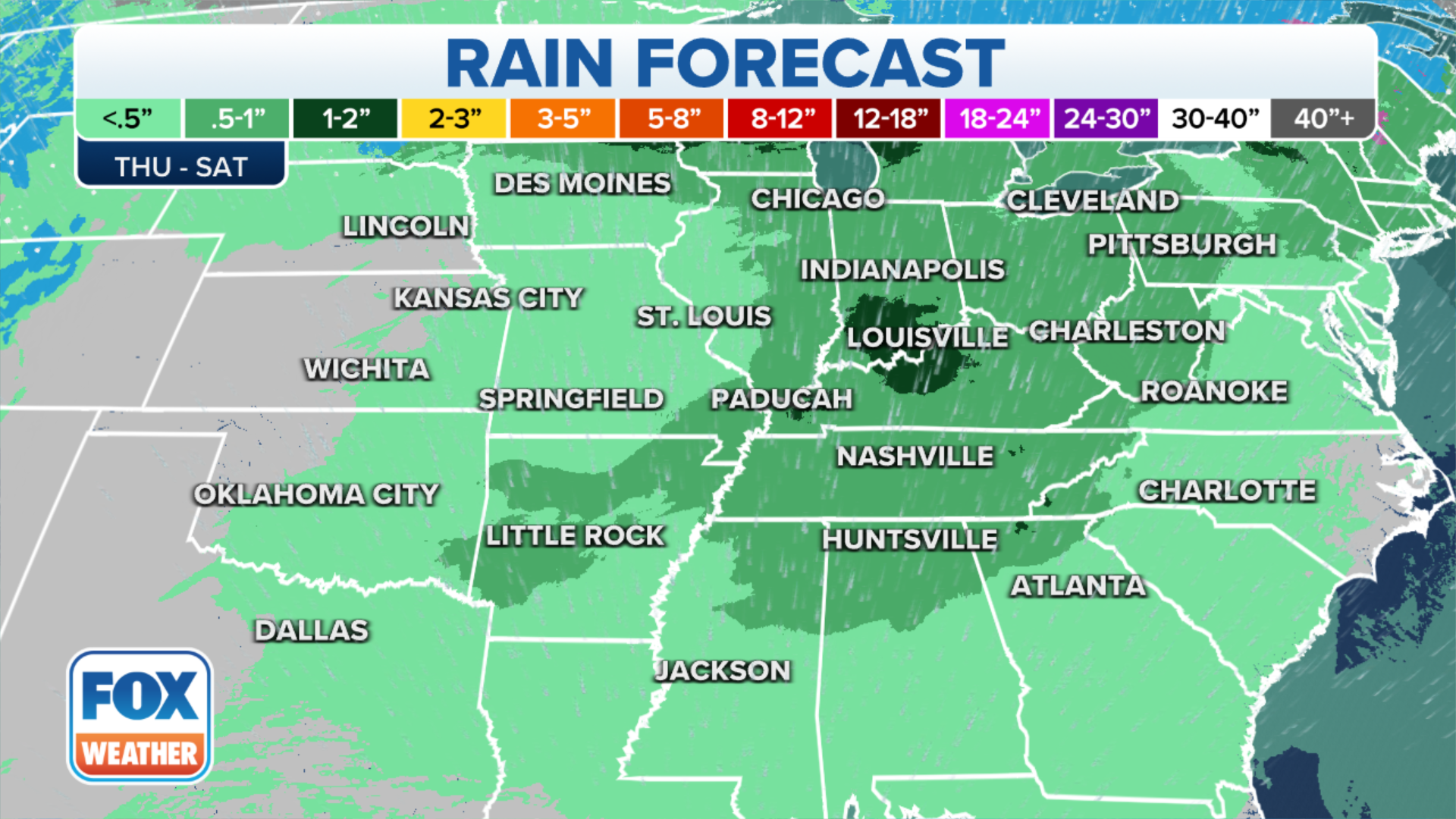 The rain forecast for the next three days.
(FOX Weather)

An additional 3 to 6 inches of rainfall is possible over the next few days from Central Texas to central Mississippi, with locally higher amounts up to 7 inches possible in some areas.

While much of this rainfall will be beneficial and welcome due to the effects of an ongoing drought, the potential still exists for flash flooding, especially in urban areas and places with poor drainage.