Evacuations ordered for some residents in Taylor County, Texas, as the Mesquite Heat Fire burns.

TAYLOR COUNTY, Texas – Several large wildfires burning in Texas continue to rapidly grow and spread, prompting one county to declare a disaster and evacuate residents being threatened by the flames.

The Mesquite Heat Fire burning in Taylor County is currently at 9,613 acres and is only 5% contained. 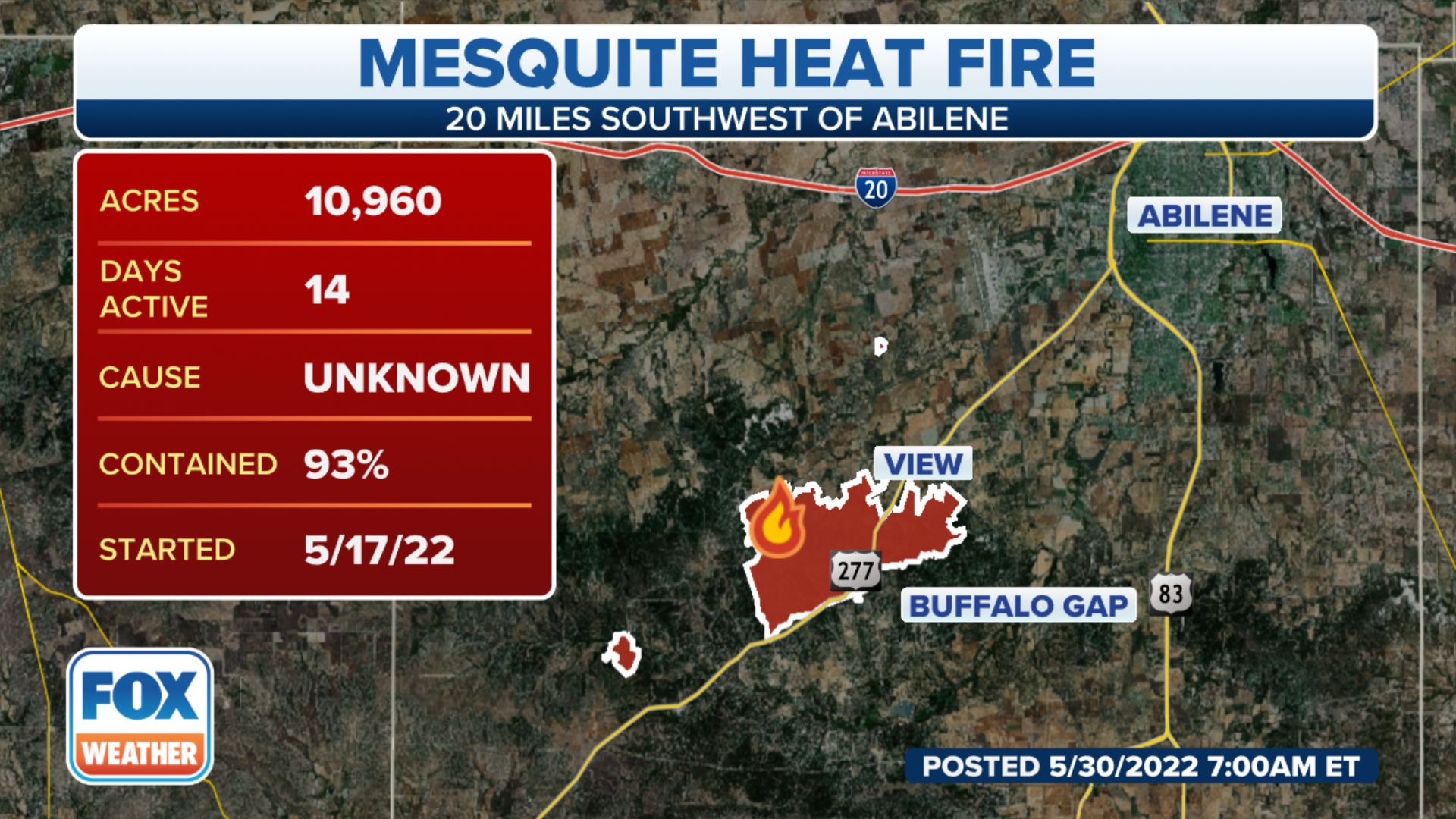 The Texas A&M Forest Service warns that there is the potential for more fires to break out and will likely be resistant to control due to the extremely dry conditions, strong winds and 100-degree temperatures across the region.

The potential for large fires to occur through Friday includes the Western/Eastern Hill Country and Rolling Plains near the towns of Childress, Vernon, Abilene, Brownwood, Lampasas, San Angelo, Ozona and Fredericksburg, according to the Texas A&M Forest Service.

For the most recent updates on evacuation orders, click here.

Video captures flames and smoke in Taylor County, Texas on May 17. (Video: Steve Miller via Storyful)

The Mesquite Heat Fire is just one of several that are currently burning in the Lone Star State.

In addition, the Bowman Fire in Dimmit County has burned 57 acres but is 100% contained.

For the most up-to-date information on the fires, click here.

WHAT DO LEVEL 1, 2 AND 3 EVACUATIONS MEAN DURING A WILDFIRE?

Evacuations have been ordered in Taylor County, Texas, as the Mesquite Heat Fire grows to 1,500 acres.

Another large fire burning in Texas is the Coconut Fire in Wilbarger County.

That fire is currently about 18,000 acres and about 5% contained.

The Texas A&M Forest Service said the fire exhibited extreme behavior due to the dry, hot conditions and increased winds.

Officials also said a thunderstorm had developed near the area Tuesday night and caused a sudden change in the fire's behavior.

About 10:30 p.m. Tuesday, a downburst from the storm caused the fire to erupt and impacted firefighters working to contain the blaze.

One firefighter received multiple burns and was taken to a hospital to be treated and has since been released.