At this time, it appears the fire weather threat will decrease late in the week, but details are unclear at this time.

Three massive fires are burning around Flagstaff, Arizona, and all are at 0% containment.

The Pipeline Fire, just 6 miles north of Flagstaff, was spotted Sunday morning. The Coconino National Forest Fire Service states that the fire that already blackened 20,000 acres is still burning on all sides. Over 2,000 homes have been evacuated, and 700 firefighters are battling the flames.

The Pipeline Fire has grown to 5,000 acres and is currently 0% contained.

Authorities arrested a 57-year-old man, FOX 10 Phoenix reported. Federal arrest documents state that he lit his used toilet paper on fire near his campsite on Saturday and placed it under a rock. Documents continue, saying that the homeless man had been camping in the forest.

Northeast of the Pipeline Fire burns the Haywire Fire. The fire, spotted Monday, already burned 4,000 acres and is expected to merge with the Double Fire, which has burned more than 500 acres since Sunday. Officials suspect lightning from a storm days prior set off the blazes.

The forecast shows the 40- to 50-mph wind gusts from the last few days tapering off, which could aid firefighters. Monsoon thunderstorms might make their way to Arizona for the weekend. The moisture will help, but the lightning could spark additional fires.

Elevated to critical fire weather conditions are expected across portions of the Southwest to the central and southern High Plains on Tuesday.

Fire Weather Warnings are in effect across portions of southwestern Colorado and northern New Mexico, where conditions are expected to be favorable for the easy ignition and rapid spread of fires, the National Weather Service said. 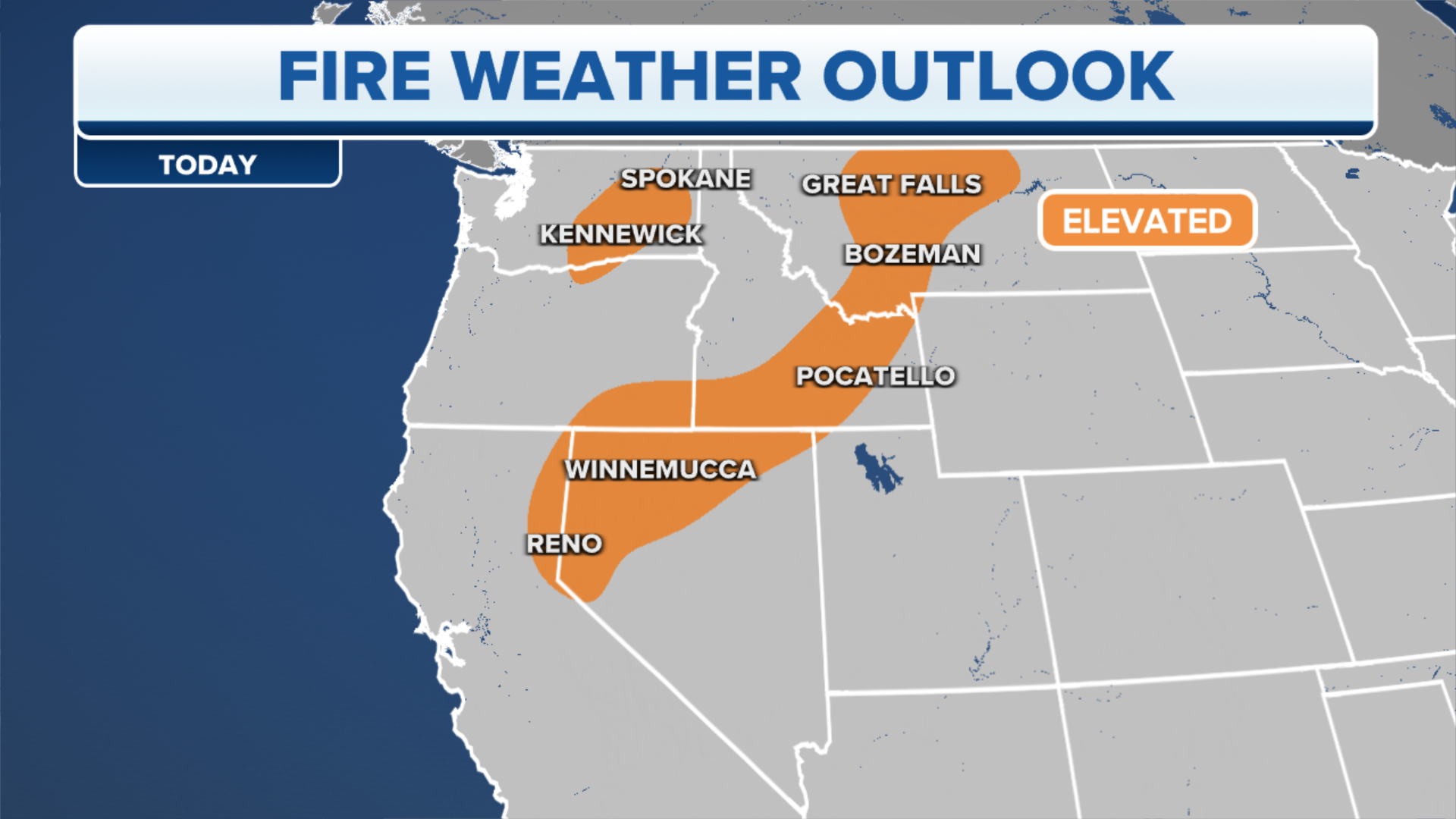 So far, the fire has charred nearly 5,000 acres of land and is 0% contained

Officials say at least 225 firefighters are working to contain and extinguish the blaze, but high temperatures and dry conditions are making it extremely difficult. They expect extreme fire behavior for the next day or so.

Crews have been busy working to extinguish the largest fire in New Mexico's history, the Hermits Peak and Calf Canyon Fire, but some were pulled from efforts there to help crews get a handle on the Midnight Fire.

The Rancho Fire in Tehama County in Northern California already destroyed 10 structures and damaged four others. Over 150 more remain threatened.

The wildfire, which started Monday night, has already devoured 700 acres and is 30% contained.

The Sheep Fire is burning both in the Angeles National Forest and on private land near Wrightwood, located in San Bernardino County in Southern California. The fire has so far burned 990 acres and is 35% contained.

Fighting the fire has been especially challenging due to dense vegetation, steep terrain and high and erratic winds, authorities said.

The NWS issued a Wind Advisory until 11 a.m. Tuesday for the area, so fire behavior could be extreme.

Over 300 people have been evacuated from the private land around the fire. The fire started Saturday and the cause is under investigation. San Bernardino County Fire said no structures have burned yet.

Crews will continue to work Tuesday to increase containment and work hot spots.