Thick smoke plumes billowed into the sky above northern New Mexico as the Midnight Fire continued to grow, officials said on Saturday, June 11. This footage was captured by Mary Ellen Leonard, who said she filmed it near her home in El Rito on Friday afternoon.

EL RITO, N.M. – A large wildfire that broke out in New Mexico last week continues to grow and has now scorched nearly 4,000 acres in the Land of Enchantment.

At least 225 firefighters are currently working to contain and extinguish the Midnight Fire, which is burning in the northern part of the state. 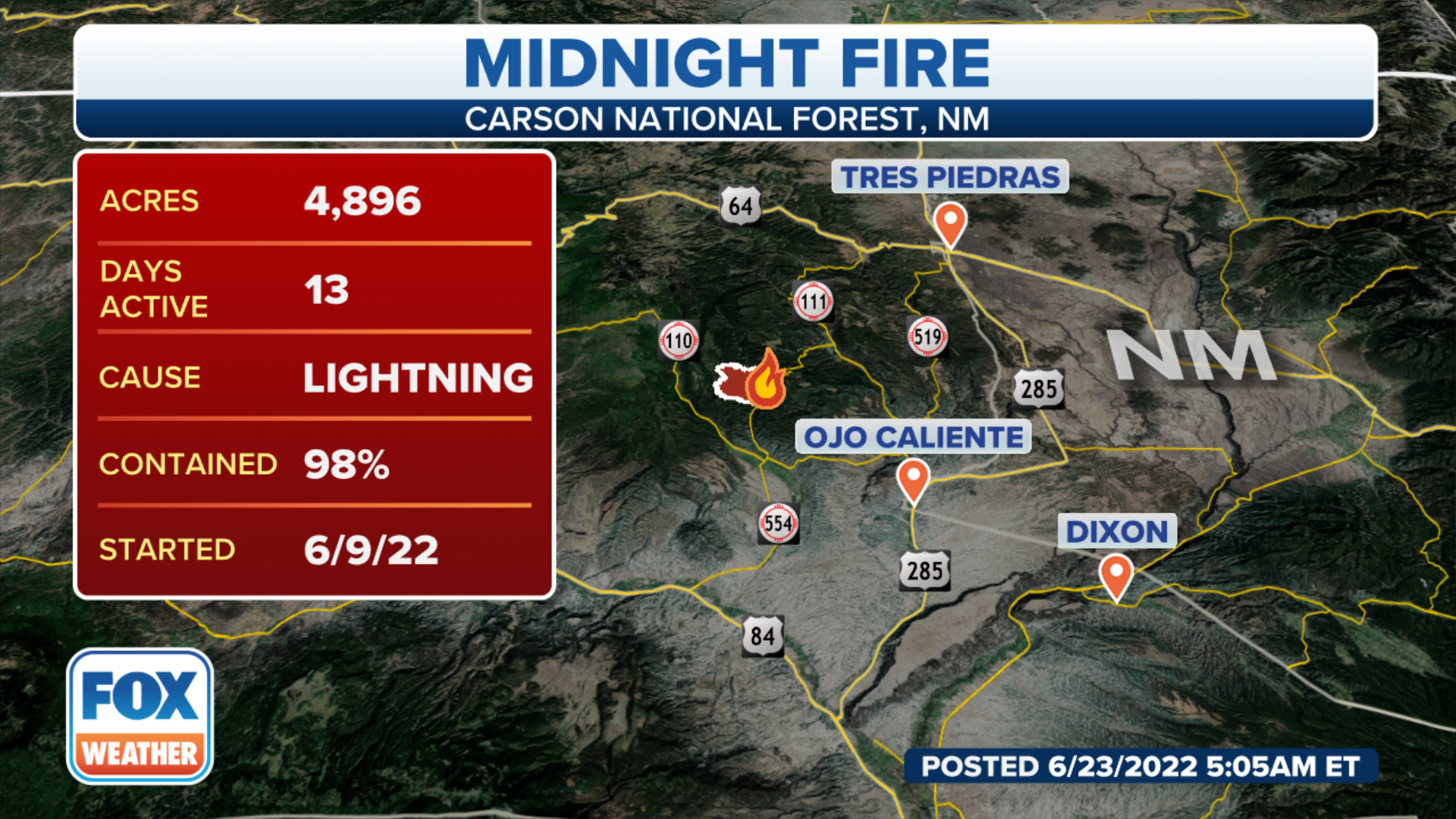 The Midnight Fire is burning in New Mexico.
(FOX Weather)

As of Monday morning, officials say the fire has scorched 3,944 acres and is still 0% contained.

However, firefighters were able to begin construction of a fire line on the eastern and western flanks of the fire with the help of four Super Scoopers and 12 helicopters using fire retardant and water to slow the spread of the flames.

Critical fire weather conditions exist in the Southwest, and Fire Weather Alerts are in effect for nearly 4 million Americans. 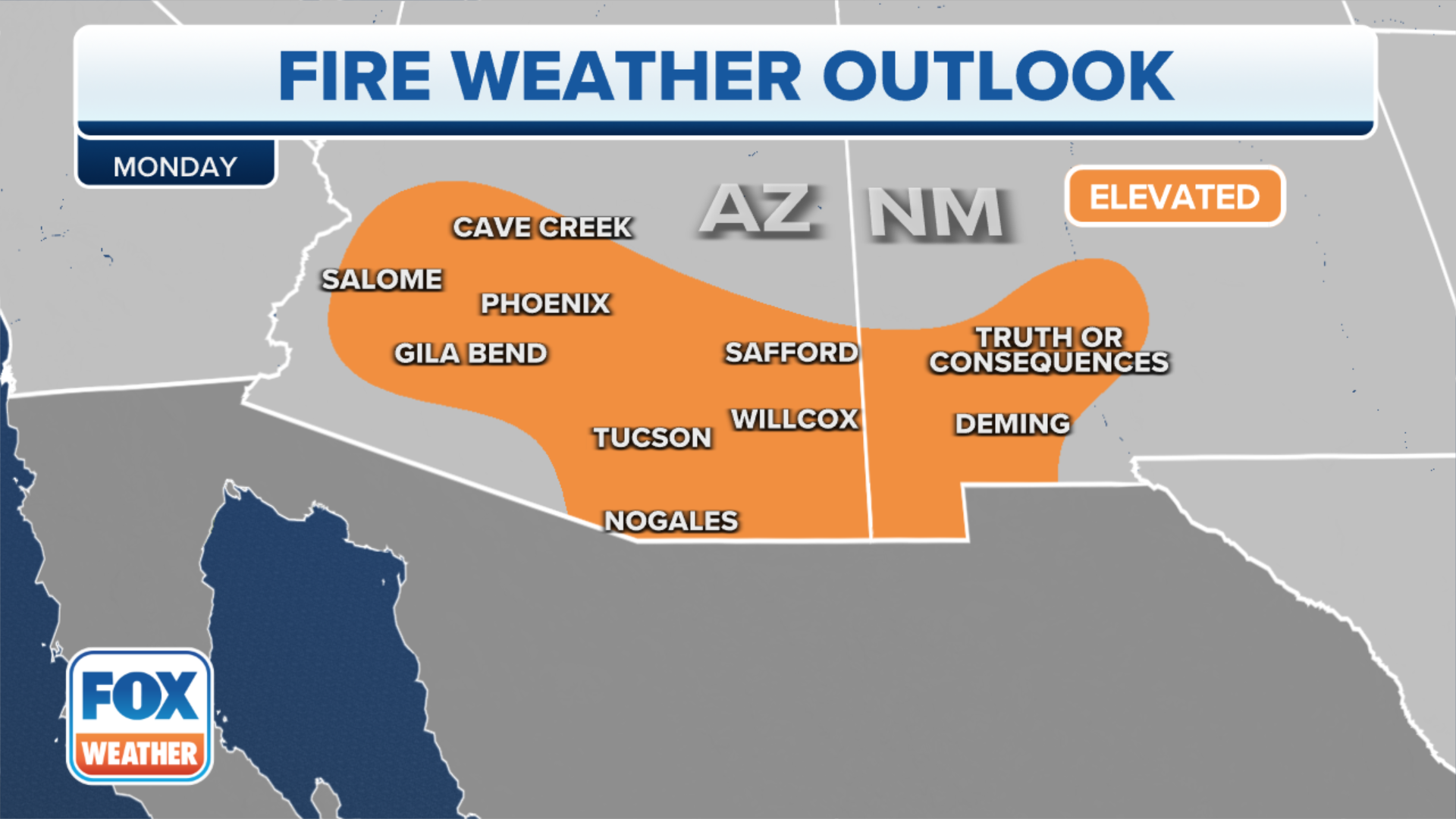