It's a chilly start to the morning across the Northeast as millions of people wake up to record-cold temperatures.

It's a cool start to Father's Day across parts of the Northeast and mid-Atlantic, with many areas seeing temperatures below average during the day. 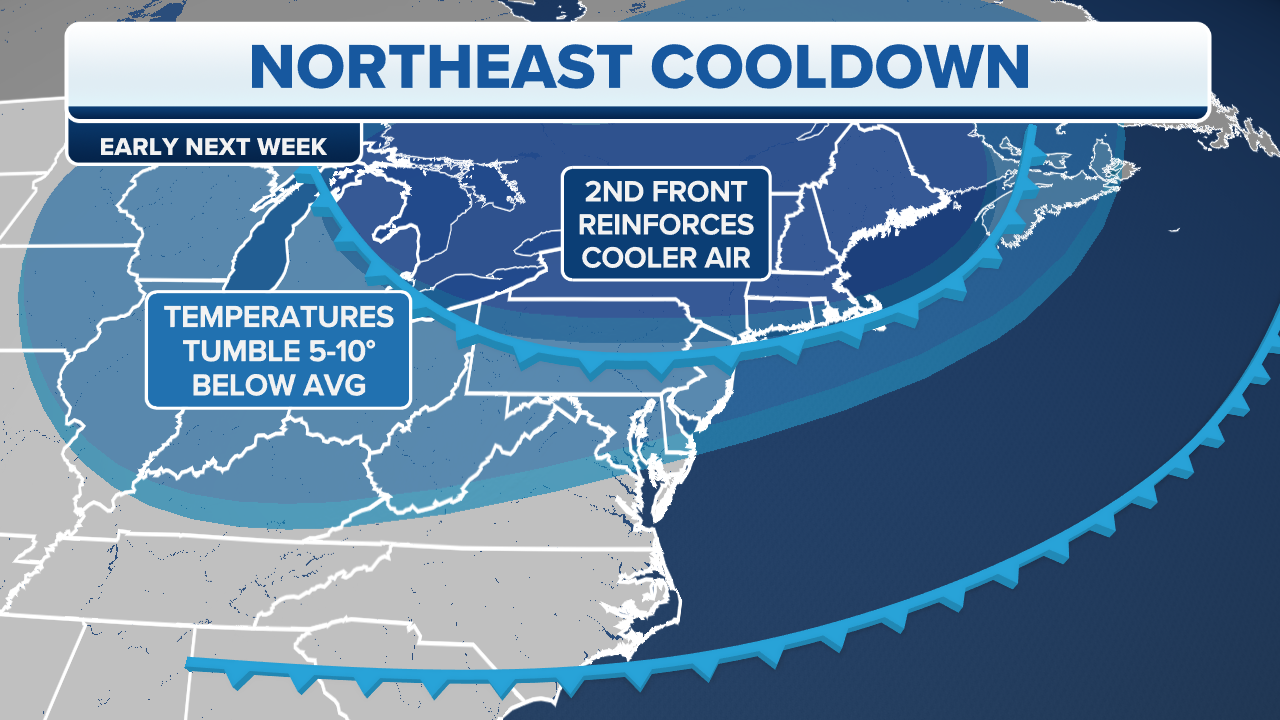 Record low temperatures have been reported in the Northeast while record heat continues in the middle of the country.
(FOX Weather)

The cooler temperatures result from a large dip in the jet stream along the East Coast that has allowed cooler air to filter into the Northeast and parts of the mid-Atlantic.

That dip will also allow for the excessive heat to remain trapped under a ridge of high pressure in the middle of the country.

In fact, heat alerts are in effect across the Plains and upper Midwest as temperatures there could get to or above 100 degrees. 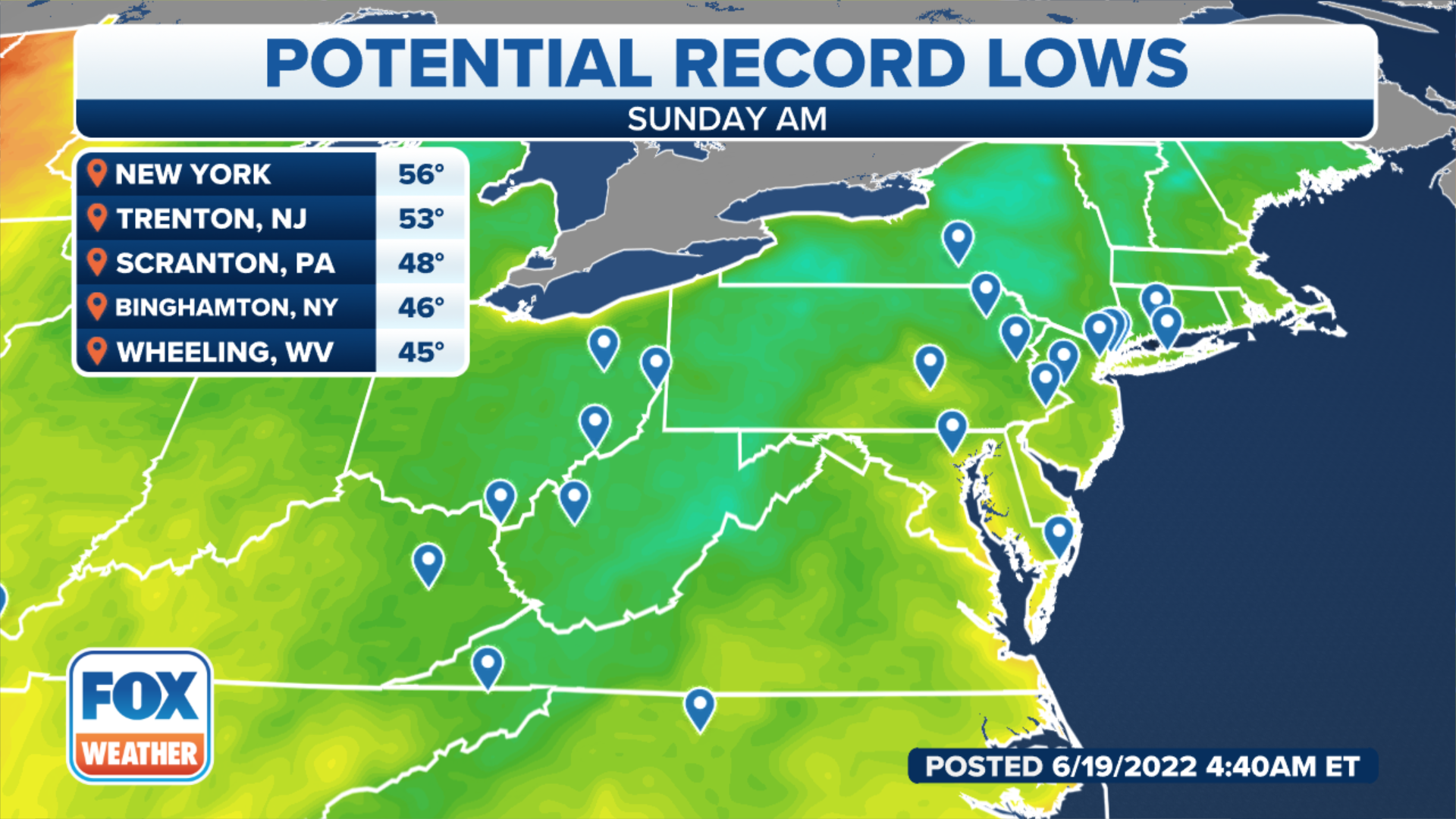 It will be a chilly start to the day across the Northeast and into the mid-Atlantic and Ohio Valley.
(FOX Weather)

The National Weather Service in Boston says daytime high temperatures will be more typical of late April or early October rather than the middle of June.

Some cities reported record-low temperatures Sunday morning, and other records are in jeopardy of falling.

Most of the record low temperatures are expected across parts of the Northeast and southern New England, but other records stretching from the mid-Atlantic into the Ohio Valley could also fall.

Wheeling, West Virginia, is expected to fall back into the mid-40s to start the day. 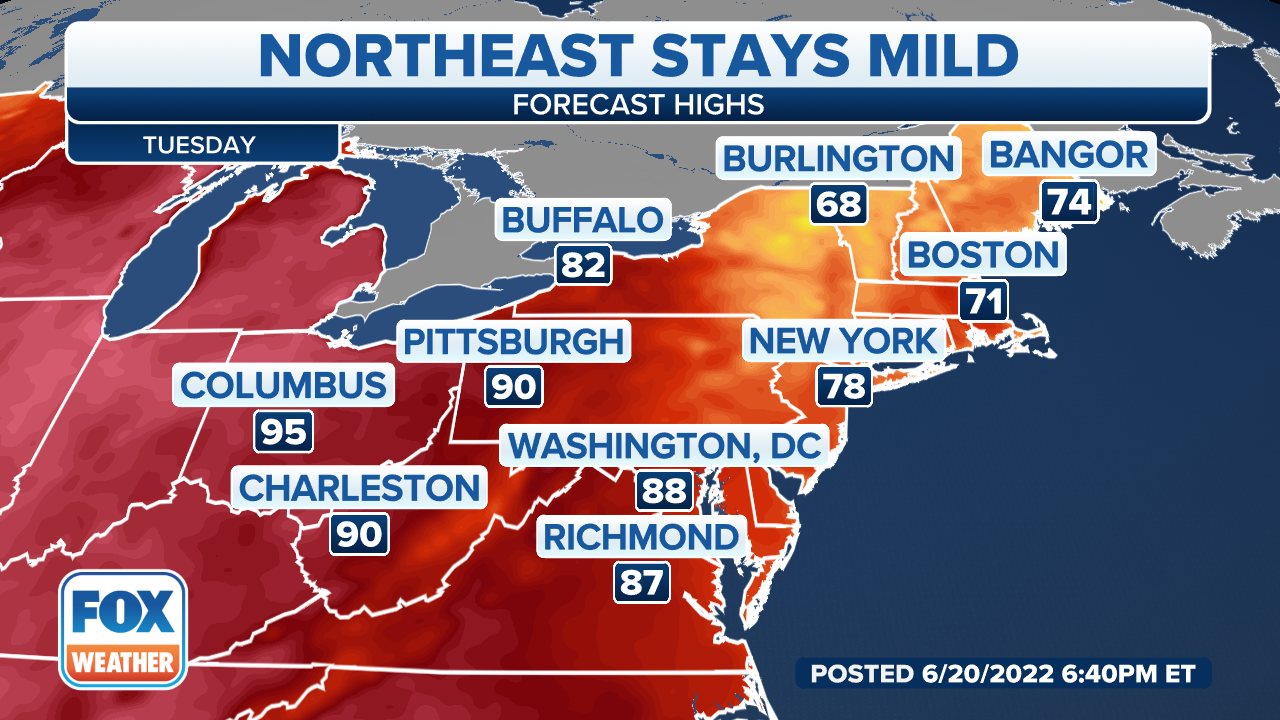 Temperatures in the Ohio Valley and the mid-Atlantic will warm up nicely after a cool start to Sunday.

It will be into the mid to upper 70s from Columbus, Ohio into Charleston, West Virginia, Richmond Virginia and Washington.

Pittsburgh and New York City will get to the low-70s, but it will be much cooler further north.

Boston will only see a high temperature of around 62 degrees after a rainy start to the day.

And in northern New England, places will be even colder.

Bangor, Maine, for example, will only see a high temperature of 49 degrees. 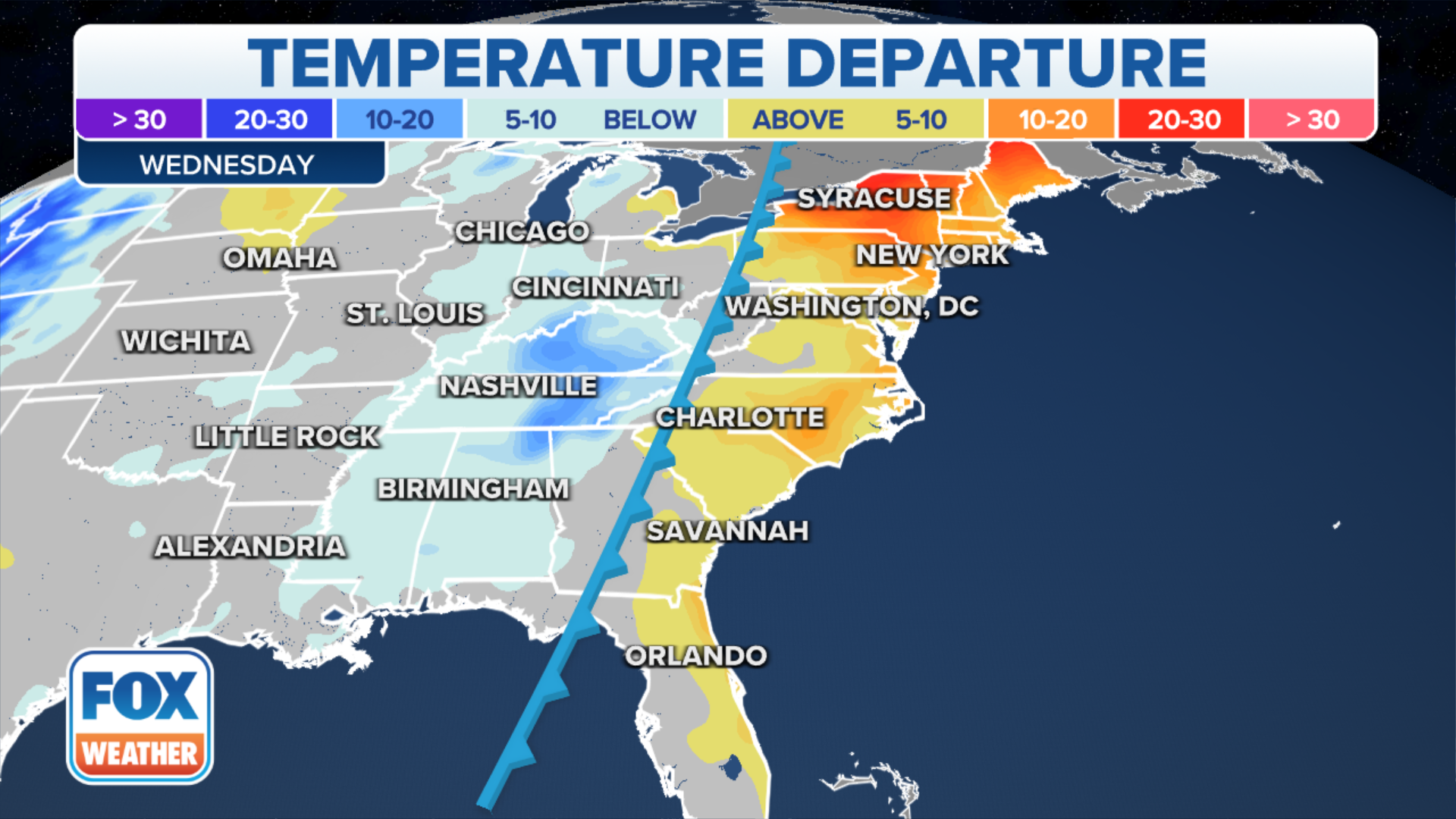 Temperatures will be below average across the region.
(FOX Weather)

Millions of Americans across the region will notice how cool it is after days of warmer temperatures.

Further north, temperatures are expected to be 20 degrees below average, with some areas of northern New England feeling even cooler.