A late winter storm may deliver significant amounts of snow to the Northern Plains and Great Lakes through Thursday.

A storm system that will bring severe weather to parts of the South hit hard by severe weather last week is expected to bring wintry precipitation to areas of the Northern Plains and Great Lakes.

SEVERE THUNDERSTORMS, INCLUDING TORNADOES, WILL RETURN TO STORM-RAVAGED SOUTH

The National Weather Service says the storm system will move out of the Rockies starting Tuesday, and while that will eventually lead to severe weather closer to the Gulf of Mexico, snow and ice will begin in the northern tier. 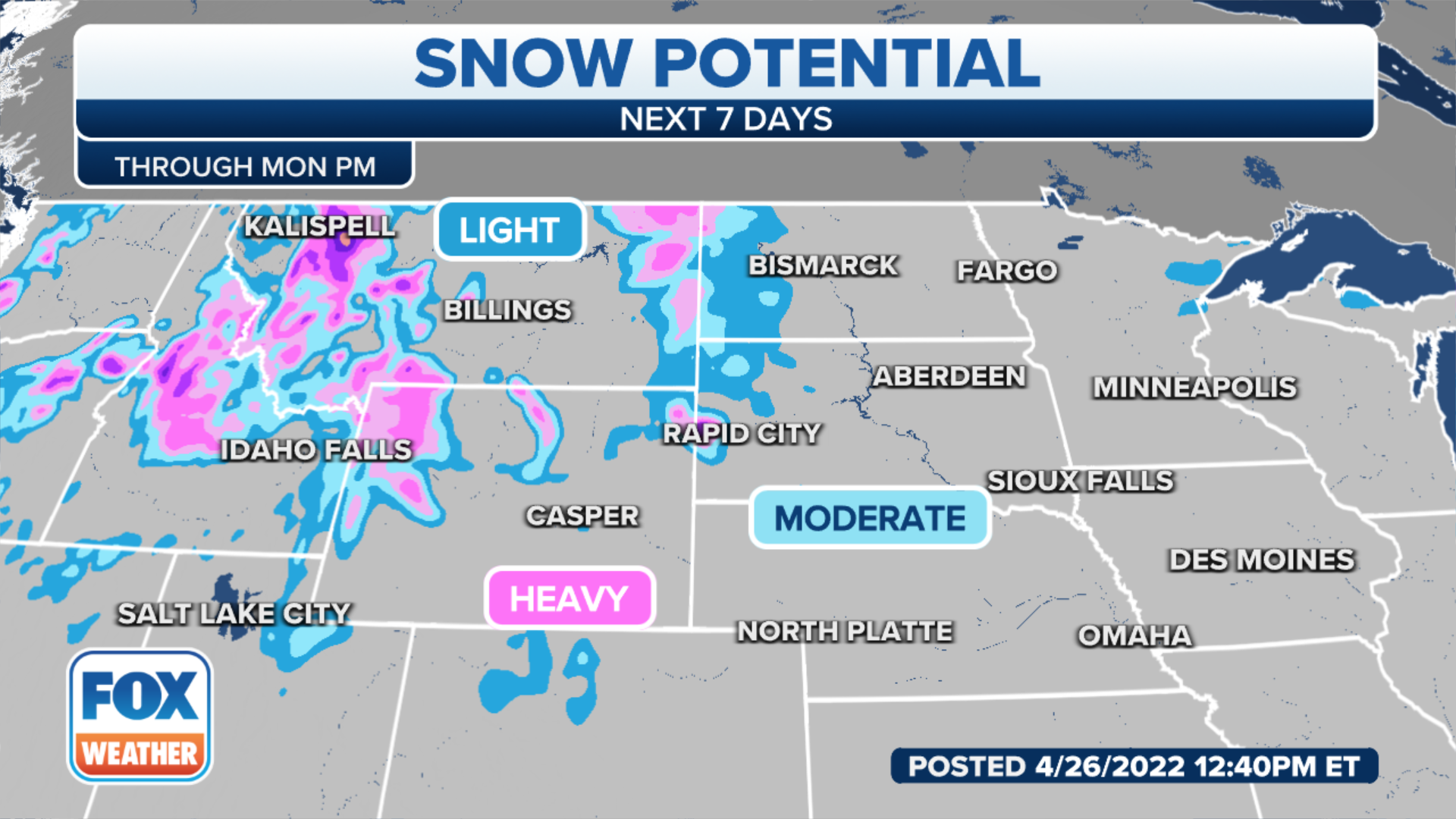 While lighter snow accumulations are expected for most of the region from the Dakotas to central and southern Minnesota and the Great Lakes, heavy snow could fall across northern Minnesota, far northern Wisconsin and the Upper Peninsula of Michigan. 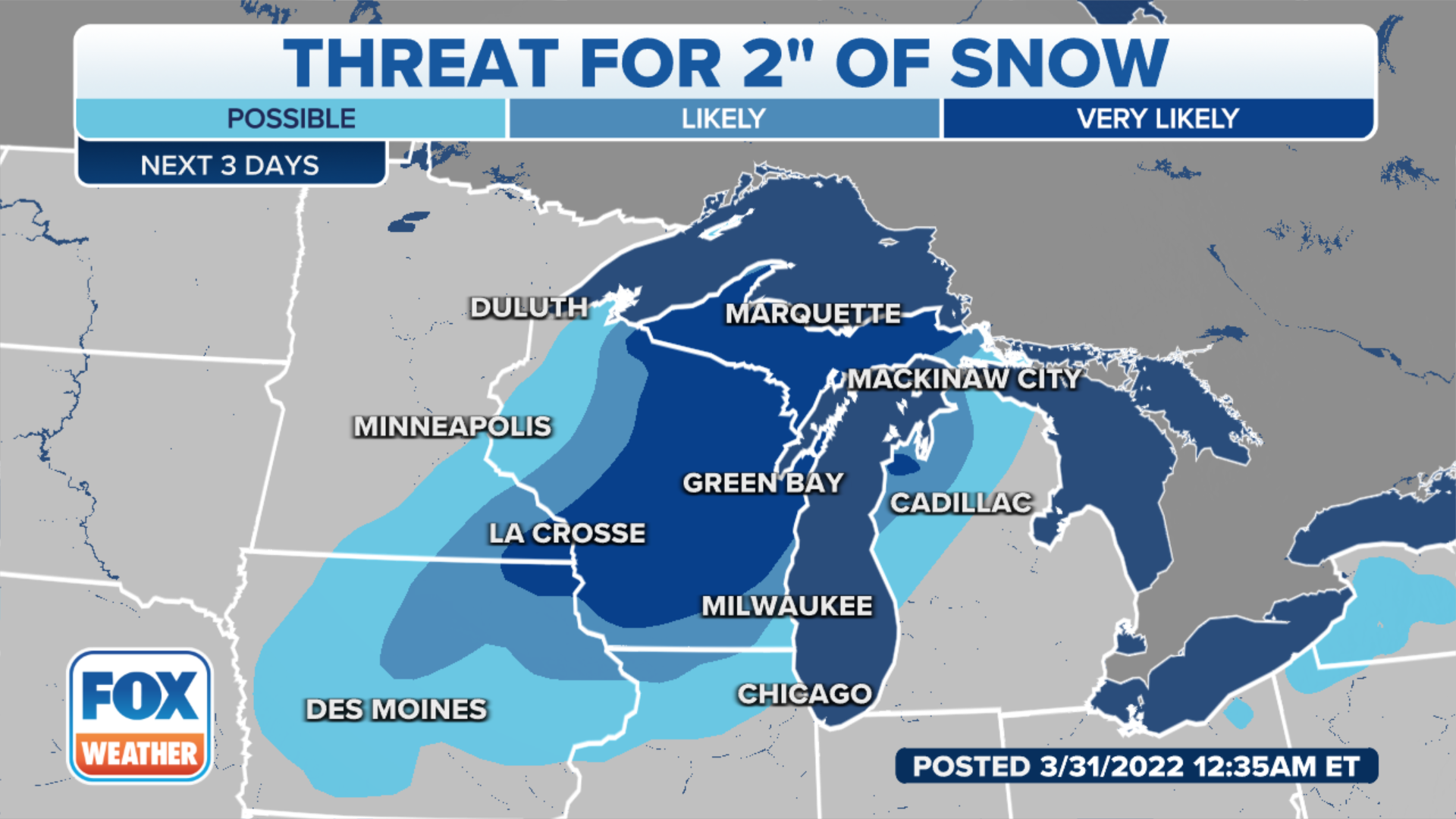 This will by no means be a blockbuster snow event that's more common during the winter. However, there is the potential for many areas to see more than 2 inches of snow by the time the system moves out of the region during the middle and end of the week.

Northern Minnesota, including Duluth and International Falls, has the highest chance of seeing several inches of snow from this system.

7 THINGS YOU NEED TO KNOW ABOUT WINTER DRIVING 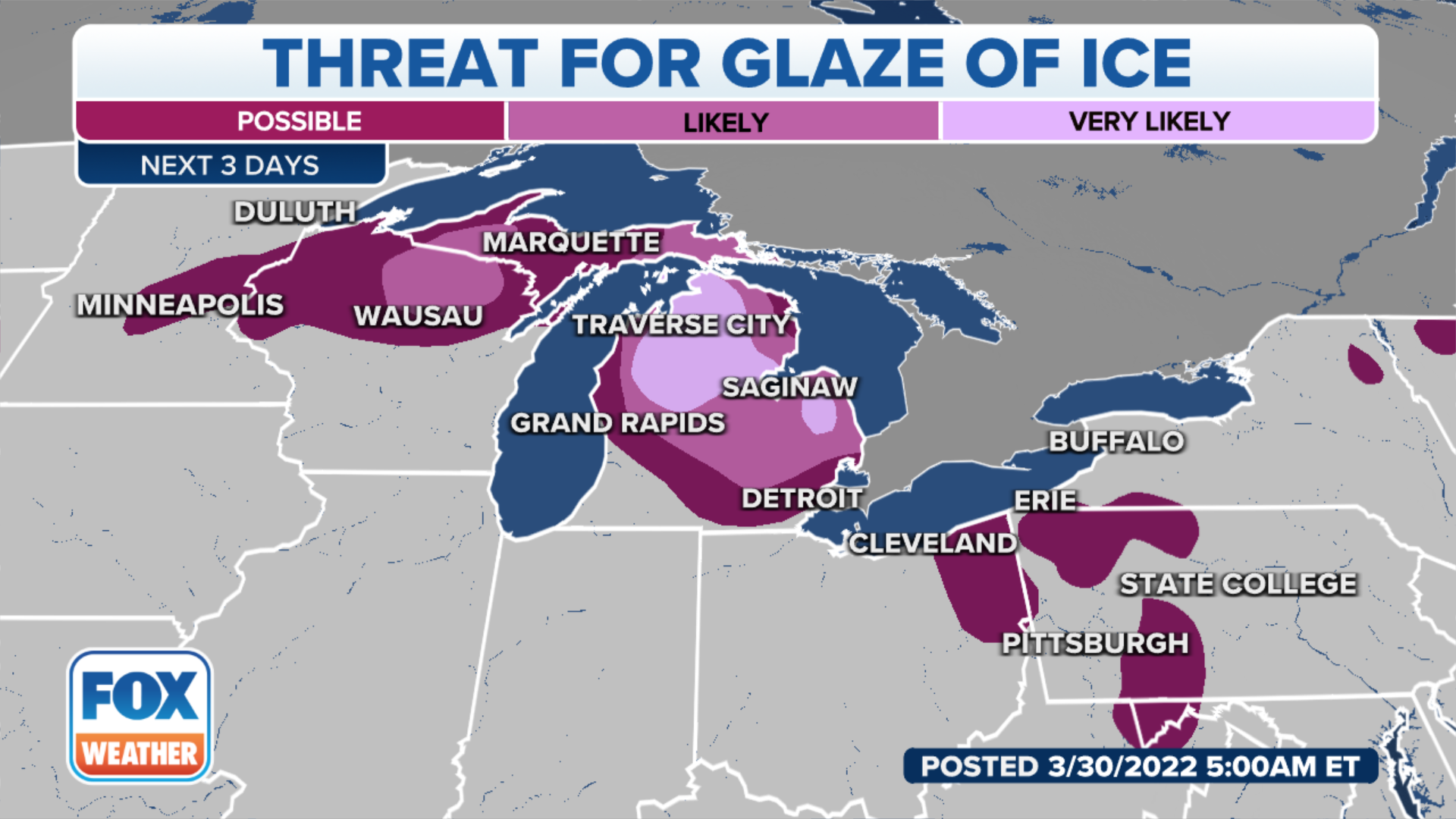 Snow isn't the only threat from this storm system.

Freezing rain is also expected to create icy travel conditions in the upper Midwest and Great Lakes over the next few days.

The threat of a glaze of ice on roads and highways is possible from Wisconsin into Michigan and even the central Appalachians, but areas with the highest risk for disruptive ice exist in northern Michigan from the Saginaw area into Traverse City.