The midterm elections are here, and voters in four states will be heading to the polls on Tuesday to cast their ballots for whom they'd like to see in local, congressional and state leadership positions.

Over the past several weeks, voters have been met with all kinds of weather conditions, from cold temperatures to extreme heat and severe thunderstorms.

Here's a closer look at the forecast in the four states holding primaries on Tuesday. 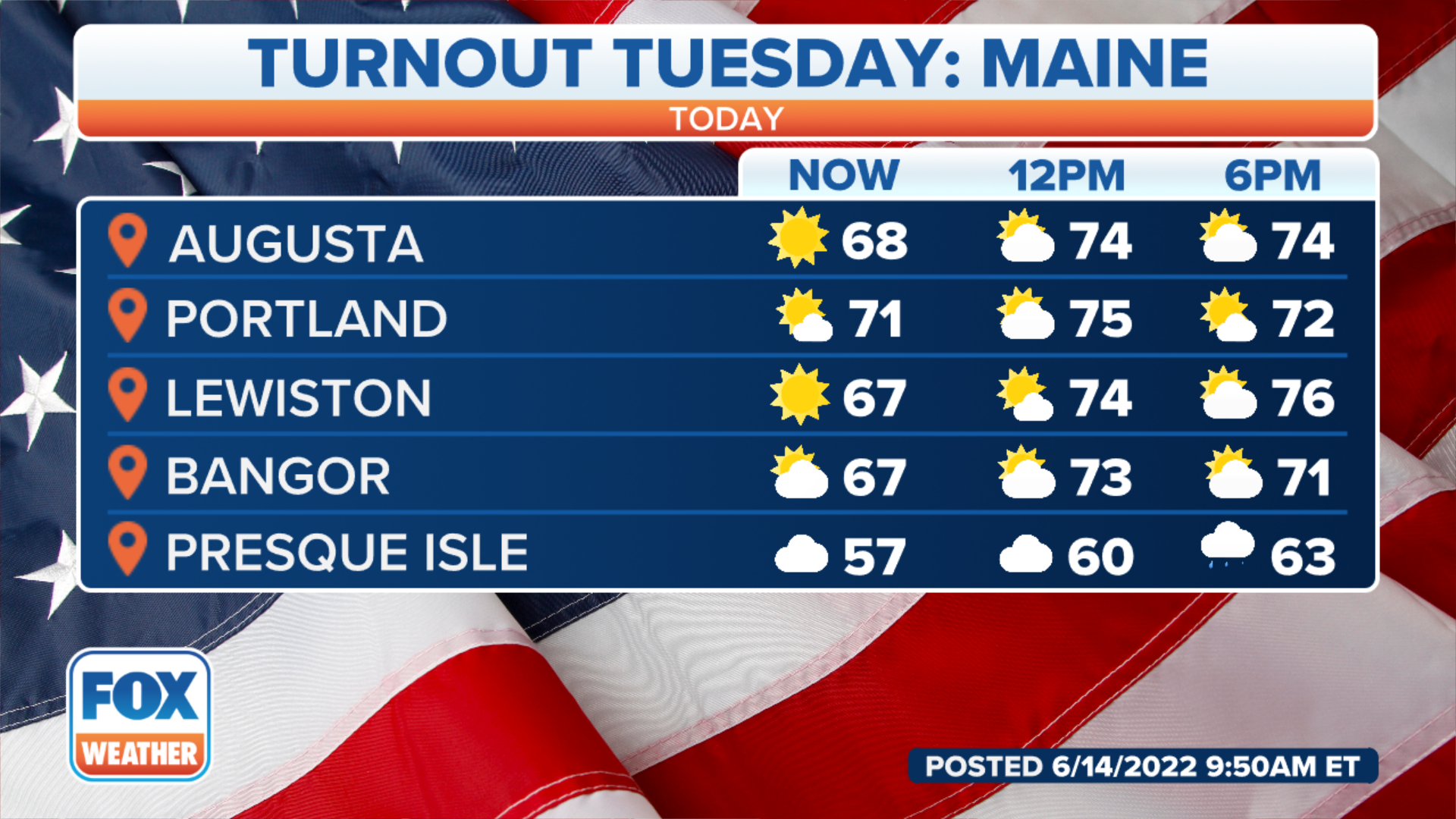 The primary forecast in Maine on Tuesday, June 14.
(FOX Weather)

Temperatures across Maine on Tuesday will be seasonable, with highs in the 70s across most areas, except for Presque Isle, where it will remain cloudy with a chance of showers during the day.

NEW ENGLAND HAS SEEN ITS FAIR SHARE OF HURRICANES: HERE ARE THE WORST

The state capital of Augusta will be around 74 degrees by lunchtime and will remain that way for the rest of the day.

Most locations will see mostly cloudy conditions, but rain is possible in Presque Isle by about 6 p.m. 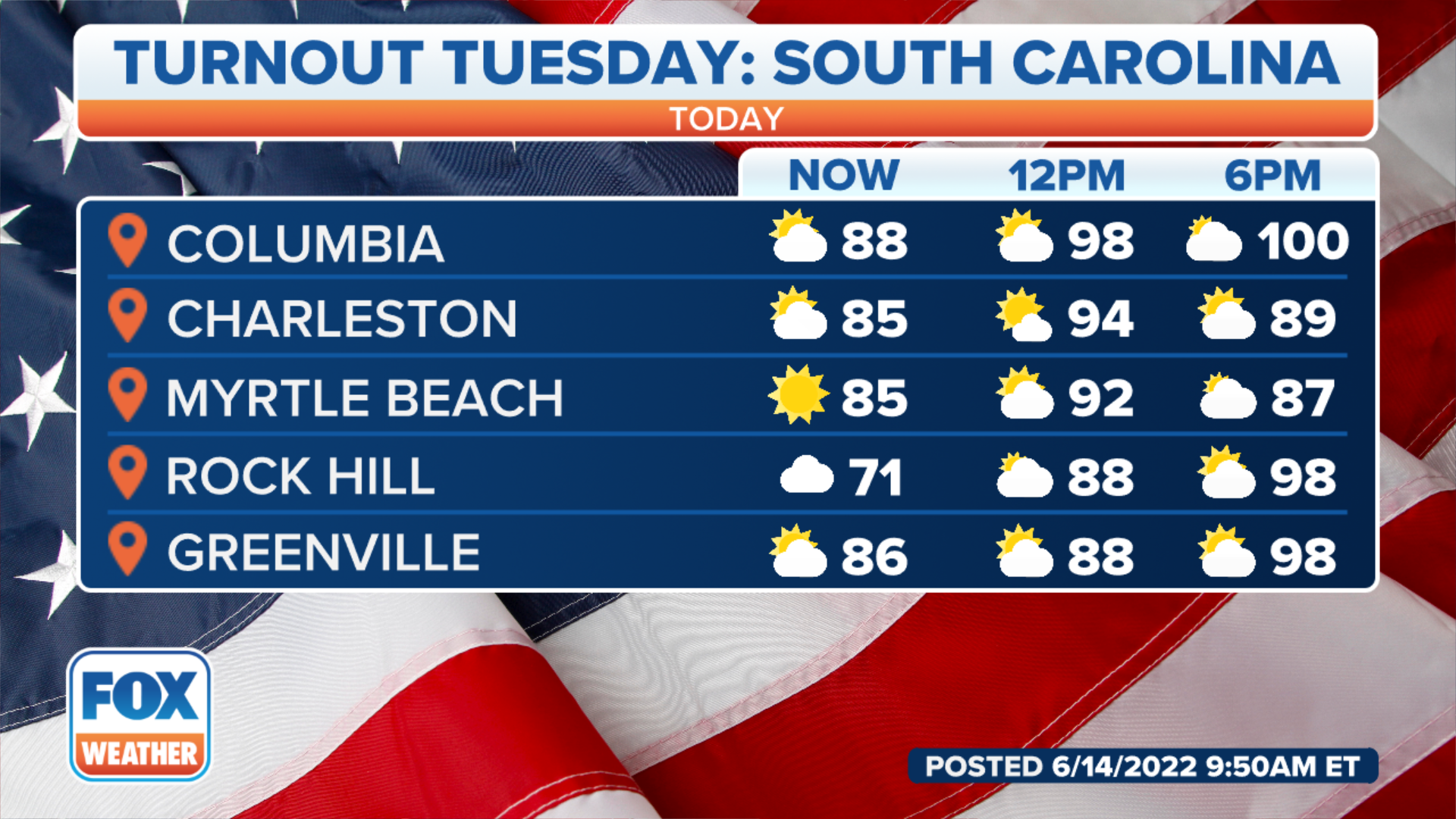 Temperatures across South Carolina will reach well into the 90s by lunchtime, with some areas getting close to or above 100 degrees.

The state capital of Columbia will be near 98 degrees by lunchtime and should hit 100 degrees later in the afternoon.

Heat alerts are in effect from the Midwest to the Southeast and mid-Atlantic because of the life-threatening heat. 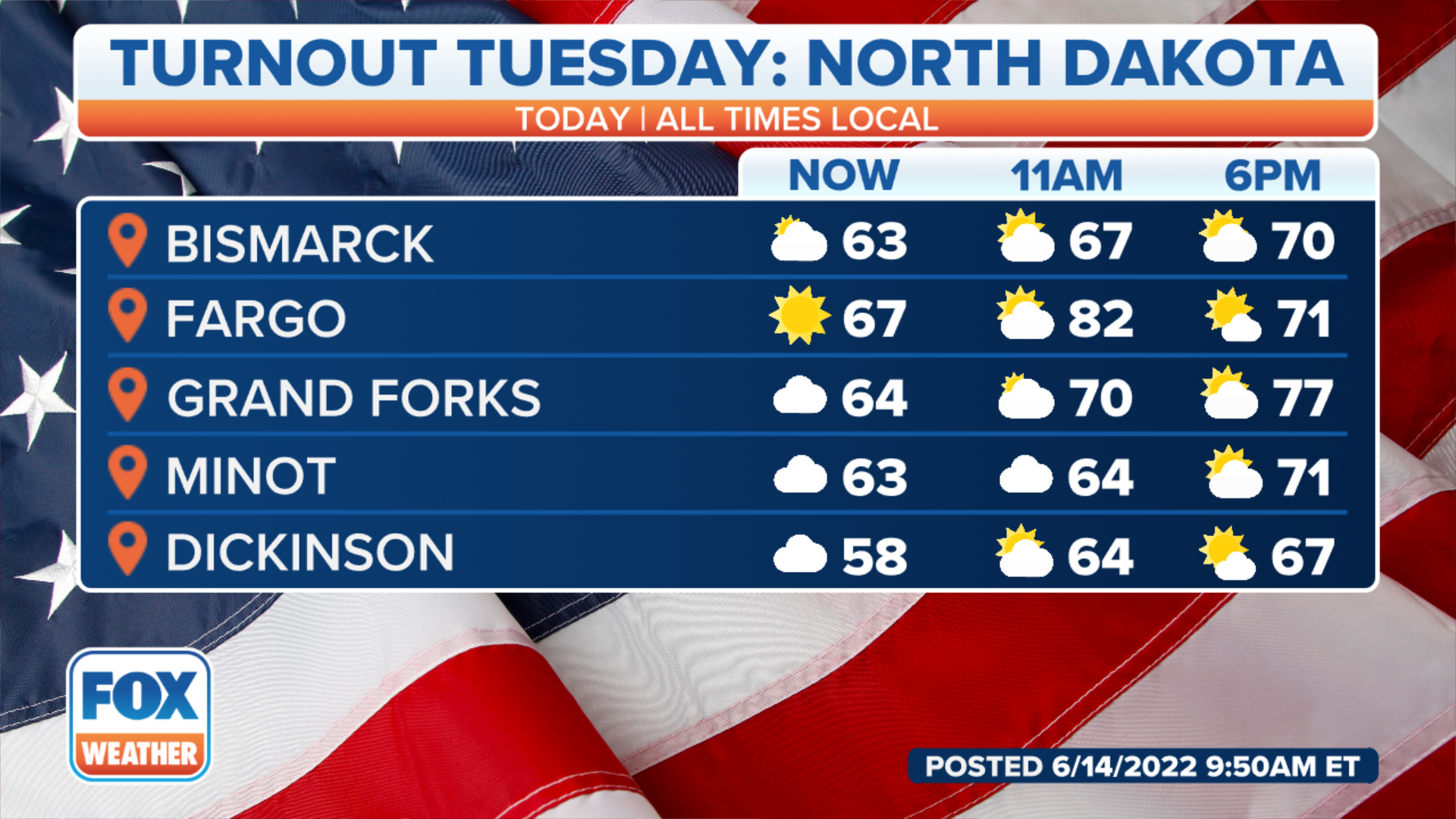 Heading into the Plains next, North Dakota will see a range of temperatures during the day on Tuesday.

The state capital of Bismarck started off the day in the low 60s but will reach about 70 degrees as we get into Tuesday afternoon.

HISTORIC BLIZZARD OF 1966 BROUGHT 40-FOOT SNOWDRIFTS TO THE DAKOTAS

In Fargo, temperatures have been in the 60s to start the day with plenty of sunshine and will reach around 82 degrees by lunchtime, but those temperatures will fall back into the 70s by later on in the afternoon. 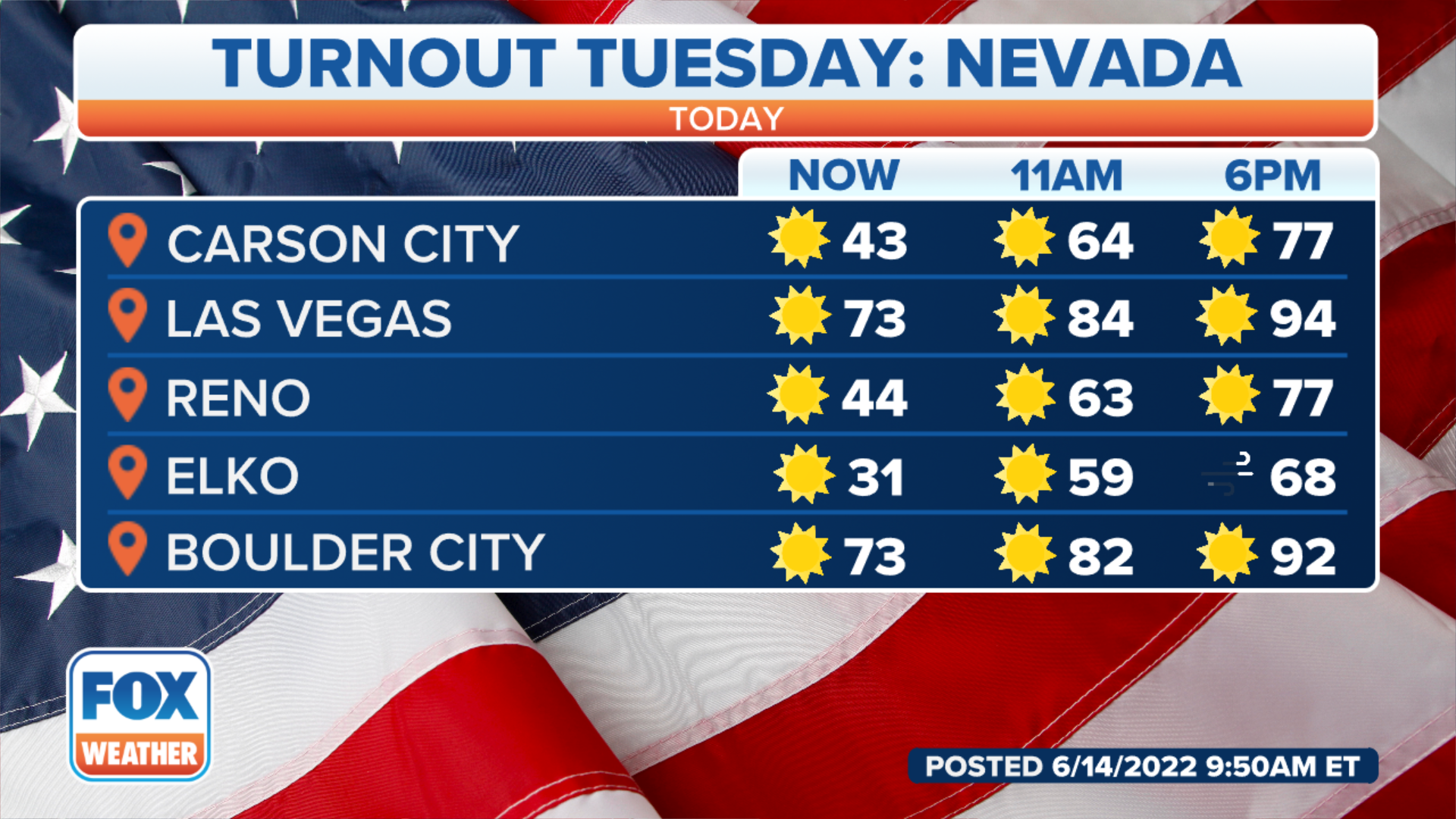 The primary forecast in Nevada on Tuesday, June 14.
(FOX Weather)

Finally, as we head to Nevada, there will be plenty of sunshine with temperatures ranging from the 70s to 90s.

The state capital of Carson City started off with cold temperatures in the 40s but is expected to jump to the mid-60s by lunchtime and into the upper 70s by around 6 p.m.

Las Vegas, which has seen extremely hot temperatures over the past several weeks, started off the day in the 70s and will be about 84 degrees by lunchtime and into the mid-90s by 6 p.m.