A Severe Thunderstorm Watch was issued for parts of the Northeast as severe storms are expected later Friday evening.

Severe thunderstorms could rumble across the Northeast on Friday as a cold front slides through the region, with cities such as Boston, Burlington in Vermont and Albany in New York seeing the highest threat of damaging storms.

Warm, humid air will be in place ahead of the front, providing the instability needed for storms to develop with the heating of the day.

Severe Thunderstorm Watches have been issued for parts of the Northeast through this evening. 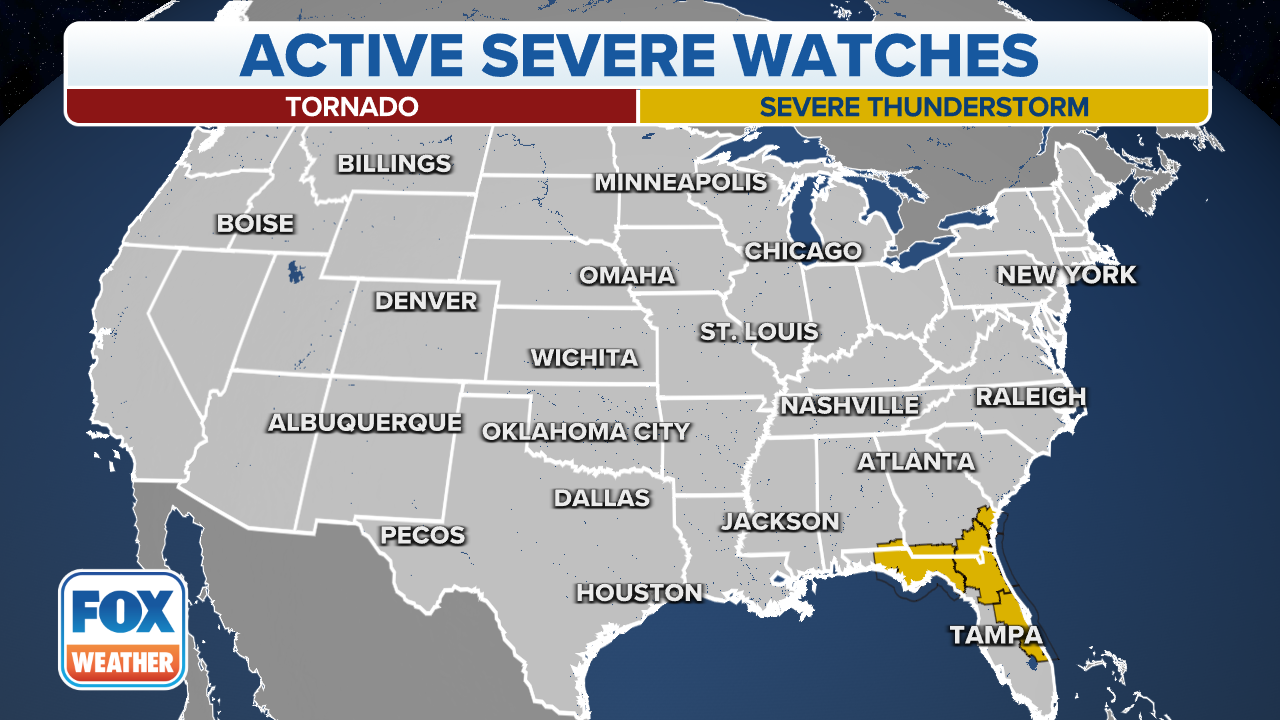 According to the FOX Forecast Center, scattered severe thunderstorms are expected to fire up in one or more clusters along and ahead of the cold front from parts of upstate New York eastward into New England.

The timing of any severe weather will be during the afternoon and early evening, particularly in New England and eastern portions of upstate New York. 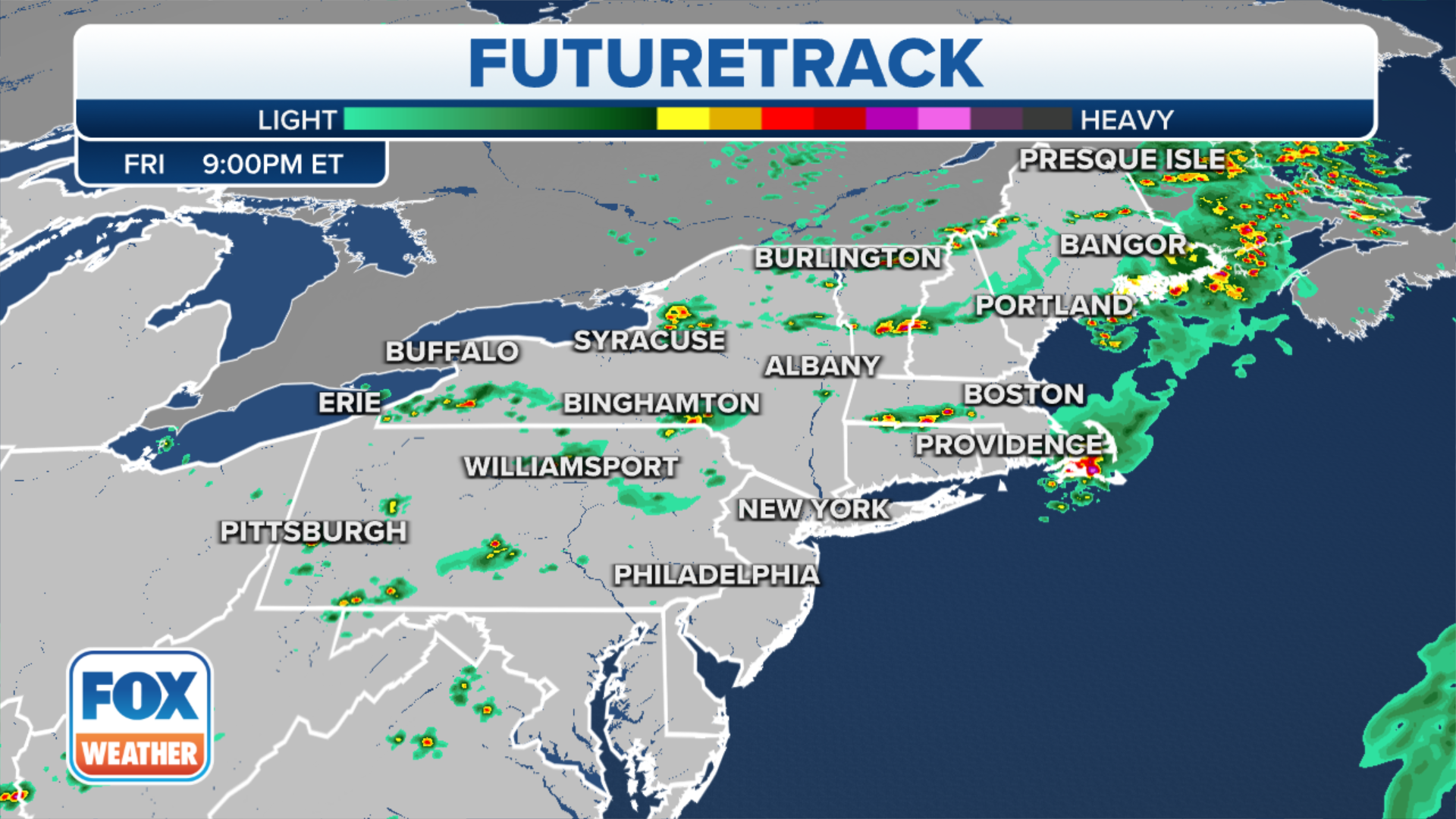 Damaging wind gusts are the main threat from the strongest storms, but large hail and an isolated tornado or two are also possible, particularly in the red-shaded area on the map below.

"That includes Concord (New Hampshire), as well as those of you in Worcester (Massachusetts), Boston, Hartford, Connecticut, even extending into Albany, New York," FOX Weather meteorologist Jason Frazer said. 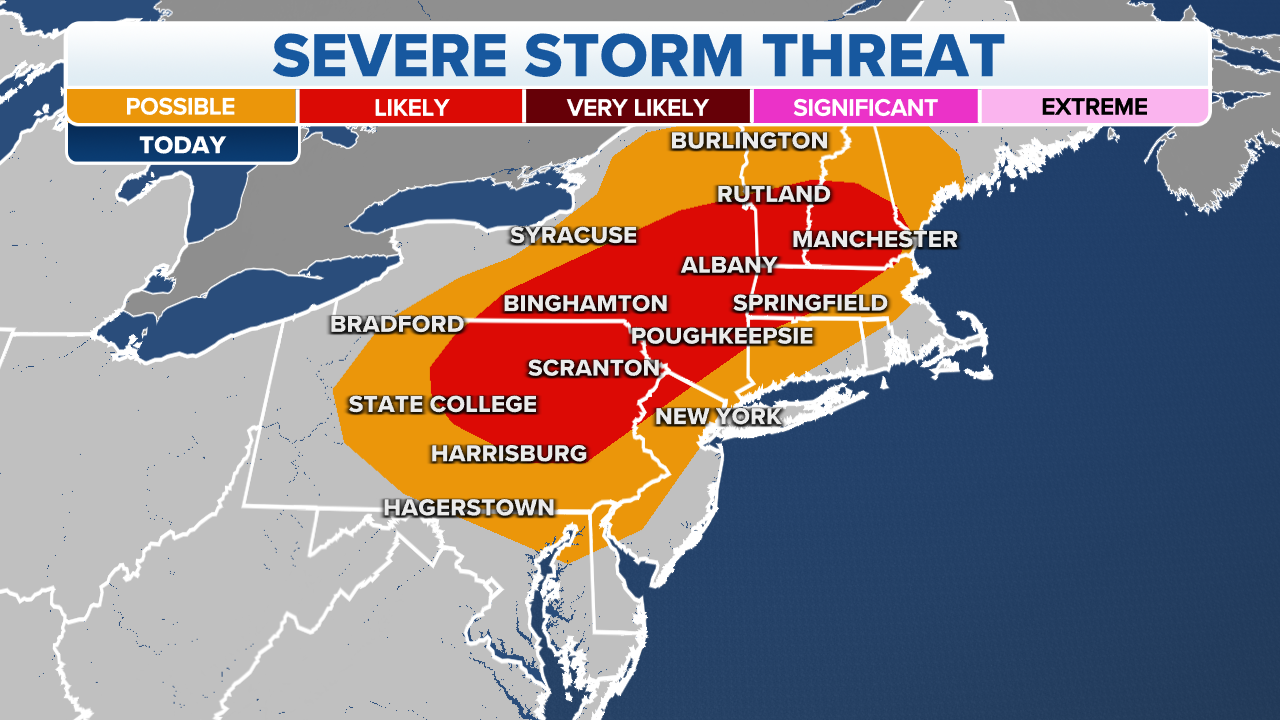 A FOX Weather viewer shared a video of ferocious wind and blinding rain as a storm swept through the town of Leicester in Massachusetts. Similar scenes are expected to unfold as the line of storms marches east toward the coast.

Severe thunderstorm with whipping winds moves through Leicester, Massachusetts on Friday. Damaging winds are the primary threat with storms moving through the Northeast. (Video: @paulzville/Twitter)

"Behind (the storms), we've got high pressure in control and the good news with that is, it's going to be refreshing later on this weekend," Frazer said.

FALL PREDICTED TO BE WARMER, DRIER THAN AVERAGE ACROSS MAJORITY OF U.S.

This means sunshine will return for much of the region on Saturday as the cold front and its associated thunderstorms move off the East Coast.