Flash flooding likely for southern Illinois and western Kentucky. Parts of the Midwest could be picking up potentially 1-2 inches of rain in the coming days.

While Tuesday should be mainly dry for the flood-ravaged areas of eastern Kentucky, other parts of the Midwest and Ohio Valley now face the threat of thunderstorms and flooding rain.

Strong to severe storms could rumble across western and central Kentucky, southern Illinois, southern Indiana and northern Tennessee on Tuesday. Damaging wind gusts and heavy downpours are the main concerns in the region.

But although eastern Kentucky should be spared, there's still a significant risk of flash flooding in any areas that get hit by Tuesday's storms. 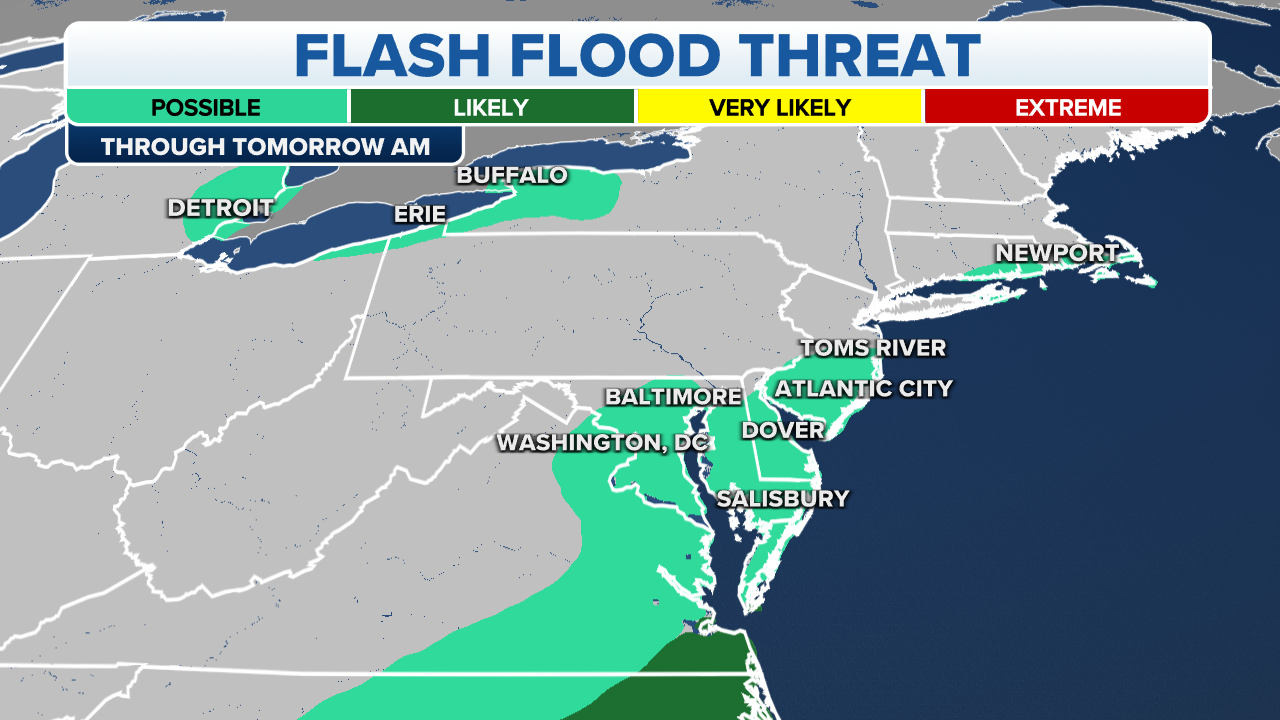 The highest flash flood threat will be over parts of southeastern Illinois, southwestern Indiana and western Kentucky, where the ground is already saturated after slow-moving thunderstorms dropped several inches of rain Monday night.

The next round of severe weather is expected on Tuesday in Minnesota and northern Wisconsin due to an area of low pressure as it glides just north of the Canadian border.

Meanwhile, a separate weather system could also trigger the development of severe thunderstorms across the Upper Midwest on Tuesday.

The main threat of severe weather will extend from northern Minnesota into northern Wisconsin and the western Upper Peninsula of Michigan.

"We could see the potential of scattered thunderstorms bringing damaging winds and even some hail potential," said FOX Weather meteorologist Jane Minar.

There is some uncertainty about how much activity will develop during the day, but storms are expected to turn a bit more widespread Tuesday evening as a cold front tracks southeastward across the region. That might include a few supercells, which would be capable of producing large hail and strong wind gusts in localized areas.

"All of that heat building in throughout the day is going to make the atmosphere quite unstable," Minar said.

Be sure to download the FOX Weather app to track any showers and storms in your area and receive potentially life-saving weather alerts issued by the National Weather Service. The free FOX Weather livestream is also available 24/7 on the website and app and on your favorite streaming platform. The FOX Weather Update podcast also provides weather information for the entire country.