Winter doesn't want to loosen its grip in the northern Rockies and Northern Plains, where snow is blanketing the higher elevations on the cold side of a storm system bringing severe thunderstorms and flooding rain to the Plains, Midwest and South.

A potent upper-level disturbance tracking across the Intermountain West has led to the development of widespread snowfall in the northern Rockies on Friday.

MULTIPLE ROUNDS OF SEVERE STORMS TO RUMBLE ACROSS PLAINS, MIDWEST AND SOUTH INTO FIRST WEEK OF MAY 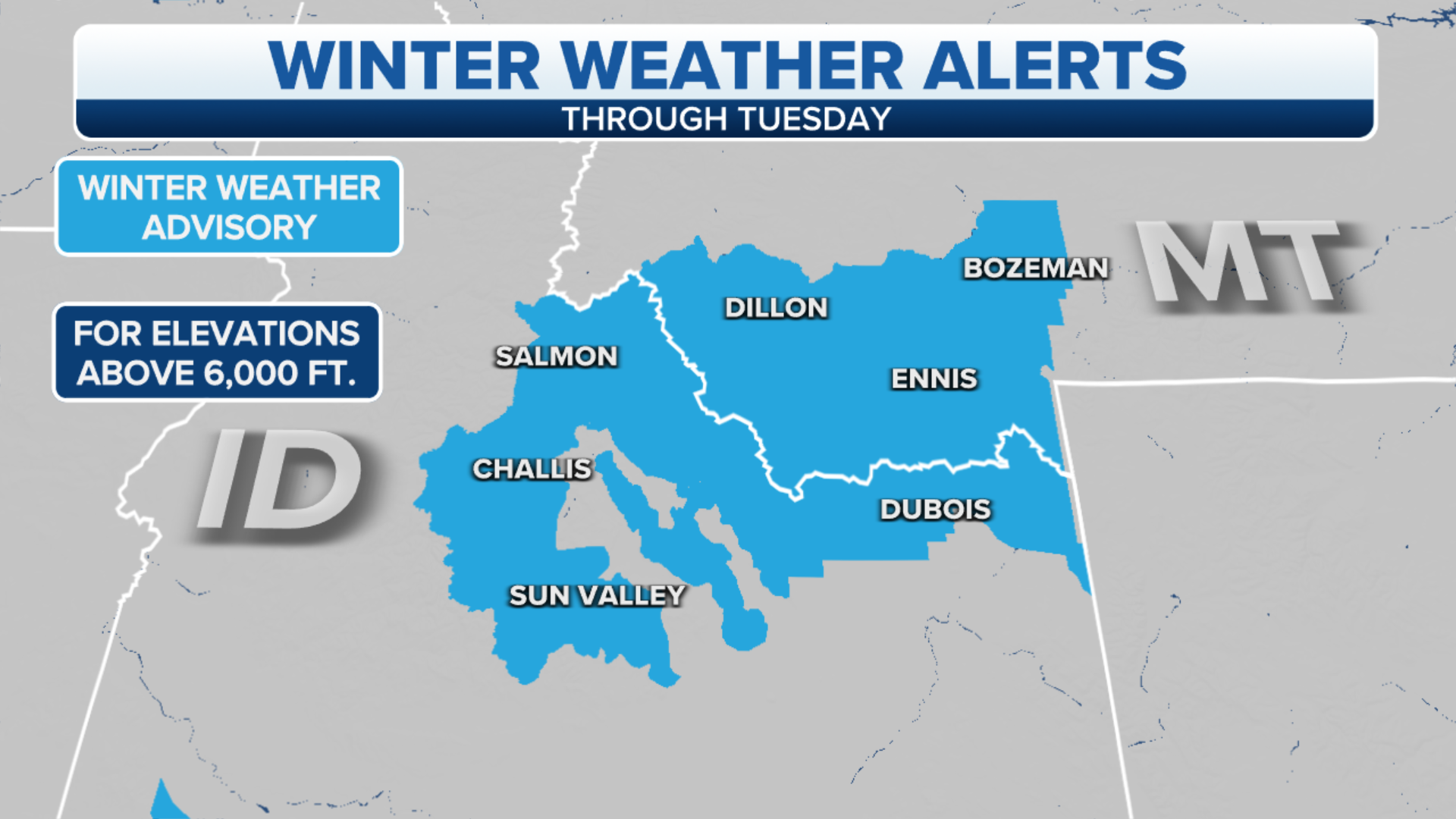 Winter weather alerts are in effect in the northern Rockies.
(FOX Weather)

Heavy snow is forecast across these areas covered by winter weather alerts. Travel could be impacted Friday morning when the snow is most likely to stick to roads in the higher terrain, though the strong late-April sun warming the ground should help minimize the impacts on roads by Friday afternoon.

More than 6 inches of snow is expected to pile up in locations above 5,000 feet in elevation. Valley areas in this region will only see a few inches of snow. 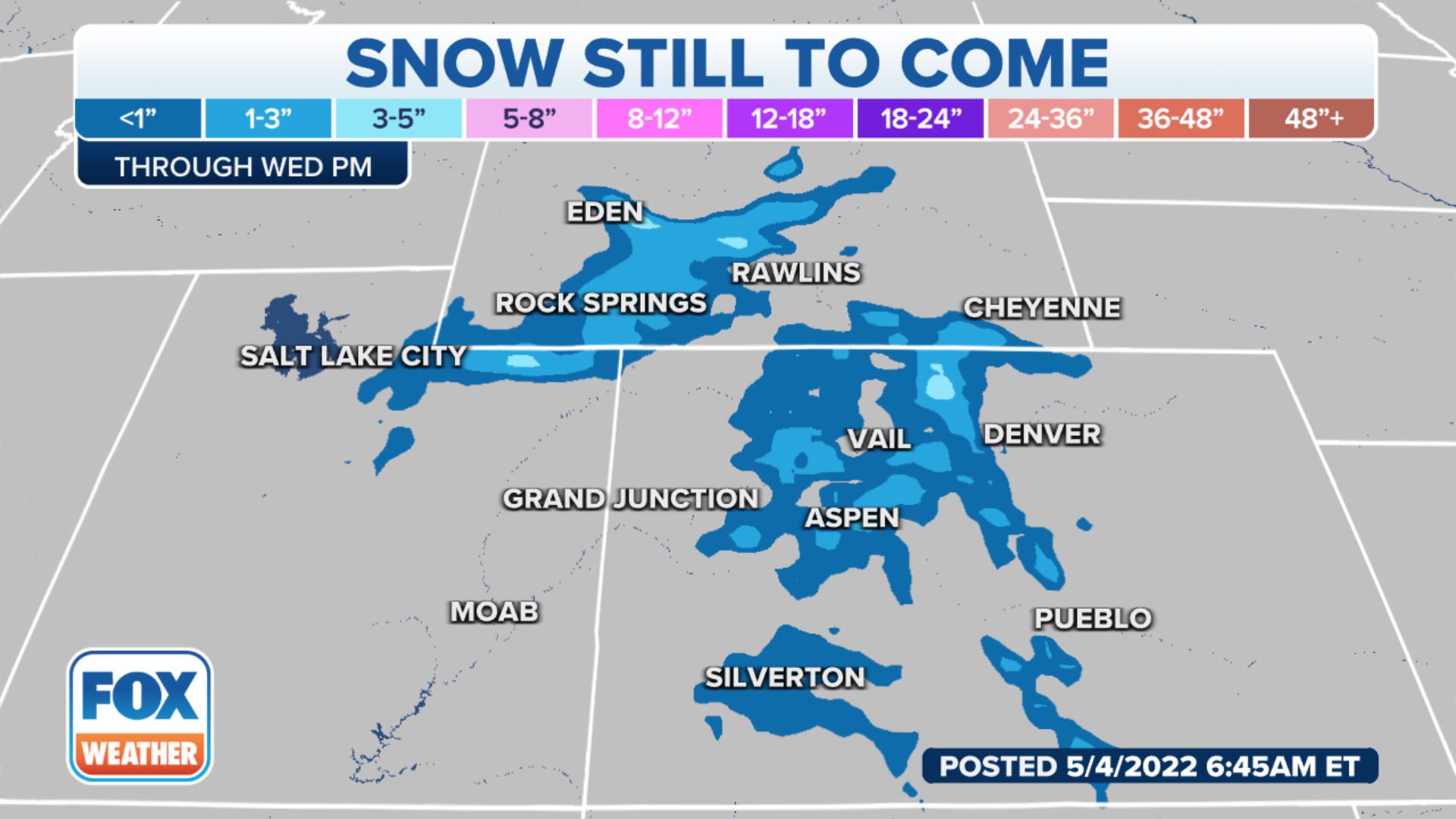 As a low-pressure system strengthens and moves eastward into the Northern Plains on Saturday, additional snowfall will break out in the cold air over parts of central North Dakota, north-central South Dakota and the Black Hills of western South Dakota.

At least a couple of inches of snow is possible in those areas through Saturday night before any lingering precipitation changes over to rain and tapers off on Sunday.

However, unlike the last two storms to affect the region, only limited impacts are expected in the northern Rockies and Northern Plains because the snow will be mostly confined to the higher elevations.