Temperatures continue to remain dangerously high over much of the mid-South where Excessive Heat Warnings and Heat Advisories are currently in effect.

The oppressive heat wave that has gripped most of the central and southern parts of the country will continue Thursday, with more than 65 million people at risk of heat-related illnesses as temperatures rise into the 90s and 100s. 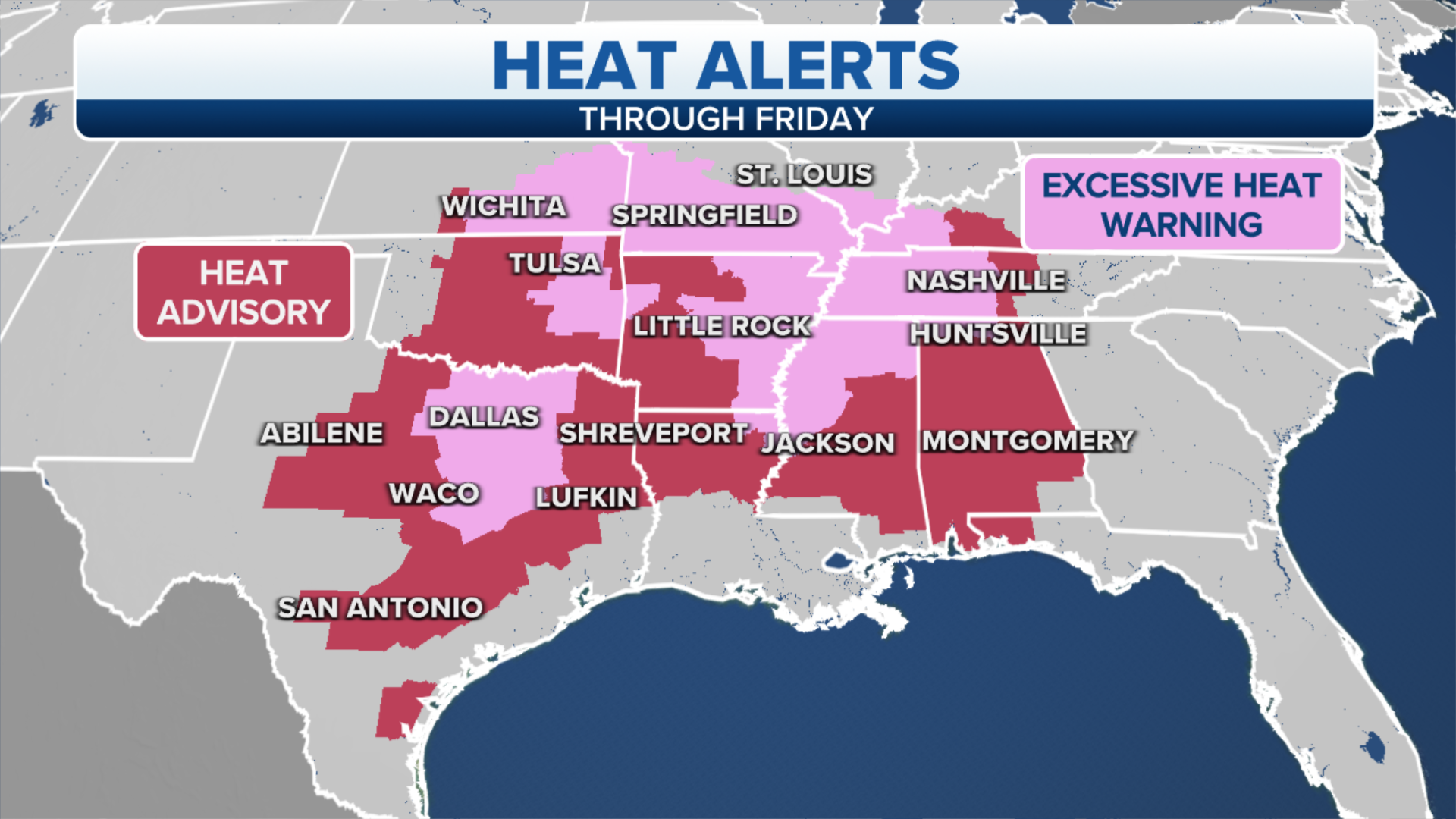 Widespread heat alerts are posted across the central and southern U.S.
(FOX Weather)

Excessive Heat Warnings and Heat Advisories have been issued by the National Weather Service all week, and they’ve now expanded to include parts of the southern mid-Atlantic.

High temperatures are forecast to be in the lower 100s for most of the central and southern Plains and eastward into the mid-South and Tennessee Valley.

Temperatures in the mid- to upper 90s are also expected elsewhere, from the Ohio Valley to the mid-Atlantic and Southeast.

The already-excessively hot temperatures will only be made worse by oppressive humidity levels across the region.

The Excessive Heat Warnings are in place from Kansas City, Missouri, east to St. Louis and Louisville, Kentucky, and south through Memphis, Tennessee, as the feels-like temperature reaches between 110 and 115 degrees.

In addition, the NWS says widespread Heat Advisories are in effect for the region through Friday for a feels-like temperature between 105 and 110 degrees. 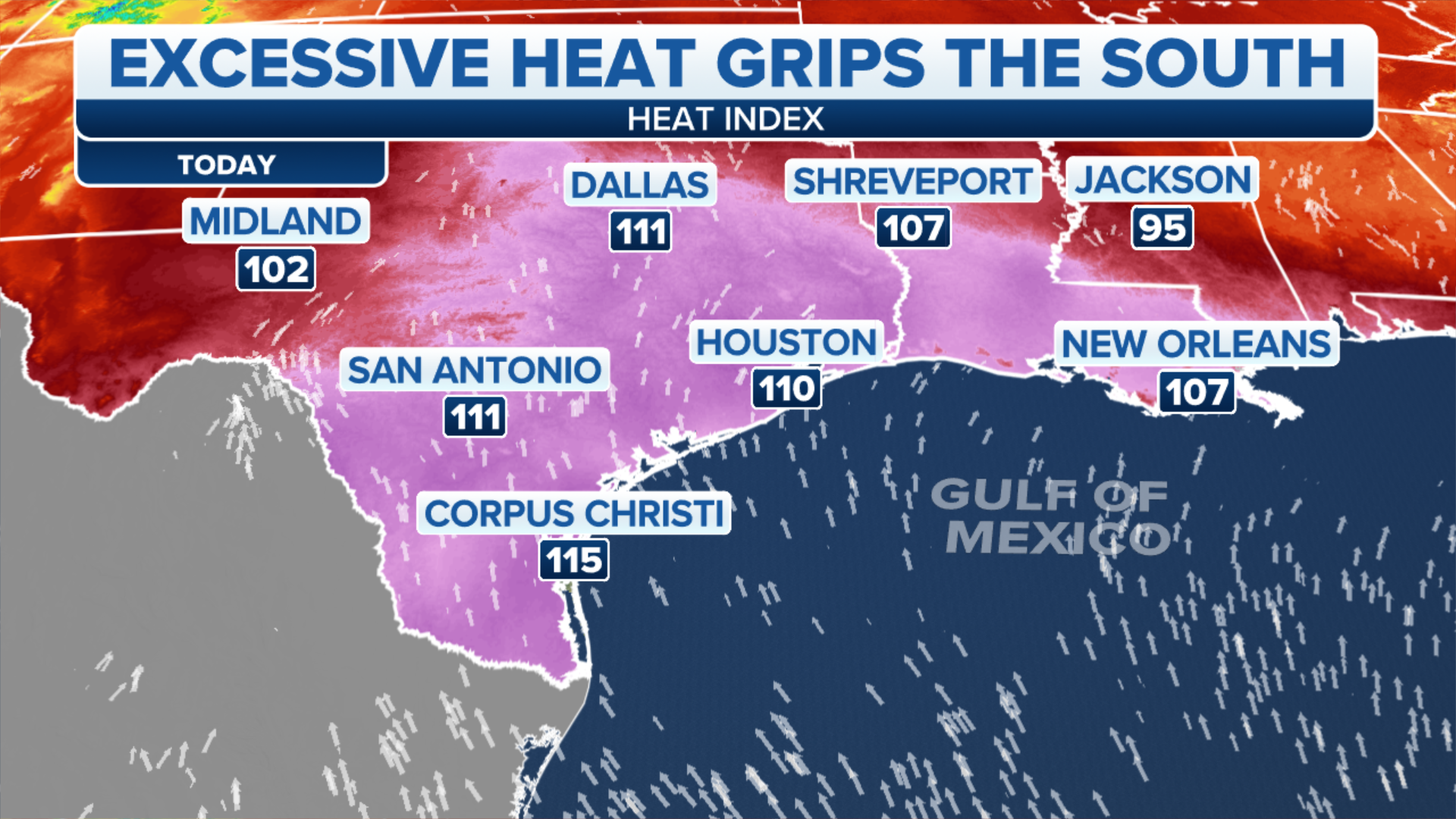 The heat index will make it feel like it's between 110 and 115 degrees in many areas.
(FOX Weather)

To make matters worse, it will remain very warm overnight, providing little relief from the oppressive heat during the day.

In fact, some areas could tie or break record-warm low temperatures into Friday.

WHEN IS THE WARMEST TIME OF YEAR? 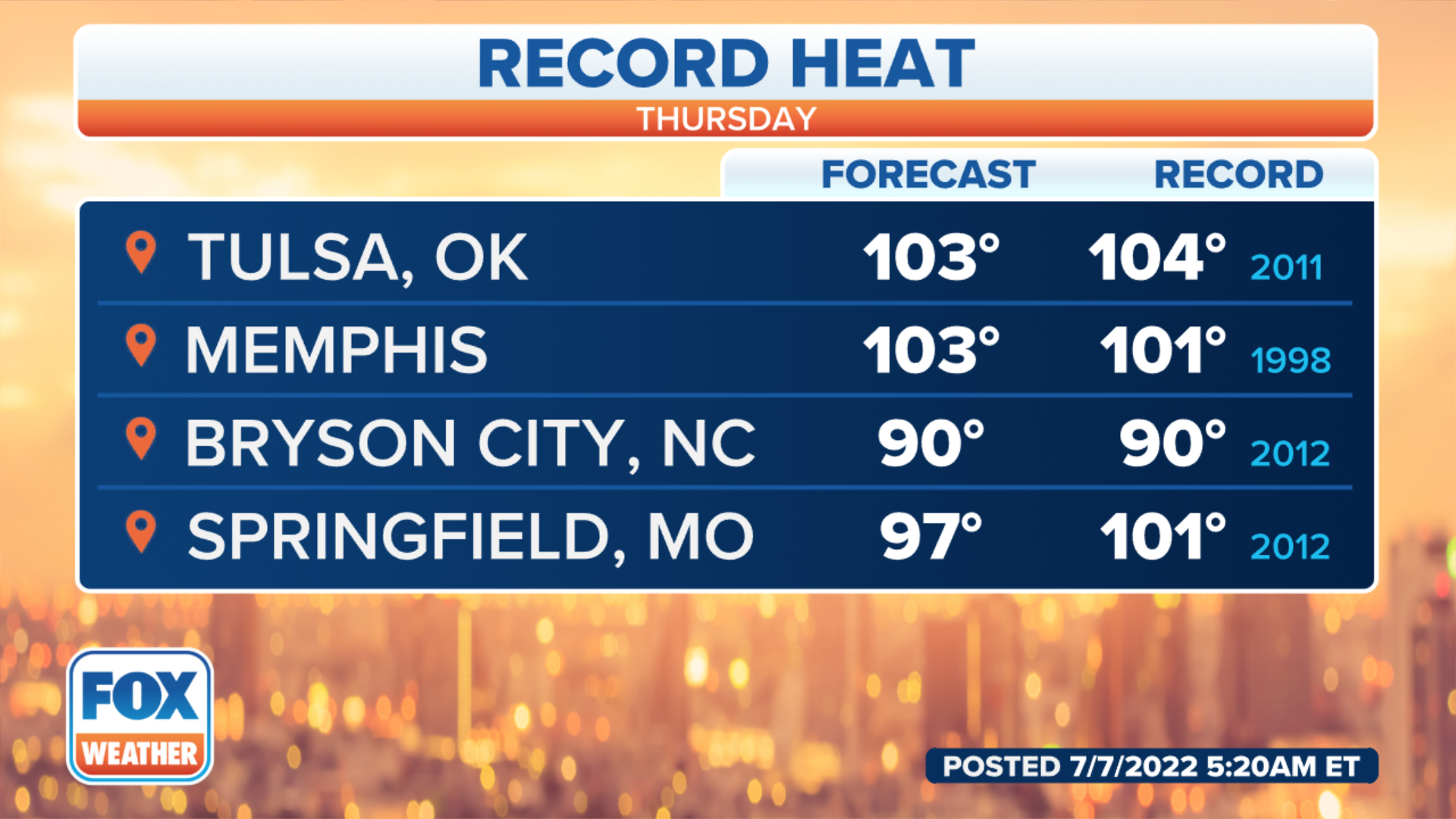 Record-high temperatures are also in jeopardy of being tied or broken on Thursday.

Tulsa, Oklahoma, will get very close to its record of 104 degrees set back in 2011. In addition, Memphis will likely break its old record of 101 degrees as the city is expected to reach about 103 degrees during the afternoon.

The latest 6- to 10-day outlook from NOAA's Climate Prediction Center shows the highest likelihood of above-average temperatures could shift toward the western U.S. next week, providing some relief for the sweltering central and southeastern states. 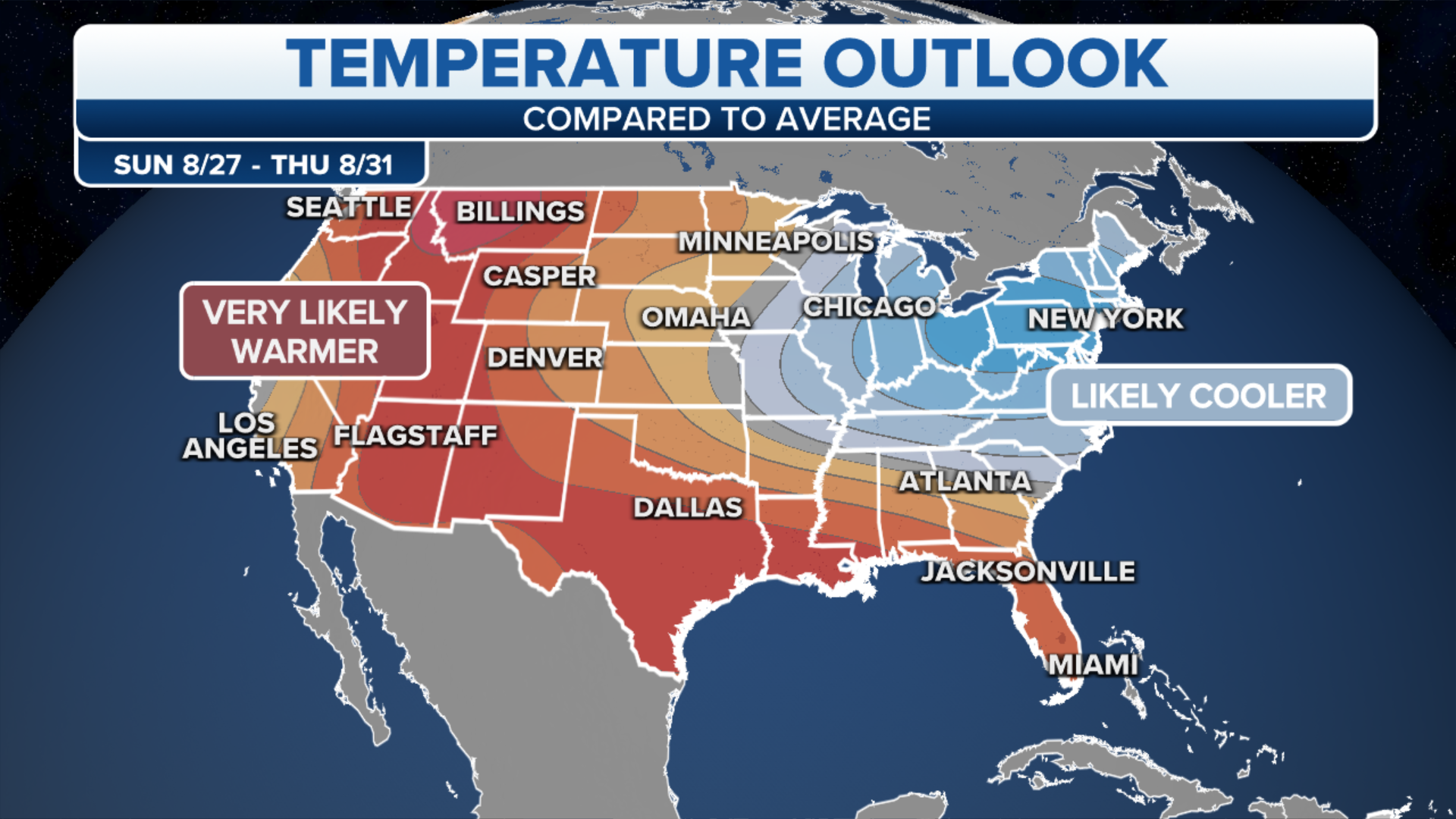