Its odds of development are low (30%) because it’s plowing into a large area of very dry air including some Saharan dust.

The FOX Forecast Center is monitoring a couple of areas of disturbed weather in the tropical Atlantic and Pacific oceans for possible development in the week ahead.

In the Atlantic, a large tropical disturbance moved off the western coast of Africa over the weekend and is producing disorganized showers and thunderstorms a few hundred miles west of the Cabo Verde Islands.

This disturbance has been dubbed Invest 90L by the National Hurricane Center. An invest is simply a naming convention used by the NHC to identify an area of weather that it is investigating for possible development into a tropical depression or tropical storm within the next five days.

Environmental conditions could support some slow development of this system as it moves west to west-northwestward at about 10 to 15 mph across the tropical Atlantic over the next several days.

As of Monday afternoon, the NHC said the tropical disturbance had a low chance of development through Friday, but since the system is moving so slowly, it will likely continue to be monitored into this weekend and even next week.

"If it hangs together, we’ll be watching it for a week or more," said FOX Weather Hurricane Specialist Bryan Norcross. "Since the track downstream is somewhat dependent on whether it can organize, there is no reason to speculate where it might go in the long term."

The next system in the Atlantic to become a tropical storm with winds of at least 40 mph will earn the name "Danielle." An area to watch in the tropical Atlantic for possible development over the next five days.
(FOX Weather)

Area to watch in Eastern Pacific

An area of disturbed weather in the Eastern Pacific will also be monitored for possible tropical development this week.

According to the FOX Forecast Center, showers and thunderstorms associated with an area of low pressure several hundred miles southwest of the Baja California Peninsula have decreased slightly since Sunday.

However, environmental conditions are expected to be generally favorable for additional development, and a tropical depression could form by midweek as the system moves west to west-northwestward away from the coast of Mexico.

As of Monday afternoon, the NHC said it had a medium chance of development in the next couple of days, but less favorable environmental conditions might limit further development by Wednesday or Thursday, so it will likely be a short-lived system if it does develop into a tropical depression. 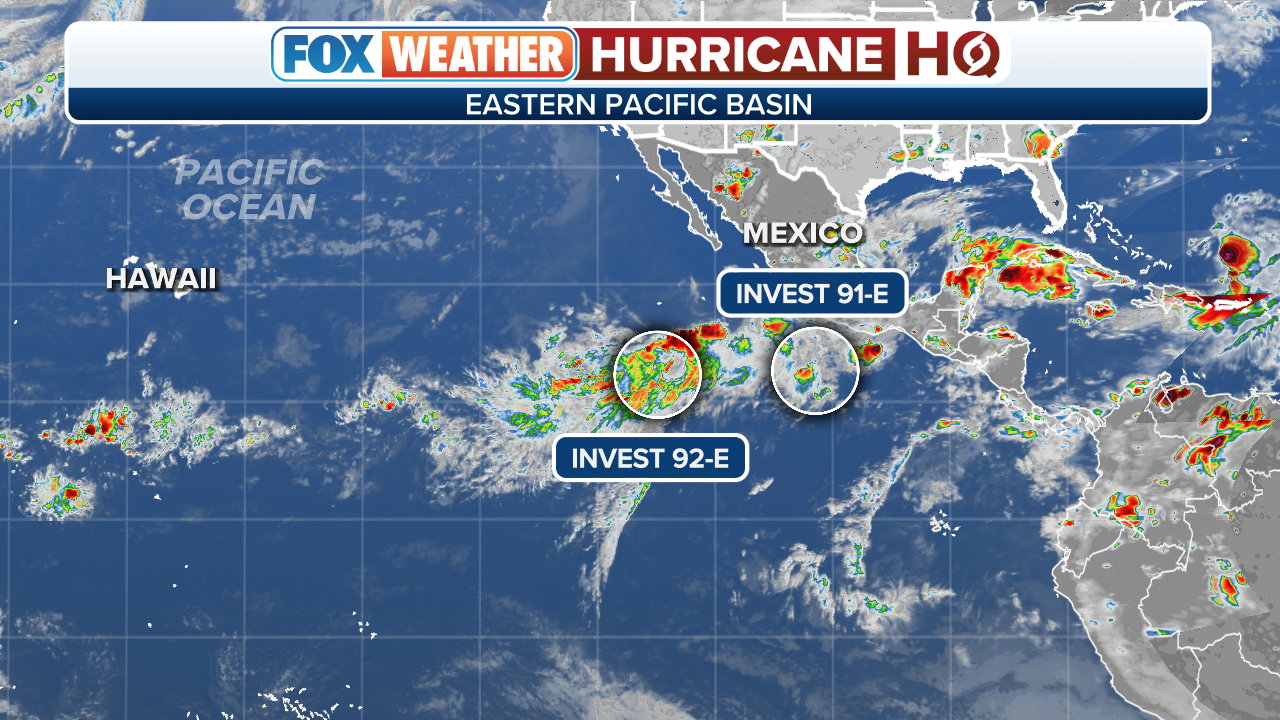 An area to watch in the tropical Atlantic for possible development over the next five days.
(FOX Weather)
Tags
Download the FOX Weather App
Available on iOS & Android
Loading.