Ways to take community and individual action this Earth Day

Alan Raymond, Business Partnerships Manager at EARTHDAY.org, talks about how people can take community and individual action for Earth Day this year.

Today is the 52nd anniversary of the first Earth Day in 1970, and rain or snow could put a damper on some outdoor festivities that may be planned across the U.S.

Here's a look at the forecast for cities that are in one of America's greenest states. 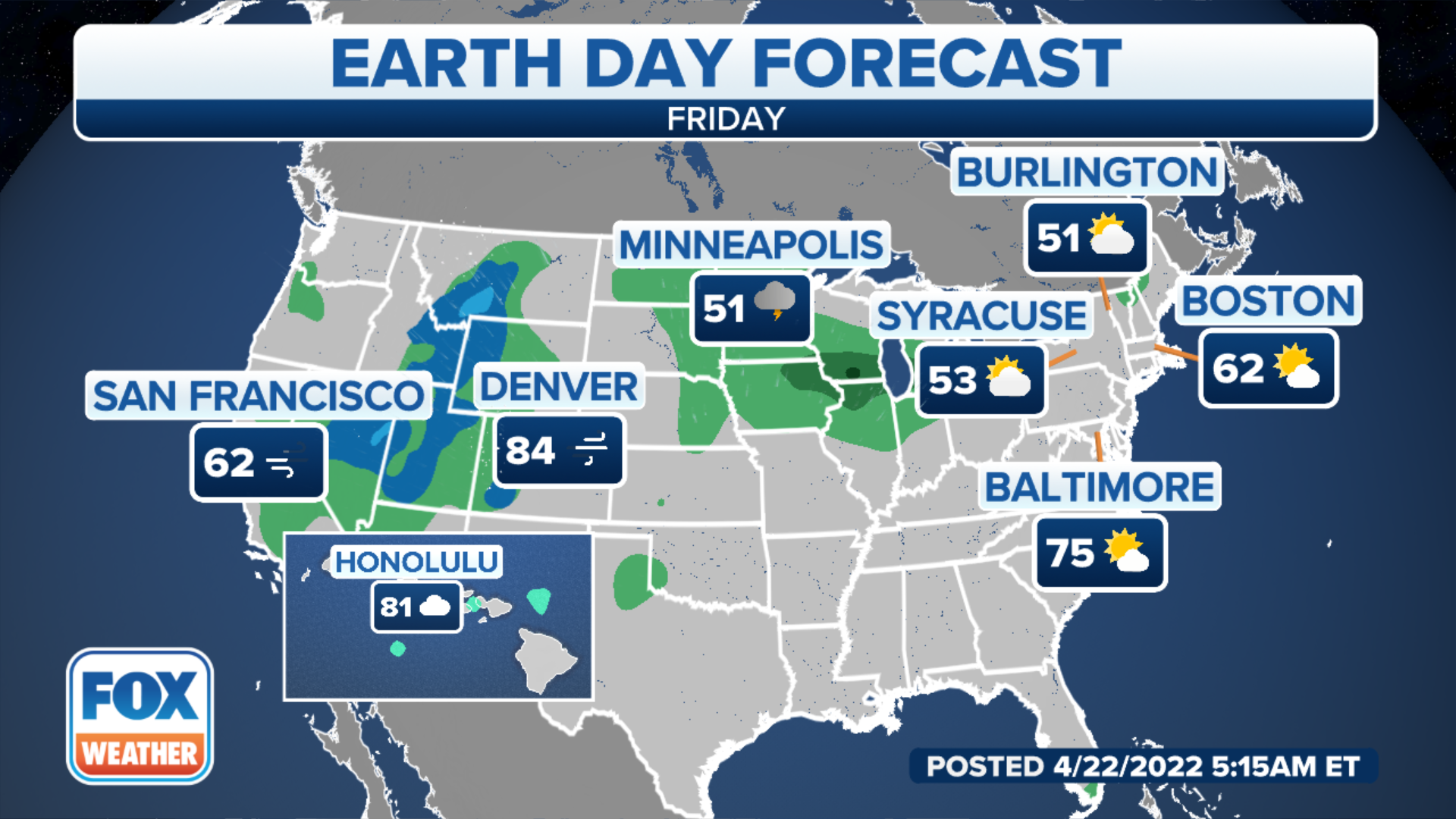 Today will turn mostly sunny after a cloudy start, but temperatures will remain on the cool side. Highs will only reach the lower 50s this afternoon, which is several degrees below average for late April.

Earth Day will also be mostly sunny and cool in central New York, though it will be warm enough to melt any of the remaining piles of snow from the nor'easter earlier this week. Highs are expected to be in the lower to mid-50s, which is more than 5 degrees below average.

After a few morning showers, residents or visitors of Honolulu can expect a dry afternoon. Temperatures will warm up into the lower 80s.

Baltimore will have a gorgeous Earth Day with plenty of sunshine and highs in the mid-70s.

TEMPERATURES IN U.S. HAVE WARMED MORE THAN 2 DEGREES SINCE THE FIRST EARTH DAY

Some rain or mountain snow showers will be scattered around the state of California. While the afternoon should be partly sunny, dry and breezy in San Francisco, a rain shower or two can't be ruled out this morning. Temperatures will be in the lower 60s.

Earth Day will be sunny and pleasant in Boston. Expect a high temperature in the lower 60s.

Today's weather will feature occasional showers and thunderstorms in the Twin Cities, along with a gusty breeze up to 30 mph. Highs will be in the lower 50s.

While rain and mountain snow showers could interrupt outdoor events in other parts of the Rockies, Earth Day will be mostly sunny and windy in the Mile High City. It'll be a very warm day too, with temperatures reaching the mid-80s.