Fire dangers are critical for several parts of southern, eastern US on Wednesday

The combination of extremely dry air, gusty winds, and dry fuels will promote rapid fire growth for any new or active wildfires.

Fire conditions will remain critical across parts of the Southern Plains and Ohio Valley on Wednesday as warm temperatures, strong winds and low relative humidity will allow for fires to grow rapidly if any were to ignite. 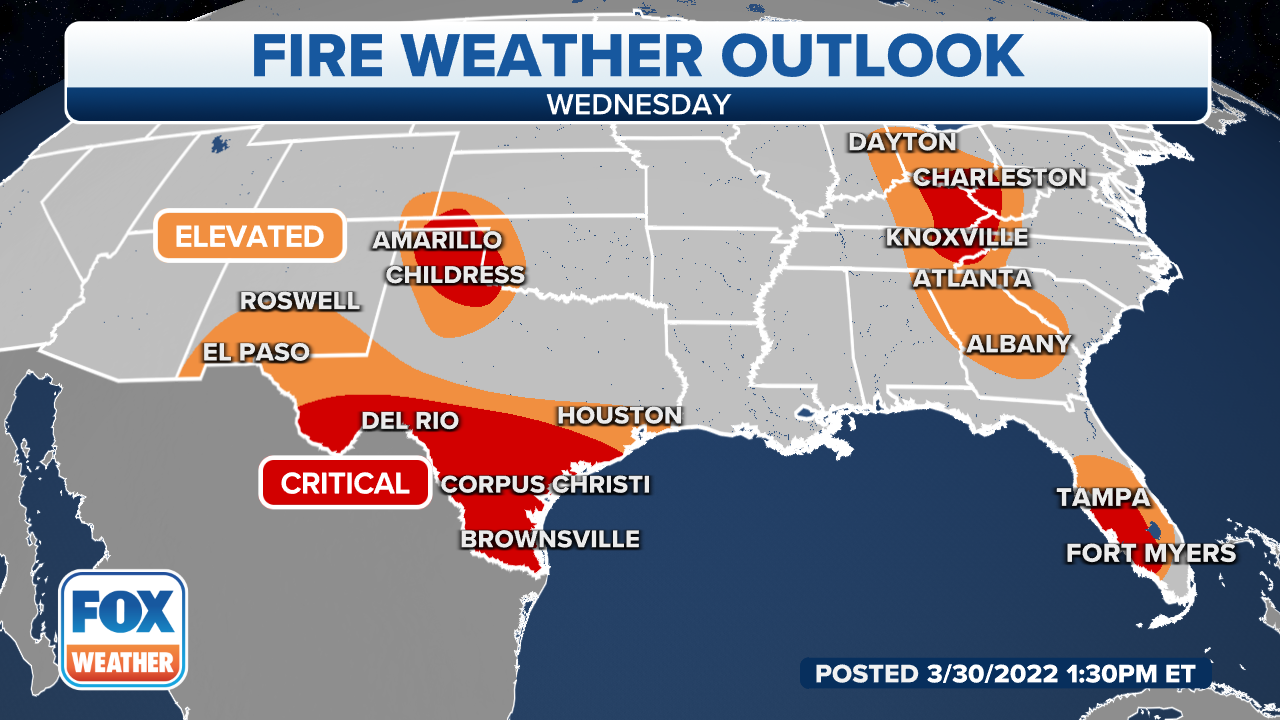 South Texas and the southern High Plains will see the same conditions that prompted NOAA’s Storm Prediction Center to issue an extremely critical risk of fires on Tuesday.

There's also a critical risk of wildfires across Florida, including the Tamps and Fort Myers area. 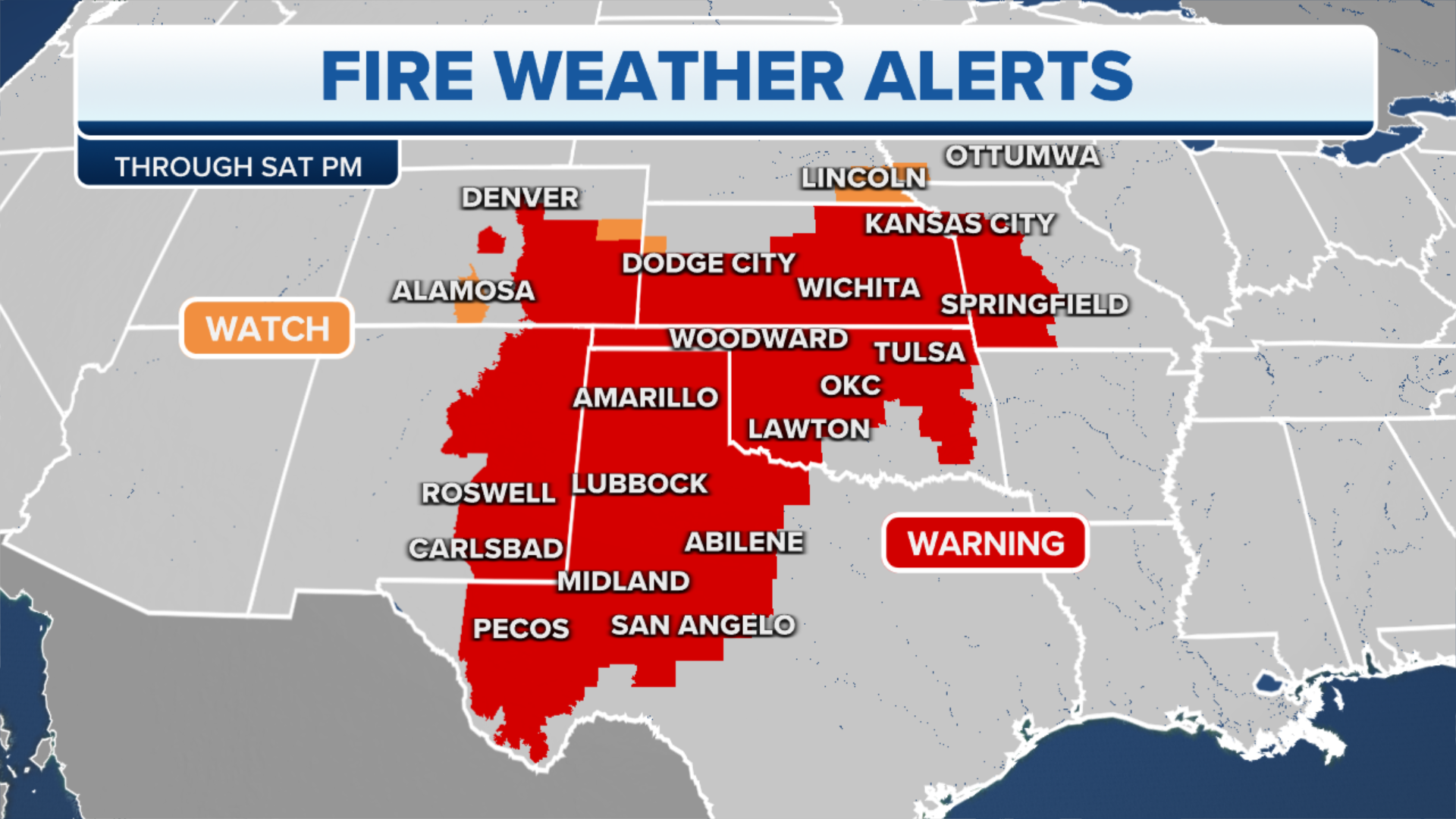 The SPC said a cold front will move from the Plains across the Lone Star State during the day, and when it does, winds will be sustained between 20 and 25 mph from southern New Mexico to South Texas.

Relative humidity will also be below 15%, making conditions very dry across the region.

Fire Weather Warnings have been issued across Central and South Texas and include major cities like Austin, San Antonio, Houston, Corpus Christi and Brownsville because of the conditions. 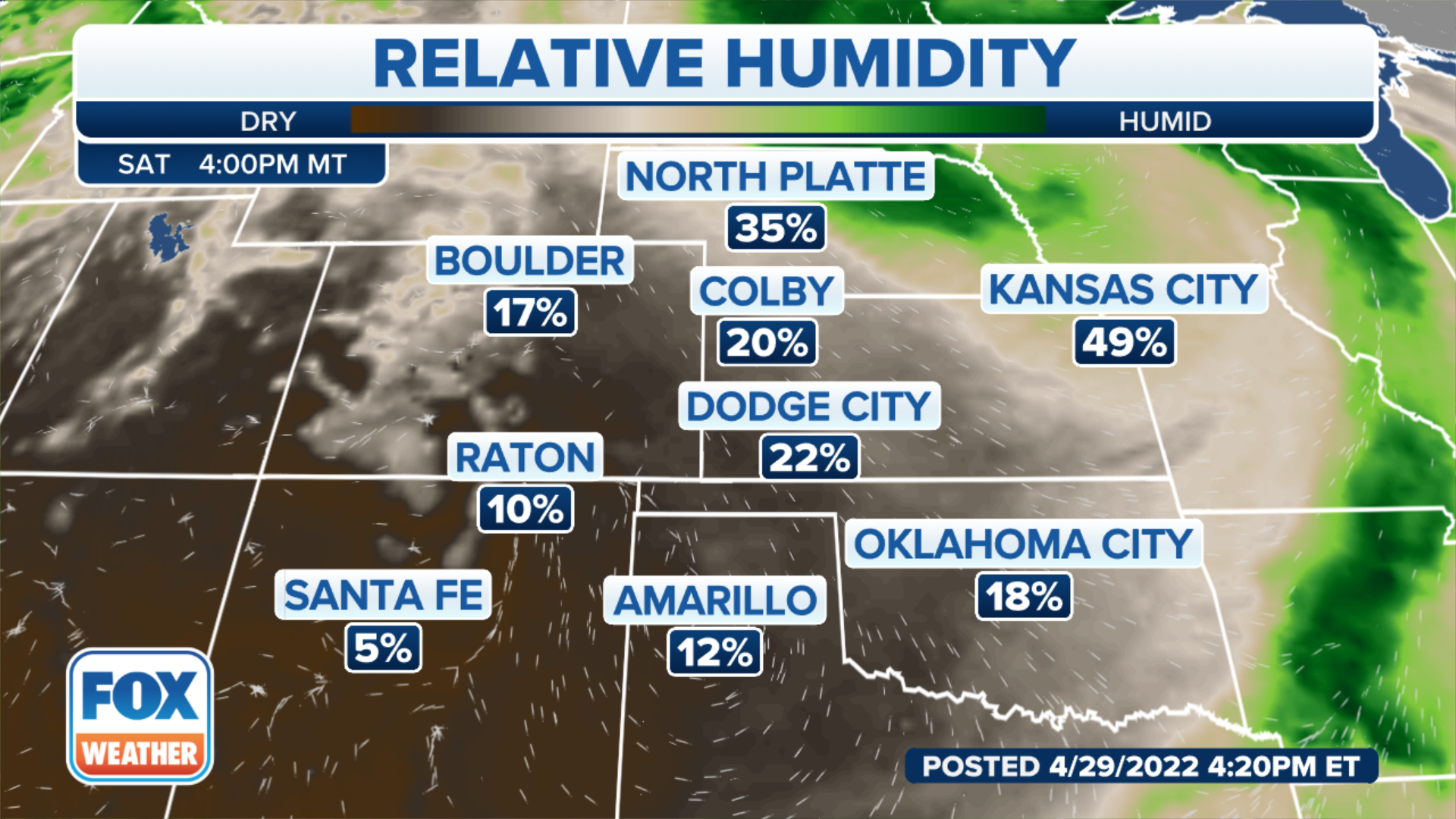 As the day continues, relative humidity levels in Texas will remain low, with areas from Lubbock to Abilene and San Antonio staying in the teens. Levels will also remain below 20% from Albuquerque, New Mexico, southward to El Paso, Texas. 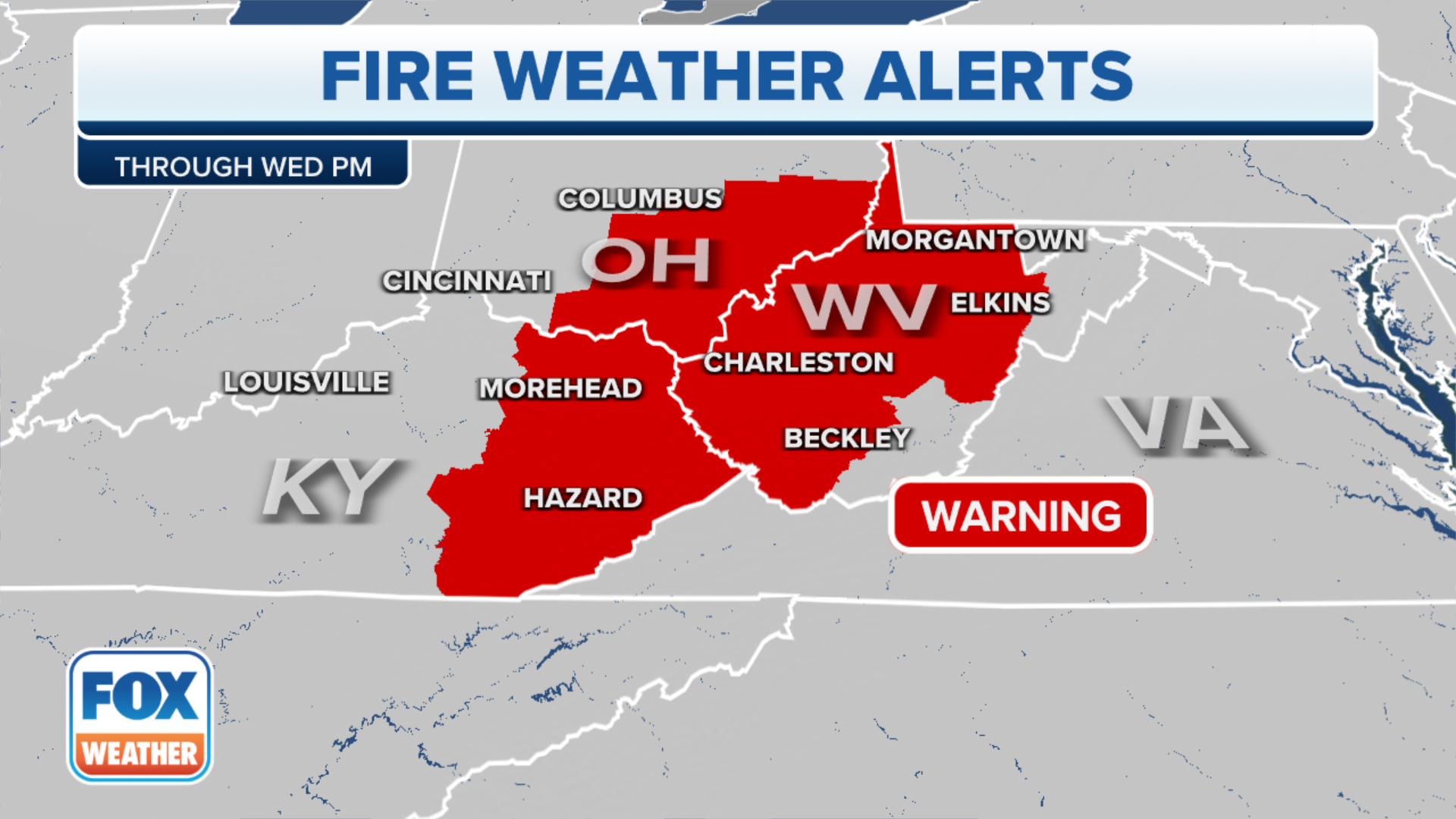 Fire Weather Warnings are also in effect across parts of the Ohio Valley in areas that don't typically see these conditions.

The NWS in Morristown, Tennessee, said wind gusts between 45 and 55 mph are expected across the region, but some areas could see gusts as high as 80 mph in the foothills and higher elevations.

It will also be extremely dry in the region, with relative humidity levels between 25 and 30% during the day on Wednesday.