Low chance of development for December tropical disturbance in Atlantic

The National Hurricane Center is only giving the disturbance a low chance (10%) of development over the next two days.

Although the Atlantic hurricane season technically ended on Nov. 30, the FOX Forecast Center has been tracking a tropical disturbance in the central Atlantic Ocean for possible development into an out-of-season tropical or subtropical storm.

A large area of low pressure centered over the central subtropical Atlantic some 925 miles east-southeast of Bermuda as of Thursday morning was showing an increase in shower and thunderstorm activity.

This disturbance has been dubbed Invest 99L by the National Hurricane Center, which is simply a naming convention used to identify an area of weather that is being investigated for possible tropical or subtropical development.

Despite the recent increase in showers and thunderstorms, the system is now moving over colder waters and interacting with an upper-level disturbance exiting the northeastern U.S., which will hinder its potential for development.

Therefore, the NHC does not expect Invest 99L to become a tropical or subtropical storm. 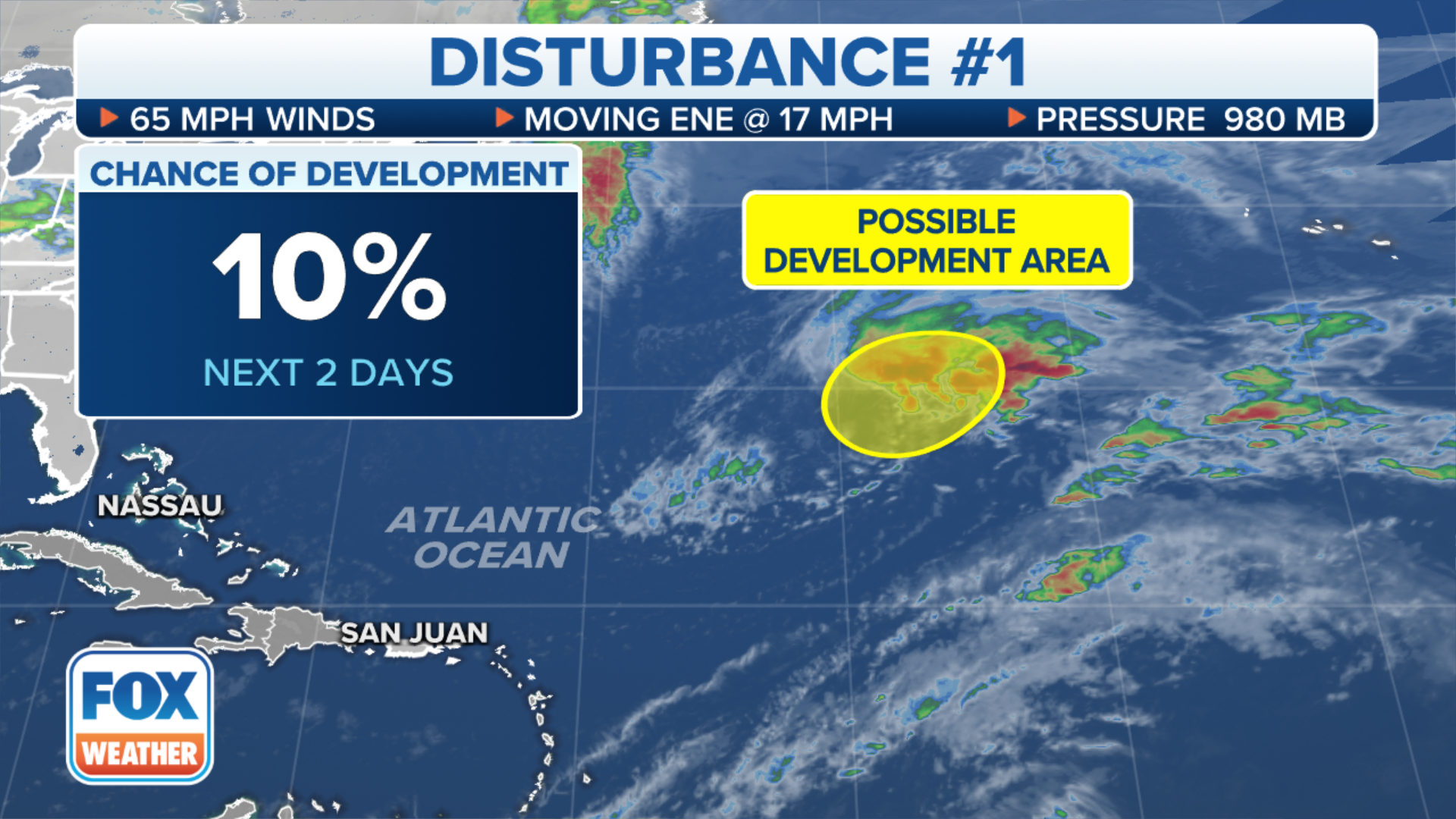 A disturbance in the central subtropical Atlantic is not expected to develop.
(FOX Weather)

While no direct impacts to land are expected from this system, dangerous rip currents and rough surf will continue to affect beaches along the U.S. East Coast for the next several days as the strong area of low pressure churns through the open waters of the North Atlantic.

HERE ARE THE BUZZWORDS YOU MAY HEAR DURING HURRICANE SEASON 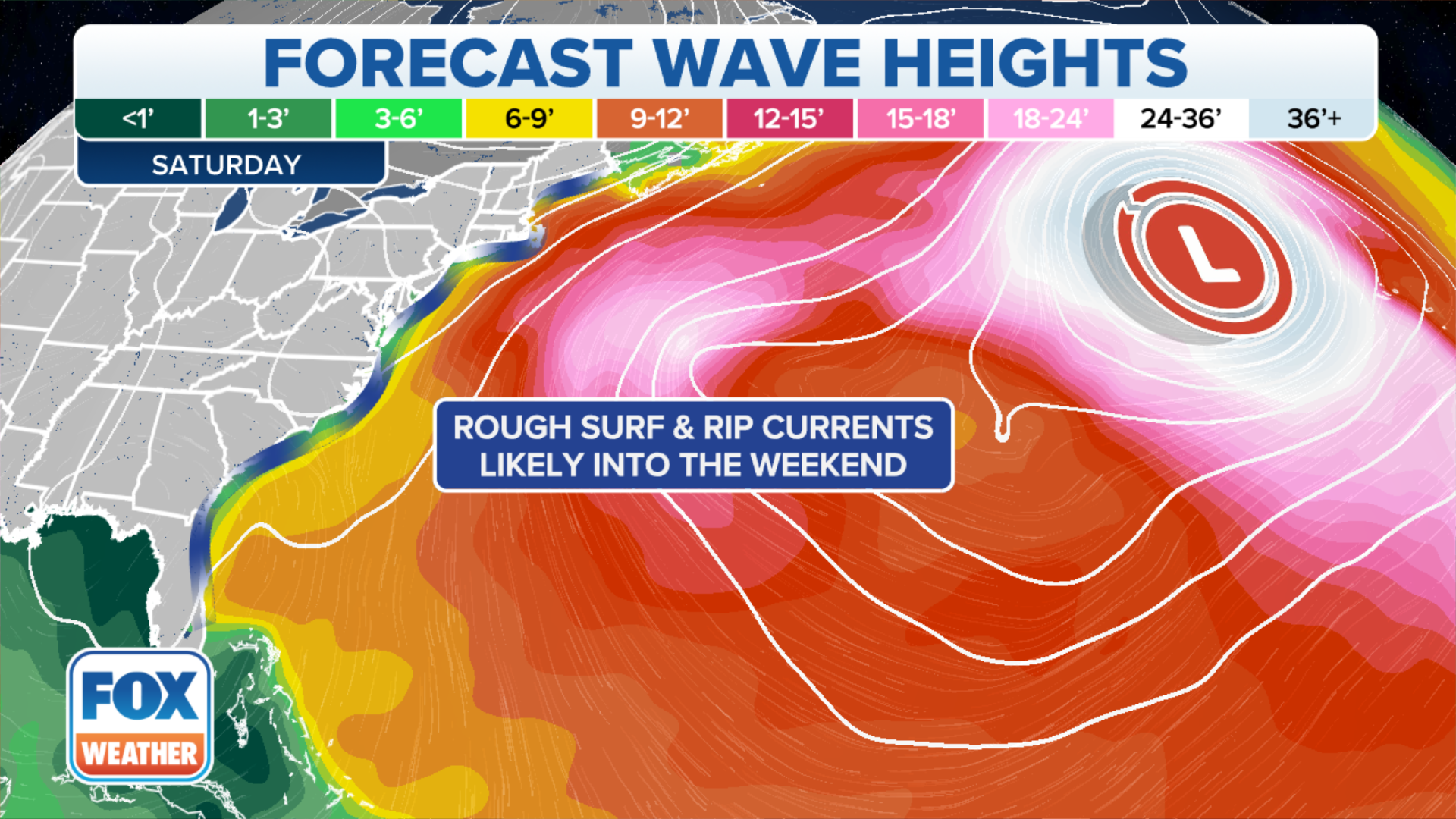 The threat of rip currents along the U.S. East Coast will continue into this weekend.
(FOX Weather)

What is a subtropical storm?

A subtropical storm has characteristics of both a tropical storm and the type of low-pressure system that most of us are used to seeing on the weather map with fronts attached to it. Most of its energy is derived from the clash of warm and cold air, but the system does not have fronts and is cold-core in the upper levels of the atmosphere.

Like tropical systems, a subtropical storm has a well-defined center and a closed circulation. However, the area of maximum winds within the circulation is farther away from the center and there is less symmetry, according to the National Weather Service.

Find out the differences between tropical, extratropical and subtropical storms.

Since the beginning of the satellite era in 1967, only 28 tropical or subtropical cyclones have roamed the Atlantic Basin in December.

The last time a tropical or subtropical storm formed during the month of December was in 2013, but it went unnamed because the NHC did not identify it as subtropical until a postseason review of the 2013 Atlantic hurricane season. This unnamed subtropical storm brought gusty winds to portions of the Azores in the eastern Atlantic.

Prior to that, Tropical Storm Olga developed in December during the 2007 Atlantic hurricane season. Heavy rainfall was the primary impact of Olga in portions of Puerto Rico and the island of Hispaniola. Maximum rainfall totals across the region ranged from around 11 inches in central Puerto Rico to over 15 inches in the Dominican Republic. 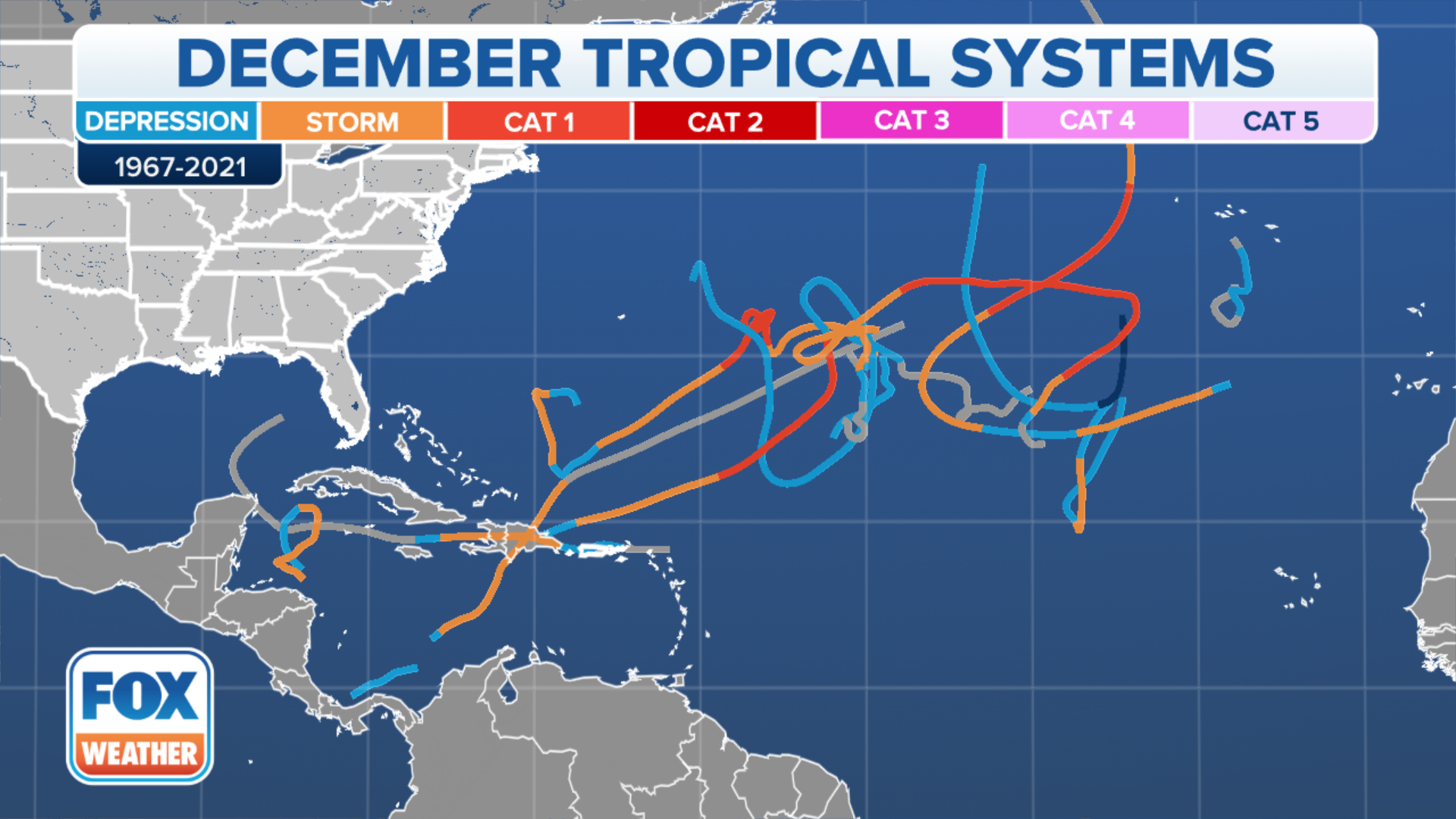 Tracks of December tropical cyclones since the beginning of the satellite era in 1967.
(FOX Weather)
Tags
Download the FOX Weather App
Available on iOS & Android
Loading.