The Electra Fire near Jackson, California has burned 3,900 acres and is 10% contained.

AMADOR COUNTY, Calif. – Investigators are looking at the possibility that Fourth of July festivities could have sparked a massive blaze currently burning in two Northern California counties.

The Electra Fire is burning to the southeast of Jackson and has grown in size since it began on Independence Day. 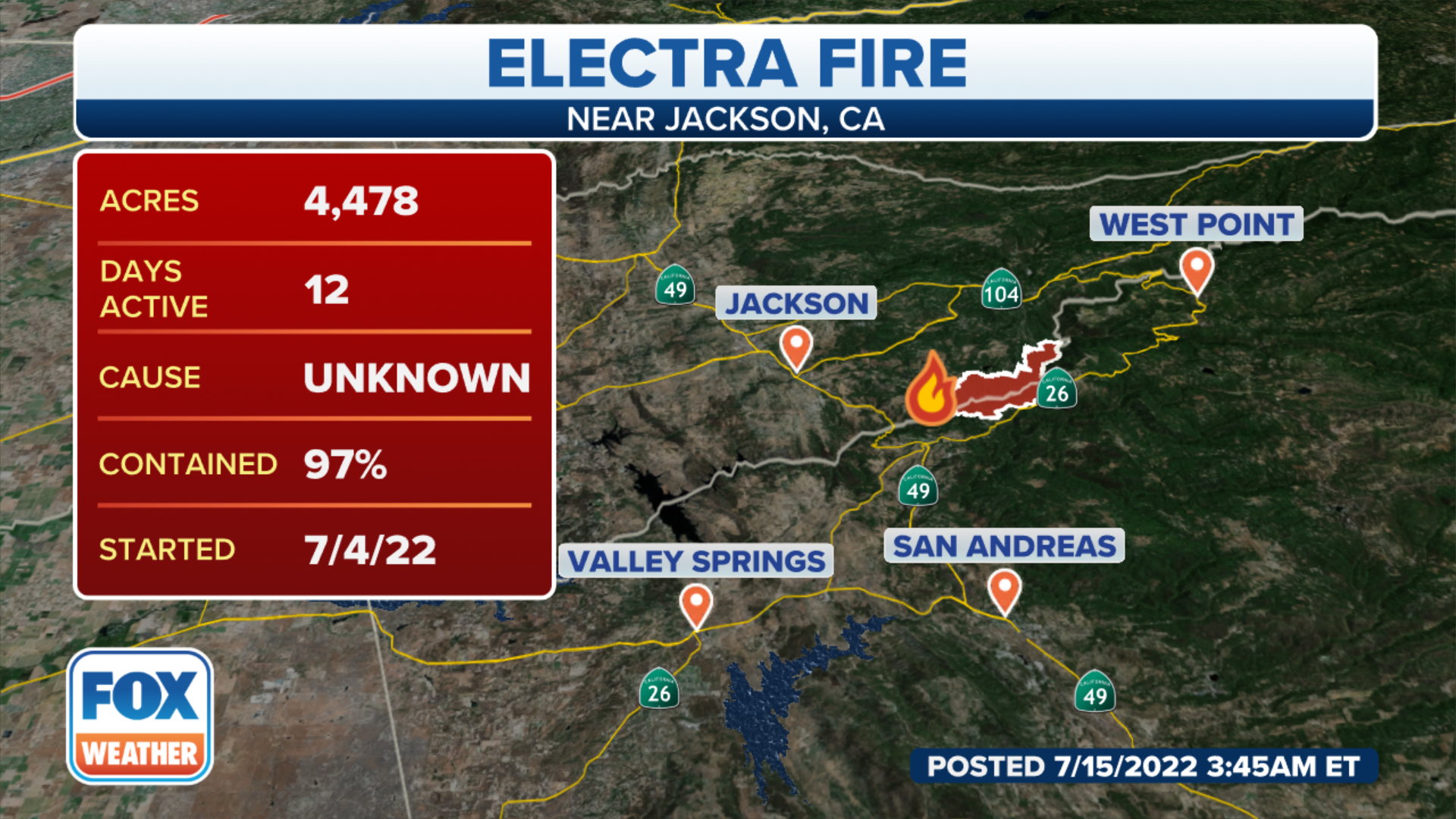 The latest on the Electra Fire burning in Northern California.
(FOX Weather)

As of Wednesday afternoon, the Electra Fire has burned 3,900 acres and is 10% contained.

The fire more than tripled in size in one night, jumping from 959 acres on Monday to more than 3,000 acres on Tuesday.

Amador County Sheriff Gary Redman suggests that fireworks or a barbeque could be a possible cause of the fire, according to FOX 2 San Francisco.

Fire officials said the steep and rugged terrain of the western Sierra Nevada Mountains has made it extremely difficult for fire crews to reach the blaze. However, CAL Fire said firefighters are continuing to build fire-control lines.

The threat to critical infrastructure is still being monitored and assessed, and CAL Fire said protection plans are being implemented.

There are at least 1,217 structures that are being threatened by the flames.

Crews are continuing to work on containing and extinguishing the Electra Fire burning in Northern California.

Evacuation orders remain in place for Amador County and Calaveras County as crews continue to work on containing and extinguishing the blaze.

According to CAL Fire, 1,334 firefighters are working to put the fire out. In addition, hundreds of pieces of equipment are also being used to help fight the fire, including firetrucks, helicopters, bulldozers and water tenders.

Officials say one first responder has also been injured, but information about that has not been released.

According to FOX 40 Sacramento, CAL Fire reported that 8,000 PG&E customers were without power in parts of Amador and Calaveras counties for firefighter safety.

That number is down from about 15,000 customers on Tuesday.