SEATTLE – This week's first round of winter weather left thousands across Washington without power after gusting winds and snow snarled traffic and left up to 4-5 inches of snow in the Seattle area.

The forecast calls for an additional 3 to 4 inches of snow through Wednesday, with higher totals above 1,000 feet.

The National Weather Service in Seattle has continued a Winter Storm Warning through 4 p.m. for the Cascade Mountains, but lingering winter storm warnings for the lowlands were set to expire Wednesday morning.

But round two of winter weather will move in later this week, lasting into the weekend.

In Seattle, high temperatures will stick around the 30s bringing a daytime mix of rain and snow through the weekend.

While light snow accumulations fell Tuesday around downtown Seattle, 3-6 inches fell just a few miles away in the northern city suburbs and over toward the Cascade Mountain foothills.

FOX Weather Meteorologist Craig Herrera explains the winter weather is being fueled by a big area of low-pressure spinning just off of British Columbia with additional moisture building up behind it.

Several schools in Western Washington canceled classes Wednesday, while others delayed the start of the school day by 2 hours.

Tuesday afternoon snowfall kicked off a day of wild weather in Washington.

Strong winds gusted to 30-40 mph around the Seattle area and were even stronger farther north. 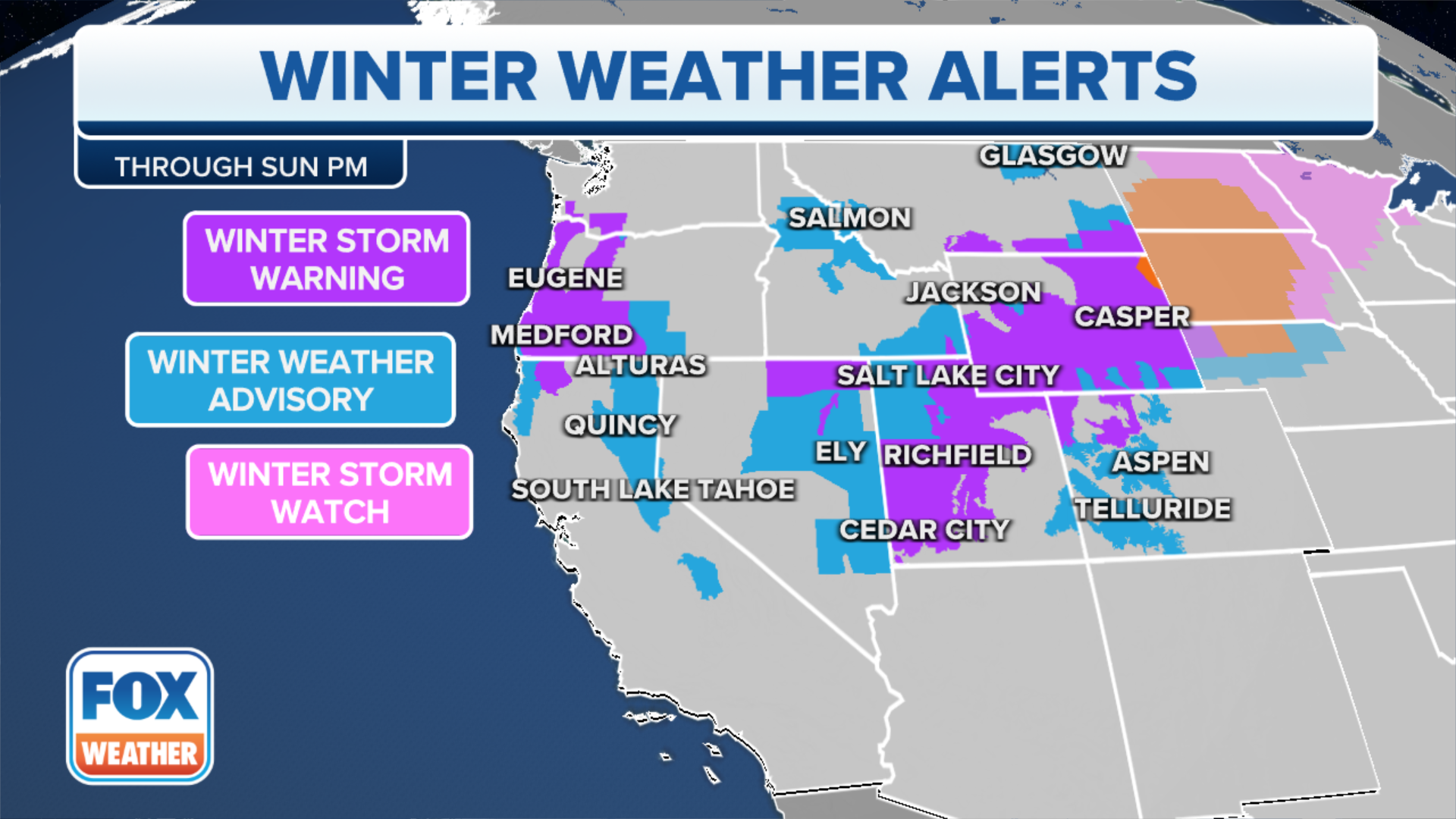 A High Wind Warning was in effect through Tuesday night, and southerly winds were recorded gusting up to 59 mph at Friday Harbor in the San Juan Islands, according to the NWS.

WHICH IS THE SNOWIEST MONTH OF THE YEAR?

Meanwhile, up in the Cascades, Crystal Mountain recorded a 78 mph gust.

Later on Tuesday, the snow transitioned to rain south of Tacoma.

If the snow, rain and wind weren't enough, the Bremerton Airport in Kitsap County reported thundersnow.

Thundersnow is the same as a regular thunderstorm, only getting the nickname when accompanying snowfall. Its lightning is just as dangerous.

Temperatures were on the cusp of freezing throughout the event, leading to a heavy, wet snowfall that brought down tree limbs and knocked out power to over 130,000 customers.

Wind in Jefferson County knocked down a tree onto a powerline, knocking out hundreds of customers.

At the peak Wednesday morning, over 60,000 in King County were without power.

A semi-truck on its side in the snow on Southbound I-5 in Whatcom County, Washington on Nov. 30, 2022.(Image credit: Washington State Patrol)

The winter weather continued to cause delays and crashes across Washington as the snow kept coming.

In Whatcom County, southbound Interstate 5 was blocked after a tractor-trailer fell over on its side.

Snow chains were required Wednesday along the mountain passes in Washington, if the roads weren't already closed.

Snoqualmie Pass received 22 inches of snow since Tuesday with up to another foot forecast through Thursday, according to the Washington Department of Transportation.

Interstate 90 eastbound was closed Wednesday at North Bend due to crashes, according to WSDOT. Westbound remained open, but snow chains are required.

Snowfall continued to reduce visibility on highways in and around Seattle early Wednesday.