This area of tropical moisture, in combination with an upper-level disturbance over Florida, could fuse together and form a tropical depression sometime later this week.

Two weather features will meet in the northern Gulf of Mexico in the next few days. The combination could trigger a tropical system to quickly spin up over the extra-warm Gulf water.

The water temperature is running several degrees above average – in the high 80s – due to the recent extremely hot weather across the South. 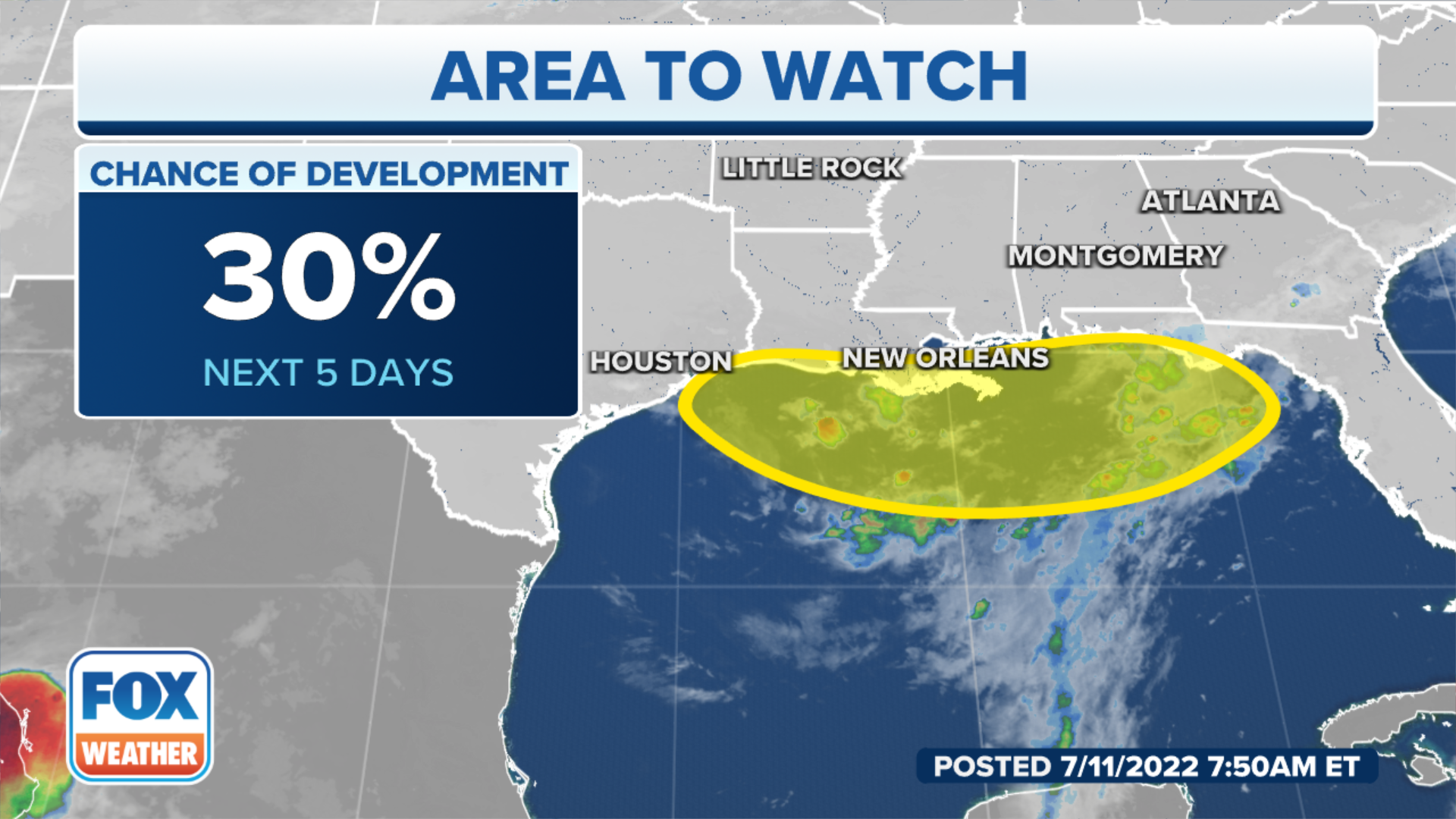 The National Hurricane Center is watching an area in the northern Gulf of Mexico for tropical development.
(FOX Weather)

An old cold front has died out along the northern Gulf Coast. Fronts are long areas of lower pressure, and that low pressure can be one factor in the formation of an organized tropical system – if other ingredients are in place.

Over the southern Gulf between Cuba and Mexico, there’s a large, prominent upper-level disturbance. It is drifting toward that old frontal zone in the northern Gulf. The combination of these two systems in the next couple of days might lead to a new system trying to organize.

The National Hurricane Center is giving it a fairly low chance of happening at this point. The two systems are still well separated, so the process of development, if it’s going to happen, has not begun.

Since the front is so close to land, it’s impossible to know if an organized system would form over the water, where it conceivably could gain a circulation and strengthen. Or it might develop over land, where it would be mostly just a big rainmaker.

There is no consensus in the computer forecast models on exactly what’s going to happen, though there is general agreement that a concentrated area of low pressure will begin to form somewhere between Louisiana and the Florida Panhandle in the next day or two. If it forms over the water, eventually, it would likely drift inland. The question is, does it remain over the water long enough to organize and possibly strengthen?

In any case, significant rainfall is likely along the northern Gulf Coast, though the exact location of the heaviest rain will be dependent on what develops and exactly where.

Be ready for changing forecasts this week from Louisiana to the Florida Panhandle. There’s a lot of energy in the warm Gulf waters, so something could spin up quickly if the ingredients come together.

Elsewhere in the tropics, there is a lot of dust and dry air, so things are quiet.

An overview of the Atlantic tropics.
(FOX Weather)