There will be plenty of sunshine and warm temperatures for voters in West Virginia and Nebraska voting in their primaries.

The midterm election season is here, and voters in Nebraska and West Virginia will head to the polls Tuesday to cast their ballots for whom they’d like to see in local, congressional and state leadership positions.

Unlike the threat of severe weather for voters in Ohio and Indiana during last week's primaries, people heading out to cast their votes in Nebraska and West Virginia will be met with some warm temperatures and sunshine.

Here's the forecast for both states. 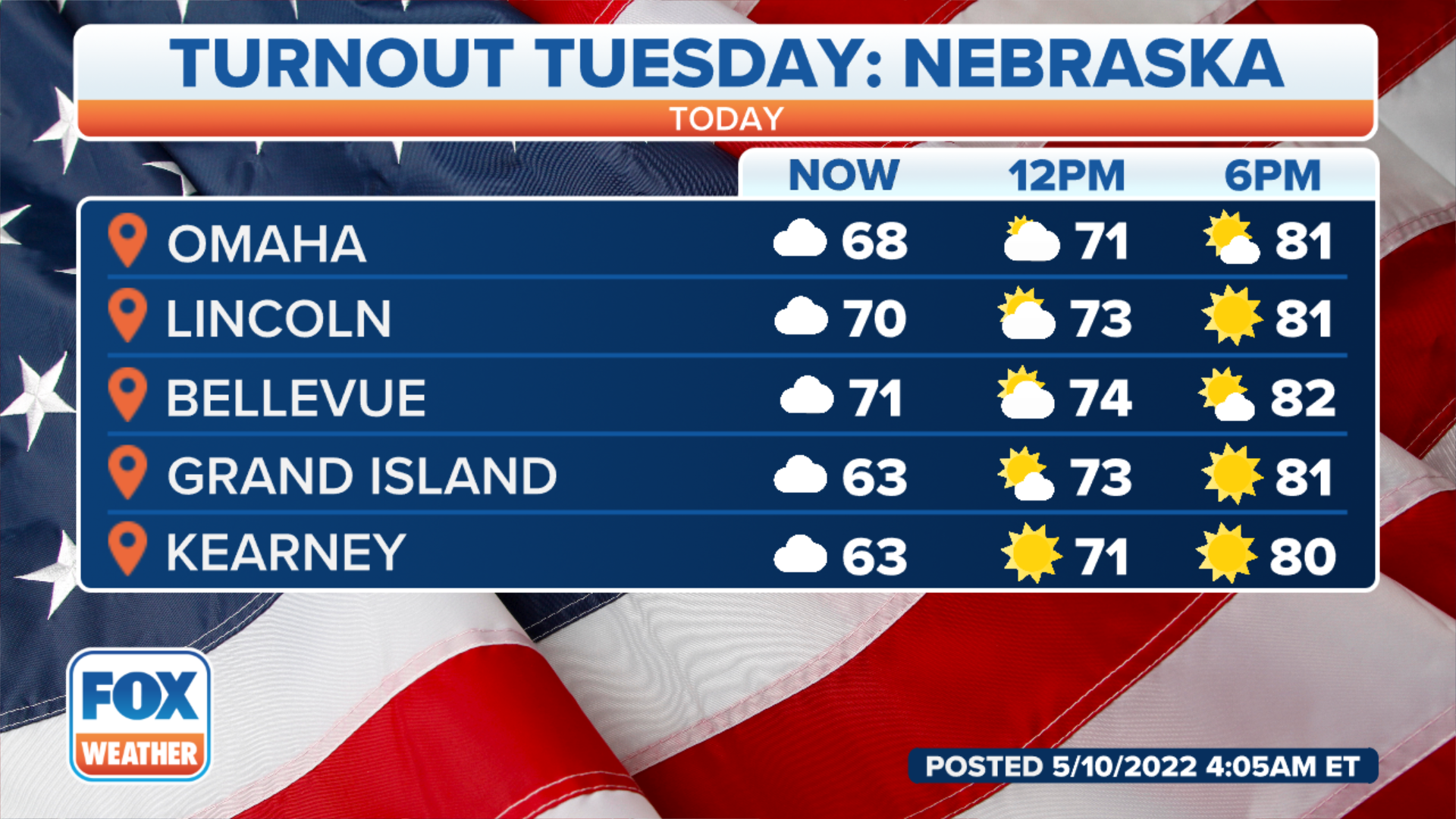 Cloudy conditions are expected from Omaha to Lincoln, and elsewhere across the state in Bellevue, Grand Island and Kearney.

Skies will begin to clear out as we head into Tuesday afternoon, with temperatures generally in the lower to mid-70s with sunny to mostly sunny skies.

HEATING UP: NEARLY 200 RECORD HIGHS THREATENED FROM THE SOUTH TO MIDWEST, NORTHEAST

By early Tuesday evening, temperatures will be even warmer in the lower 80s.

If you're a voter heading to the polls and have questions about the primary, check out the Nebraska Secretary of State website by clicking here. 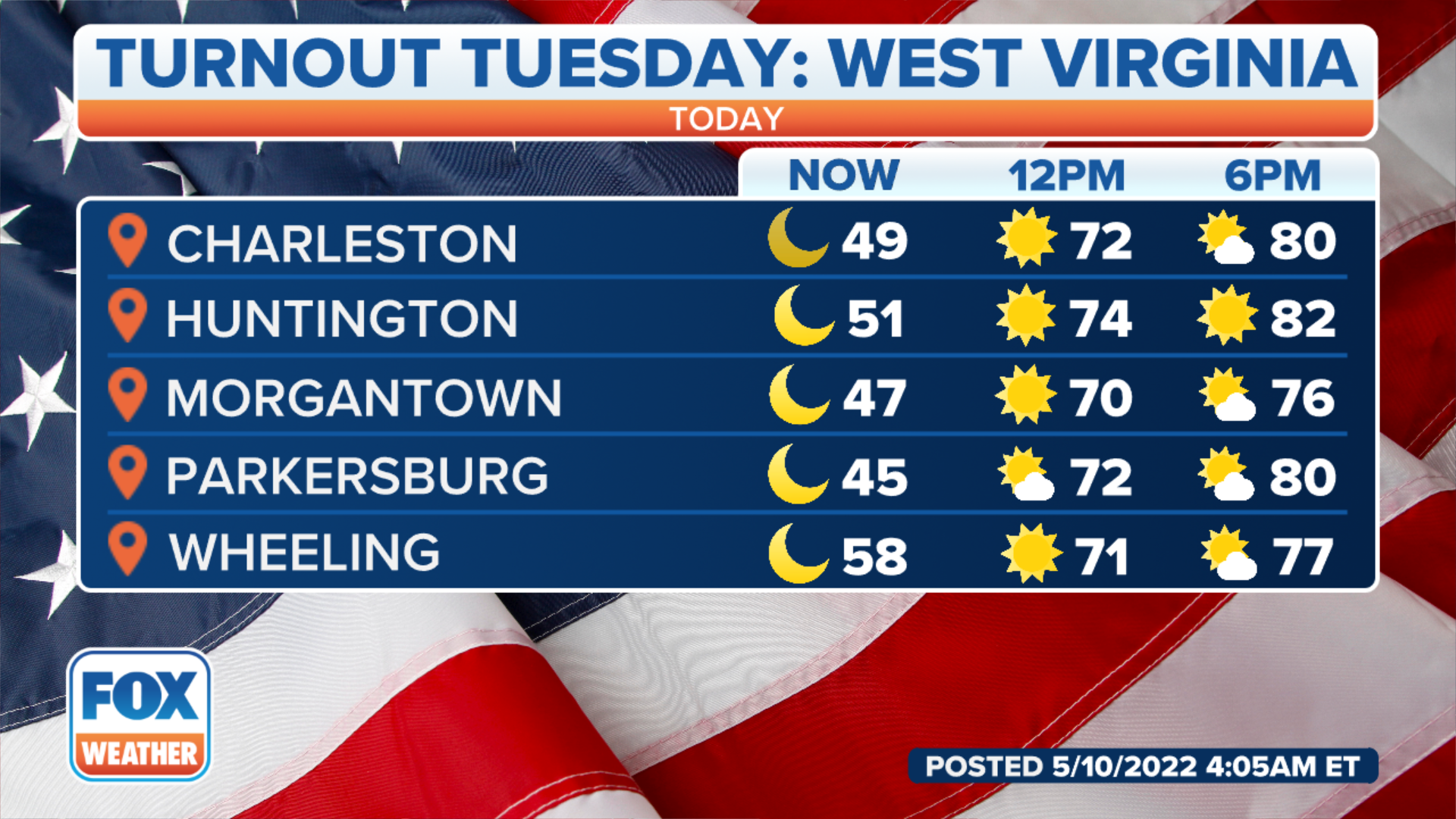 As lunchtime approaches, temperatures will rise into 70s from Charleston to Huntington, as well as Morgantown, Parkersburg and Wheeling.

Then, by early Tuesday evening, temperatures will get into the lower 80s in Charleston, Huntington and Parkersburg, while it will be in the upper 70s in Morgantown and Wheeling.

If you're a voter heading to the polls and have questions about the primary, check out the West Virginia Secretary of State ‘Go Vote WV’ website by clicking here.