The Caribbean tropical disturbance we've been tracking all week has finally organized enough to be designated Tropical Storm Bonnie as it approaches Central America.

The winds have been strong enough (40-plus mph) on the northern side of the system for days. But up until Friday morning, Hurricane Hunters flying through the system had not been able to find the required westerly winds on the bottom of the circulation to meet the definition of a tropical storm.

Bonnie seems to be surrounded by pristine atmospheric conditions and is over very warm water, so it’s expected to strengthen before reaching Central America on Friday night.

The tropical storm is not far from the southern Nicaraguan and northern Costa Rican coast. It will bring heavy rain and very gusty winds across Central America later Friday and into Saturday. 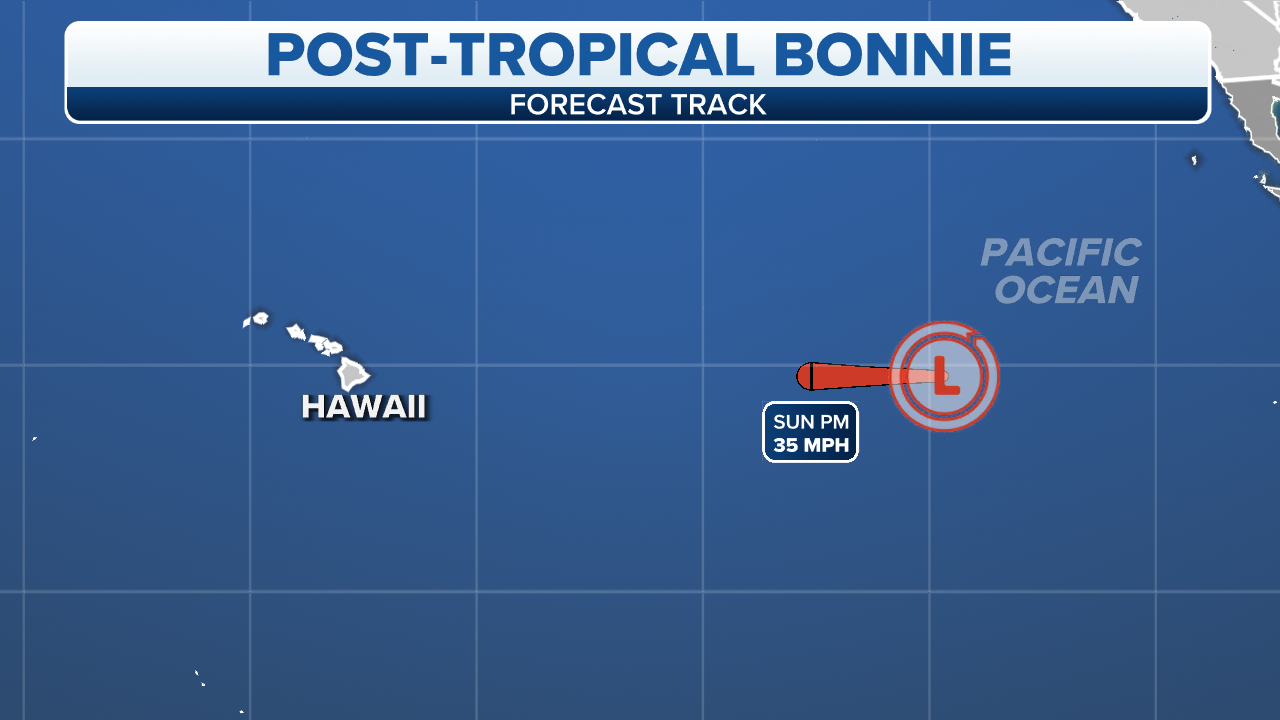 This part of Central America is quite narrow, so Bonnie is expected to survive the trek over the mountains into the Eastern Pacific with its circulation remaining intact. That means the storm will still be called Bonnie as opposed to getting an Eastern Pacific storm name. This is unusual because relatively few storms cross that narrow part of Central America. They usually track farther north and get tangled up in the big mountains. It’s only happened once this century when Otto pulled it off in 2016.

Bonnie is forecast to track north just offshore of the Pacific coast of Mexico and intensify, so they’ll be watching the storm over the next few days.

Elsewhere in the tropics 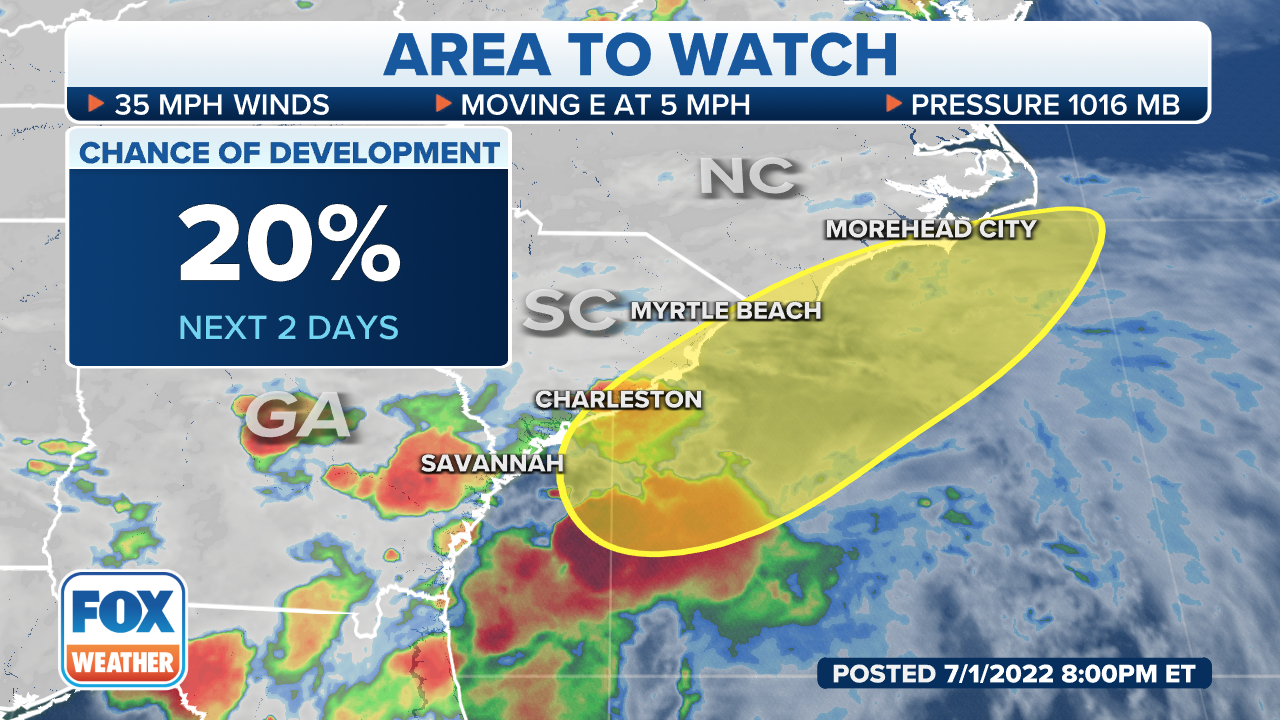 The tropical disturbance near the Georgia coast is highlighted in yellow.
(FOX Weather)

The disturbance was identified as Invest 96L, but it will have less than a day to organize before conditions become hostile for development.

Regardless of development, localized heavy rain and chances for flash flooding will remain high for Georgia and the Carolinas through Saturday. 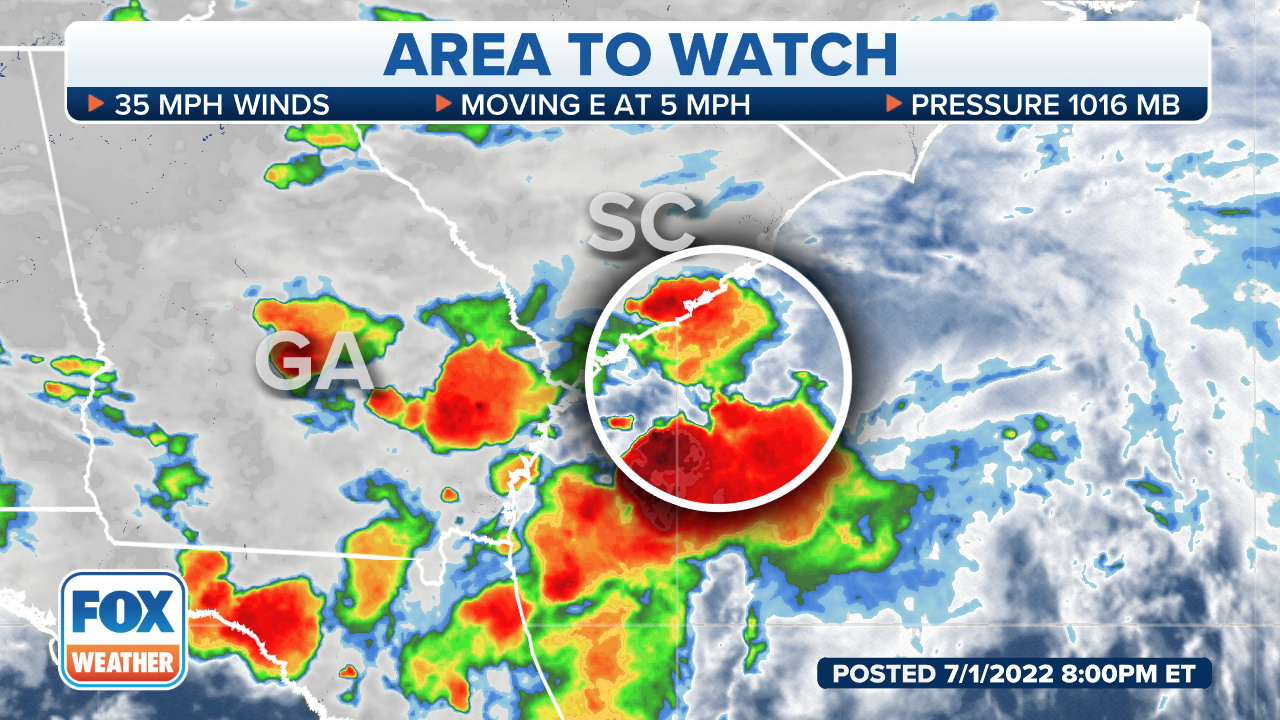 The tropical disturbance near the Georgia coast is outlined.
(FOX Weather)

A tropical disturbance is approaching the Caribbean islands. Its atmospheric environment is not conducive to development, so it is forecast to pass across the islands over the next few days, bringing heavy rain and some gusty winds as it moves from east to west. 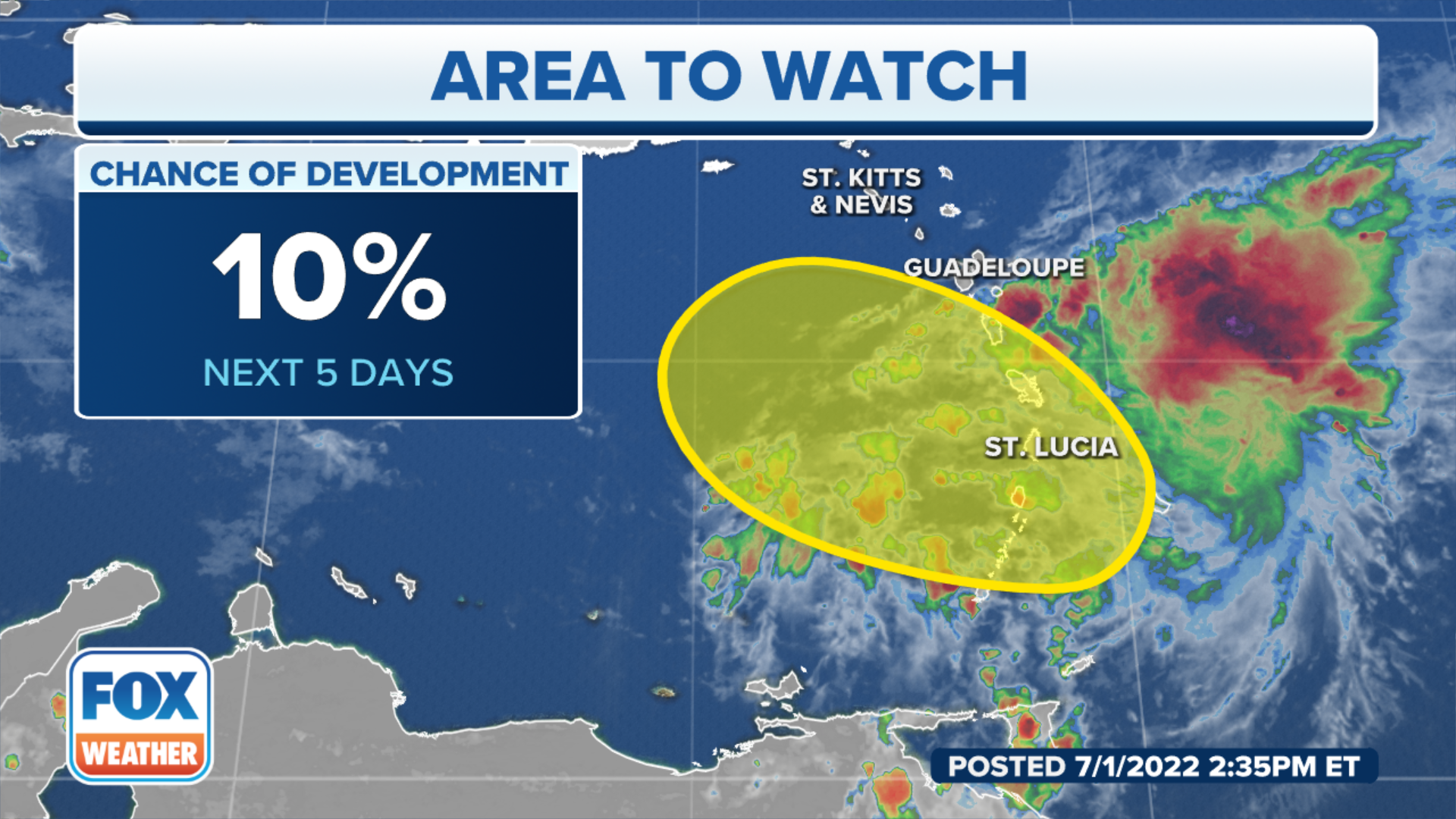 The tropical disturbance approaching the Caribbean islands is highlighted in yellow.
(FOX Weather)

The other disturbance we were watching Thursday in the Gulf of Mexico has moved ashore in southeastern Texas, bringing very heavy rain to the Houston metro area and southwestern Louisiana. Some localized flooding is possible.

Overall, the tropics are calming down. Once Bonnie is in the Eastern Pacific, the only active system will be the tropical disturbance pushing across the Caribbean, and development of that system is unlikely. We should be good well into next week.