Potential Tropical Cyclone 15 is churning in the Caribbean with winds at 40 mph in the latest advisory.

A tropical disturbance in the central Caribbean Sea is expected to become the 12th named storm of the 2022 Atlantic hurricane season on Halloween as it eyes parts of Central America, potentially as a hurricane, later this week.

As of Monday morning, Potential Tropical Cyclone Fifteen was centered more than 150 miles south of Kingston, Jamaica. The system is already producing tropical-storm-force winds (40-plus mph) but lacks the convective organization required to be considered a tropical storm.

Potential Tropical Cyclone Fifteen is packing maximum sustained winds of 40 mph as it moves westward across the central Caribbean Sea. 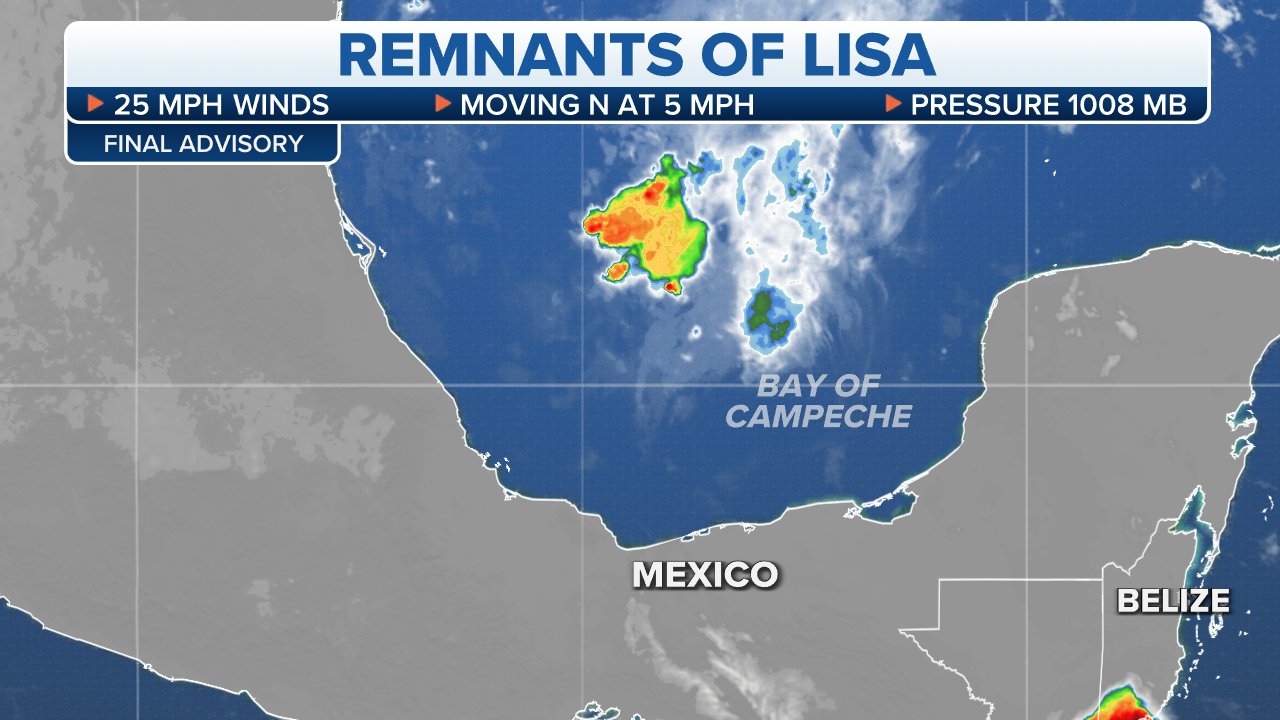 Tropical Storm Watches have been issued for Jamaica and Grand Cayman Island.

A Tropical Storm Watch means that tropical-storm-force winds (40-plus mph) are possible in the watch area, generally within 48 hours. In this case, 40-plus-mph winds are possible in Jamaica on Halloween and on Grand Cayman Island on Tuesday.

Additional watches or warnings will likely be required early this week for portions of Central America, particularly the coasts of Belize and the Yucatán Peninsula of Mexico.

HURRICANE, TROPICAL STORM WATCH VS. WARNING: WHY IT'S IMPORTANT TO KNOW THE DIFFERENCE 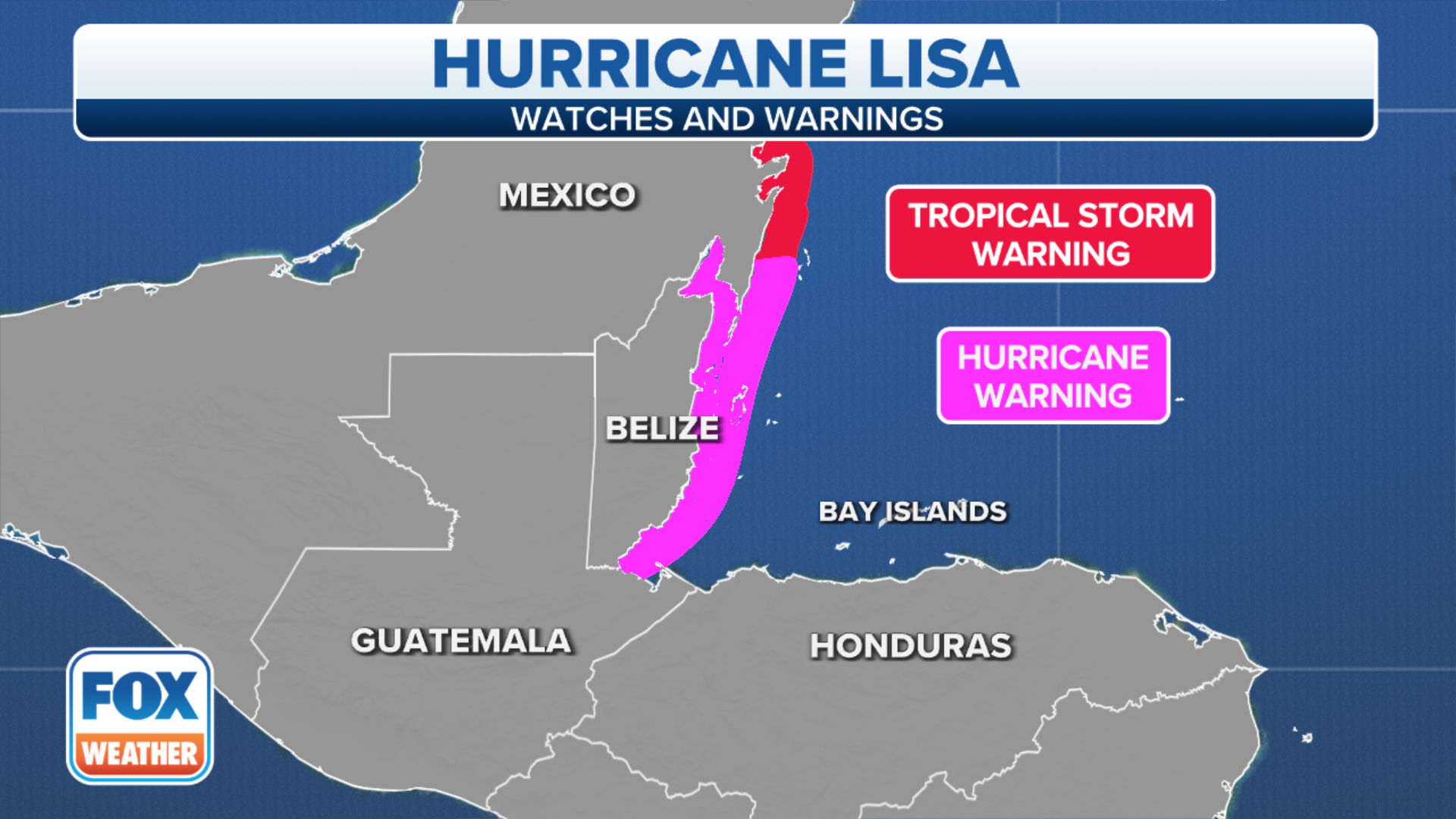 Current watches and warnings in effect along the path of Potential Tropical Cyclone Fifteen.
(FOX Weather)

The FOX Forecast Center expects that Potential Tropical Cyclone Fifteen will organize into a tropical storm on Halloween, earning the name "Lisa." That will make this system the 12th named storm of the 2022 Atlantic hurricane season.

The potential tropical cyclone is forecast to move toward the west or west-northwest over the next few days, which means it will likely pass south of Jamaica and the Cayman Islands on Halloween and into Tuesday before approaching Central America on Wednesday.

Current indications are that future "Lisa" will continue to strengthen and could be near hurricane strength (75-plus-mph winds) by Wednesday as it moves closer to the coast of Central America. 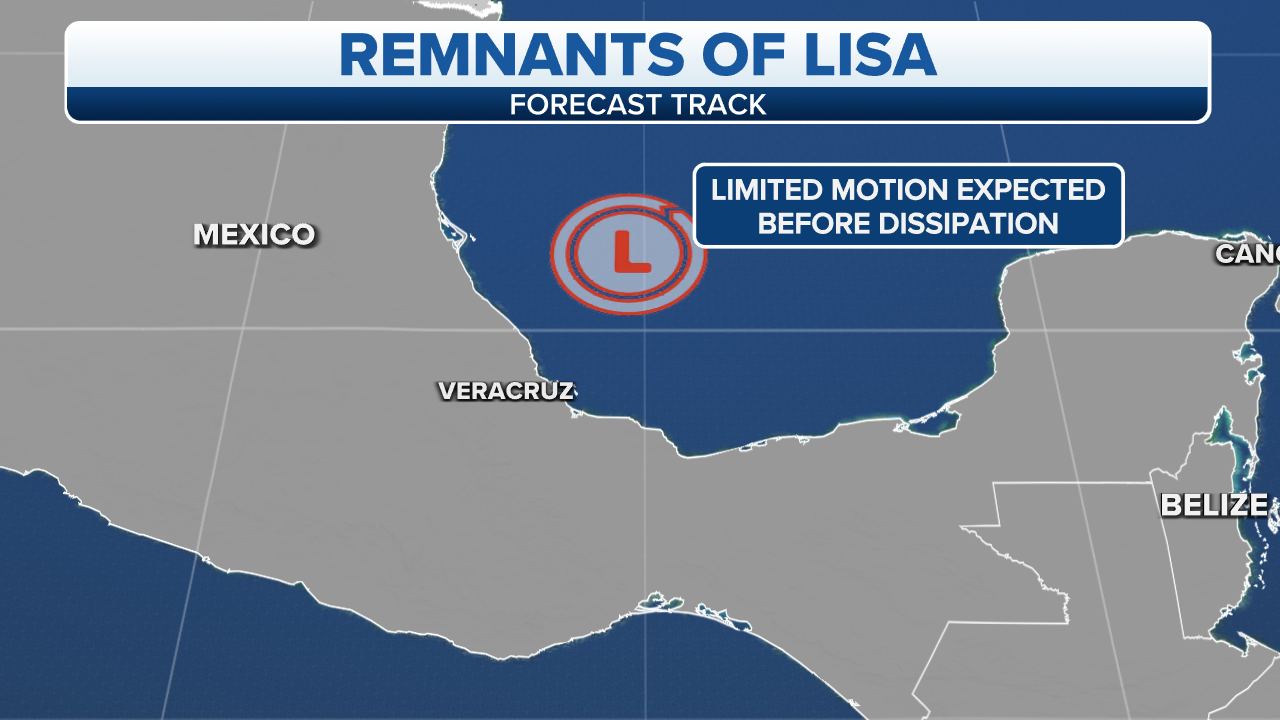 According to the FOX Forecast Center, Potential Tropical Cyclone Fifteen is expected to produce up to an inch of rain in portions of Hispaniola, the Cayman Islands, northern Honduras and eastern Nicaragua through Thursday morning. Localized areas could see up to 2 inches of rainfall.

In Jamaica and Belize, between 2 and 4 inches of rain is predicted, with localized amounts of up to 6 inches in Belize. The heavy rainfall could lead to flash flooding in some locations.

Potential Tropical Cyclone Fifteen will not pose any threat to the U.S. Gulf Coast.