Doug Lewin, founder of Stoic Energy Consulting, explains how the Texas power grid can prepare to face a record-breaking heat wave this weekend.

HOUSTON – Near-record temperatures are forecast across much of Texas this weekend and state power regulators are preparing for high demand as people crank up the A/C to beat the heat.

Temperatures are expected to soar into the triple digits across much of the state, which has caught the attention of the agency responsible for regulating most of the state’s power grid. The Electric Reliability Council of Texas said they are asking power plants to brace for the heat wave.

"ERCOT has asked power plants across the region to postpone planned outages and to return from outages already in progress in order to serve Texans this weekend," officials said in a statement issued Tuesday. "At this time, ERCOT projects there will be sufficient generation to meet this high demand for electricity."

Officials at the Public Utilities Commission of Texas, which oversees ERCOT, said they are working with the council to ensure there is enough power to keep air conditioners running this weekend.

"Over the past year, the PUCT and ERCOT have worked, and continue to work closely to operate the grid with greater reserve capacity, move to a reliability-based business model that brings electricity online more quickly when demand increases, better manage planned maintenance and repair outages for power generators to ensure they are online when needed and ensure power generators have back-up fuel onsite in the event of disruptions to primary fuel supplies," commissioners said in a statement issued Tuesday.

The reliability of the state’s power grid has been questioned after a February 2021 winter storm that plunged the state into days of freezing weather. The extreme cold caused power generation equipment and natural gas lines to freeze. This resulted in a dramatic loss of available electricity and prompted blackouts that left people without power for days. More than 200 people died in the storm.

How hot will it get?

While heat in Texas is nothing new, triple-digit temperatures in early May are certainly unusual.

According to National Weather Service records, that would tie San Antonio’s record-high temperature for May 7 set in 1998.

San Antonio isn’t alone. Record-high temperatures are in jeopardy in several cities across the state. 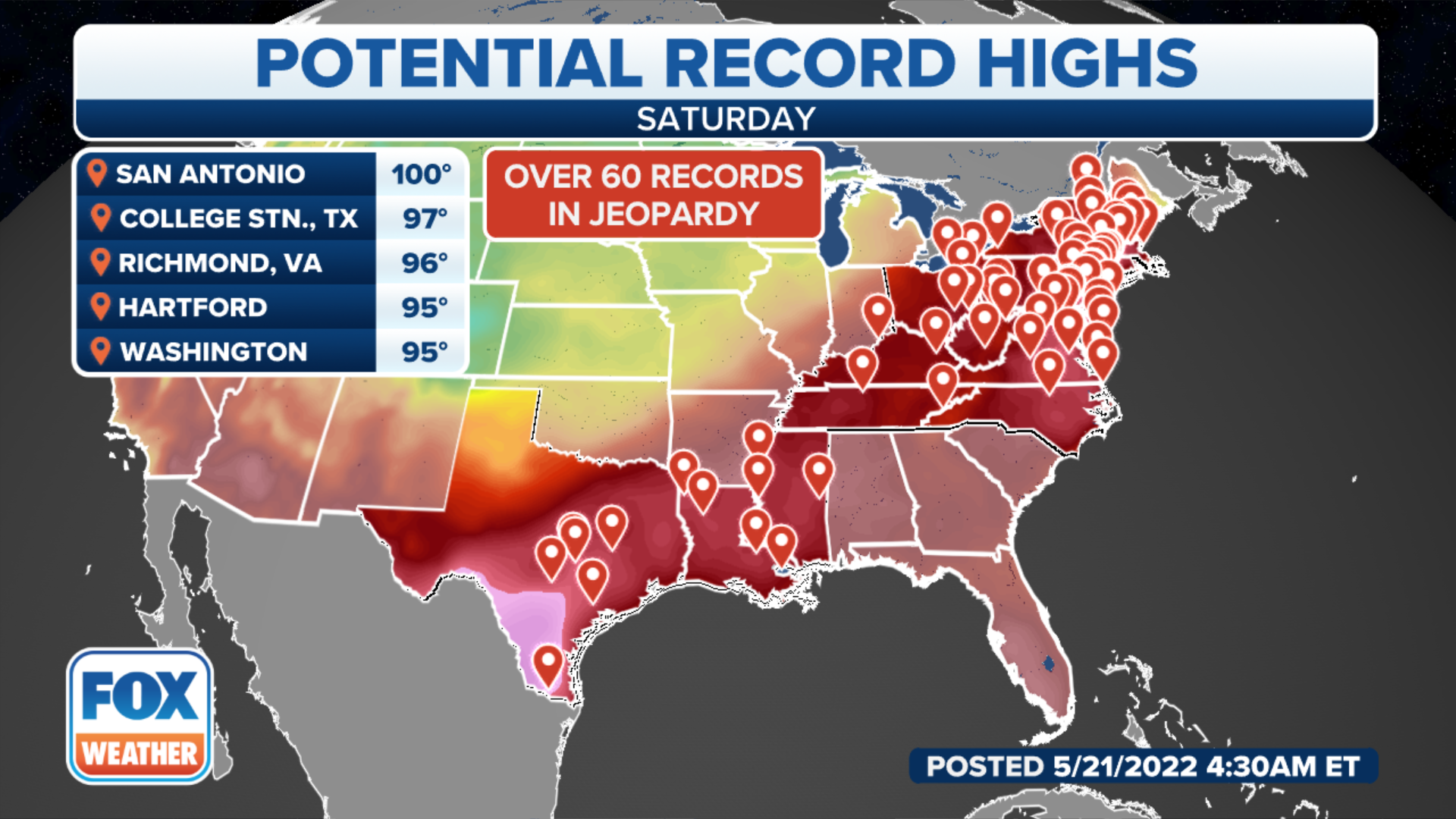 Read more about the forecast heat wave in Texas here.