Nearly 57 million from California to Texas under heat alerts

Nearly 57 million people from California to Texas are under heat alerts. The Lone Star State anticipates multiple record high temperatures to be broken this weekend.

Millions of Americans across the West and Southwest are at risk of heat-related illnesses as temperatures skyrocket above 100 degrees, with those triple-digit temperatures expected to stick around through at least the weekend.

Meteorological summer began June 1, but the temperatures that are being felt across the region are more typical of the midsummer months. 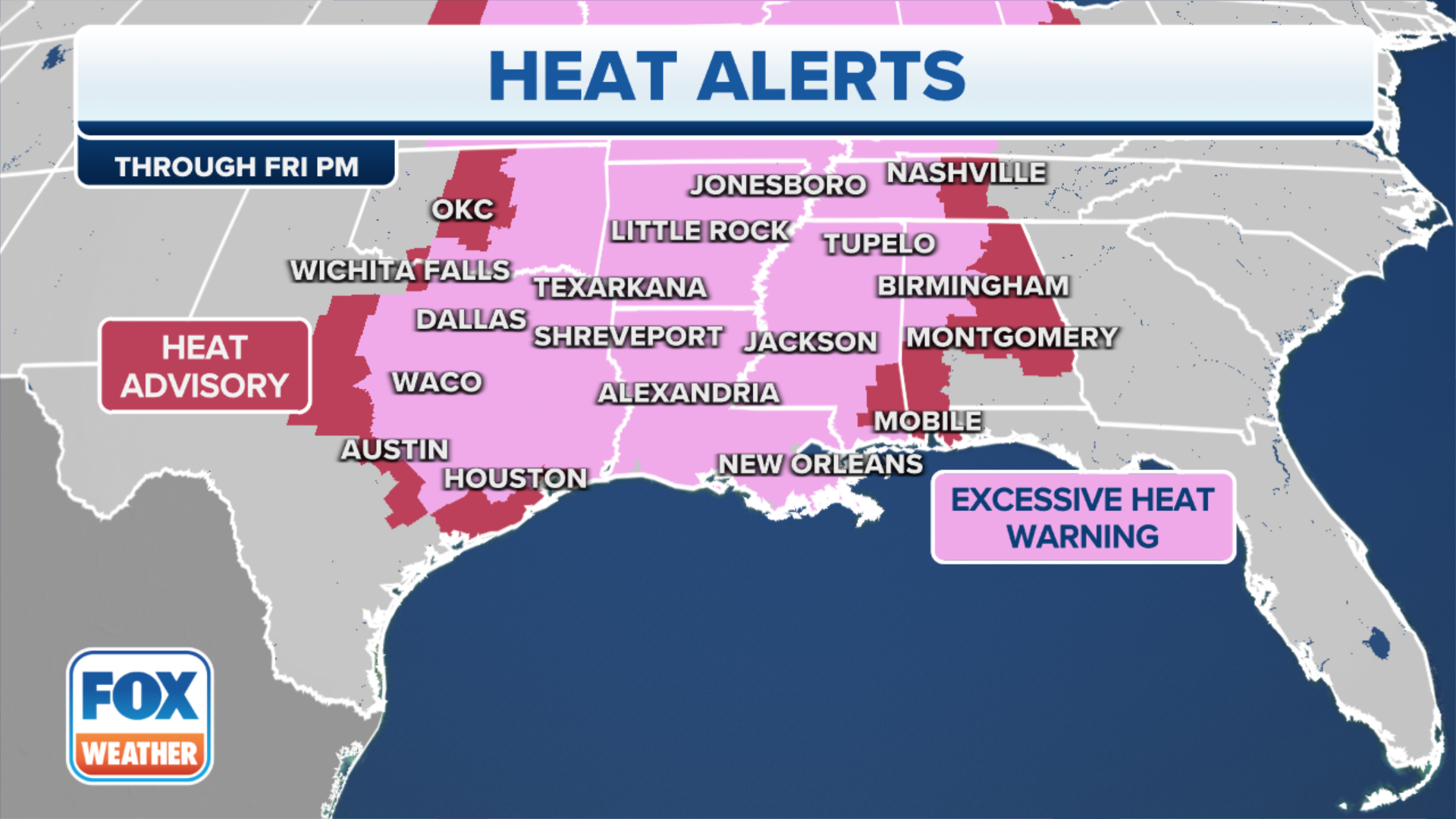 Heat alerts are in effect for millions of Americans in the western U.S.
(FOX Weather)

Heat Advisories are in effect across a large portion of California, as well as northwestern Nevada.

Excessive Heat Warnings are in effect across a larger area from southeastern California into the Las Vegas area and much of Arizona.

People living and working in Sacramento, California, Las Vegas and Yuma, Phoenix and Tucson, Arizona, are among the larger cities under the Excessive Heat Warning. 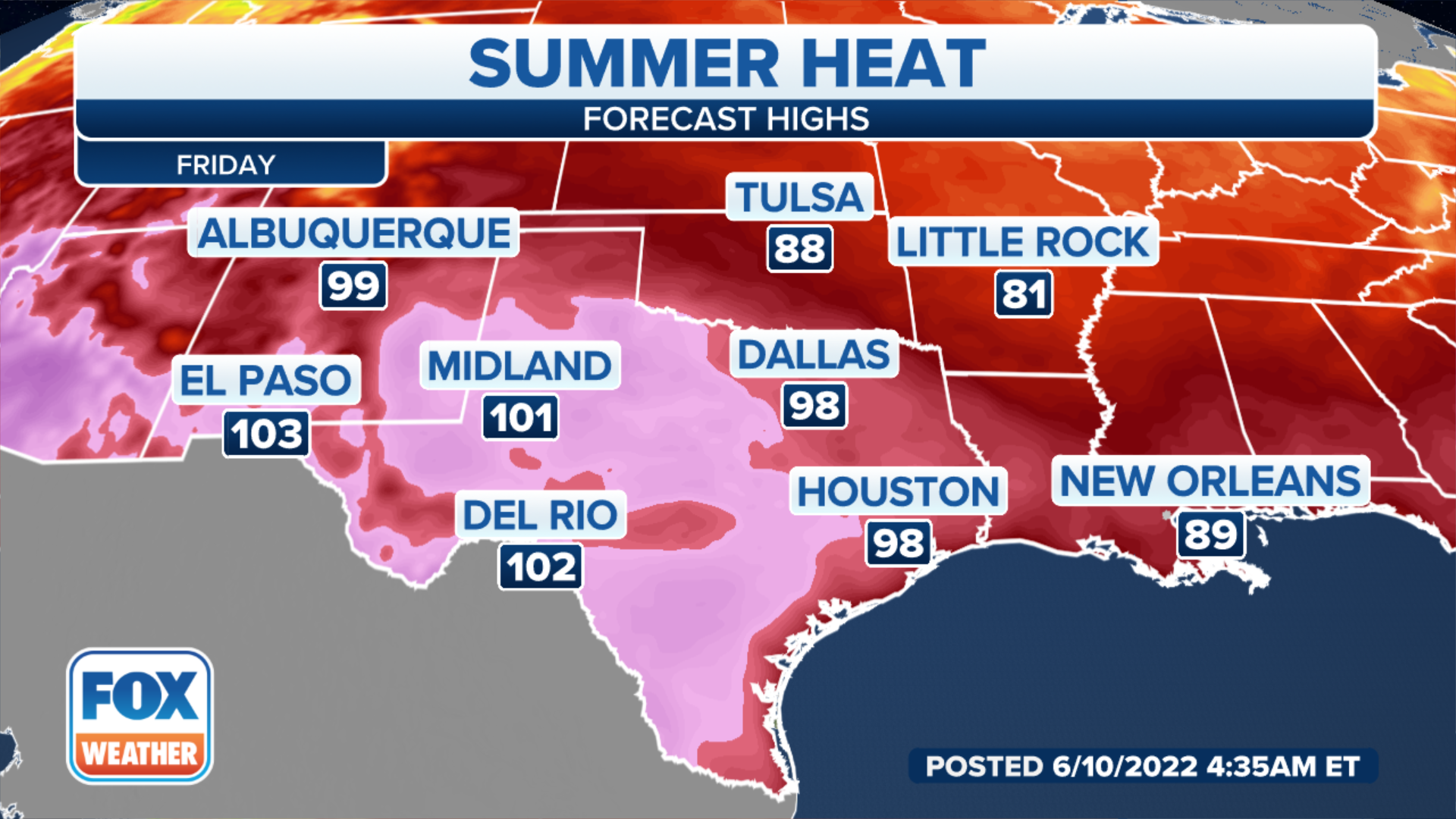 High temperatures in the South on Friday, June 10.
(FOX Weather)

El Paso, Del Rio and Midland, Texas will see temperatures in the low 100s on Friday. Dallas and Houston will also be around 100 degrees, with those warmer temperatures stretching into Brownsville where it will be about 97 degrees.

High temperatures in the Southwest on Friday, June 10.

The triple-digit temperatures will also continue in the western U.S. with more areas seeing excessive heat.

Phoenix will be the hotspot, with a high temperature expected to be about 113 degrees.

Las Vegas will be nearly just as warm, with a forecast high of 110.

There also won't be any relief across Central California, with Sacramento getting to about 106. 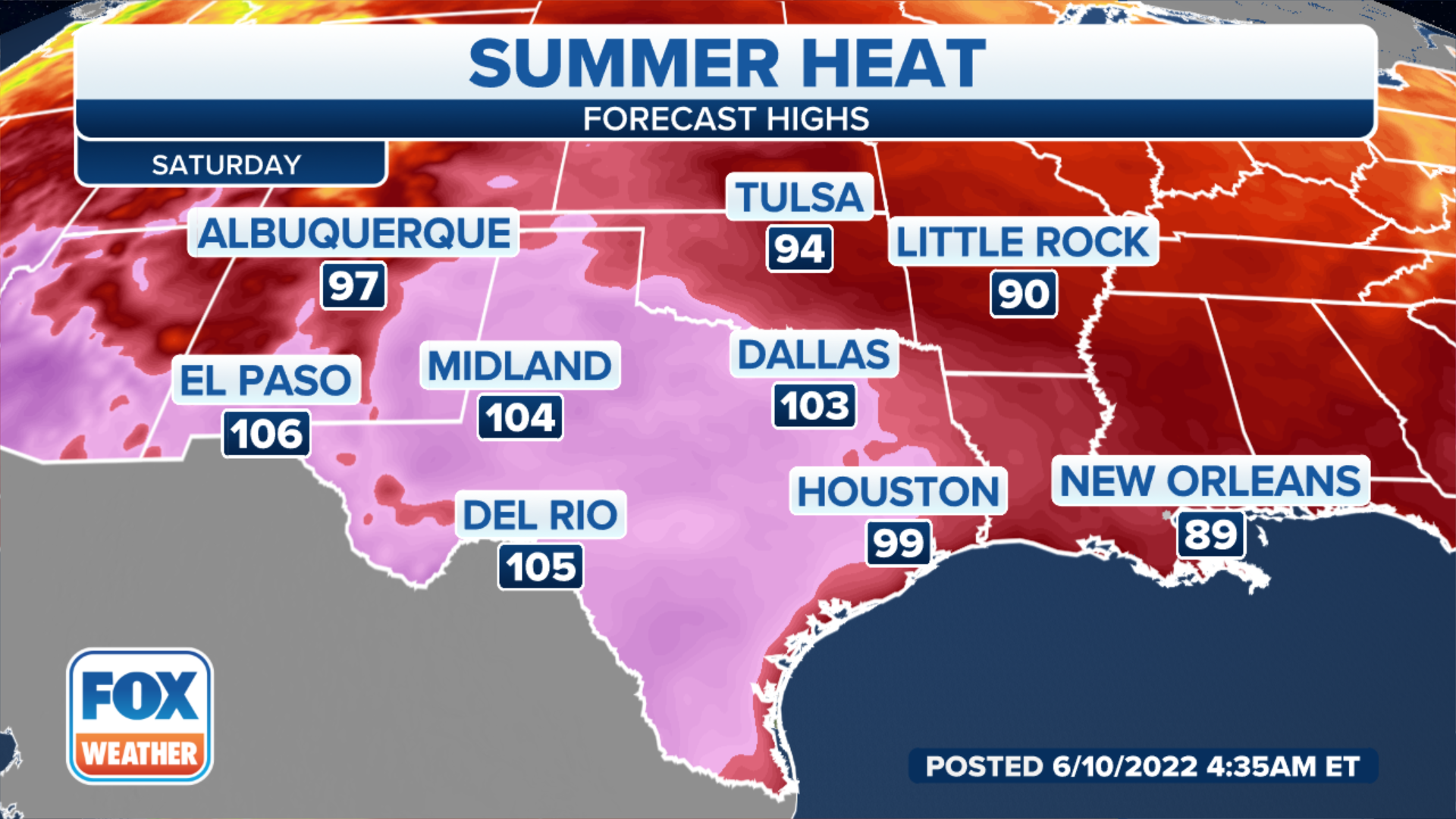 This weekend will also be extremely hot, with more areas seeing temperatures well above 100 degrees.

In Texas, El Paso and Del Rio will be about 105, with Midland, Dallas and Houston all getting into the triple-digits.

High temperatures in the western U.S. on Saturday, June 11.

The West and Southwest will also be well above 100 degrees on Saturday.

Phoenix will be about 115, and Las Vegas will see a high temperature of about 110 degrees.

The triple-digits will keep expanding into California, with Sacramento likely seeing its third day in a row of temperatures above 100 degrees. 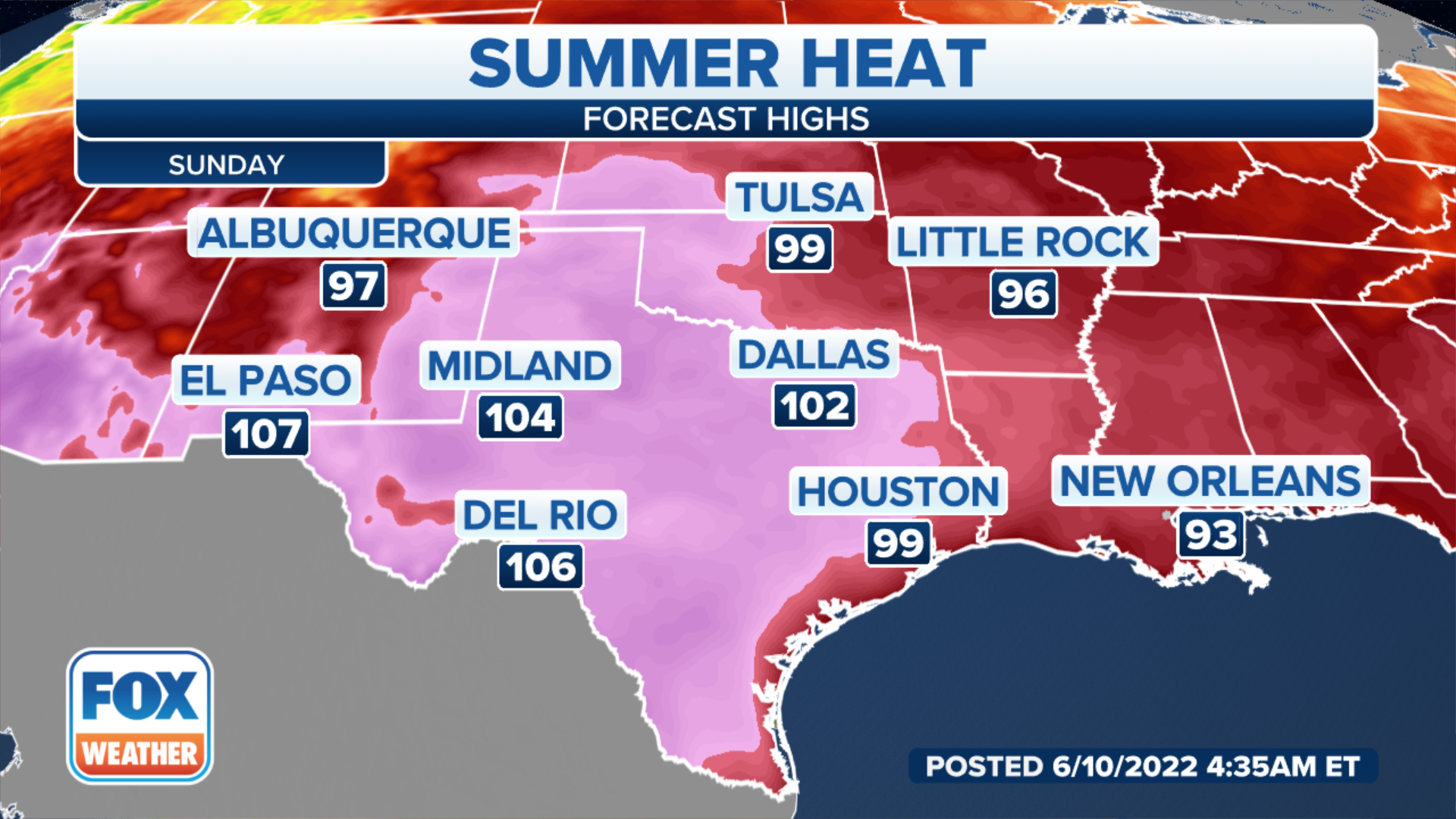 WHAT DOES A 'DRY HEAT' MEAN?

As these temperatures continue to skyrocket, it's imperative to take the proper precautions to stay cool and stay safe.