A summer nor’easter with the threat of producing strong rip currents up and down the East Coast. Maine could see 5-8 foot surf along its coastline.

This storm will meet the criteria for a nor'easter, which is simply a strong low-pressure system off the East Coast that produces northeasterly winds along the coastline. Nor'easters can occur at any time of year but are most common between September and April.

Much like a winter storm, the exact track of the summer nor’easter will significantly affect the intensity of the rainfall and the strength of the winds. A difference of 25 or 50 miles to the east or west could vastly change the storm's impacts.

According to the FOX Forecast Center, a widespread 1 to 2 inches of rain is expected across Maine and parts of northern and eastern New Hampshire, while a half-inch to an inch is possible in eastern Massachusetts and the rest of New Hampshire. Less than a half-inch of rainfall is predicted for western New England. 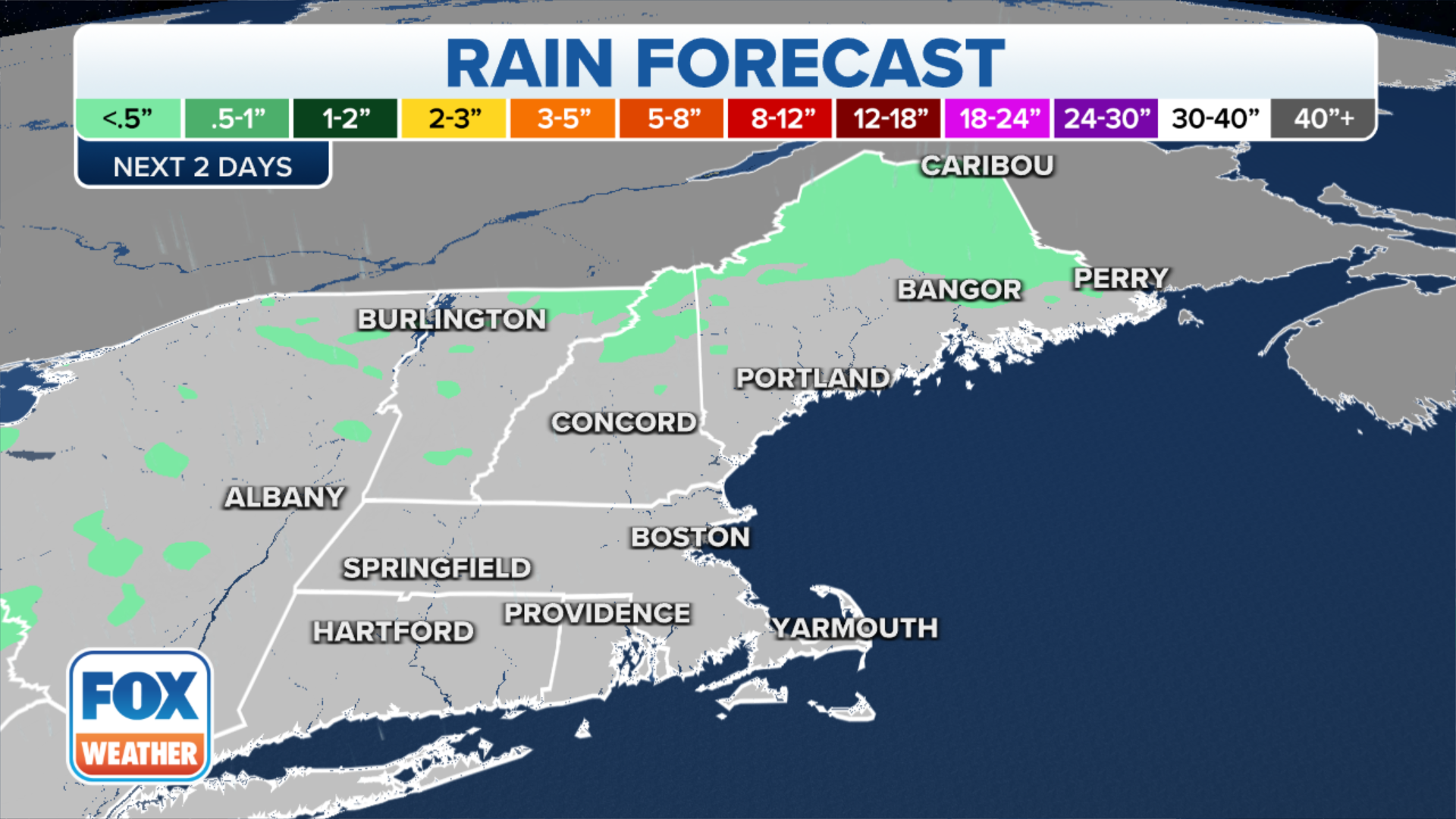 In addition to the rain, coastal communities from Massachusetts to Maine could see wind gusts between 20 and 40 mph. A Wind Advisory has been issued by the National Weather Service for Cape Cod and Nantucket, where gusts could top 45 mph at times.

The gusty winds will also churn up the surf along many New England beaches. A High Surf Advisory is in effect from the coast of southern Maine to Cape Cod and Nantucket because of the potential for 5- to 10-foot breaking waves.

These conditions are similar to those from a tropical storm, but because of how the nor'easter is structured and where it is getting its energy from, it will never earn a name.

WHAT MAKES A STORM A NOR’EASTER? 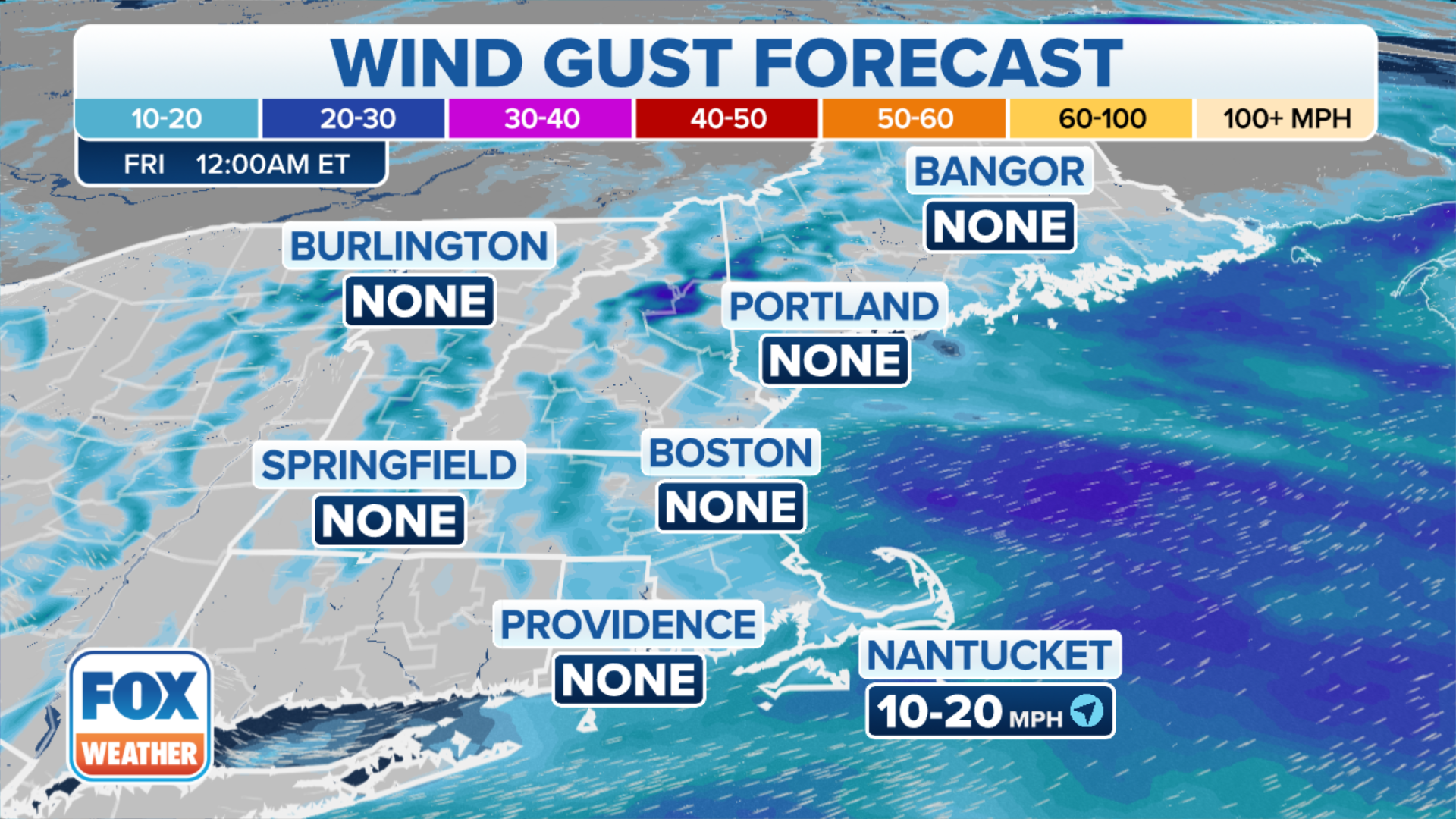 The one piece of good news is that the coastal storm will bring some drought relief to the parched region.

The entire state of Rhode Island, 95% of Massachusetts and 75% of Connecticut are currently experiencing drought conditions.

Many communities have a deficit of about a half-foot of rainfall, so any precipitation is welcome news.

HOW TO WATCH FOX WEATHER TV 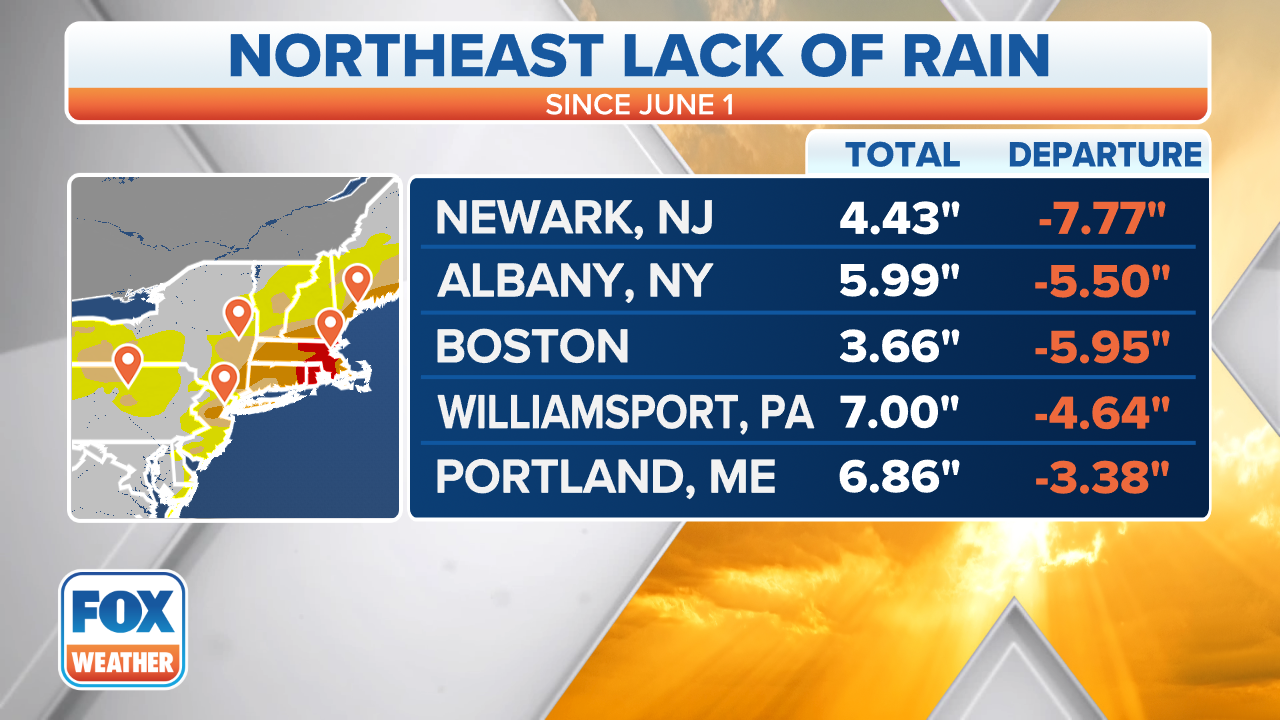 Rainfall totals and departures from average in the Northeast since June 1.
(FOX Weather)

The nor'easter's rain and wind impacts will likely cause problems for travelers at Boston’s Logan International and other airports in New England through Thursday.

"It's not going to be a fun day to do any sort of flying, so I am expecting to see the number of delays as well as cancellations popping up across New England later on today and into even tomorrow," said FOX Weather meteorologist Jason Frazer.

But a benefit of the widespread clouds and rain will be the reduction in temperatures.

Highs will be kept in the 70s region-wide through Thursday until the coastal storm pushes far enough offshore to reduce impacts.