The heaviest snow is expected to fall around the Great Lakes with some spots possibly seeing more than half a foot of snow.

A low-pressure system that's expected to bring a multiday severe weather outbreak to parts of the South is first bringing more snow from the Rockies to the Great Lakes.

Snow is expected to move into the Denver area and parts of southeastern Colorado as the day continues and eventually move into parts of the Texas and Oklahoma panhandles and western Kansas. 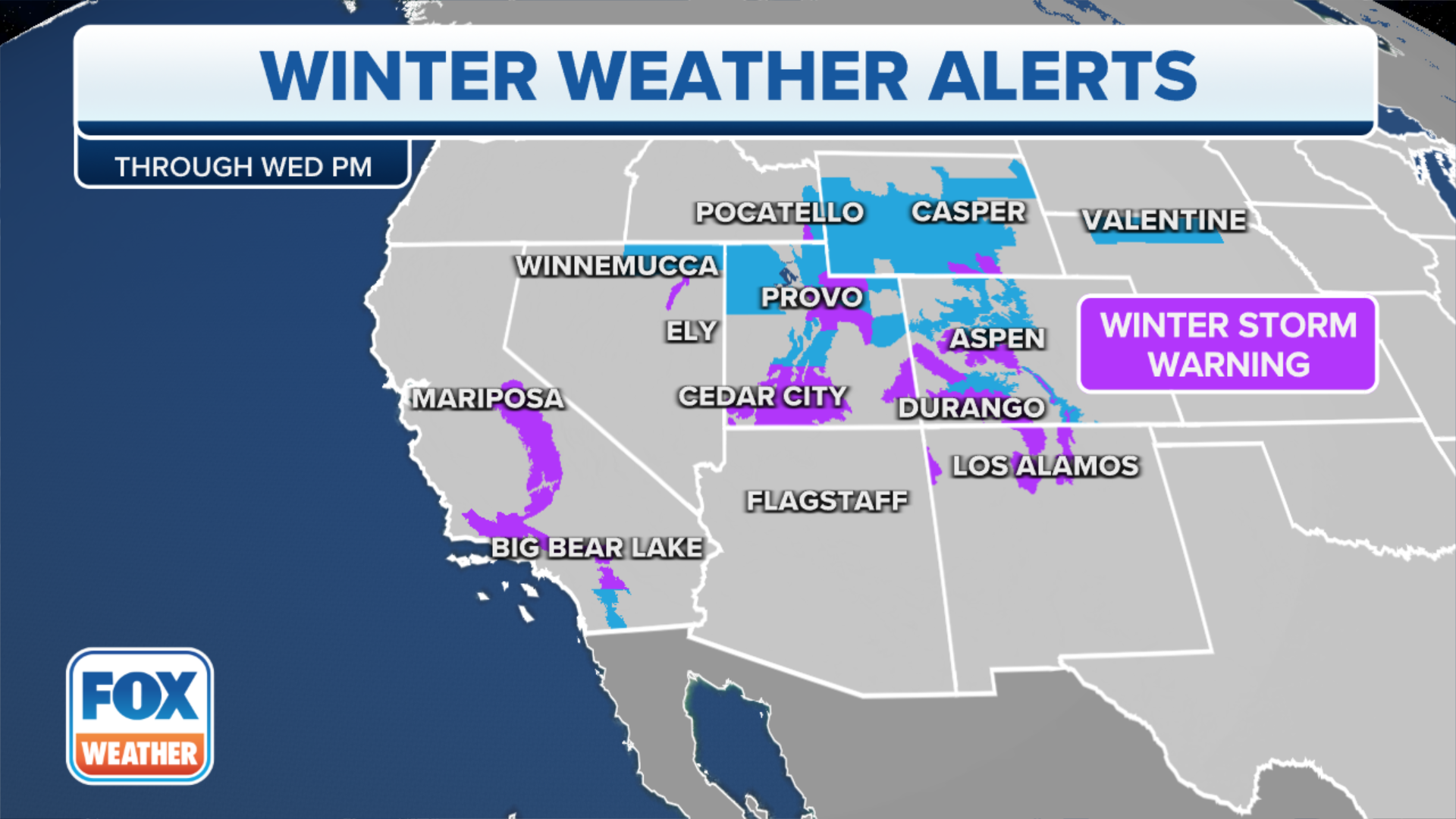 As a result, Winter Storm Warnings have been issued through Monday evening for parts of southeastern Colorado, including the cities of Westcliffe, La Veta Pass, Trinidad and Kim.

Those warnings extend into extreme northeastern New Mexico, including the Raton and Clayton areas.

Winter Weather Advisories have also been issued for areas just outside Denver and Boulder, Colorado, and the Akron, Limon and Eads areas.

In eastern Kansas, the Goodland and Dodge City areas are in the Winter Weather Advisories until Monday evening, as well as the Texas and Oklahoma panhandles from Guymon, Oklahoma, south to the Amarillo, Texas area. 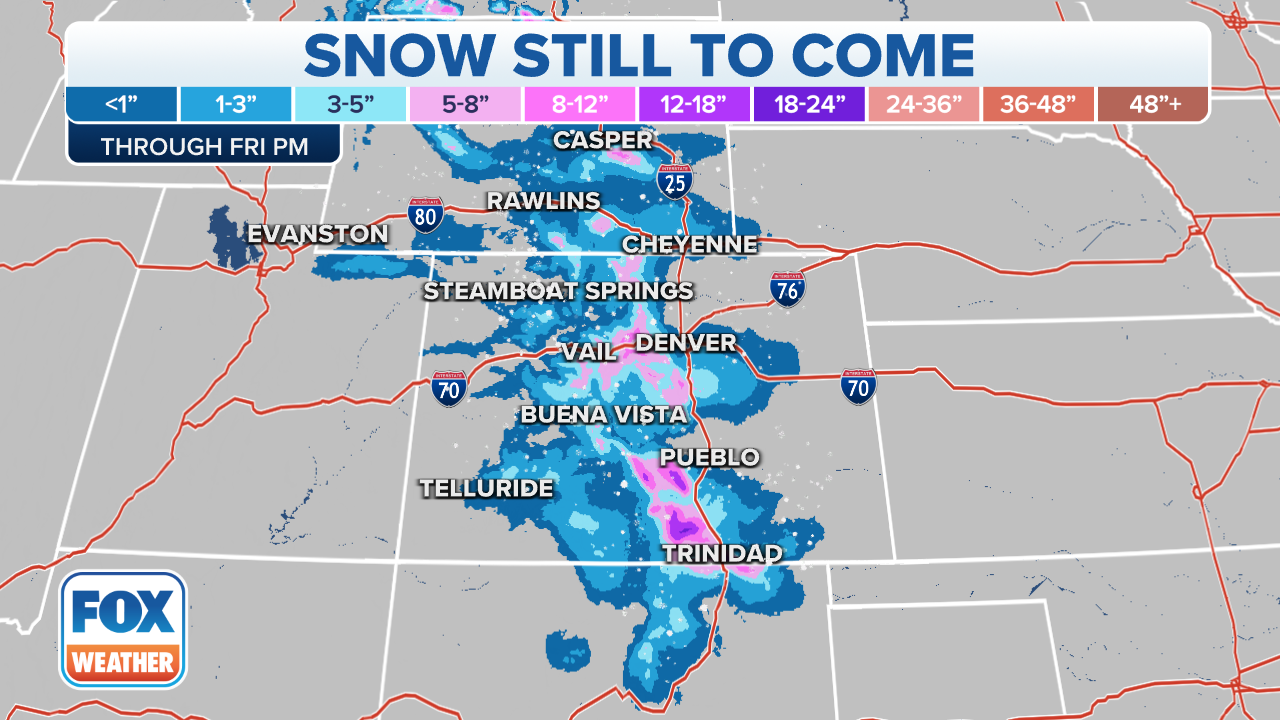 We're not expecting a major event for the region in terms of snowfall totals, but travel could be a bit difficult.

The Denver area could pick up a few inches of snow through Tuesday, but higher totals can be expected in southern and southeastern Colorado, including the Pueblo areas.

A general 1 to 3 inches could fall from central and eastern Kansas, southward through the Oklahoma and Texas panhandles as well.