Upper Midwest, Great Lakes expected to get snow as some areas under Winter Storm Warning

Generally light to moderate snow and freezing rain accumulations are possible across northern Minnesota and the northern Great Lakes.

On the northern side of the weather system that spawned a severe weather outbreak across the South over the last couple of days, colder air will overlap with the moisture and produce snow and ice from the upper Midwest to the interior Northeast.

Winter weather alerts are in effect for parts of the upper Midwest and northern Great Lakes.
(FOX Weather)

The worst impacts will be felt in the Arrowhead of Minnesota and the Upper Peninsula of Michigan, where heavy, wet snow will combine with gusty winds to yield dangerous travel conditions on Wednesday.

A few inches of snow could also create slick roads in other parts of the upper Midwest and northern Great Lakes into Wednesday evening. 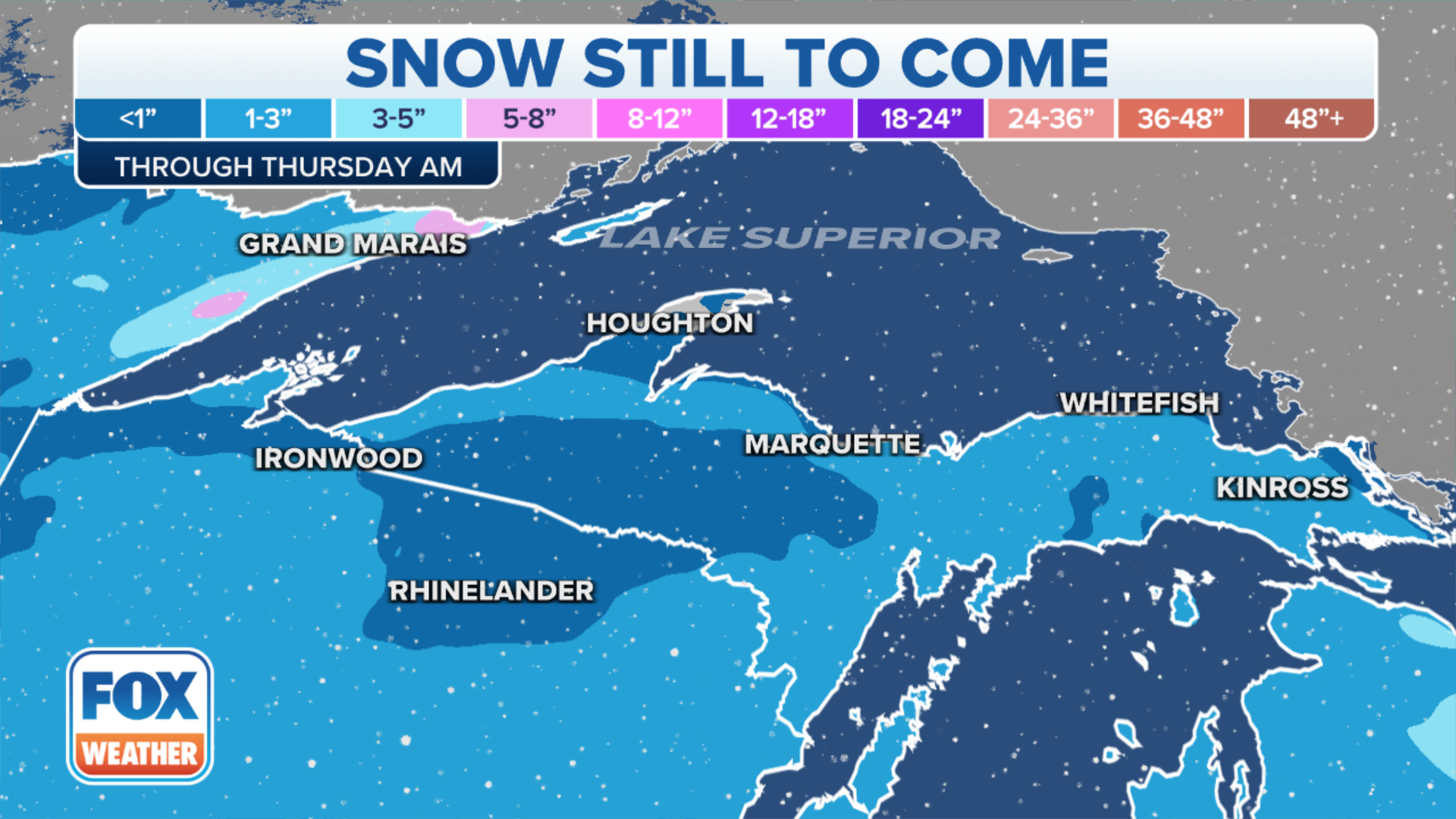 As this storm system reaches the interior Northeast Wednesday night and Thursday, freezing rain will break out in the higher elevations.

The NWS has issued Winter Weather Advisories for the Catskills and Adirondacks in New York, the hills of northwestern Connecticut, the Berkshires and Worcester Hills in Massachusetts and portions of Vermont, New Hampshire and northern Maine.

7 THINGS TO KNOW ABOUT FREEZING RAIN

Winter weather alerts are in effect for parts of the interior Northeast.
(FOX Weather)

Between one-tenth and one-quarter inch of ice accretion will make travel extremely treacherous in these areas. Heavy snow could also pile up in parts of northern Maine.

Warmer temperatures for the major population centers of the Northeast will yield all rain for the Interstate 95 corridor from Boston to Washington. 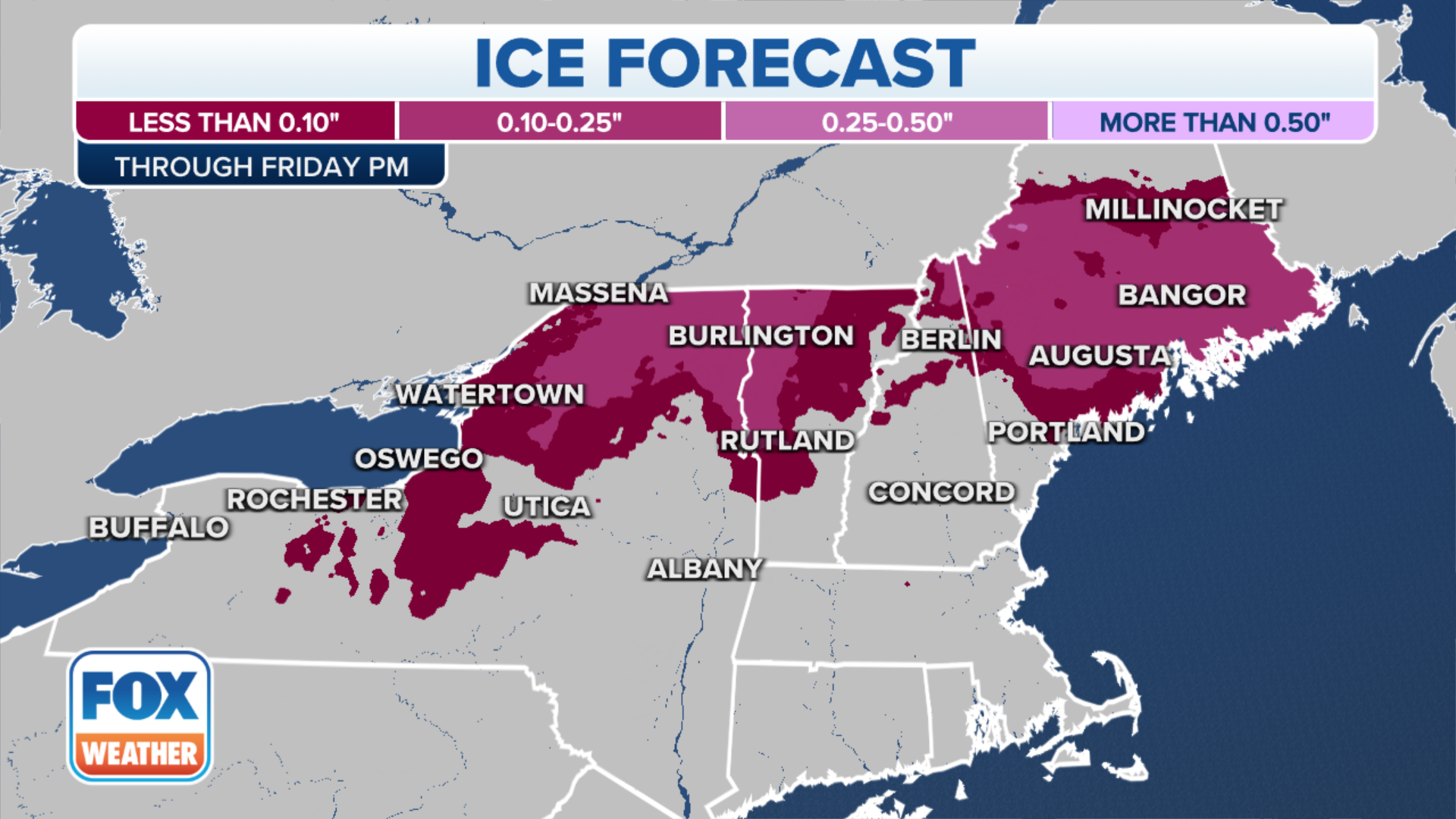