Rain, thunderstorms possible in the Ohio Valley on Sunday

More rain will slide toward the central Appalachian Mountains on Sunday, where it may impact areas of eastern Kentucky devastated by flooding two weeks ago.

An area of low pressure and an associated cold front will drop into the western Ohio Valley on Sunday, bringing with it the chance for showers and thunderstorms.

According to the FOX Forecast Center, the rain will slide into the central Appalachian Mountains on Sunday and could impact areas of eastern Kentucky recently devastated by flooding.

However, the bulk of the energy will be seen in West Virginia. 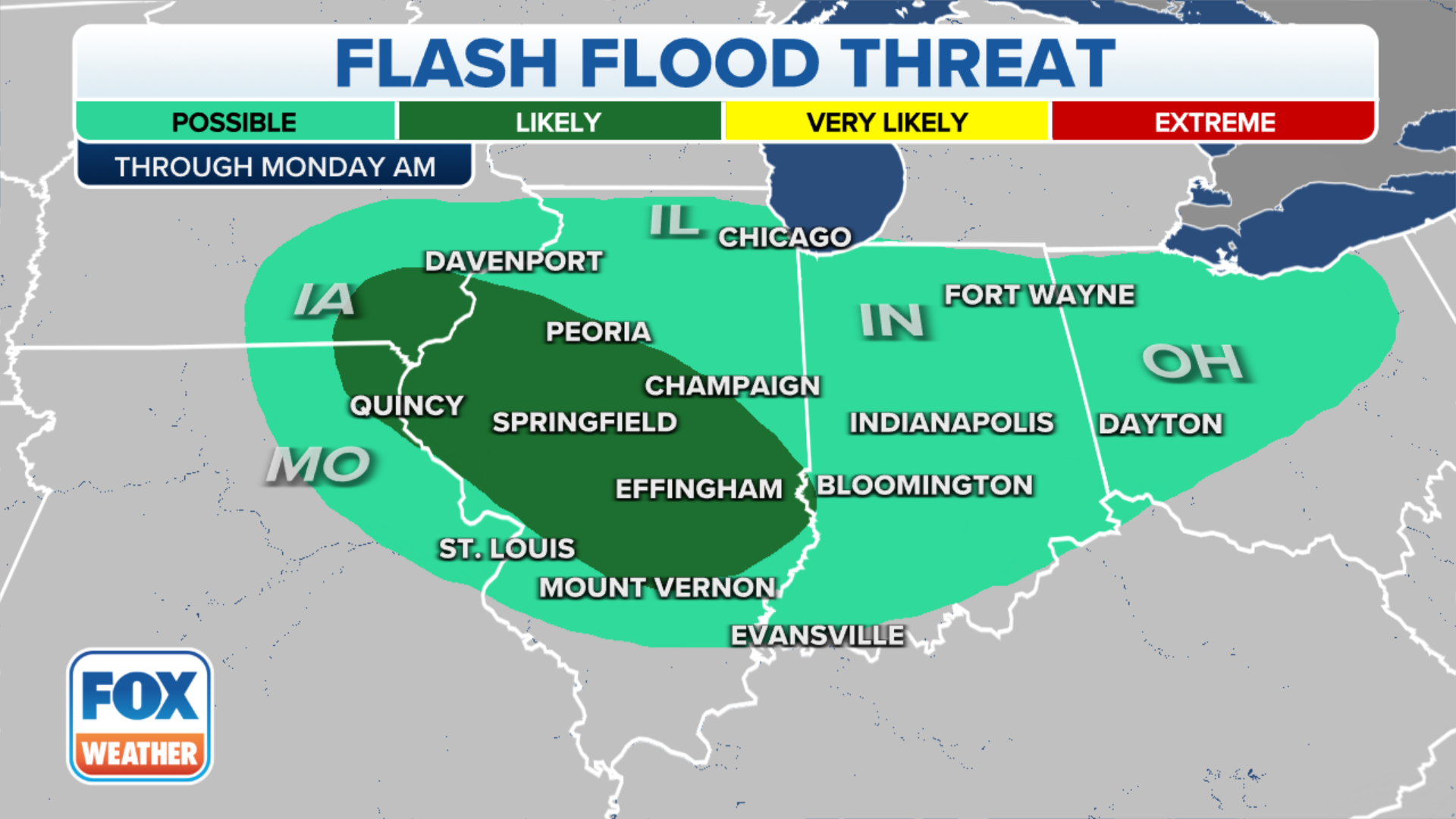 "What happens over the hills of West Virginia could be the most concerning over that this cold front does," FOX Weather meteorologist Amy Freeze said. "While the showers could dissipate in a lot of these areas, we get the downpours here in the hills and Appalachians, other rolling high elevation surfaces where the water can roll down quickly and create some big problems.

Areas where flooding concerns are highest include parts of western Virginia, eastern and southern West Virginia, western Maryland and parts of south-central Pennsylvania. 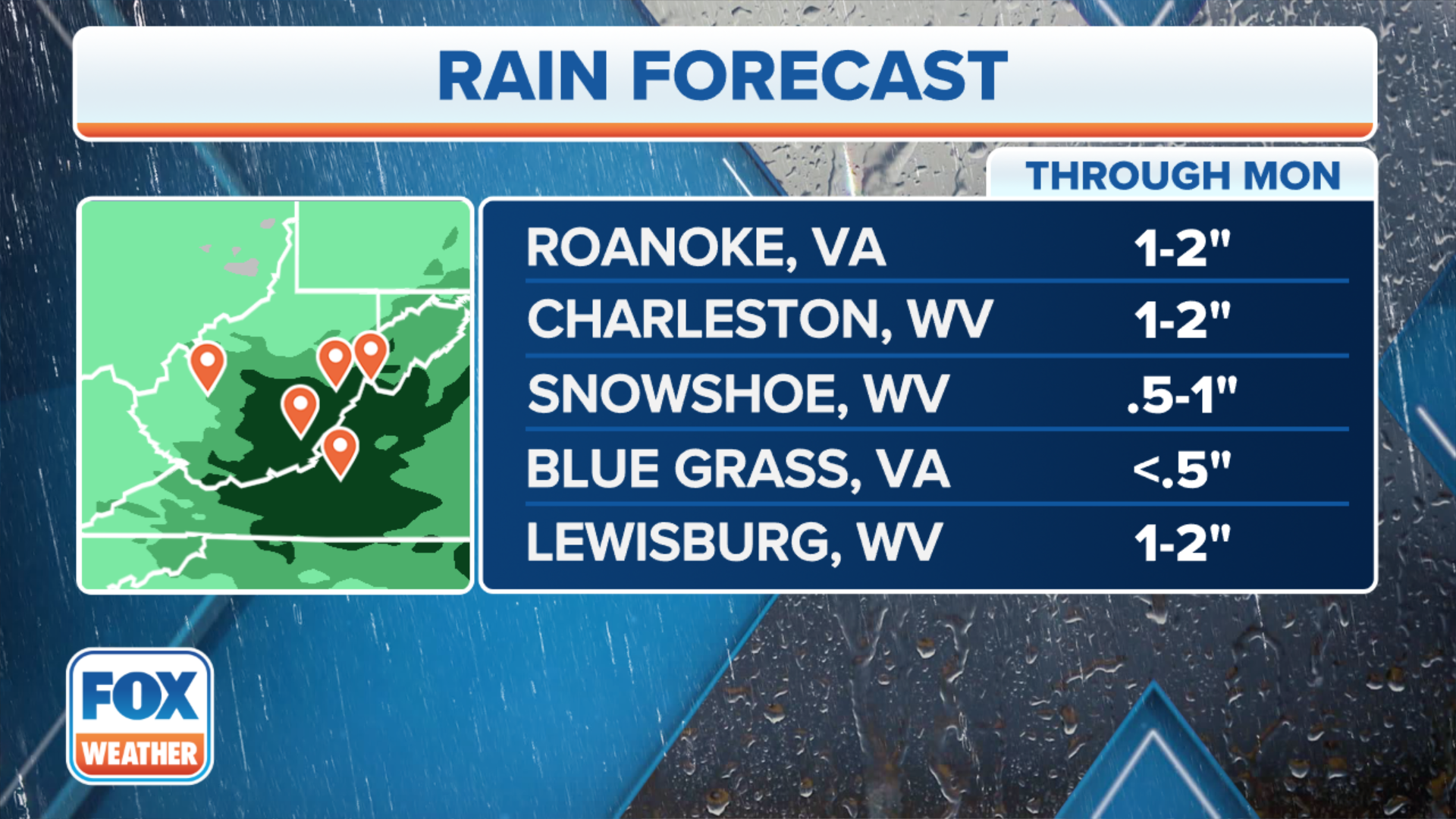 Most areas of the region will see less than a half-inch of rain from this event.

Roanoke, Virginia and Charleston, West Virginia, should only see a half-inch to an inch of rain.

Other areas, like Snowshoe, West Virginia and Blue Grass, Virginia, will see less than a half-inch of rain through Sunday.