The extreme heat building in the Plains and an incoming cold front will fuel a severe weather threat, bringing the possibility of damaging winds, large hail and even some tornadoes on Sunday. 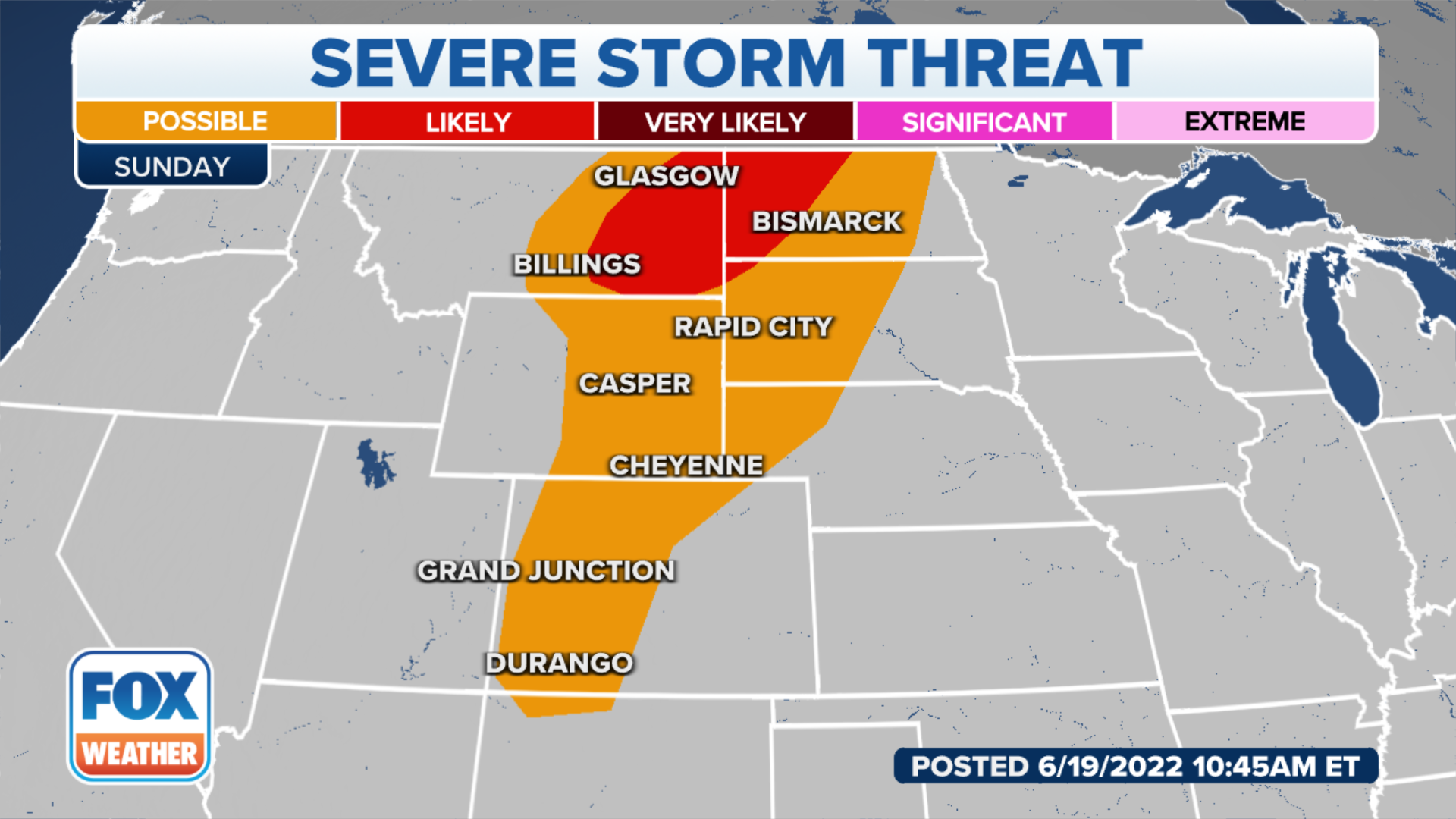 The threat of strong to severe thunderstorms extends across an area from the Northern Plains through the Rockies, but NOAA's Storm Prediction Center has highlighted an area across eastern Montana and northwestern North Dakota as an area with a higher risk of severe weather.

In Montana, the threat includes cities like Billings, Glasgow, Miles City and Glendive.

Other cities that need to keep an eye on the sky include Bismarck, North Dakota, Pierre and Rapid City in South Dakota and Cheyenne, Wyoming. 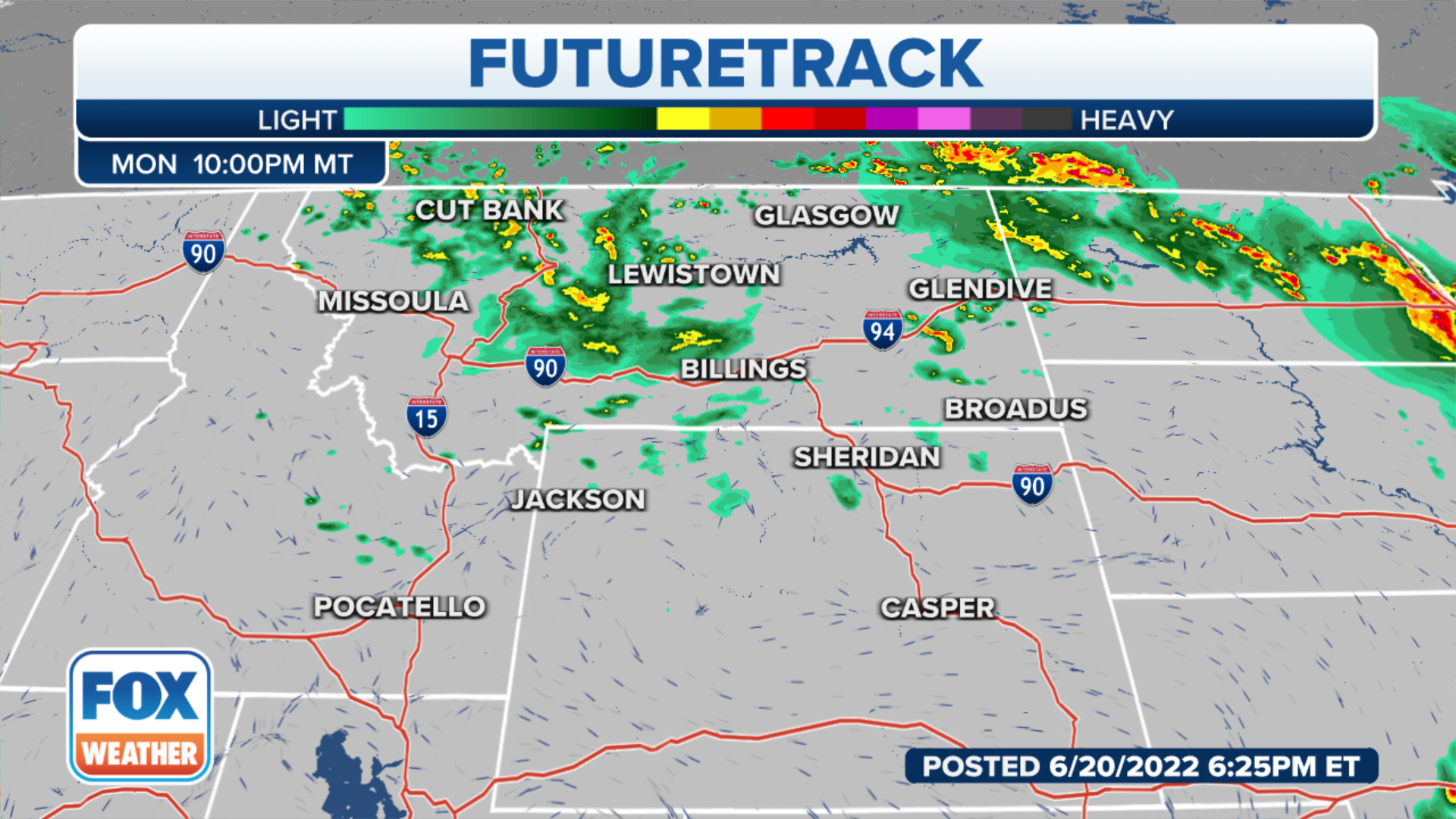 What the radar could look like as we get into Sunday afternoon and evening.
(FOX Weather)

The SPC says that as a cold front moves east through the region into Montana and Wyoming during the afternoon hours, heating and destabilization will allow thunderstorms to develop.

More widespread thunderstorm development is expected across southeastern Montana, but as the day continues and heat builds, storms will also begin to fire up in western North Dakota.

Hail could be a threat across the region in any of the severe thunderstorms that pop up on Sunday.

The highest threat exists across eastern Montana, most of North Dakota and northwestern South Dakota.

However, there is the threat of hail larger than 2 inches in eastern Montana, including the cities of Glendive and Miles City, as well as western North Dakota. Cities under the threat of large hail there include Minot and Dickinson. 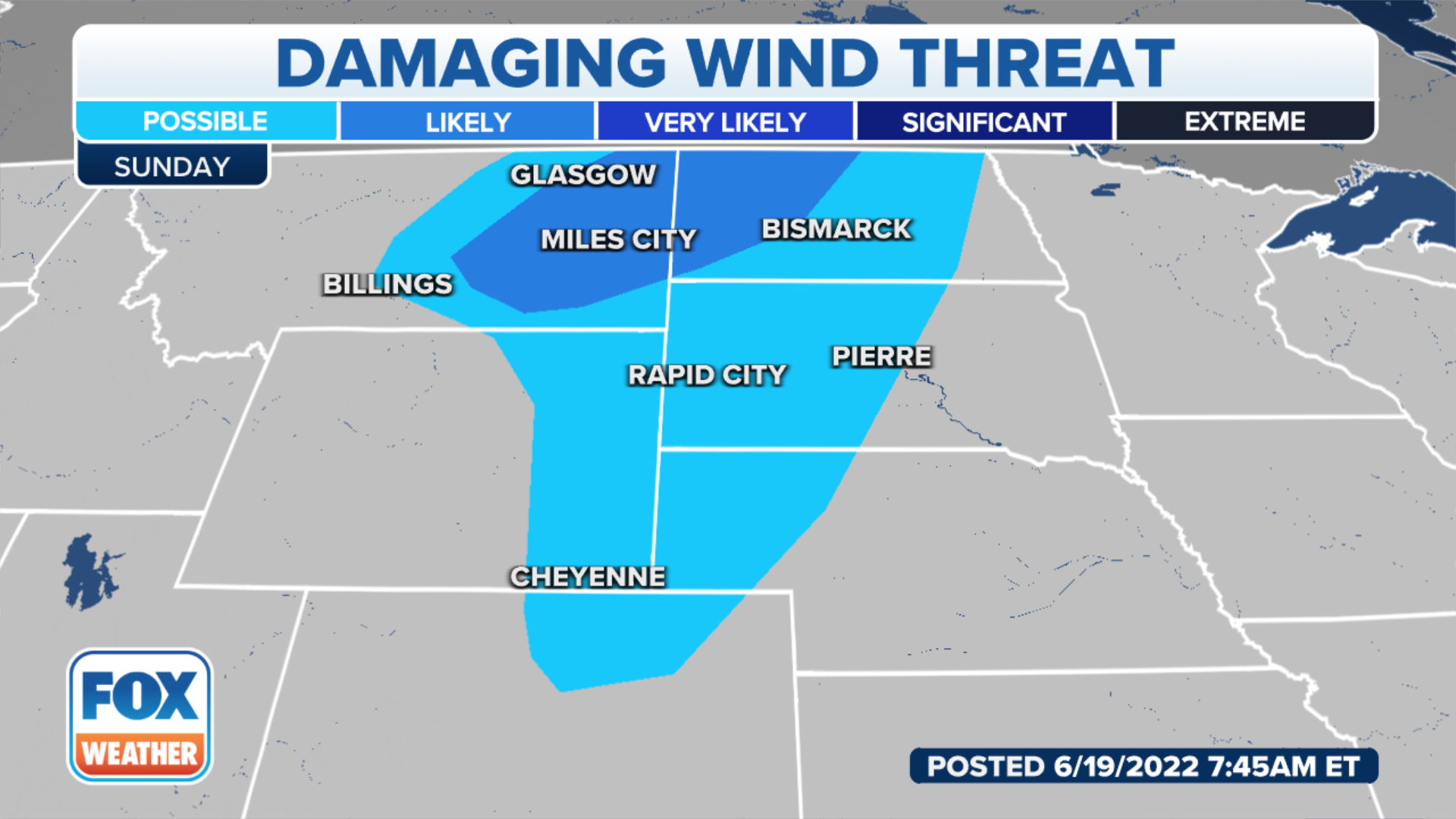 The threat for damaging wind on Sunday, June 19.
(FOX Weather)

Damaging winds are always a concern during severe weather, and strong winds could bring down trees and power lines if strong storms pop up on Sunday.

The threat of damaging winds extends from Montana and the Rockies across the Plains, but the threat is highest across eastern Montana and northwestern North Dakota. 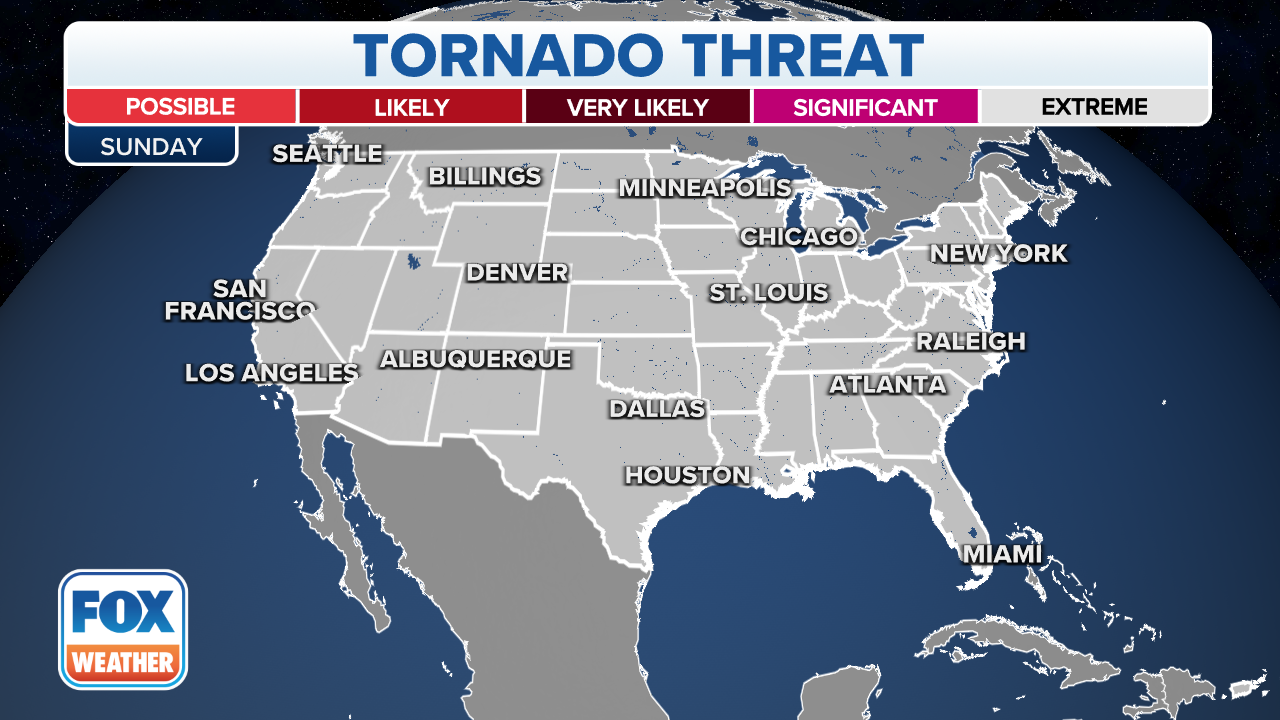 The threat of tornadoes on Sunday is relatively low, but a twister could develop in some of the stronger storms that develop.

Areas seeing a higher risk of large hail and damaging wind will also see the threat of tornadoes increase.

This threat includes the cities of Miles City, Glasgow and Glendive in Montana.

Williston and Minot in North Dakota could also see a tornado during the severe weather on Sunday.