Meteorologist Brigit Mahoney shows us where the the biggest threat for tornados lies and tells us who could see 2 inches of rain.

Millions of people from the Ohio Valley to the Great Lakes and Northeast will need to keep an eye on the sky Wednesday afternoon and evening as a cold front sweeps across the region, bringing the threat of severe thunderstorms, flash flooding, large hail and possible tornadoes.

While we saw a few storms across central Illinois and parts of the Ohio Valley on Wednesday morning, the FOX Forecast Center expects the bulk of the strong to severe thunderstorm activity to fire up as we get deeper into Wednesday afternoon and evening. 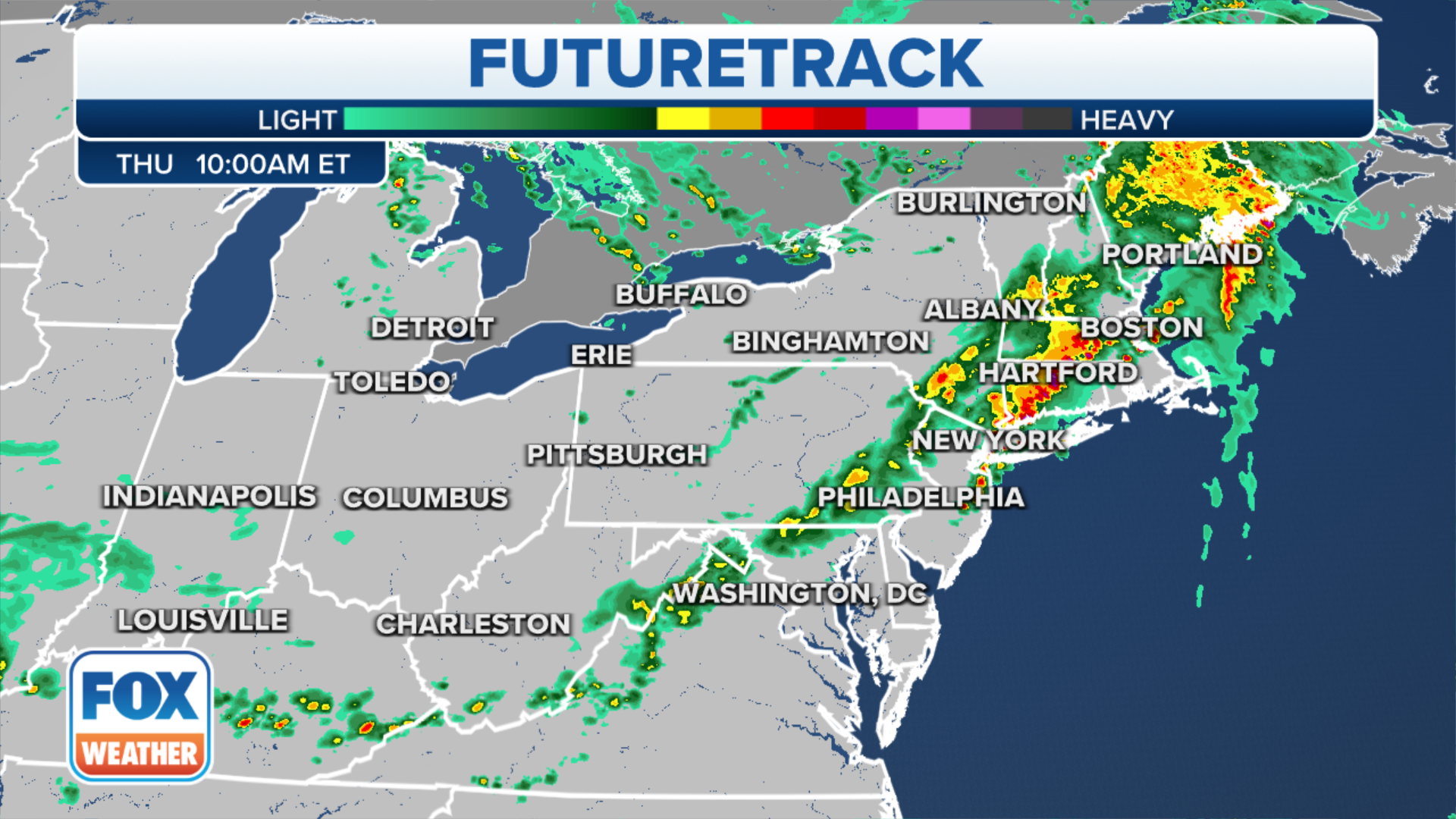 As the day continues, the storms will fire up and grow in intensity as they sweep across areas from eastern Ohio and western Pennsylvania to western and central New York state. 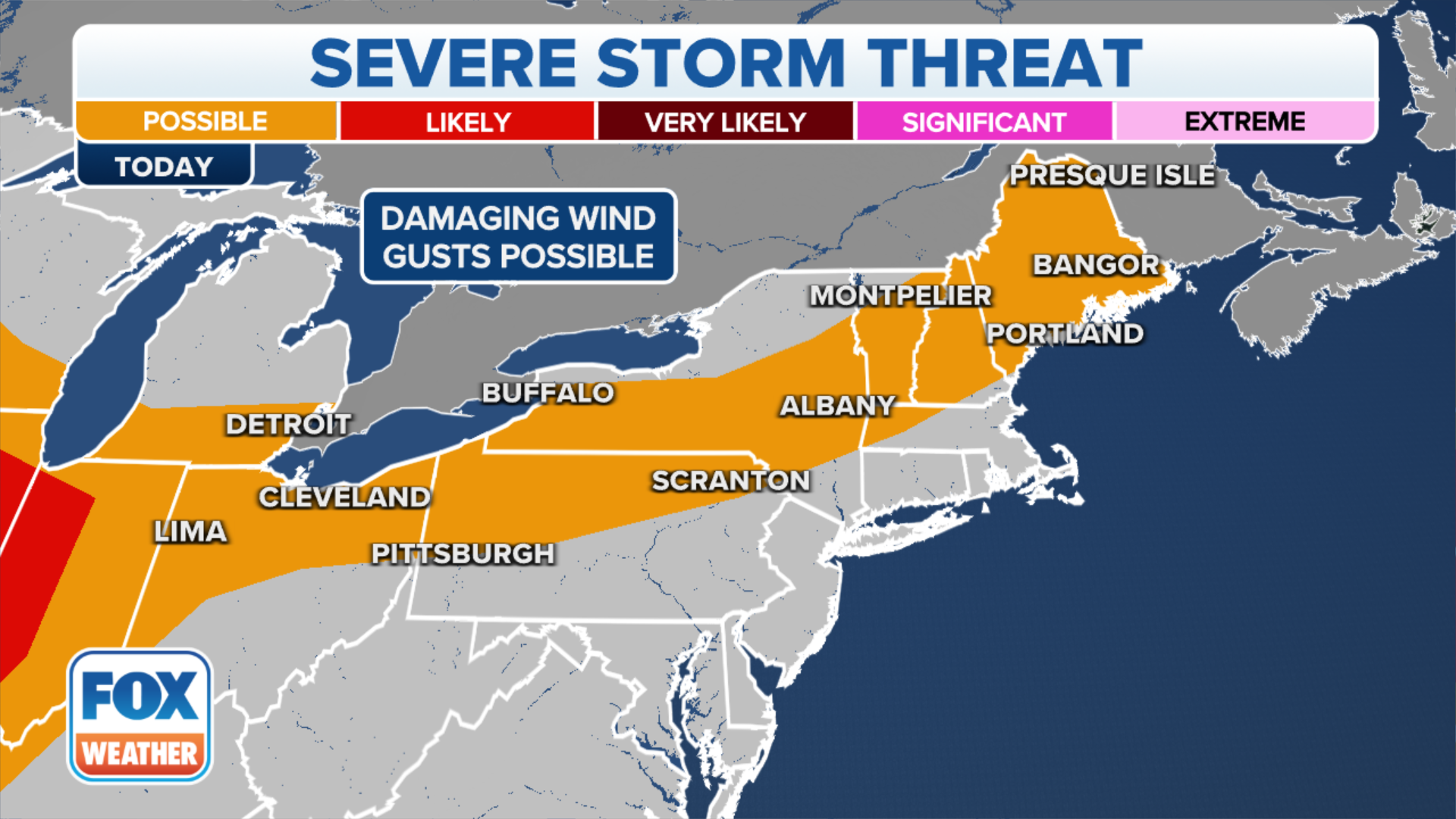 The severe thunderstorm threat extends from the Ohio Valley to the Northeast on Wednesday.
(FOX Weather)

Damaging winds and large hail are the main threats that will be associated with any severe thunderstorms that develop on Wednesday afternoon and evening.

However, flash flooding and tornadoes are also possible within any of the stronger thunderstorms.

Cities included in the tornado threat are Cleveland and Columbus in Ohio, as well as Erie, State College and Pittsburgh in Pennsylvania. In New York state, a tornado threat exists in cities like Buffalo, Elmira, Syracuse and Watertown. 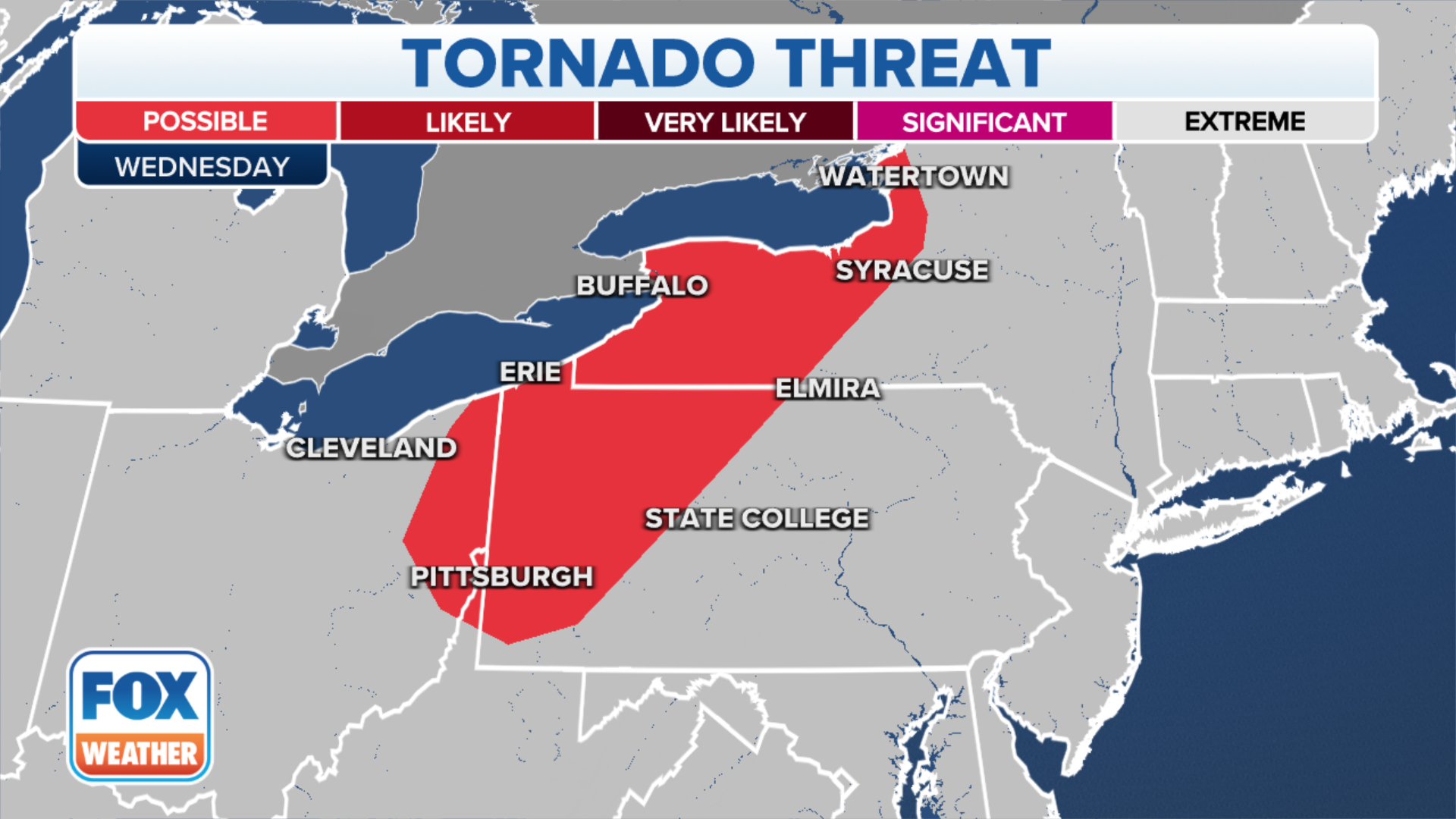 Those same areas also have a higher risk of seeing large hail and damaging winds that will be capable of bringing down power lines and trees.

Any thunderstorms that drop a large amount of rain in a short period of time leaves much of the Ohio River Valley, Western Pennsylvania, Upstate New York and interior New England at risk of flash flooding into Thursday morning. 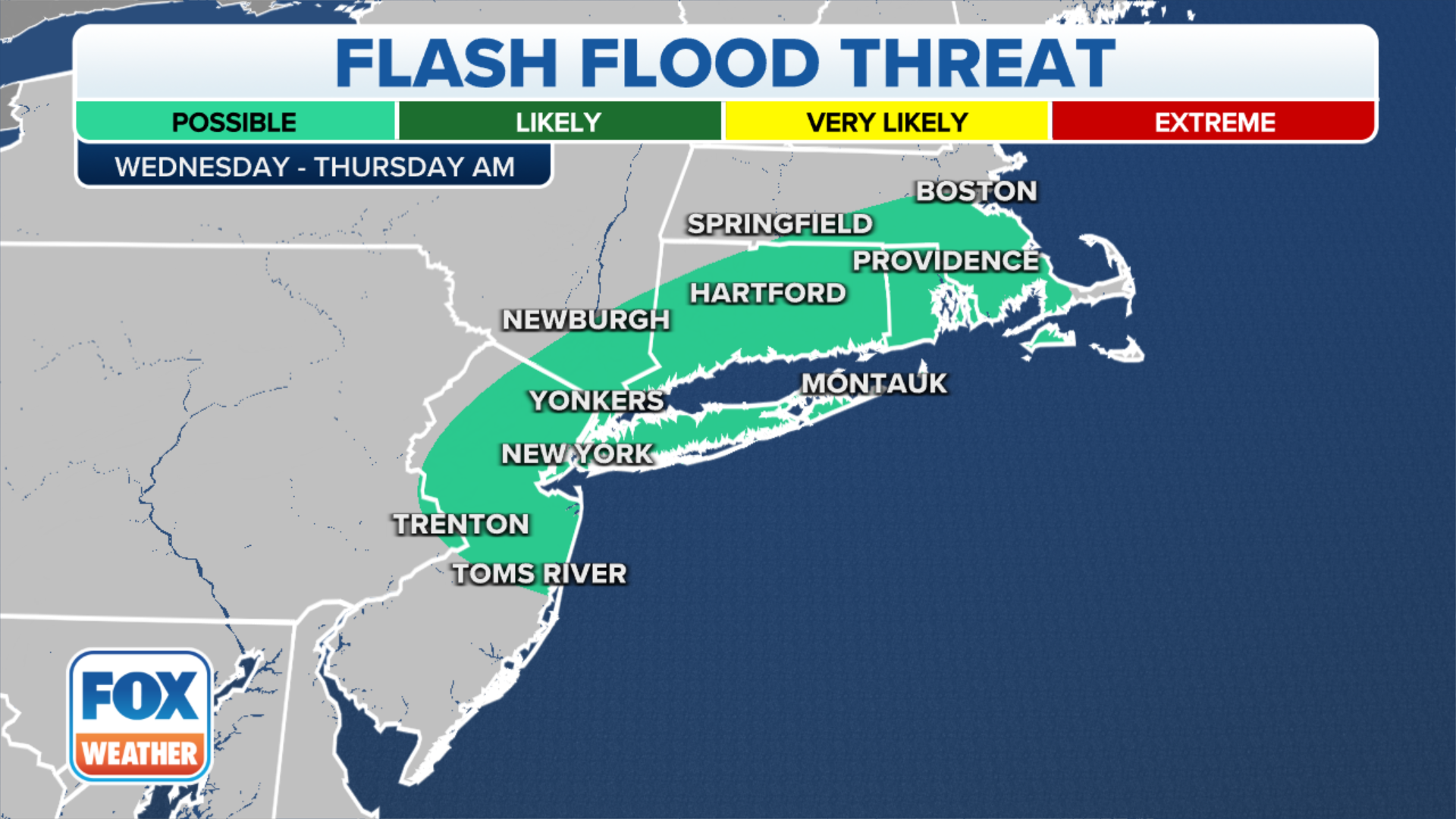