The storm system responsible for the severe weather outbreak over the last three days has now reached the East Coast, where severe thunderstorms could threaten parts of the Interstate 95 corridor on Thursday.

More than 500 reports of severe weather were tallied by National Weather Service offices from the Plains to the Midwest and South between Monday and Wednesday.

This latest outbreak spawned the year's second-strongest tornado so far, an EF-3 twister that injured 23 people in Bell County, Texas, on Tuesday evening. Meteorologists with the NWS office in Dallas-Fort Worth determined the damage was consistent with peak winds of 165 mph, just 1 mph shy of receiving an EF-4 rating.

EF-3 TORNADO THAT INJURED 23 IN TEXAS RATED AS SECOND-STRONGEST IN U.S. THIS YEAR

Video shows damage from a strong tornado on Tuesday in Salado, Texas.

Storms then caused damage throughout the mid-South on Wednesday and were blamed for the death of a woman in Arkansas.

As this system's cold front slides into the eastern U.S. on Thursday, scattered severe thunderstorms could fire up from the Hudson Valley of New York to parts of the mid-Atlantic region.

Damaging wind gusts are the main threat in these areas Thursday afternoon and early evening, though some hail cannot be ruled out. 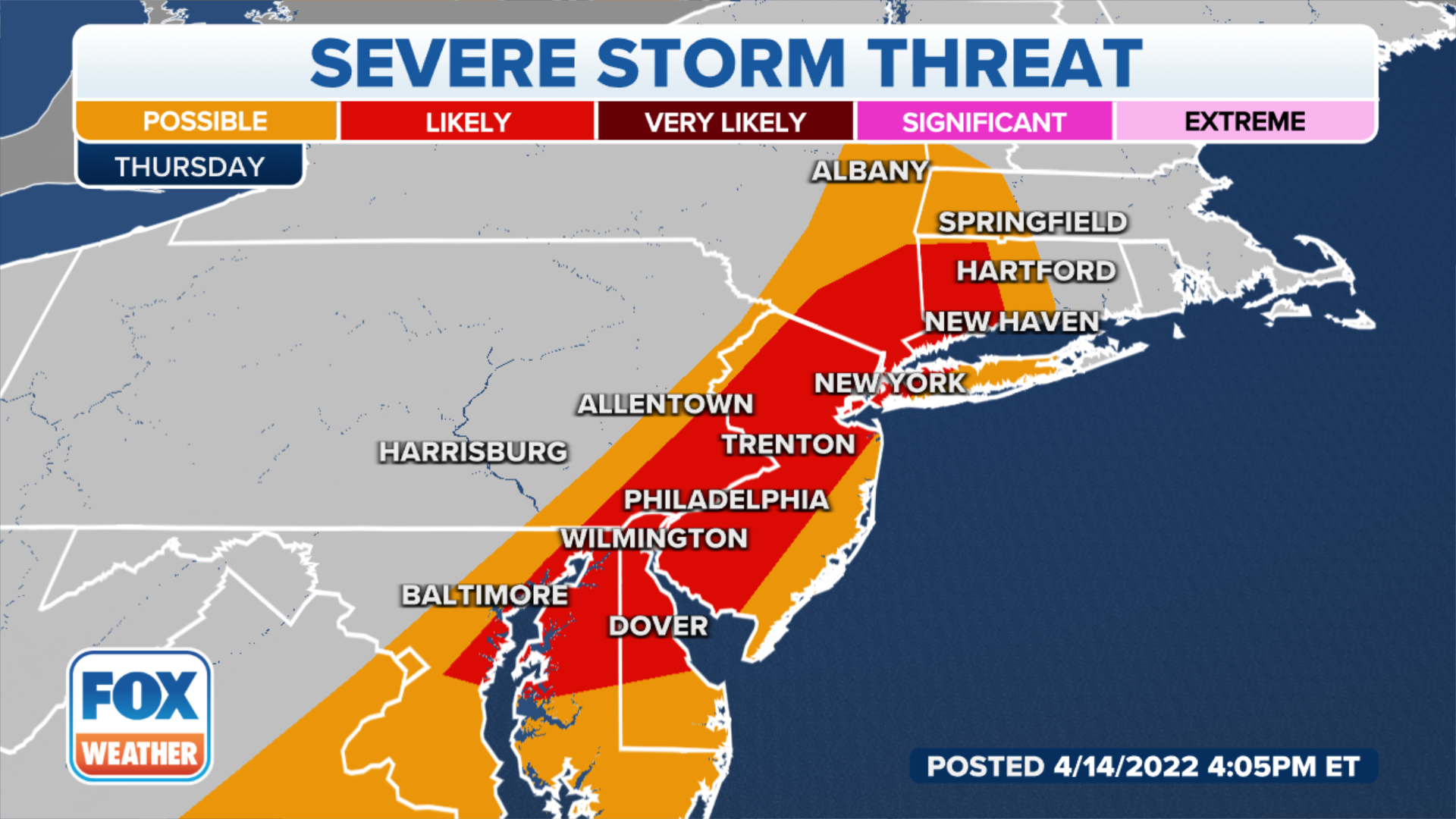 There might also be an isolated severe storm in Virginia and the Carolinas late Thursday afternoon into the evening. The strongest storms in that region will pose risks of damaging winds and hail.

This storm system will finally exit the East Coast on Thursday night. 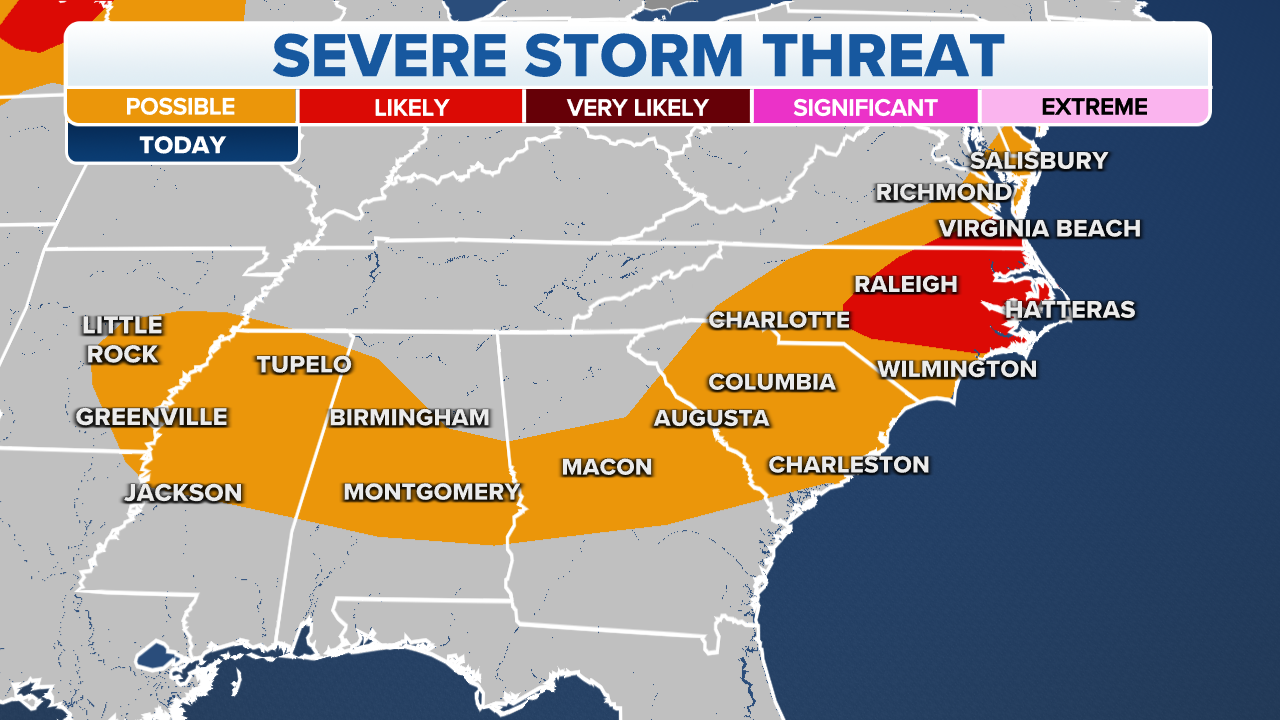