FOX Weather's Katie Byrne with the very latest on the wildfires that we have burning right now across the states.

CAMBRIDGE, Neb. – Crews are still working to contain a large wildfire that started in Kansas last week and spread into neighboring Nebraska.

"Great progress was made on the Road 702 Fire today," said the Nebraska Emergency Management Agency on Monday in a tweet.

The fire has burned 42,425 acres and is 47% contained. Containment is achieved when a control line – natural or manmade features may be used – has been completed around the fire, which can reasonably be expected to stop the fire’s spread, officials said.

"The increase in acreage is due to the addition of a previously-burned finger of fire that was not detected during the MMA flight yesterday. There was no significant new growth on the fire," the Nebraska Emergency Management Agency said.

Crews will continue to patrol and secure the perimeter on Tuesday.

Officials said the Road 702 Fire started on April 22 and grew along a narrow strip of land to the north up the Republican River in Nebraska, quickly covering 28 miles. 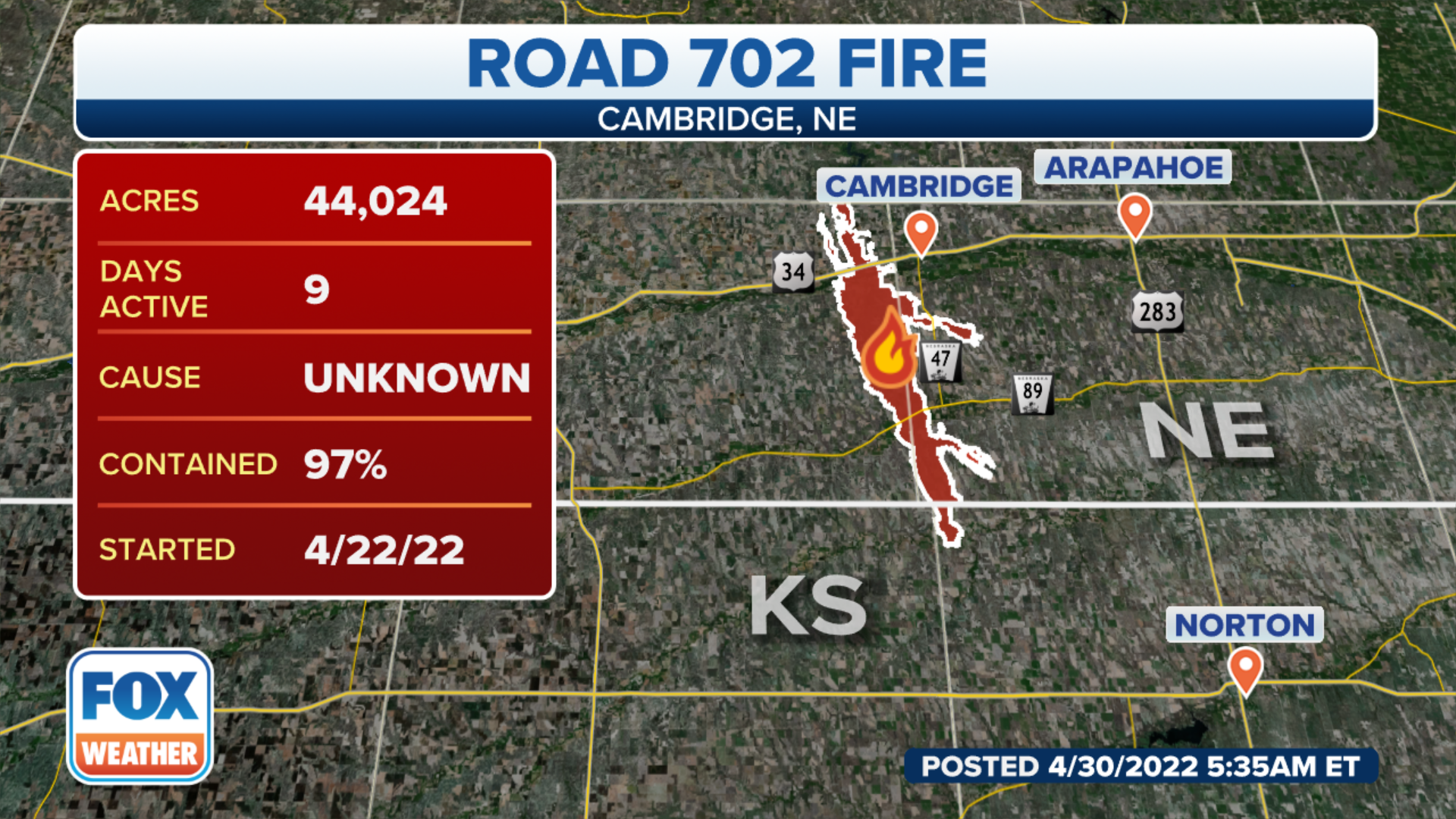 Multiple communities had been evacuated as the fire spread, but those evacuation orders have since been lifted.

Retired Cambridge Fire Chief John Trumble was killed, and 11 firefighters were injured. The Nebraska Emergency Management Agency posted that Trumble was overcome by smoke and fire while working as a spotter in Red Willow County.

Elevated fire conditions are expected through the middle of the week, with near-critical fire weather conditions expected on Tuesday.