The heat plus humidity have prompted Heat Advisories to be issued as heat indices could reach 110 degrees in these areas.

Dangerously hot temperatures have been baking the southern U.S. for the past several days, and now those temperatures will begin to creep north into the Plains and Great Basin as we head into the weekend.

Triple-digit temperatures have been reported across Texas and into the lower Mississippi Valley, setting some all-time records.

Huntsville, Texas, for example, hit an all-time high of 111 degrees earlier this week. The previous record of 108 degrees had stood since 2000, and records go back to 1903. 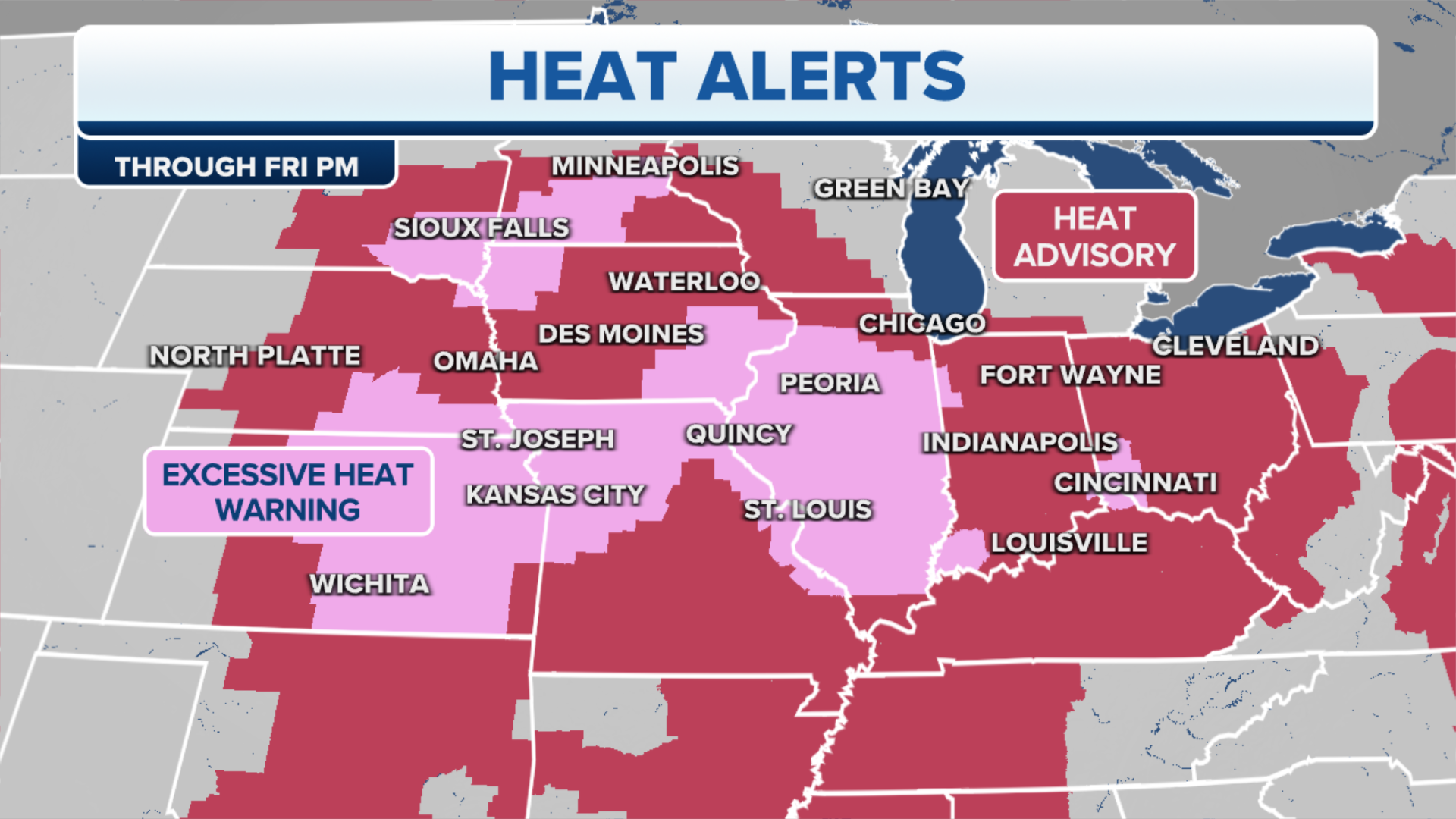 Heat alerts are in effect through Thursday.
(FOX Weather)

Heat alerts remain in effect across most of the Lone Star State through Thursday, but the National Weather Service has now extended the Heat Advisories north into the central and northern Plains.

This is because not only of high temperatures in the upper 90s to mid-100s, but oppressive humidity will make it feel even hotter. 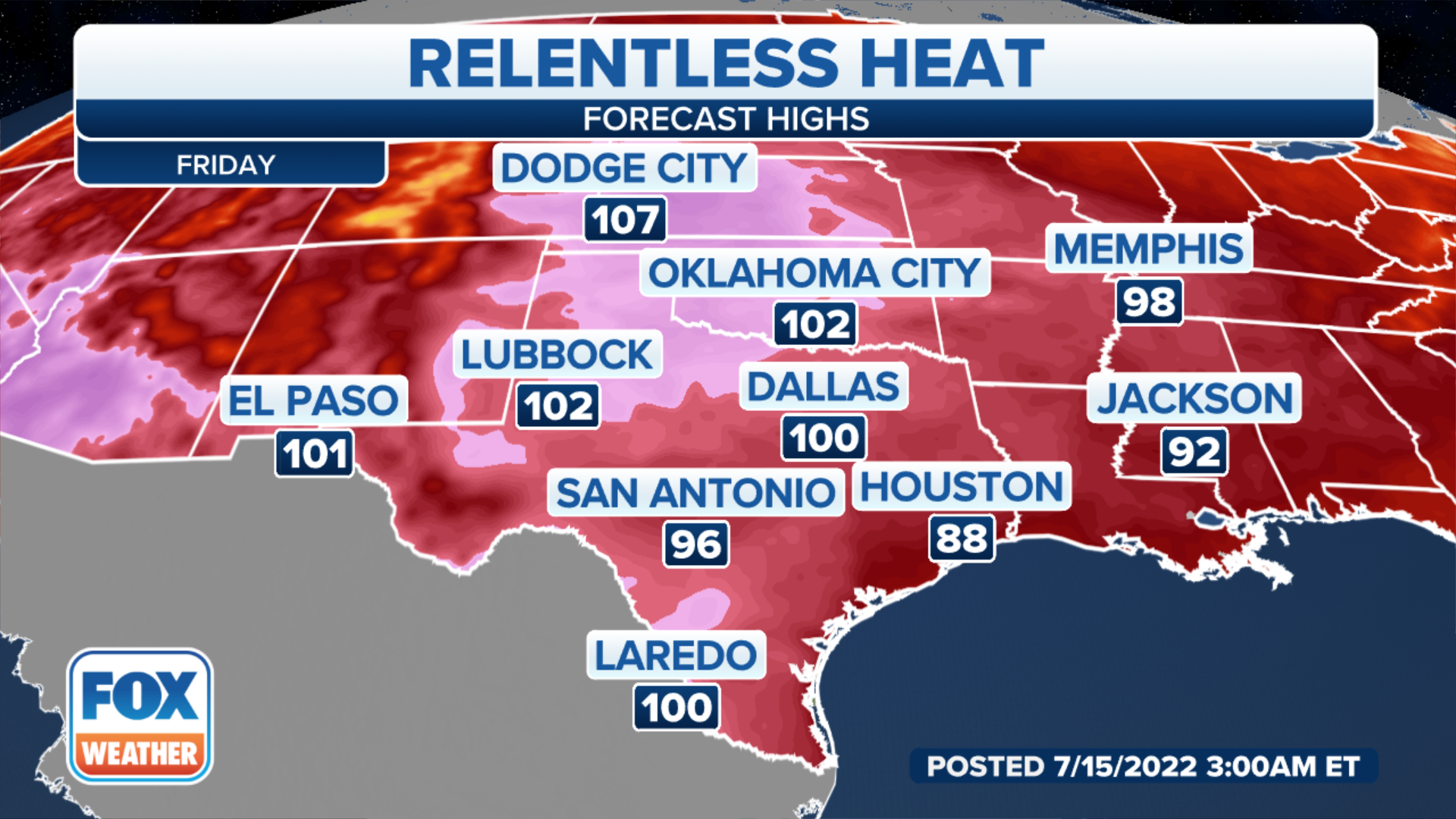 High temperatures in Texas will again range from the upper 90s to higher than 100 degrees.

Closer to the Gulf Coast, however, like Houston, temperatures aren't expected to be as hot. The city has a forecast high temperature on Thursday of 92 degrees.

Dallas will be baking again with a high temperature of about 104 degrees.

San Antonio won't be far behind with a high temperature of 102. And farther south, Laredo will hit about 105 degrees.

"A ridge of high pressure will continue to build up as we head into the weekend and sit over the Four Corners states, bringing all of that warmth into the northern Plains and the Rockies," said FOX Weather meteorologist Jane Minar. "We are expecting those temperatures to jump well above average into the weekend." 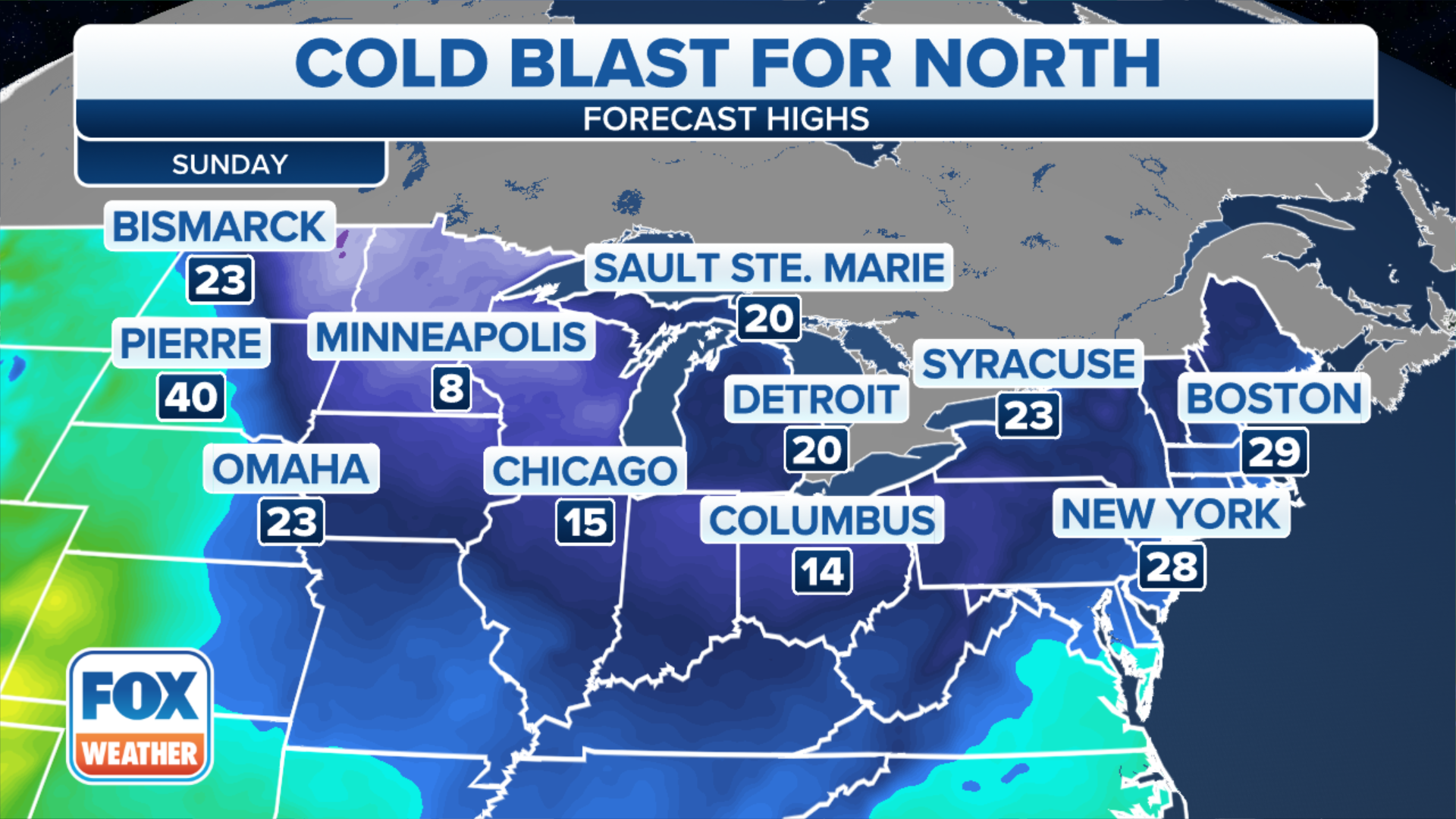 Temperatures in the Plains will begin to rise on Thursday, with some areas seeing highs well above 100 degrees.

North Platte, Nebraska, for example, will hit 107 in the afternoon, with other communities in the region feeling the same.

Rapid City, South Dakota, is expected to see a high temperature of around 95 degrees – not as extreme as farther south, but still hot.

In the Pacific Northwest, temperatures will also be in the 90s and 100s.

Boise, Idaho, is expected to reach about 102, with Yakima, Washington, hitting 95 degrees.