Elevated to critical fire danger remains across parts of the Southwest through the remainder of the week. Unfortunately, no rain is in the forecast and several large fires continue to burn across the Southwest.

LAS VEGAS, N.M. - Crews are continuing to make progress in containing and extinguishing a massive wildfire that has been burning outside Las Vegas, New Mexico, for more than a month.

In their daily update, officials said the Hermits Peak and Calf Canyon Fire continues to grow and has now burned 312,057 acres of the New Mexico landscape.

The good news is that firefighters continue to gain ground and have contained 46% of the fire so far. 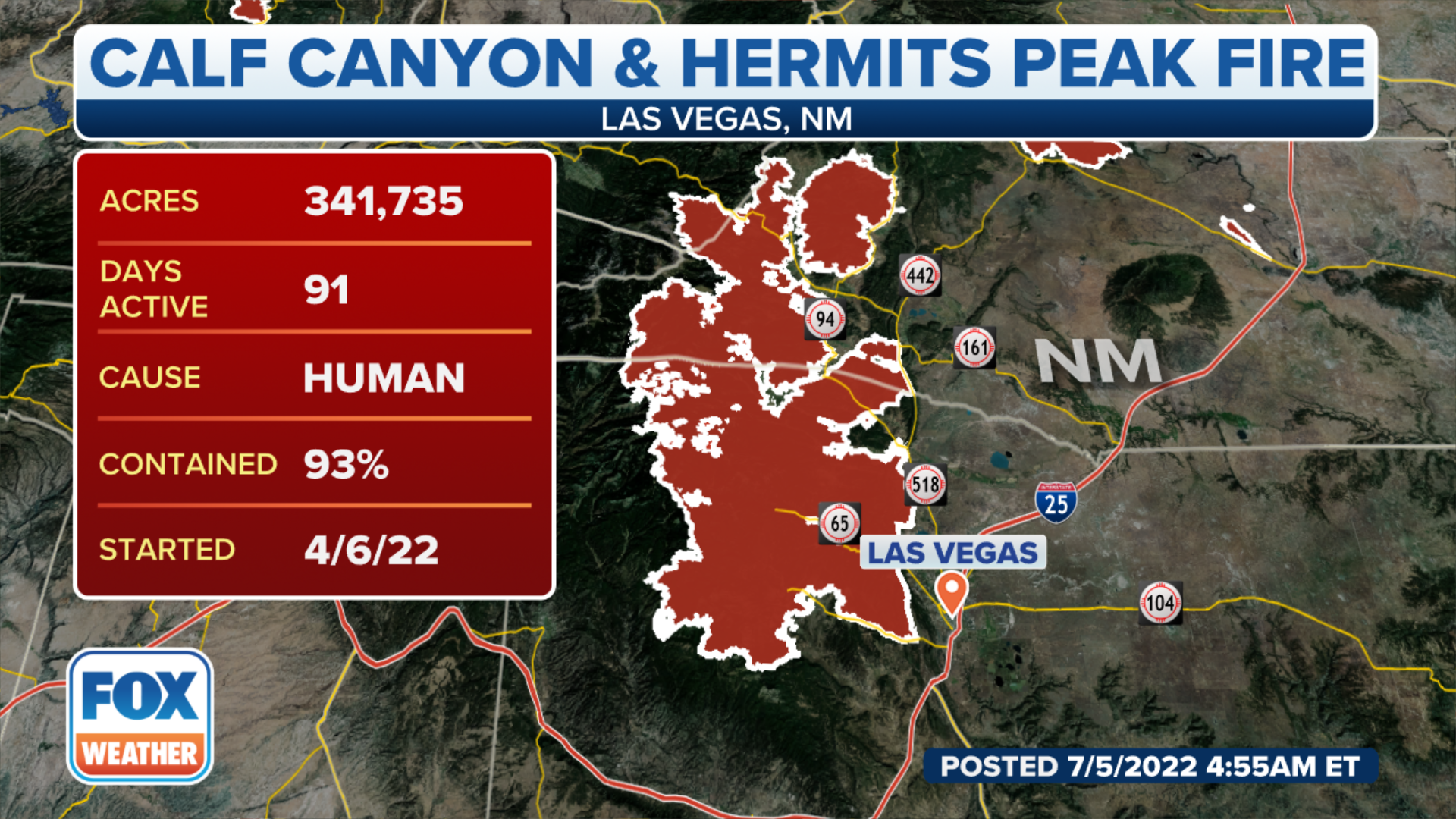 The Hermits Peak Fire began as a prescribed burn that got out of control and spread rapidly.

The cause of the Calf Canyon Fire remains under investigation.

Both fires were burning separately but merged into one large fire last month.

Thousands of residents have been forced to leave their homes because of the fire’s spread. Officials said residents of San Miguel, Mora, Taos, Colfax and Santa Fe counties should remain on high alert for any changes to evacuation statuses and road closures in the region.

Officials said some residents are being allowed to return to their homes as progress is made on containment, and evacuation statuses are being reduced. 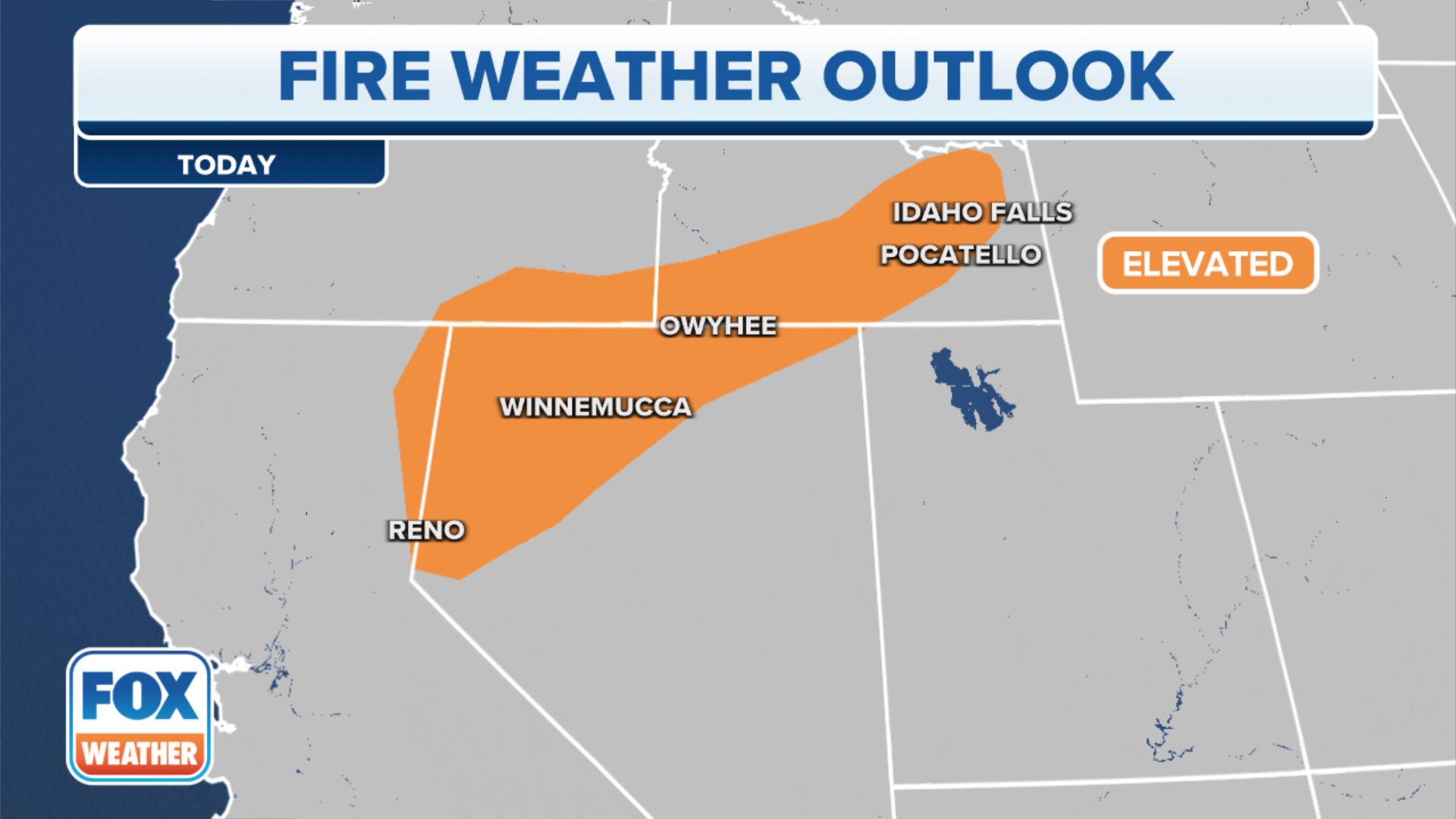 An elevated risk of wildfires exists across Nevada, as well as parts of Utah and Arizona.
(FOX Weather)

There's an elevated risk of wildfires in parts of the Southwest on Thursday, as the extremely dry conditions remain across the region.

Areas seeing the elevated risk include most of Nevada, as well as parts of northwestern Arizona and southwestern Utah.

Dry thunderstorms will also become a hazard on Thursday.

Dry thunderstorms are lightning-producing storms that produce little to no rainfall. Thunderstorms don't need rain to produce lightning, however. Cloud-to-ground lightning can strike the surface and spark a wildfire, especially if the vegetation is dry.

Gusty winds associated with the thunderstorm can fan the flames and quickly cause the fire to grow out of control. 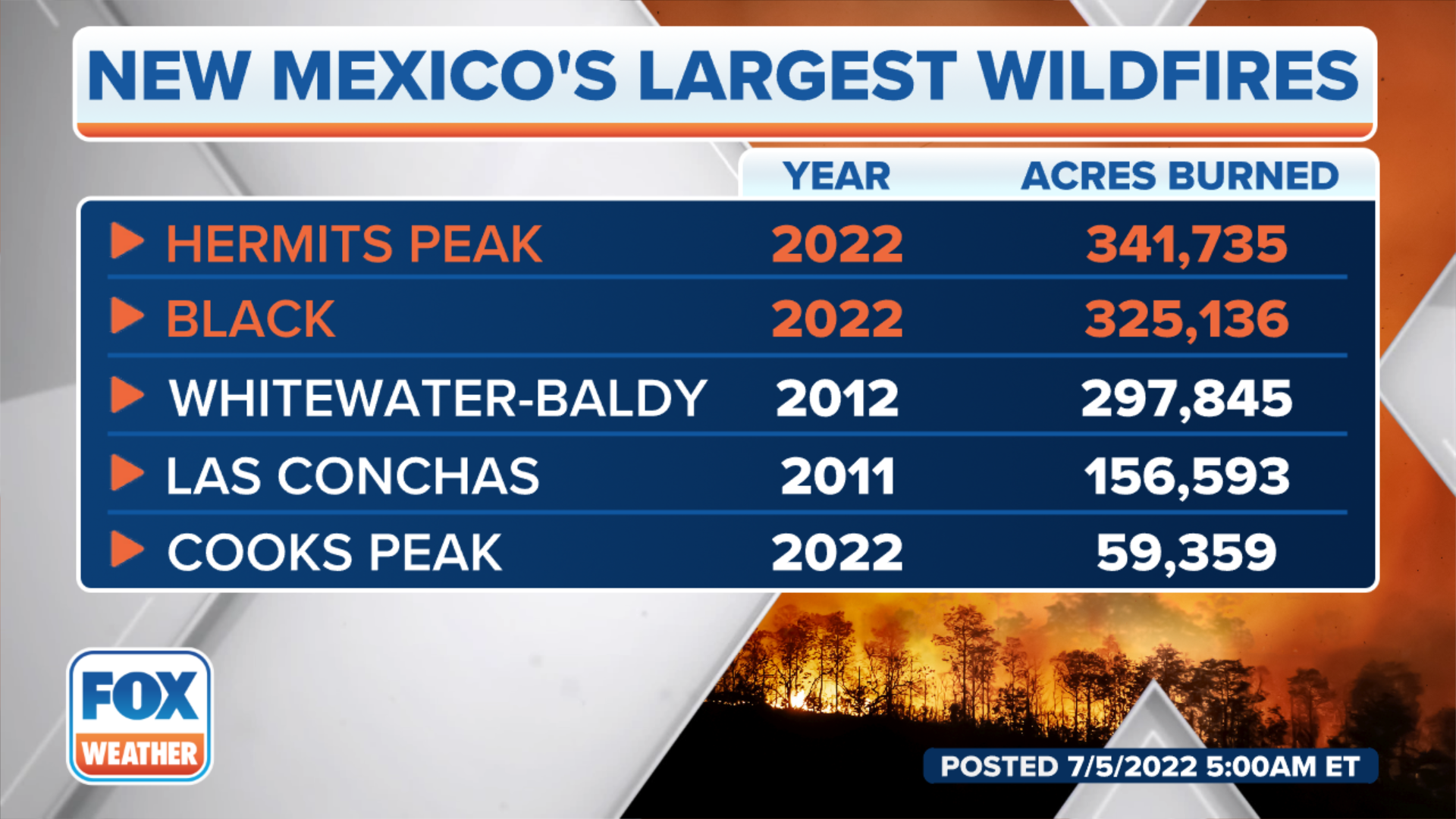 With more than 312,000 acres burned so far, the Hermits Peak and Calf Canyon Fire is now the largest in New Mexico's history.

The Whitewater-Baldy Fire burned nearly 300,000 acres in 2012 and previously held the record of being the largest fire in the state's history.