The Mullica River Fire in New Jersey is now 95% contained and has burned 13,500 acres.

Fire officials say the blaze was first spotted just after 10 a.m. on June 19 by a forest fire service observer at the Batsto Fire Tower and was fueled by windy conditions and low humidity.

The fire quickly grew and is now New Jersey's largest wildfire in 15 years. That fire in 2007 scorched thousands of acres of land in the same state forest. 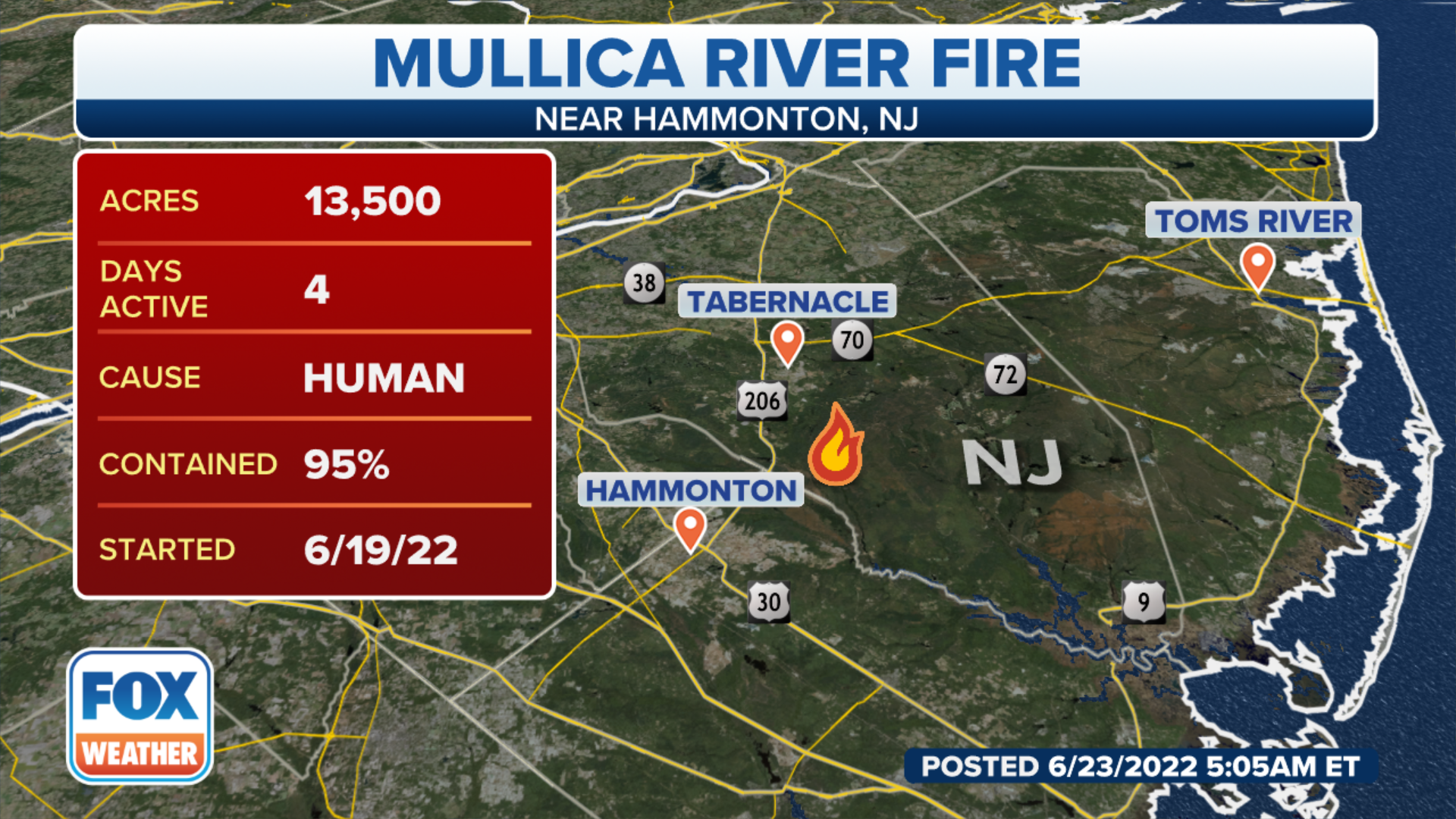 The latest information on the Mullica River Fire in New Jersey.
(FOX Weather)

As of late Wednesday morning, fire officials said the Mullica River Fire had burned about 13,500 acres and was 95% contained.

While the cause of the fire has been determined to be an illegal campfire, an investigation has been launched to try and get more information about the situation, according to the New Jersey Forest Fire Service.

Roads that were previously closed because of the fire have since been reopened, but drivers in the area are being warned that smoke may still be visible, and they should be aware that firefighters and fire vehicles may still be in the area.

Both the Atsion Recreation Area and Batsto Ville have reopened, but hiking trails will remain closed for the foreseeable future due to the active fire activity.

Also, kayaking and canoeing along the Mullica and Batsto rivers remain closed between Atsion and Batsto.