Cold front will continue to trigger rain and storms along the Gulf Coast. A large portion of the Southeast will be under a flash flood threat on Friday.

PENSACOLA, Fla. – Out with the old front, in with the new in the Southeast as a renewed threat of thunderstorms is in turn maintaining the threat of flash flooding through at least the end of the week.

The same cold front that brought severe weather to the Northeast and mid-Atlantic on Tuesday has now shifted down toward the Southeast.

The front is mixing with abundant moisture already in place, enhanced by the former tropical disturbance that had been drifting just off the Gulf Coast shores earlier this week. As much as 8 inches of rain has already fallen in parts of the Florida Panhandle.

While no tropical development is expected, the extra moisture will result in numerous showers and thunderstorms popping up daily across the area.

A frontal boundary in the Southeast will produce heavy rainfall into the weekend.

A few Flash Flood Warnings were issued Thursday due to intense and slow-moving thunderstorms in eastern Alabama. Doppler radar estimated 3 to 5 inches of rainfall fell near Auburn and over toward the Alabama-Georgia border near Columbus.

The unstable air mass is expected to continue to produce downpours at least through Saturday, with an additional 1 to 3 inches of rainfall.

"We have a lot of thunderstorms developing along the I-10 corridor on Friday, so places like Tallahassee could be in for those downpours on Friday, and then on Saturday another round of moisture moving in for the afternoon and evening," Merwin said. "Over the next three days from Alabama into the Florida Panhandle – that looks to be the hot spot where we’ll see the highest rain totals. We could see over 5 to 6 inches of rain in the next three days, so that’s why flash flooding will continue to be top of mind in the Southeast." 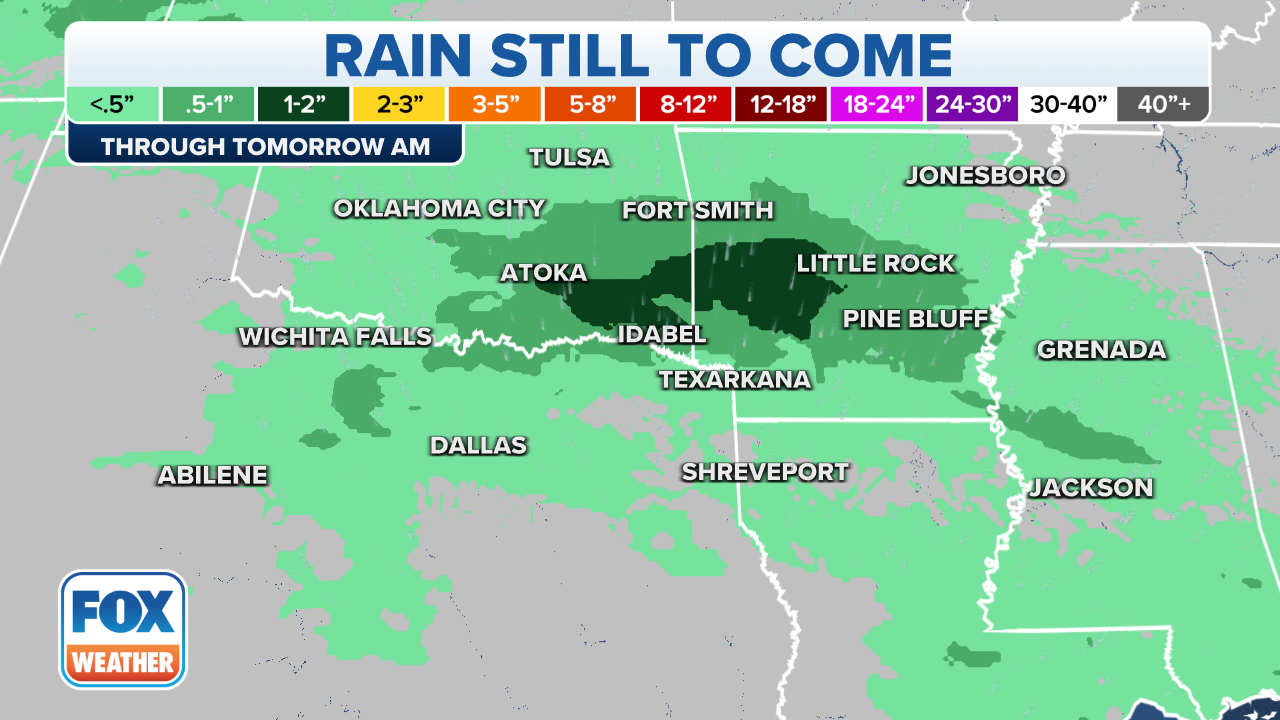 Some storms will be capable of producing damaging wind gusts more than 60 mph and plenty of lightning.