100-degree temperatures expected as heat wave continues for another week

The Southern Plains and Southwest will remain locked into a pattern of above-average temperatures, which will last well into the week.

What a month it has already been temperature-wise in Texas and across the South as the region deals with another week of record heat.

Dozens of records are expected to be broken from the Southwest, along the Gulf Coast and into the Southeast as the week continues, with many areas seeing high temperatures above 100 degrees. 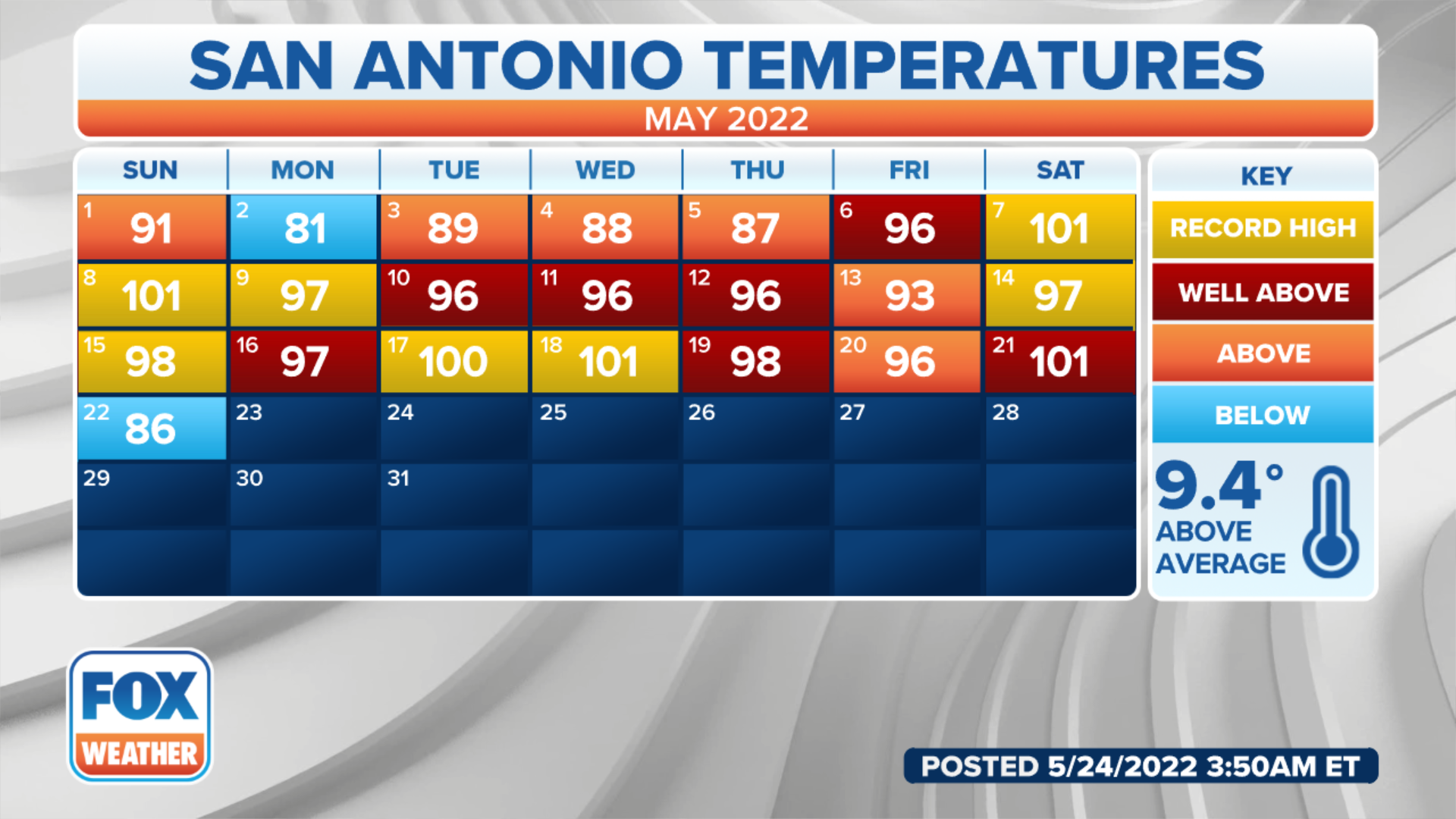 The city so far has only seen one day of below-average temperatures, and that was back on May 2 when the temperature was 81 degrees. Every other day has seen temperatures above average and breaking records.

Let's look at temperatures across the region for the next few days. 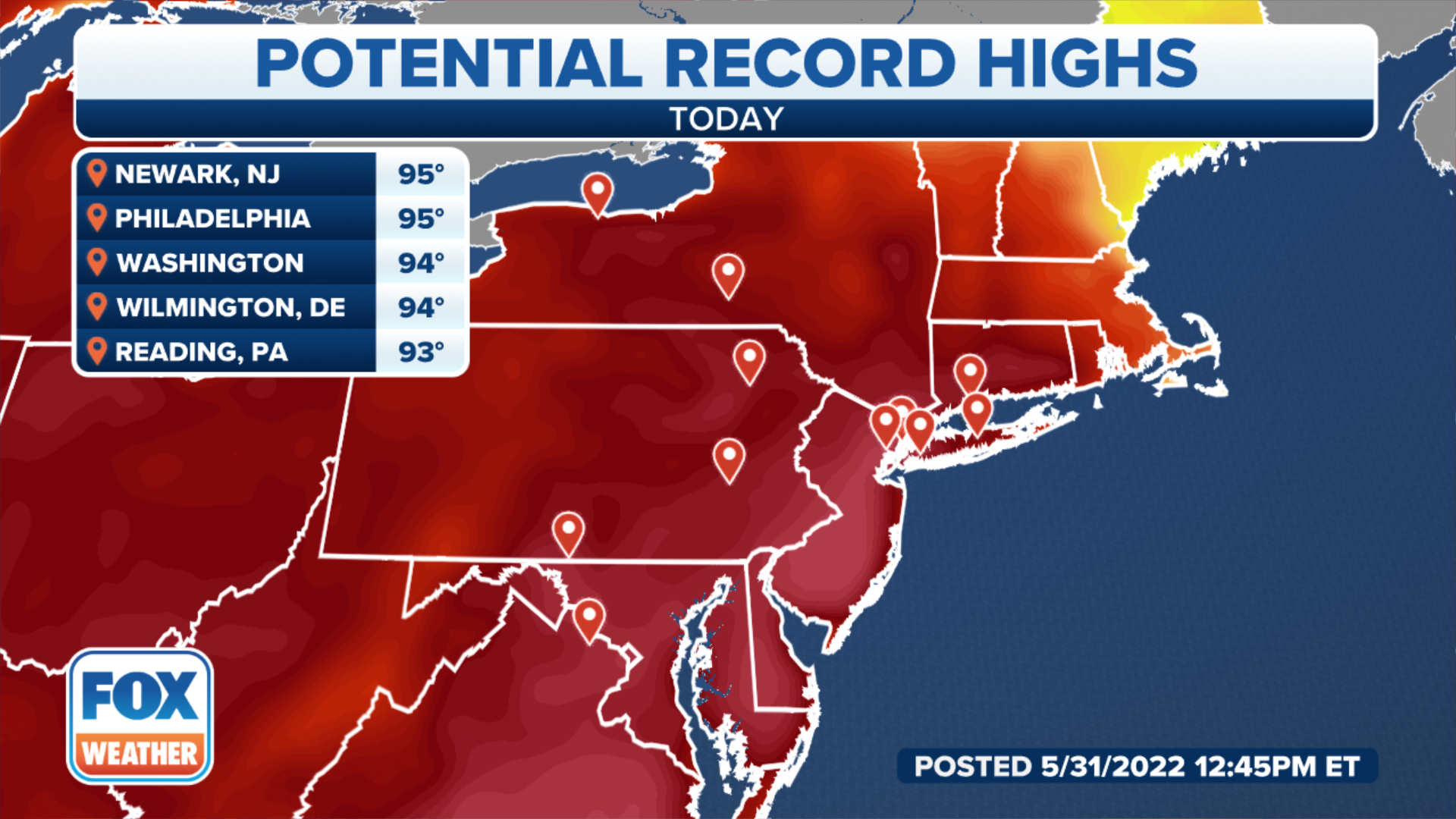 Take a look at all the records that could be broken on Tuesday.

Roswell, New Mexico, and Abilene, Childress and Laredo in Texas will all get above 100 degrees today. As the temperatures creep higher and higher throughout the day, those records will be in jeopardy of falling.

Dallas could also break a record today but will likely stay below 100 degrees.

TEXAS SAYS THEY WILL HAVE ENOUGH POWER FOR SUMMER MONTHS 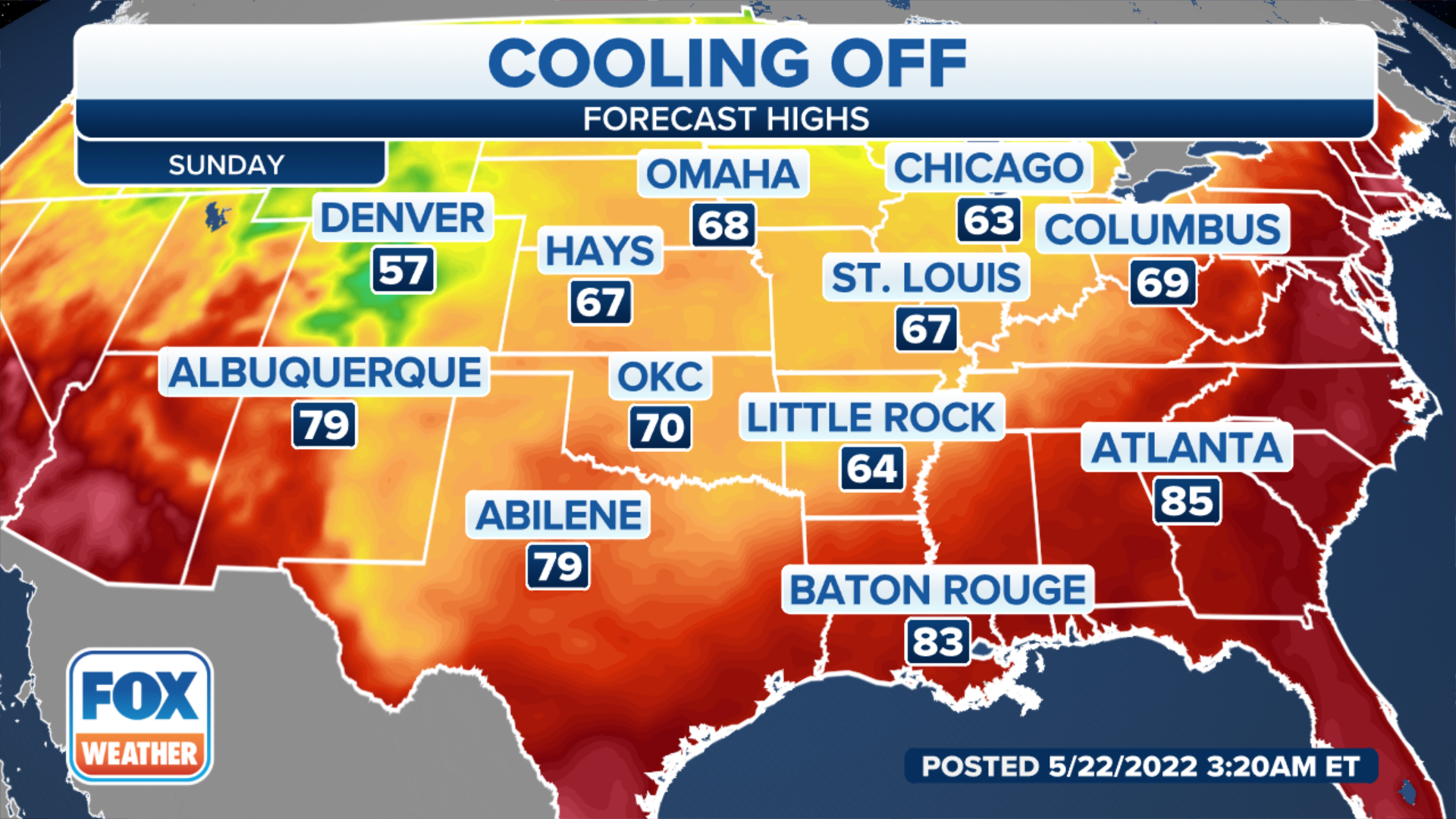 On Wednesday, many areas across Central and South Texas will really be feeling the heat once again.

Abilene will be well above 100 degrees and could get close to 110 degrees by the afternoon. Right now, we're thinking it could top off at 107 degrees, but we'll keep an eye on any changes to the forecast.

Elsewhere, another day of temperatures above 90 degrees is expected from places like Albuquerque, New Mexico, and Oklahoma City, which will get close to 100 degrees on Wednesday, to Little Rock, Arkansas, and Baton Rouge, Louisiana. 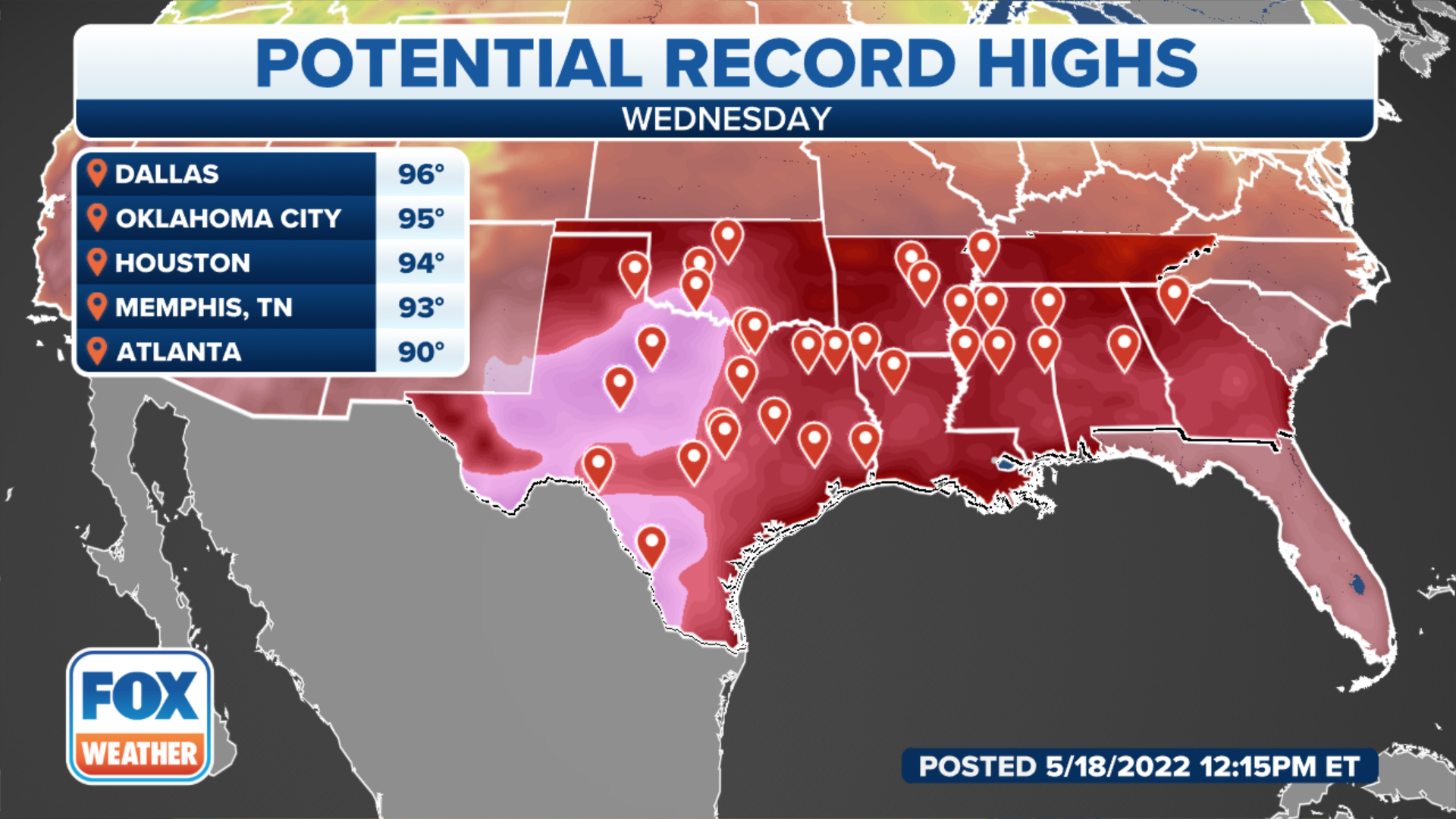 More than a dozen records could fall in the Lone Star State on Wednesday, with others in jeopardy to the north in Oklahoma and the east in Arkansas, Louisiana, Mississippi, Tennessee and Georgia. 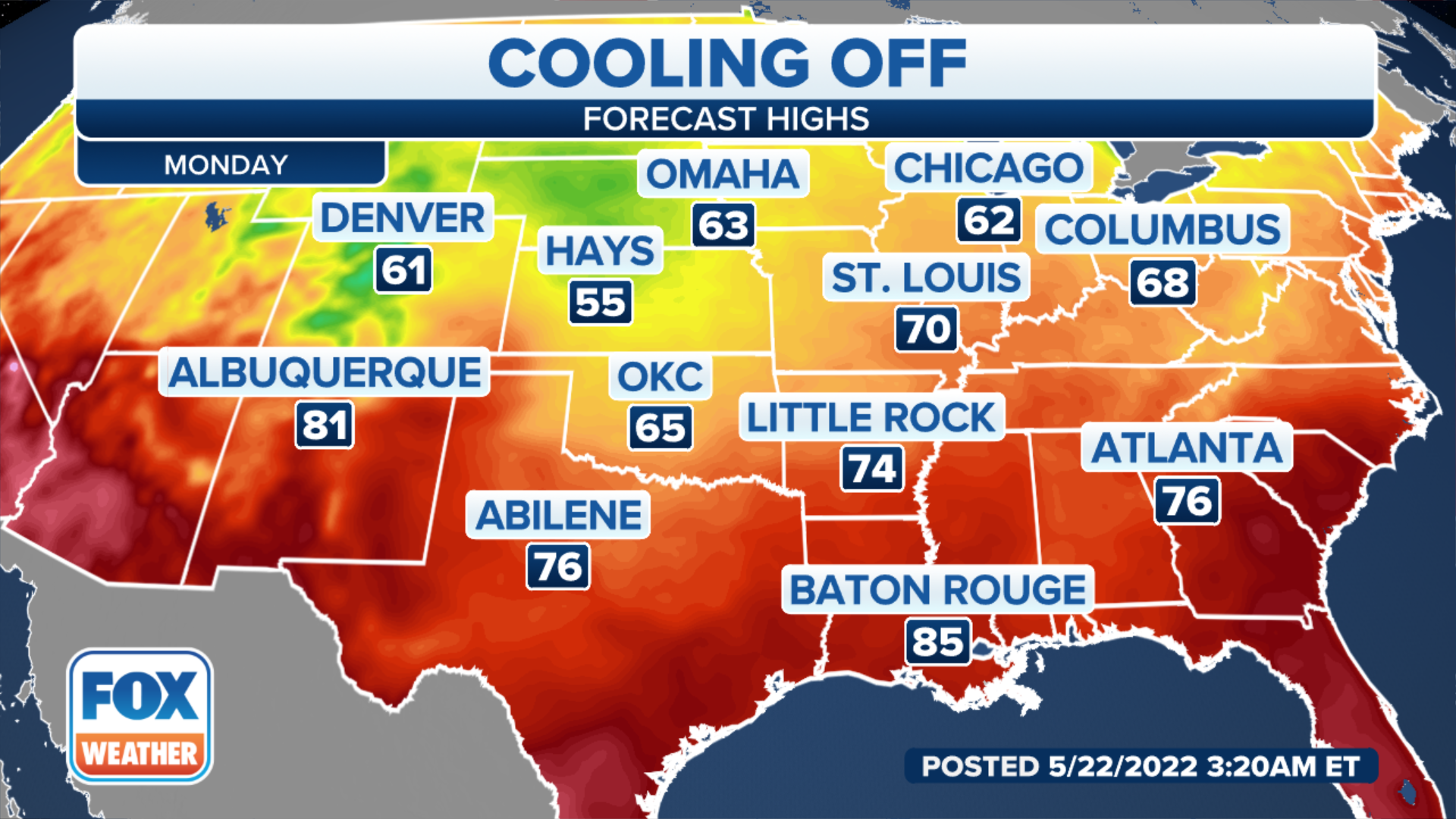 Abilene, Texas, will see another day with a high temperature of 107 degrees on Thursday, with more areas seeing temperatures at or above 90 degrees.

Albuquerque will be around 91 degrees, while Oklahoma City sees another day with a high temperature of 97 degrees.

To the north, in Hays, Kansas, the temperature is expected to reach about 95 degrees.

Those hot temperatures stretch to the east into places like Baton Rouge and Little Rock, as well as Atlanta, where it's expected to reach around 93 degrees. 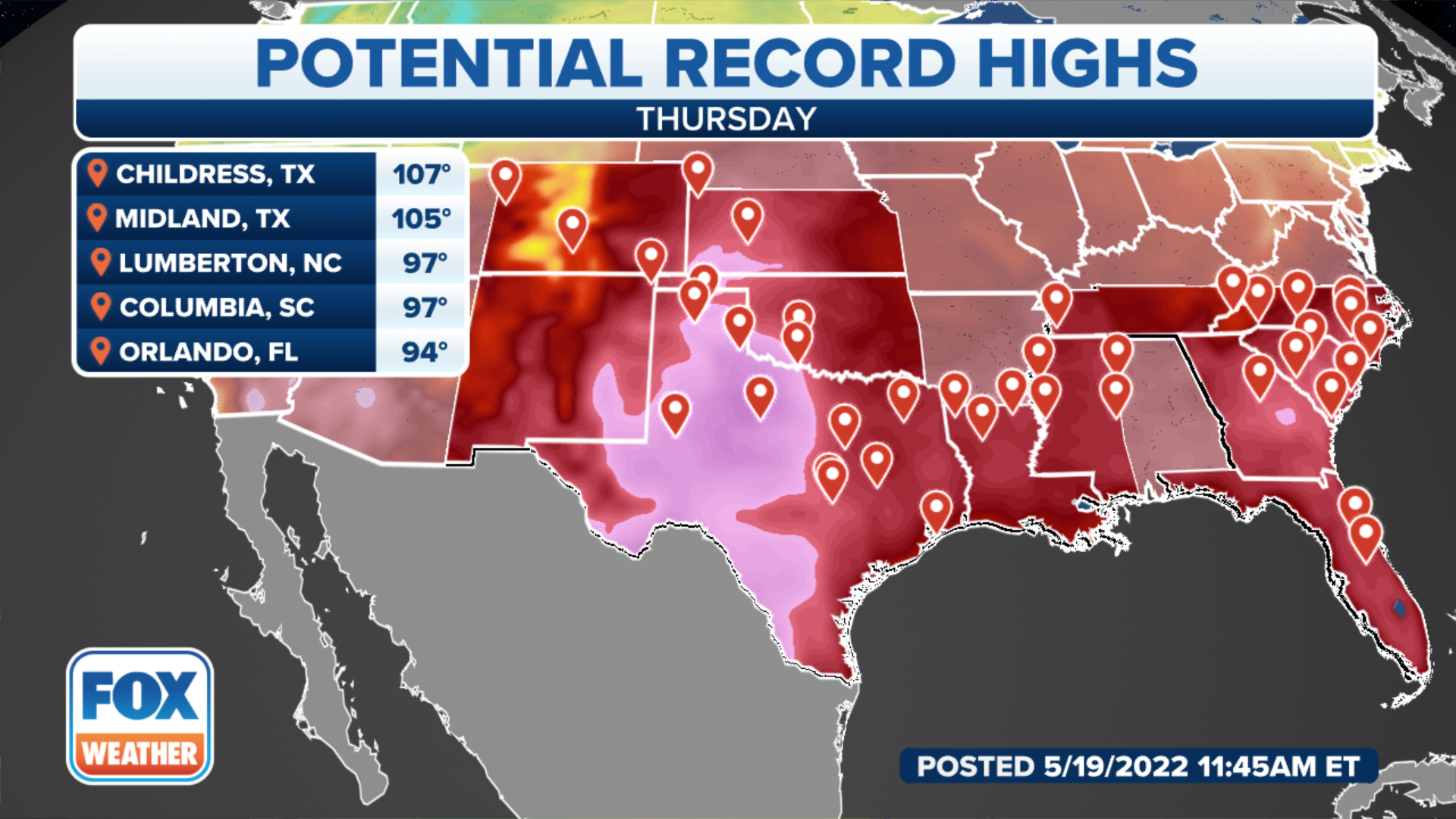 More records are in jeopardy of being broken in Texas and Oklahoma on Thursday, but more areas to the east could also see records fall.

Louisiana, Mississippi and Tennessee, which could see record-high temperatures Wednesday, will likely see another day of record-setting temperatures.

Joining the list where records could be broken are Florida and the Carolinas.