Flood Watches are in effect as monsoon rain arrives in the Southwest on Sunday.

The Southwest monsoon season kicked off June 15 and is wasting no time getting underway, as early-season monsoonal moisture surges into the region and brings the threat of thunderstorms capable of producing flash flooding.

This increase in moisture first spread across Arizona and New Mexico, then work its way north into the central Rockies. As the ground heats up, thunderstorms are expected to fire up each afternoon before diminishing in the evening as the sun goes down. 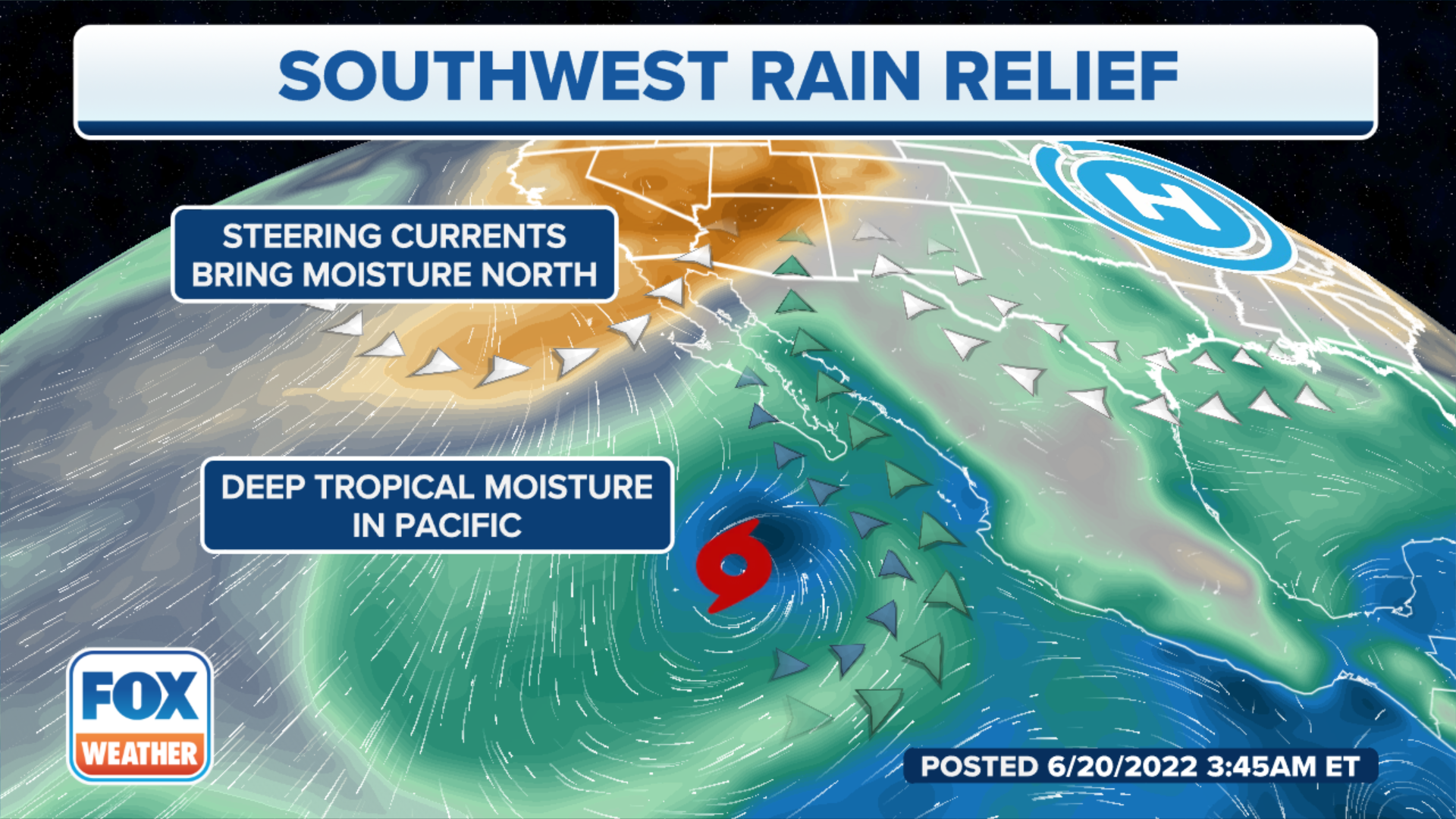 The setup that will bring monsoonal moisture into the Southwest through Father's Day weekend.
(FOX Weather)

Many of these storms will be potent with heavy rainfall rates. Flash flooding will be possible in any areas that get drenched by thunderstorms across the Southwest and the central and southern Rockies.

NOAA's Weather Prediction Center has highlighted this region as having a risk of excessive rainfall through Sunday evening. Areas most prone to flash flooding are near residual burn scars across the Four Corners region and northward into southern Wyoming.

Meanwhile, some thunderstorms may not contain much rainfall in parts of the Great Basin, resulting in dry thunderstorms. These storms could ignite other wildfires in parts of southwestern Wyoming, eastern Utah and into the heart of the Four Corners region.

Check out where the storms have been for the past few hours.
(FOX Weather)

There is a critical risk of fire weather from the central Great Basin southward into the lower Colorado River Valley on Friday, as well as an elevated risk in the central High Plains. These same areas are expected to have a continued threat of fire weather into at least the first half of the weekend as strong winds, low humidity levels and dry fuels are forecast to persist.

Track the storms in your area with the FOX Weather app. The free FOX Weather livestream is also available 24/7 on the website and app and on your favorite streaming platform. The FOX Weather Update podcast also provides weather information for the entire country.